Tar spot is a foliar disease of corn that has emerged as a dire economic threat to the United States Corn Belt. Tar spot is caused by an obligate fungal pathogen Phyllachora maydis which reduces corn grain yield and quality.

The economic impact of tar spot in the U.S. is predicted at $231 Bil reduction in U.S. revenue per every 1% reduction in corn yield due to this disease. 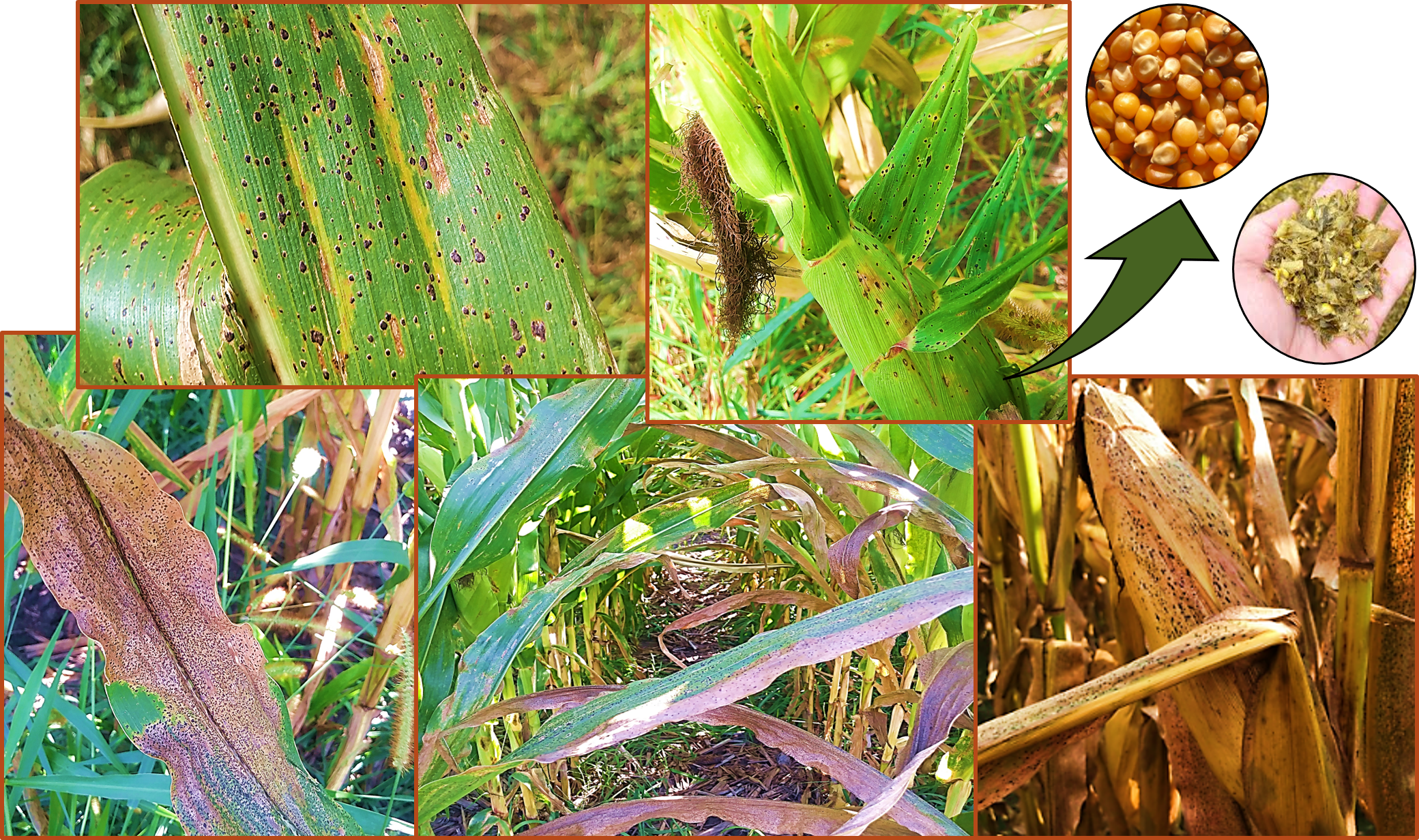 The causal pathogen has been endemic to Latin America since 1904, and for the first time detected in the U.S. in 2015 in Illinois and Indiana where it was presumed to cause no economic threat.

Little is known about tar spot management in the U.S. and is based solely on strategies that have been implemented in Latin America. To date, field screening of U.S corn germplasms for the identification of genetic resources for tar spot resistance has been scarce.

Fungicides are available to manage the disease here in the U.S, conditions, and timings of fungicide application(s) for best protection and control are not fully established.

The question lies: How do we manage this disease and reduce the threat it poses to corn production in northern Indiana?

In our lab, we are employing various foliar fungicide tactics for tar spot management in northern Indiana.

Trials will be repeated for three (3) years and data collected will be analyzed for the best options.