SNOOPIng on our water from space

Sometimes you need to get far away from something to see it clearly. Take subsurface soil moisture, the water available to plants for absorption at the root level. This needs to be measured accurately for food production vital to a growing global population. The data, along with snowpack measurements, also could help predict floods and droughts; improve water management for agriculture, hydroelectric power and drinkable water; and assist in weather forecasting.

Space provides a great vantage point for these and other observations on a global scale. Satellite instruments using radio waves provide a large-scale, unobstructed view of the planet without regard to geographical boundaries. However, a significant limitation in making these observations from orbit is that only a few radio frequencies are sufficiently protected from interference to make such sensitive measurements.

My research, known as “Signals of Opportunity” (SoOp), seeks to expand this range by extracting information from existing communication satellite transmissions. SoOp will allow measurements to be made using many frequencies previously unavailable for scientific use.

In particular, we will capture the P-band radio signals (the band between 225 and 390 MHz) from telecommunications satellites orbiting more than 20,000 miles above Earth’s surface. P-band is sensitive to moisture levels down to about 30 cm below the surface, reaching the important “root zone.”
I am the principal investigator for a NASA CubeSat mission — Signals Of Opportunity: P-band Investigation (SNOOPI) — that will demonstrate the feasibility of root-zone soil moisture measurement from space using P-band SoOp. SNOOPI will operate differently than other radar remote sensing missions; instead of generating and transmitting its own radio signals toward Earth and analyzing the returned signal, it will take advantage of already-available telecommunications signals.

While NASA’s Soil Moisture Active Passive (SMAP) mission currently is gathering soil moisture data, it uses the higher-frequency L-band (1,000–2,000 MHz), which is sensitive to water only in the top 2 inches of soil on the surface of the Earth. SMAP can’t gather moisture readings at the root level and has trouble measuring soil moisture in more problematic terrain, such as forested and mountainous areas.

NASA’s vision is that scientists ultimately could fly a constellation of tiny satellites employing this technique to determine the amount of water stored in root-zone soil and snowpack — measurements not possible with current space-based technology.

SNOOPI will be the first on-orbit demonstration of using P-band signals of opportunity when the CubeSat is deployed into a low-Earth orbit in 2021. NASA’s Goddard Space Flight Center and Jet Propulsion Laboratory will build the satellite and prototype instrument under our lead; funding comes from NASA’s Science Mission Directorate for the In-Space Validation of Earth Science Technologies (InVEST). Purdue Adjunct Associate Professor David Spencer (School of Aeronautics and Astronautics) will lead the science operations center, and Purdue students in our Space Flight Projects Laboratory will support the project.

Many new missions, employing many new technologies, are being planned for Earth observation from space. It’s a remarkable way to see the “forest from the trees” — in our case, the moisture in the soil beneath, which sustains all life rooted on Earth. 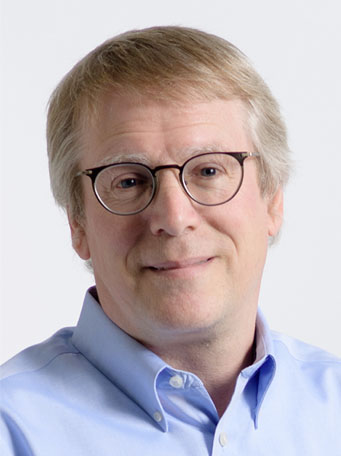 This story originally appear on Medium.Com