Net return to land from 1996 to 2017 from a landowner perspective were computed for a case farm in west central Indiana. The case farm had 3000 crop acres and utilized a corn/soybean rotation. Lease arrangements examined included a crop share lease, a fixed cash rent lease, and a flexible cash lease.

With the crop share lease the landlord received 50 percent of all revenue (crop revenue, government payments, and crop insurance indemnity payments). In addition to providing the land, the landowner paid 50 percent of seed, fertilizer, and chemical (herbicides, insecticides, and fungicides) expenses as well as 50 percent of crop insurance premiums. The case farm participated in the ARC-CO program and purchased 80 percent revenue protection coverage.

Fixed cash rents were obtained from the annual Purdue Farmland Value Survey. Specifically, cash rents for average productivity land in west central Indiana were used. The flexible cash lease arrangement used a base cash rent that was 90 percent of fixed cash rent. In addition to the base case rent, the landowner received a bonus of 50 percent of the revenue above non-land cost plus base cash rent if revenue exceeded non-land cost plus base cash rent. Revenue included crop revenue, government payments, and crop insurance indemnity payments. All cash and opportunity costs, except those for land, were included in the computation of non-land cost. More discussion regarding possible parameters that can be used for flexible cash leases can be found here.

Comparisons of Net Return to Land among Leasing Arrangements

Schnitkey, G. “Parameters for a 2016 Cash Rent with Bonus.” farmdoc daily (5):165, Department of Agricultural and Consumer Economics, University of Illinois at Urbana-Champaign, September 9, 2015. 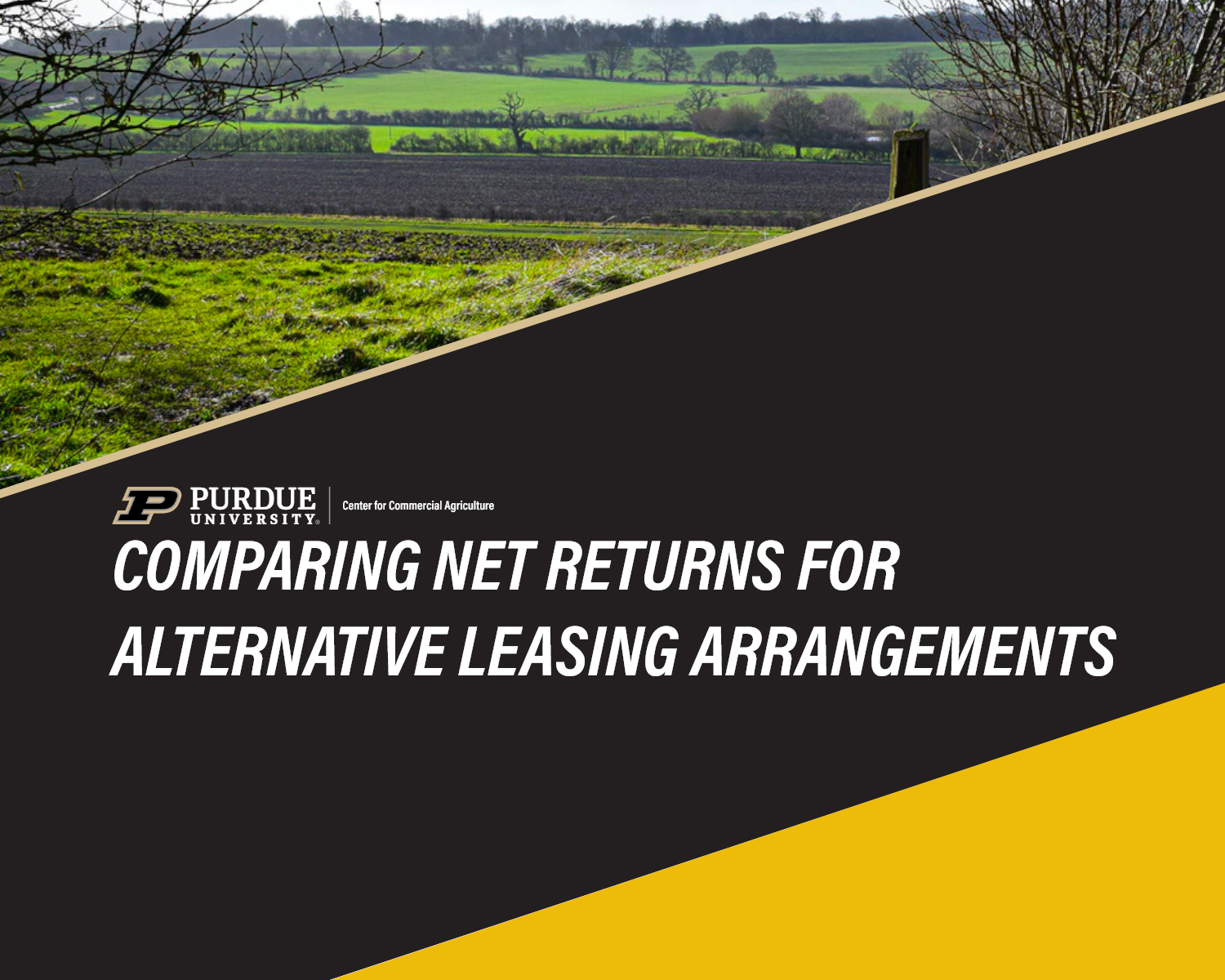 There are several key factors driving potential changes in farm land values.  These factors include cash rent, working capital, supply of land, interest rates, inflation, and investment potential of farmland compared to other investments such as the stock market, corporate bonds, or similar assets.  Let’s take a look at these factors in two groups.

Purdue agricultural economists Brady Brewer and Todd Kuethe discuss the farmland market during today’s episode. With the COVID-19 pandemic and the unprecedented year 2020 is presenting, Todd talks about what has been happening in farmland pricing, sales, policy, and interest rates.