The Purdue Center for Commercial Agriculture’s Crop Basis Tool can be used to examine weekly nearby and deferred basis for corn and soybeans in Illinois, Indiana, Michigan, and Ohio. Daily cash price data from individual grain elevators and processors are averaged within each crop reporting district to create a regional average cash price series. The regional average cash price data is used to compute weekly basis (cash price minus futures price) for corn and soybeans, using Wednesday cash and futures prices to generate weekly basis data for each crop and crop reporting region. The number of buyers vary by crop reporting district and by week, depending on how many buyers choose to report their cash prices. Cash price data are provided by DTN and represent approximately 2,000 buyers across the four states.

To facilitate comparisons across years in the Crop Basis Tool, a crop year is defined as having 48 weeks with four weeks per month. When a month has five Wednesdays, prices from the fourth and fifth Wednesdays are averaged and reported as the fourth week. As a result, Week = 1 is the first week of September (beginning of the crop year), Week = 5 is the first week of October, and so on. 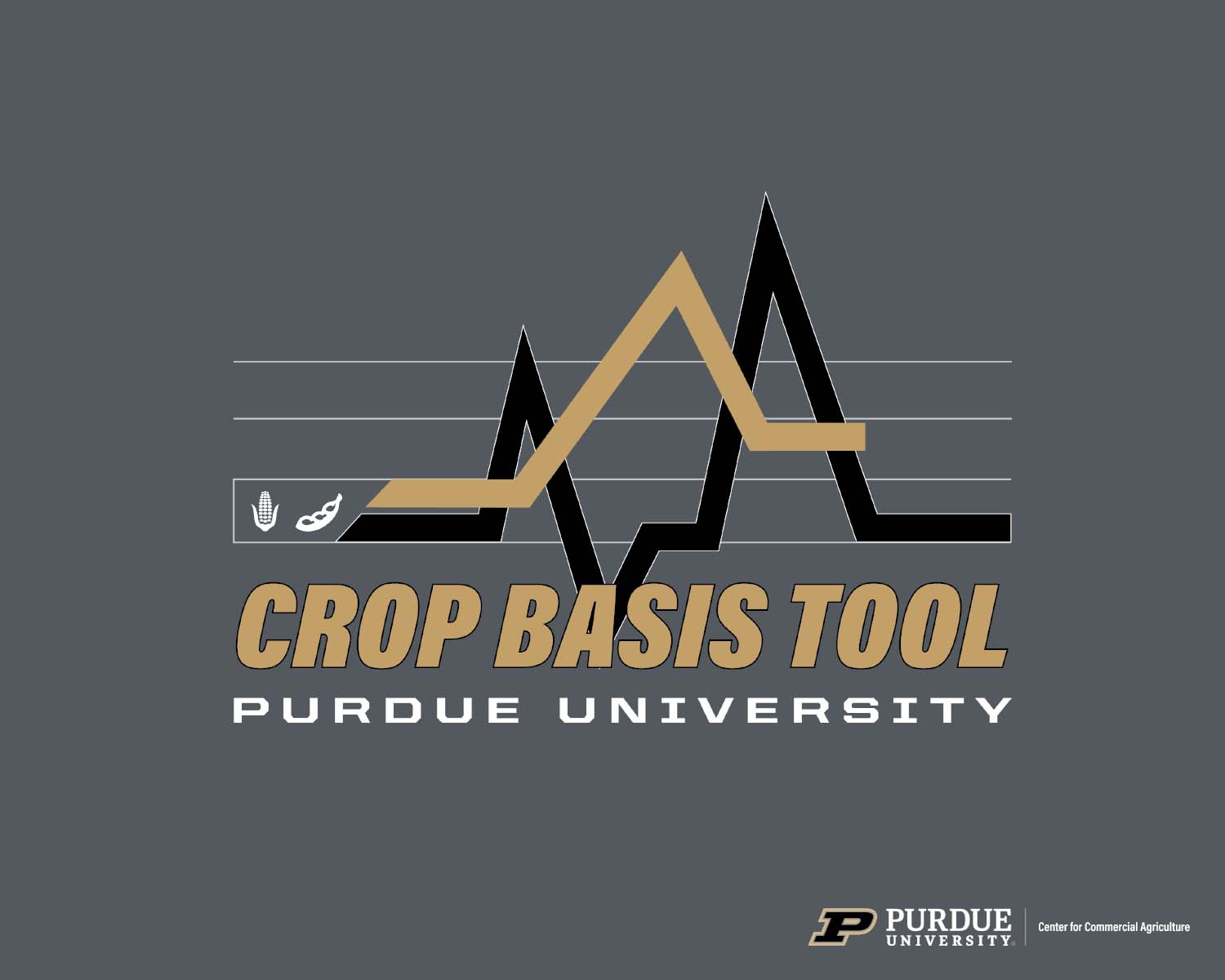 Dr. Chad Hart, crop marketing specialist from Iowa State University, joined Purdue’s Brady Brewer on January 6, 2023 at the Purdue Top Farmer Conference to discuss the key factors he is monitoring that will impact both the corn and soybean price outlook in 2023 and 2024.