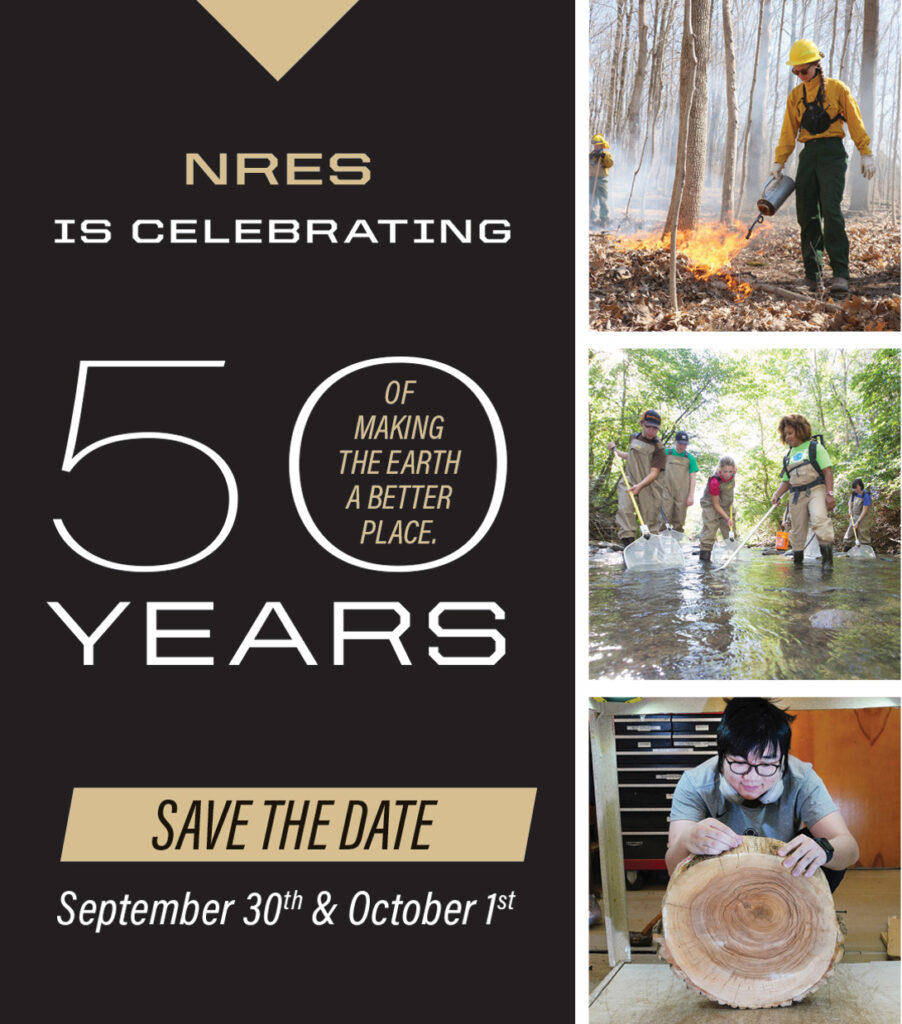 The Natural Resources and Environmental Science (NRES) program celebrates a half century of making the earth a better place on September 30 and October 1. Events include opportunities for networking, service and connecting with NRES friends across the decades.

To commemorate the anniversary, a new undergraduate scholarship has been established to honor two of the longest serving NRES program directors, William (Bill) McFee and John Graveel. Alumni can also share their memories by submitting photos, messages or videos about their time at Purdue and NRES.

NRES is an applied, science-based program that focuses on environmental management, policy and science. See more details about the 50th anniversary celebration.