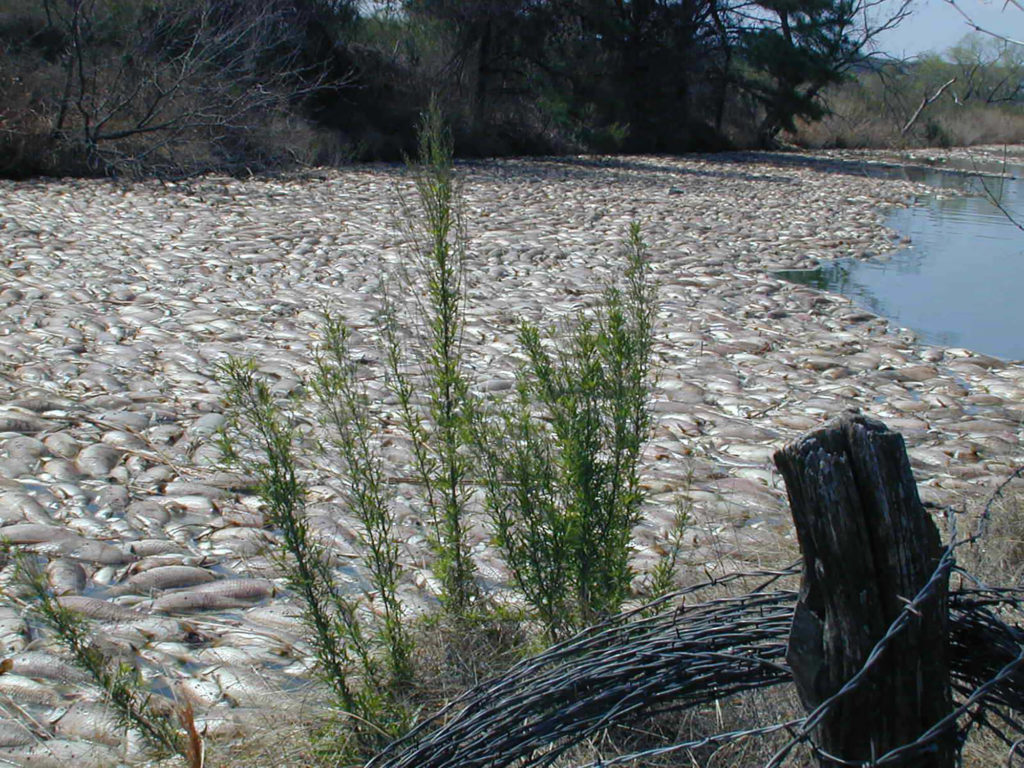 Algal blooms grow in all 50 states and across the globe, yet they largely remain a mystery. A nearly $2 million National Science Foundation grant gives Jennifer Wisecaver, assistant professor in the Department of Biochemistry, the opportunity to learn what conditions lead to these disruptions in aquatic ecosystems.

Some strains of golden alga, the focus of Wisecaver’s research, release toxins that assist in feeding on other organisms. The algae can then outcompete those organisms, causing rapid growth in population and high-density blooms.

“It’s often assumed that algae, like most plants, get all their energy from the sun,” Wisecaver says. “In reality, golden algae can be voracious predators.” Golden algae swarm to eat other non-toxic algae, small animals and possibly even fish, attacking their gills.

This research could help scientists predict, and possibly prevent, certain blooms and fish kills. Golden alga has killed over 34 million fish in Texas since the 1980s, and toxic blooms are becoming more frequent.

Wisecaver’s team will isolate cells from bloom samples. By finding shared genetic traits, Wisecaver hopes they can determine what activates the toxicity.

“Our hypothesis,” Wisecaver explains, “is that prior modeling efforts to understand golden alga blooms were unsuccessful because they focused on abiotic factors such as temperature, salinity, levels of nitrogen and phosphorus. We argue that it is just as important to understand the ecology and genetics of a bloom.”