With the war in Ukraine entering its seventh month and the impact of the COVID-19 pandemic still being experienced, growing challenges threaten the world’s economic and food security. A panel of Purdue University College of Agriculture experts in the areas of food and economic security and energy share their perspectives on these critical issues. 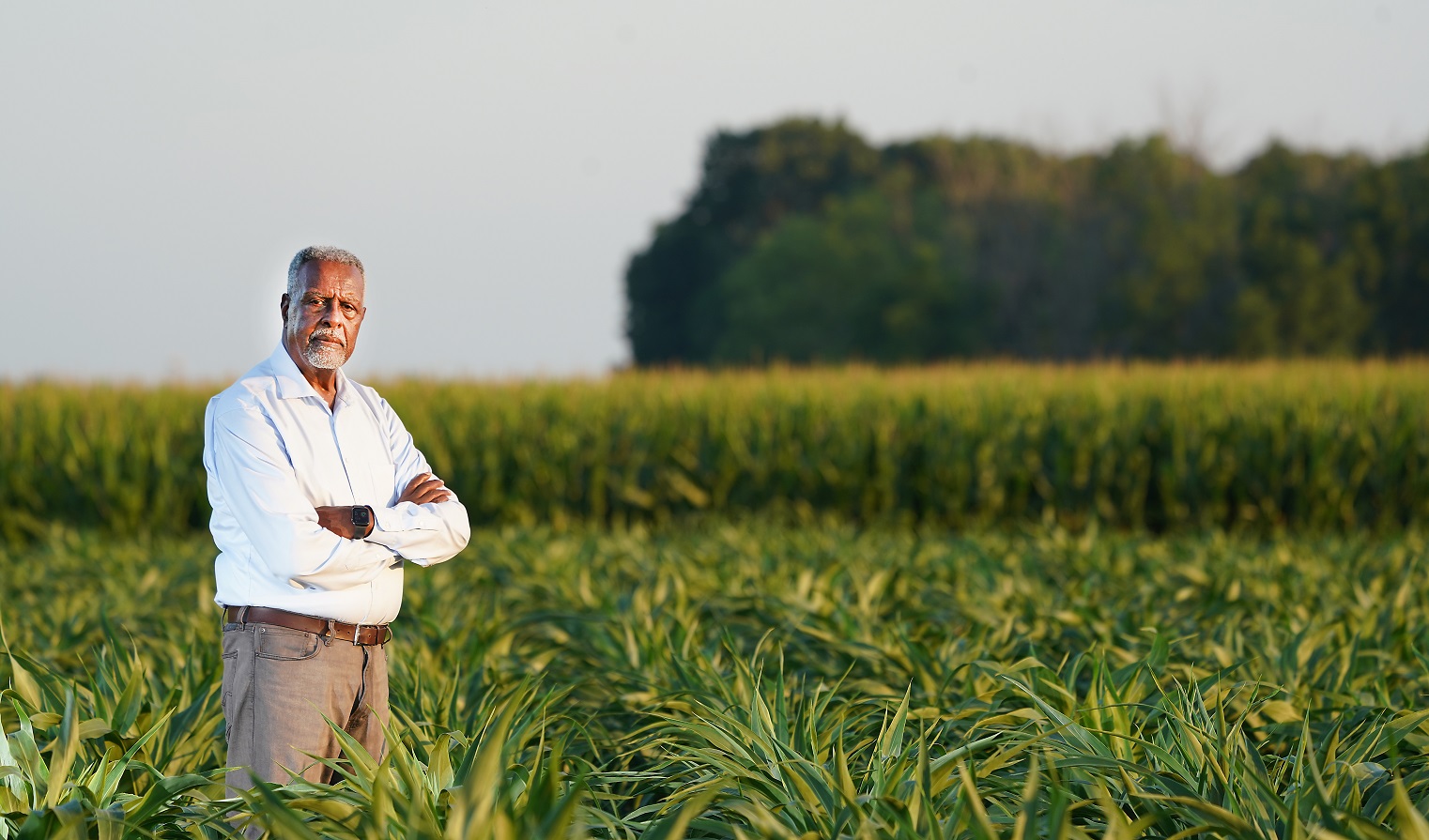 World Food Prize Laureate and professor of agronomy Gebisa Ejeta is an expert in the areas of food security, international agriculture and global development. He has served at the highest levels of science and policy advisory, including as Special Advisor to the USAID Administrator, Science Envoy of the U.S. State Department. and as a member of the National Academy of Sciences Board on Agriculture and Natural Resources, the U. S. Gov. Board for International Food and Agricultural Development, and the UN Secretary’s Scientific Advisory Board.

There has been a convergence over the past several years of many things threatening global food security. Climate change events like increased pests, severe droughts and floods have reduced harvests. COVID-19 shocked and disrupted the food supply chains and led to increased food prices, and conflicts around the world – including the war in Ukraine – have created uncertainty in our ability to feed the world.

The poor have always been the most vulnerable to food insecurity. Unfortunately, that has become even worse today. In the past when there was a food crisis, governments of developed countries would help others. However, with COVID and the war in Ukraine, developed countries faced urgent challenges themselves and turned their focus inward.

Global food security continues to be the foremost challenge of humanity. The World Food Prize laureate recently authored and sent an open letter to the G7 about the triple threat facing global food security today: COVID, climate change and conflict.

The global economy shift to globalization that started in the latter part of the last century recognized interdependence and led to resources being used more efficiently and opening up economic opportunities for many around the world. Over the past 10-20 years, the global economy has grown, including those of several poor developing nations.

Unfortunately, in many of these economies, gaps between the haves and have-nots also continued to grow. Hunger and poverty prevail in both poor and rich nations. In several of the poor nations economic growth did not sufficiently raise gainful employment for many and unemployment among the youth increased.

To make things even worse, Ejeta observes, there has been a more recent trend away from globalization to a more populist and politically nationalistic view. This shift can lead to isolation and neglect of those who are poor.

“I am bothered by the inequity around the world both within and between nations,” Ejeta said. “The gap is growing. It is a gap in resources and in the knowledge base. For the betterment of humanity, we need to narrow these gaps. There are still abundant natural resources and a sufficient knowledge base to support more equitable economic opportunities to feed, nourish and shelter humanity and keep our planet in perpetuity.” 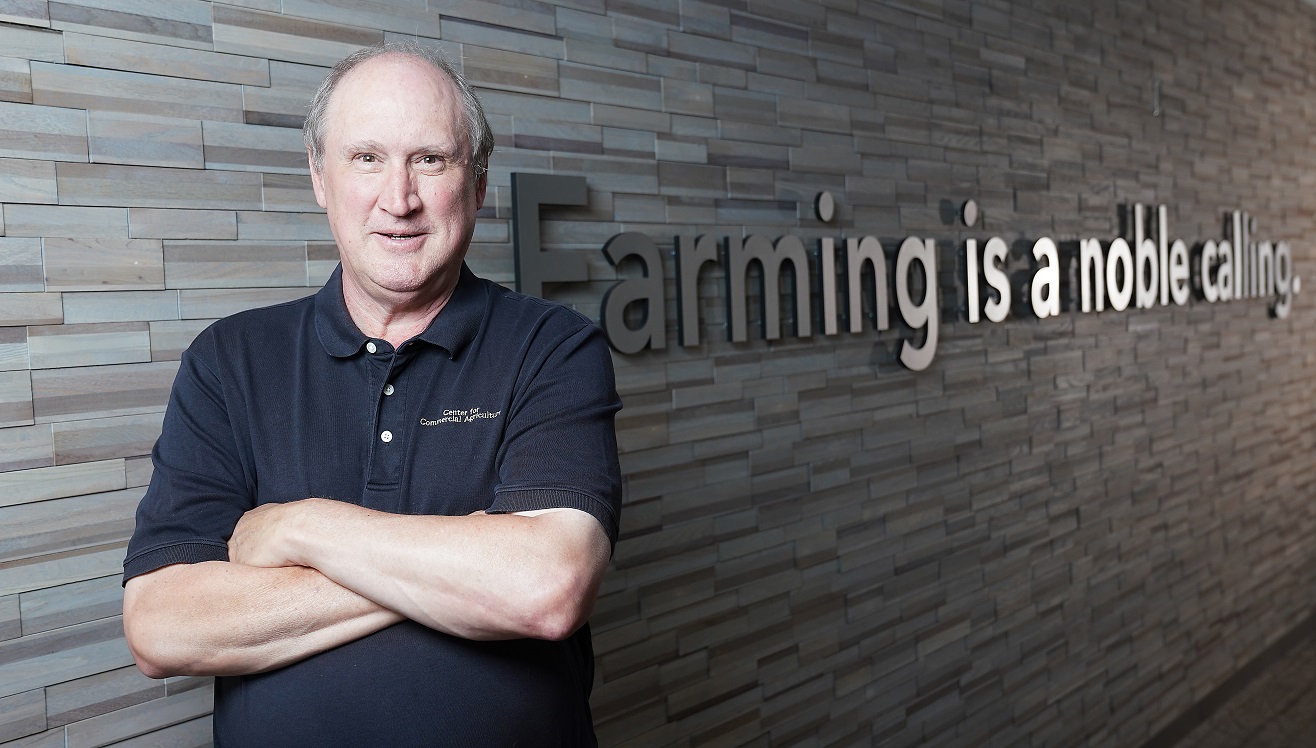 Langemeier is an expert in agricultural finance and farm management. Through his work with Purdue Extension, his mission is to bring continuing education to farmers, agribusinesses and the general public.

The input costs for farming have changed dramatically in the last year or so. There are herbicide shortages, fertilizer costs have increased, and almost all of the key materials associated with producing crops have increased in price. In addition, indirect costs like diesel fuel price increases hit agriculture through farm machinery and trucking.

Uncertainty is having a big impact on both farmer sentiment and commodity prices.

Many things U.S. farmers need come from other countries. Herbicides come from China, as well as some parts for machines. Certain components of fertilizer come from Russia and Canada. We are not isolated from what happens in other parts of the world.

The margins for farmers, which are how they earn a living, have shrunk. The prices of agricultural inputs, like fertilizer, have increased. This drives up the breakeven prices for crops and makes it difficult for farmers to plan for the year.

Agriculture can’t be rushed and is a relatively slow process. The industry can’t respond immediately to changing needs and demand. Farmer sentiment has been volatile since COVID. Supply chain issues from COVID have not yet been resolved, which puts pressure on all businesses. 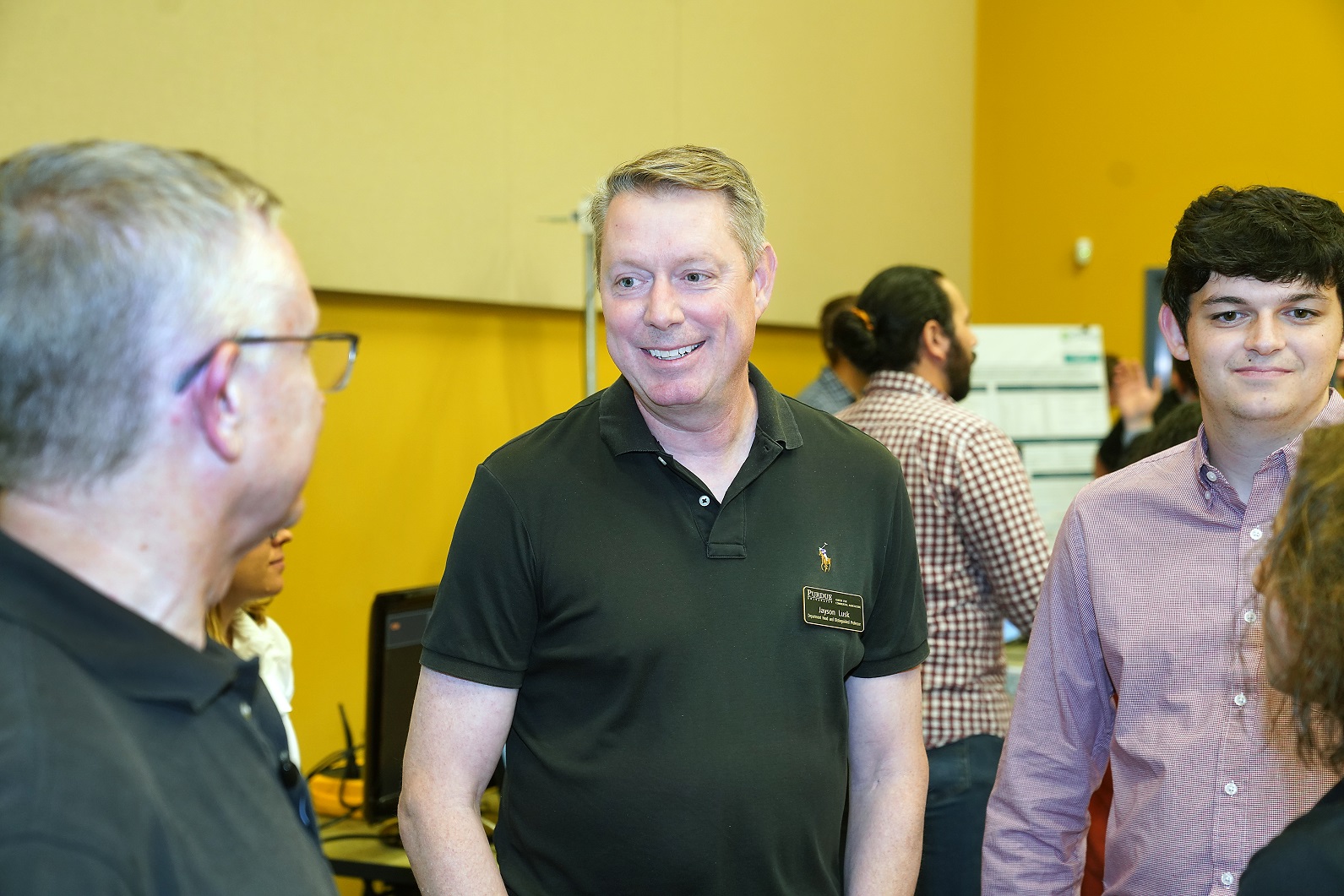 Economic conditions and food supply disruptions are occurring that could lead to political instability in more countries across the globe and that creates reason to be concerned. We are facing rates of inflation at a level not seen since the seventies, and food prices are increasing at a faster rate than other things.

The agricultural system can’t immediately increase supply. The hamburger you are eating today is the result of decisions made three years ago.

We need to understand the impacts when a primary source of a necessity item is shut down. The FDA needs to have a plan in place for situations like what happened to baby formula supplies when a major plant shut closes.

To make supply chains more resilient we need to invest in agricultural research to increase productivity, efficiency and quality.

Better storage facilities and postharvest management would reduce food waste. To improve the global food supply we need to improve the infrastructure in developing countries.

More investment in processing capacity would make the supply chain more resilient. It is sort of like an insurance policy for the food supply system. There is a cost, but it is a good thing to have just in case.

“There are definitely concerns, but don’t forget the good things about our food system. Even in these disrupted times, there is plenty of food in the U.S. One shelf might be empty, but the one next to it is full. The system has responded remarkably well to the unexpected situations we have faced.” 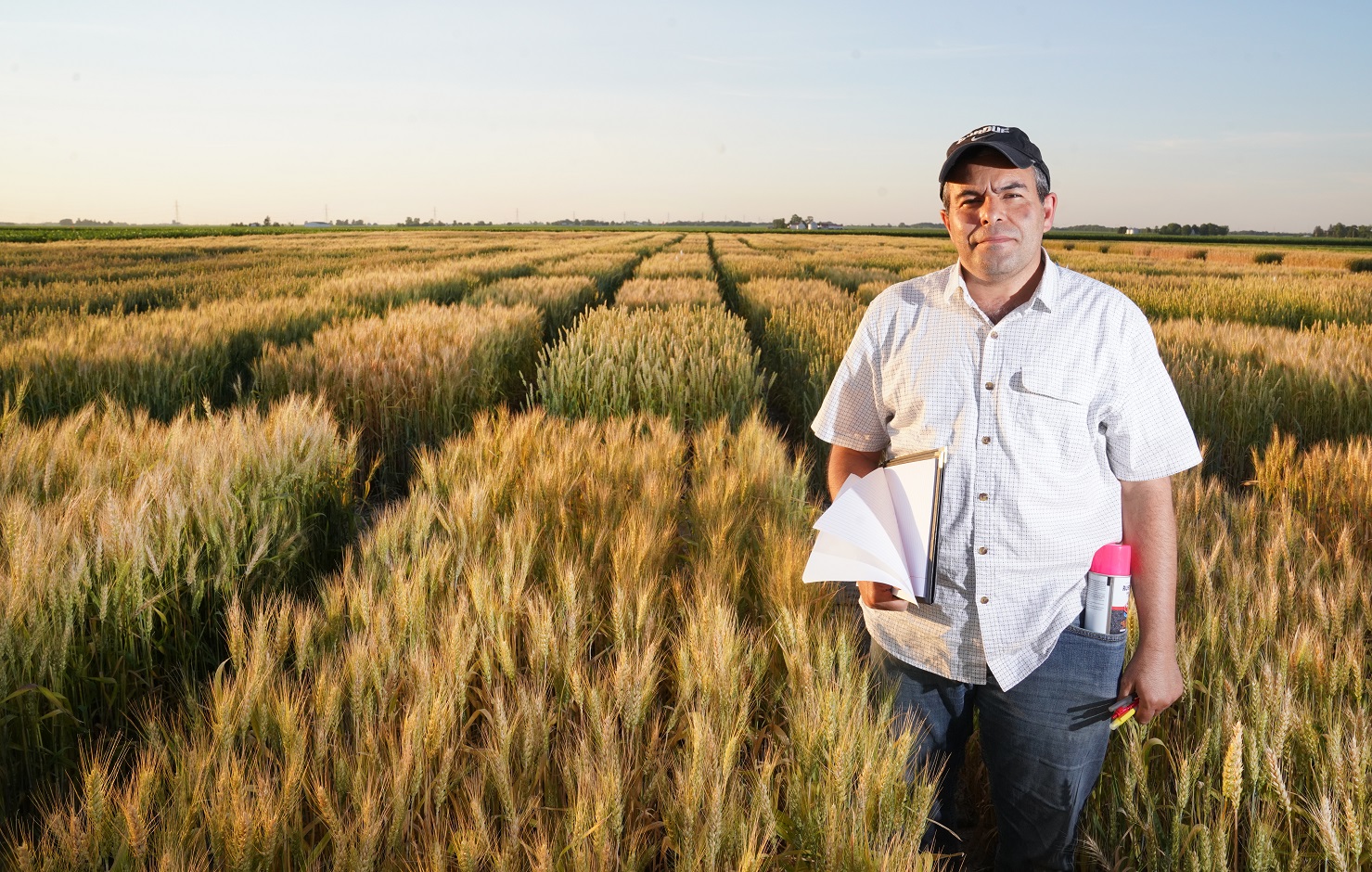 Mohammadi is a wheat breeder and geneticist. His research focus is small grains breeding and quantitative genetics.

There is no other supply to substitute for the Ukrainian wheat. This season the best thing everyone can do for global food security is to collect and facilitate the trade of wheat to get it where it needs to go.

We don’t know what will happen with this season’s crops in Ukraine. Will they be able to get fertilizer for massive amounts of land? Ukraine typically imports around $1.5 billion worth of fertilizer. If they don’t get it from Russia, where will they get it? The U.S., for example, is a long distance away, which adds a significant expense.

Wars are terrible, but we will be hit harder by climate change and environmental crises. Water scarcity and pollution can eradicate fields.

If we sum up the number of people in the world versus food, we have enough for the time being if it is distributed properly. However, in the future temperatures will increase and there will be less water. Production will decrease or stop because of severe drought.

International partnership is critical to bridge the gap from here to our full potential. We must open the doors and our share knowledge and innovations. It is the ultimate extension of our land grant mission. We must turn those who can’t currently produce very well into good producers, at least to their potentials. 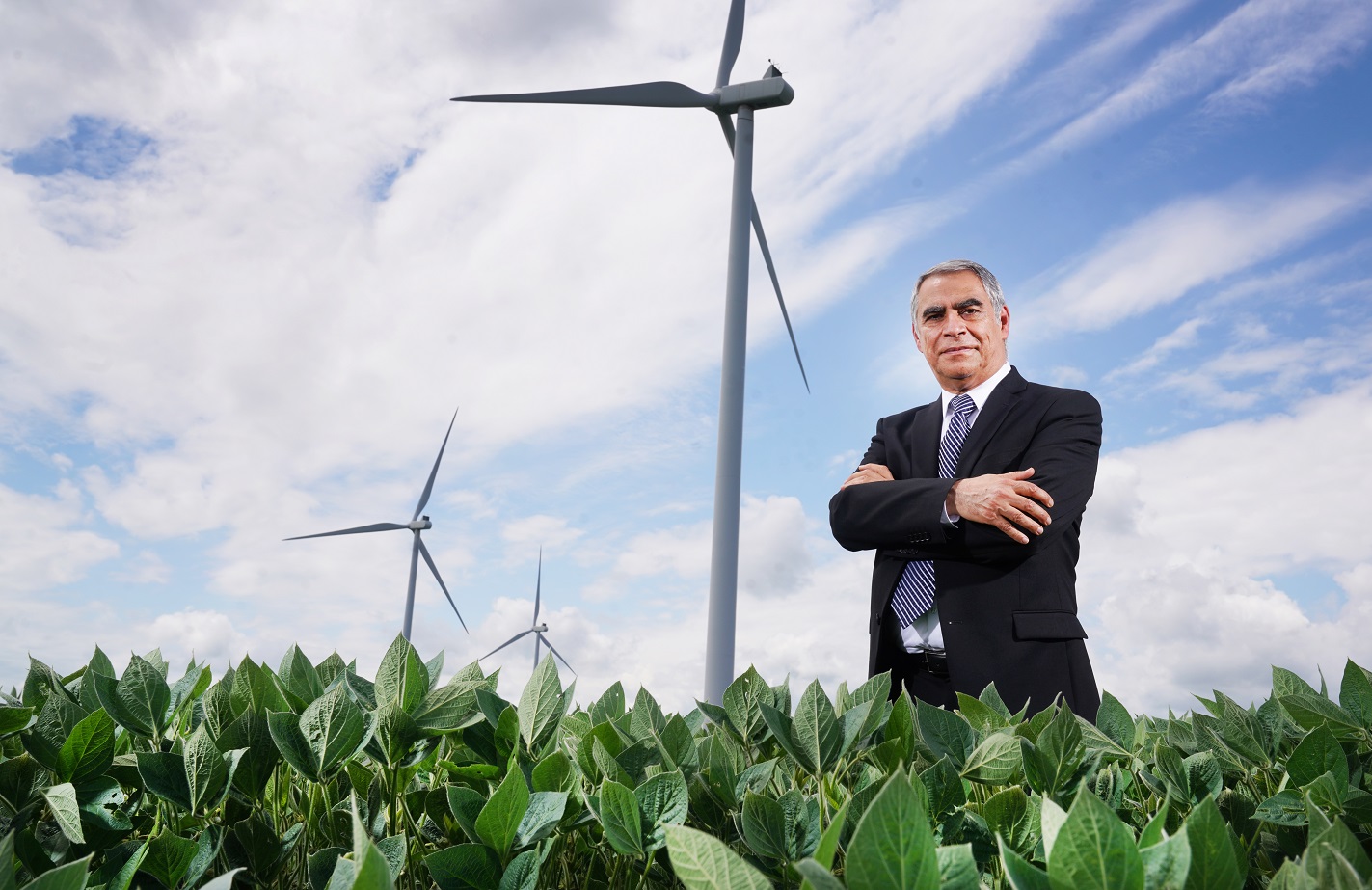 Taheripour’s research bridges energy and agriculture. He looks at the intersections and interactions of these two important markets. He is an expert on how to manage land to produce more resources for both food and energy use, and he examines how to reduce the carbon footprint of both industries.

For more information on these or other Purdue College of Agriculture experts, please contact Maureen Manier, department head, Agricultural Communications, mmanier@purdue.edu.
To Top