“Studying in Ireland wasn’t on my mind until about six months ago,” Mason Gordon, a senior in agricultural economics, said.  “Now, it feels like the perfect place to advance my education and begin my career.”

Gordon recently received the Mitchell Scholarship, which facilitates and funds a year of postgraduate study in Ireland or Northern Ireland for up to twelve U.S. scholars. The scholarship program is named for former Maine Senator George Mitchell who was instrumental in negotiating the Northern Ireland peace process in the 1990s.

Their history of political turmoil as well as Ireland and Northern Ireland’s more recent struggles, such as the collapse of Ireland’s economy a decade ago and the looming threat of Brexit, piqued Gordon’s interest in the region.  Learning how much of Ireland’s population lives in rural areas cemented that interest.

“I’m from Rushville, IN, which is a very rural community and I have been deeply involved in facilitating investments and opportunities for our town’s revitalization,” Gordon explained. "Nearly 40 percent of the population in Ireland is considered rural, but that population hasn't been forgotten by the Irish government. In fact, Ireland has set really ambitious rural development goals. I want to see them pursue these goals and learn what aspects of their rural development process I can bring back to the U.S., Indiana and my hometown.” 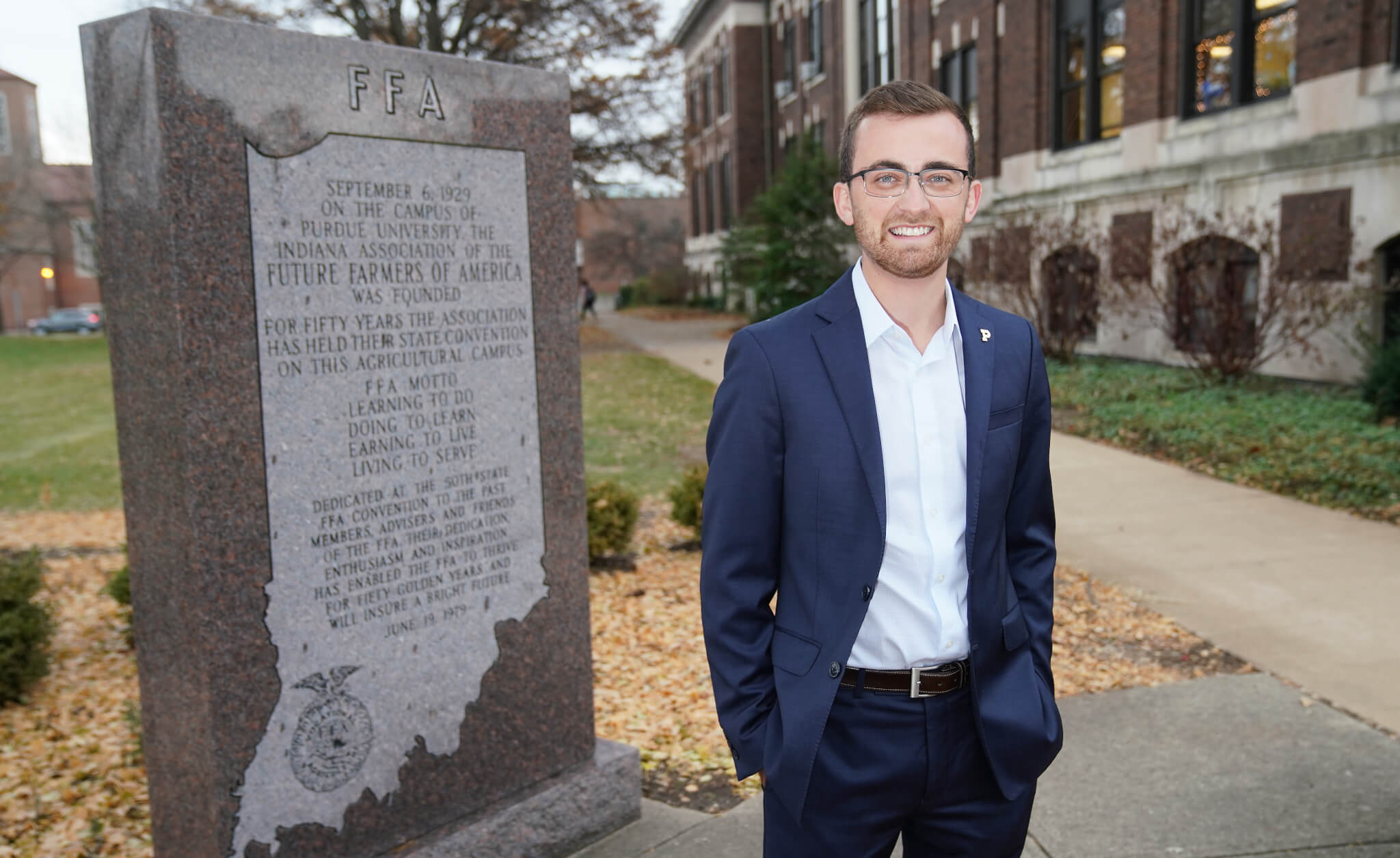 In 2016, Rushville was awarded a Stellar Community Grant by the state of Indiana. The city revamped and repurposed several of its old, historic buildings, expanded its farmers market and breathed new life into the downtown district. Gordon was an integral part of the grant application process as well as the initiatives that followed.

He also took a gap year after high school to serve as an Indiana State FFA officer. He traveled extensively, often to the state’s more rural communities and became invested in some of the challenges facing these towns. This experience led to an internship with the Rushville mayor’s office, which led to his involvement in the grant application process.

“At that time, our population had fallen drastically, our assessed valuation had been stagnant for decades and potential businesses were quickly dismissing an investment in our community because of our aging population. Rushville needed a transformative investment,” Gordon explained. And they got it.

There is still much more that needs to be done, of course, he added, and he believes his time in Ireland will imbue him with the creative energy to initiate further change in his hometown and his state.

Gordon will spend a year at the National University of Ireland Galway , located on the west coast. He plans to complete a one year master’s course in rural development, governance and policy.

“Due to environmental concerns and certain animal rights campaigns, Ireland's top agricultural products, dairy and beef, are under pressure. I see the need for Irish farmers to begin to pivot and diversify their operations,” Gordon continued. “I’m intrigued to witness this transformation and see how it might be relevant to Indiana. It will also be an interesting time to be in Europe as Brexit unfolds. It will have trade implications and Indiana has had its own issues in terms of trade recently.”

Gordon also hopes to strengthen ties between the U.S. and the country of Ireland, in the spirit of Mitchell and the work he did in the region through the 2000s.

“The Mitchell Scholarship, like Rushville’s Stellar Community designation, will be the catalyst of change that enables me to soar to heights never imagined. Rural communities, in Ireland and the United States, drastically need a champion,” Gordon said. “The Mitchell Scholarship is providing me the network, perspectives, and diverse experiences to be that champion.”