Can bed bugs stand the heat? Purdue entomologist puts them to the test 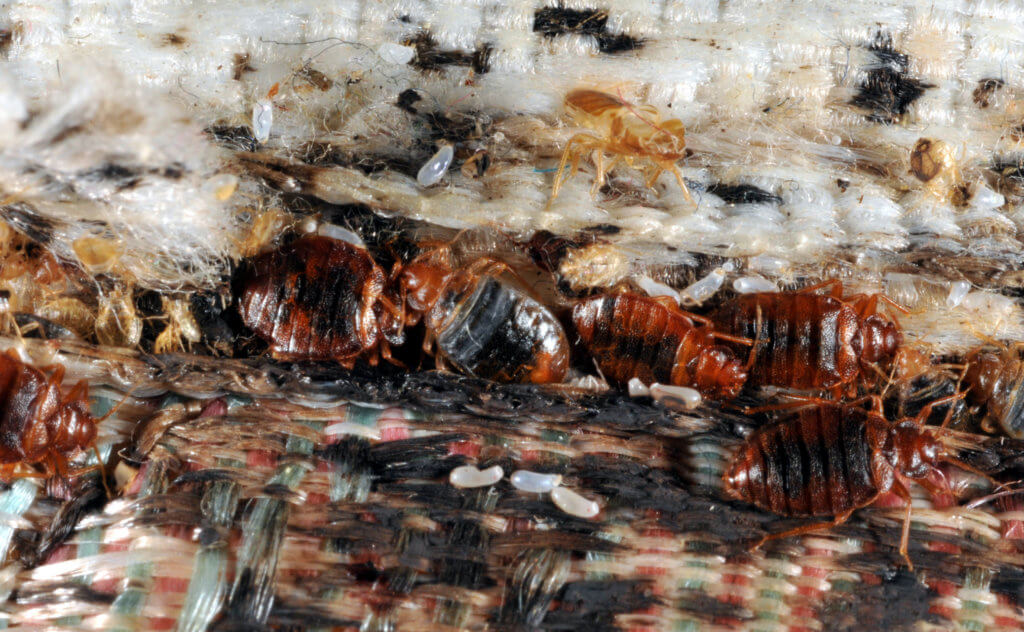 The difficulty of eliminating all bed bugs from a home started to worry some entomologists and exterminators. What if bed bugs could evolve and acquire a tolerance for the high-heat treatments often seen as the gold standard to eliminate this pest?

That fear can be crossed off the list, thanks to a Purdue University study led by Ameya Gondhalekar and his doctoral student, Aaron Ashbrook, that tested the potential of bed bugs to develop heat resistance. The findings, published in the journal PLOS One, suggest that current heat guidelines – exposure for six to eight hours at greater than 122°F – are still applicable. However, using heat alone might not be the best solution for eliminating these troublesome ectoparasites.

“Heat treatments, while expensive, are often preferred to using high doses of pesticides in places where people live,” Gondhalekar said. “It’s good to know that heat is still effective, but we will need to reinforce best practices to ensure that home treatments eliminate all bed bugs.”

Ashbrook exposed bed bugs to a 113°F temperature and measured the amount of time it took for all the insects to die, which was between 22 and 30 minutes. Then a bed bug population was exposed to the same temperature for the time it would take to kill only 75 percent of the bugs. The surviving bugs were bred, and the same experiment was repeated for six more generations. If the bugs could build a tolerance for heat, those later generations should be able to withstand the high temperatures for longer.

“We did see a slight resistance in the first two generations, but those bugs had serious developmental issues,” Ashbrook said. “By the seventh generation, none of the bed bugs had developed resistance to the heat treatments.”

Gondhalekar and Ashbrook said that bed bugs found after a heat treatment come from a couple possible sources.

Some bed bugs likely tuck away inside walls or furniture where the heat doesn’t penetrate fully. Using even higher temperatures is not necessarily a solution in this situation because in many cases the treatment could damage the home or items inside of it.

Another possibility is that the bugs were reintroduced after treatment. If one apartment in a building is treated, bugs living next door in an untreated unit might travel through walls or ducts to reinfest the treated area. Homeowners could also simply be bringing the bugs with them from another location.

The solution, Gondhalekar said, is to mount multiple attacks, combining heat treatments with pesticides. In those cases, the pesticides can be used in limited amounts in areas where bed bugs are likely to survive heat treatments. The good thing, he said, is that the pest control industry is already using multiple control techniques to tackle bed bug infestations.

“It is important to remember that heat is not the only method for bed bug control.” Ashbrook said. “And combining treatment techniques gives you the best chance of eliminating all the bed bugs in an infestation.”