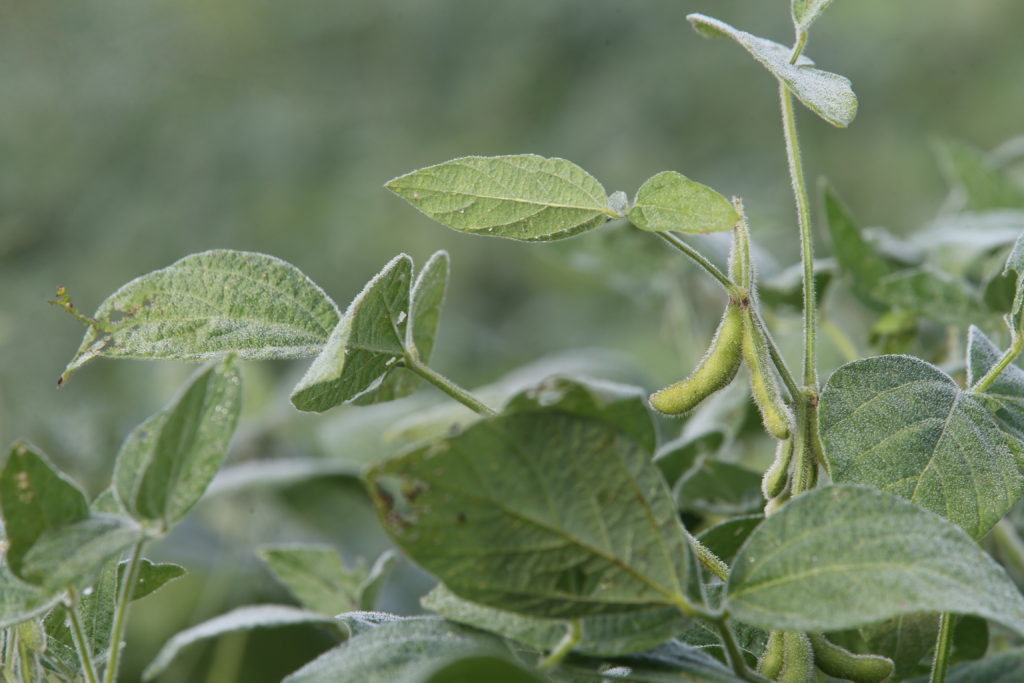 Purdue University scientists have discovered that a single nucleotide mutation and the characteristics it created may be critical for the domestication of soybeans. Understanding that mutation today could help scientists improve seed oil content in one of the world’s most important crops.

Jianxin Ma, professor in Purdue’s Department of Agronomy, led a study that found that a gene called B1 is responsible for producing bloom, a powdery substance produced in the soybean pod that coats the plant’s seeds. Bloom is helpful for wild soybeans because it makes the plant less visible and contains allergens that are harmful to animals and humans if ingested.

A single nucleotide mutation in the B1 gene eliminates the bloom, and farmers thousands of years ago likely planted “shiny” soybeans they were able to safely consume. Interestingly those bloom-less soybeans also had another advantage.

“We found that the mutation within the B1 gene resulted in substantial increases of seed oil content in cultivated soybeans compared with the wild type,” said Ma, whose findings were published in the journal Nature Plants. “It seems like the selection of this mutation by farmers was essential for making soybean an important oilseed crop that we have now.”

The B1 gene doesn’t affect oil biosynthesis in seeds at all, but the mutation that causes loss of bloom heightens the activity of genes promoting oil biosynthesis in pods that result in an increase of oil accumulation in seeds. The findings show that there may be genetic targets outside those responsible for seed traits that could affect soybean seed oil content.