Follow these tips for a flawless Fourth of July cookout 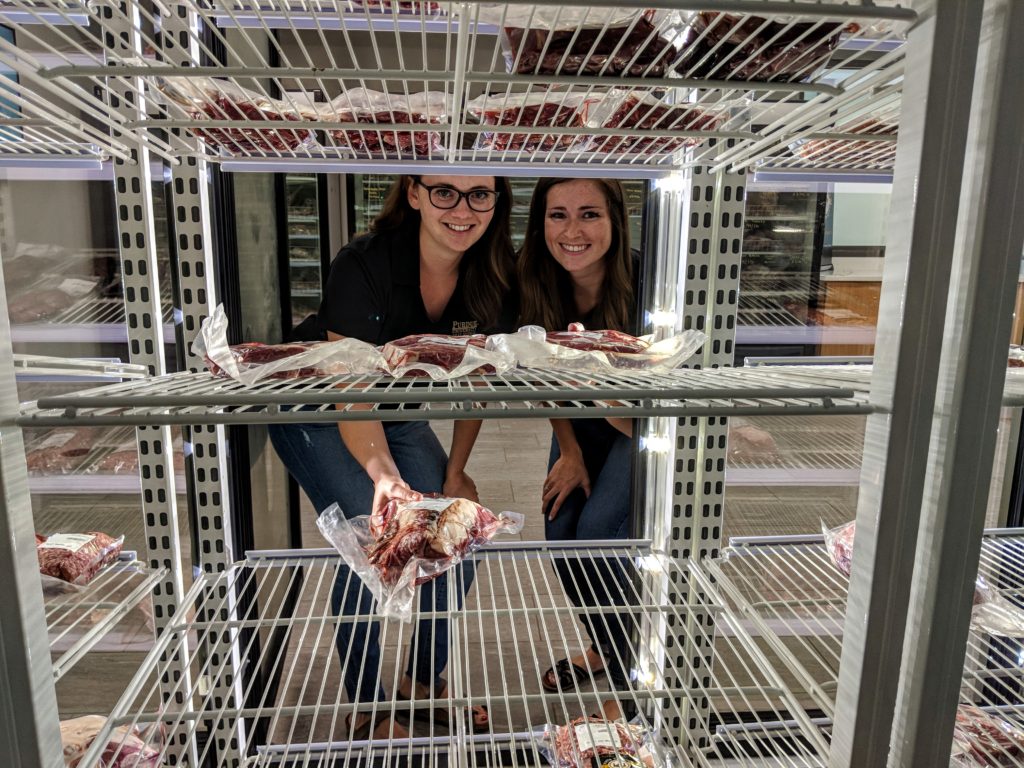 When it comes to grilling, the stakes don’t get much higher than serving the best steaks on the Fourth of July. Independence Day is the largest grilling holiday of the year in the United States, handily beating out Memorial Day and Labor Day.

Enter graduate students Melissa Davis and Emily Ford, meat scientists in-training from the Animal Sciences Department at Purdue University. These experts provide these fool-proof tips for anyone seeking to impress their guests this Independence Day and to avoid giving them food poisoning.

Don’t be afraid of spices, Davis said, adding that too often people throw meat on the grill without seasoning or marinating it first. Her favorite seasoning for grilling out is Lawry’s® Seasoned Salt, but she encouraged folks to play around with their favorite flavors and spices. The key is to have some kind of seasoning or marinade to give the meat a rich and dynamic flavor. For cuts going in the smoker, a dry rub is best. For those headed to the grill, either a dry rub or wet marinade will work, just as long as it’s packed with flavor.

These words should be etched on the surface of every grill, according to Davis and Ford. The surest way to serve safe and tasty meat is to check its internal temperature and make certain it registers at or above the safe minimal internal temperature. An electronic meat thermometer will be more accurate than an analogue one, but either is usually sufficient to gauge if the meat is safe to eat, Ford said. Davis recommended consulting the temperature chart provided by the United States Department of Agriculture.

The Center for Disease Control and Prevention estimates that 48 million people contract a foodborne illness every year. If you don’t want to be a CDC statistic, Davis and Ford advised paying close attention to the utensils you’re using to handle raw verses cooked meat. “Make sure you change your gloves and your tongs frequently,” Davis said, and pay careful attention to surfaces. “If you start with raw products on one side of the grill, make sure everything that’s cooked ends up on the other side.”

Additionally, if you’re marinating a cut of meat on the grill, don’t dip brushes that have touched raw or semi-cooked meat into the marinade and definitely don’t use the marinade the raw meat was steeped in. Prepare a separate dressing. Finally, if you’re handling raw meat without gloves, wash your hands frequently with soap and hot water.

That gray meat at the grocery store? Don’t overlook it.

The crowds beat you to the grocery store and now all that’s left are the less visually appetizing cuts of meat. Ford and Davis said don’t ignore cuts of meat just because they aren’t a bright red or the color of cuts you see on the Food Network.

“The meat that looks a little off in color has simply been packaged before it’s been oxygenated,” Ford said. If your meat looks a little brown or gray, just open it a couple minutes and it will become a nice cherry red color. All of this is assuming, of course, the product’s shelf life hasn’t expired, Ford added.

We might think of apple juice as something usually relegated to the kids’ table, but Ford said there’s a reason it should be a staple when grilling out. “If your pork is dry, all you have to do is just add a little apple juice to enhance flavor and rehydrate the product. You can do it with pork chops, loins and even pulled pork,” Ford said. The apple juice should be used as soon as the meat comes off the grill and before it’s served. The apple juice will absorb, meaning the product doesn’t need to be cooked again.

And, for the more adventurous meat smokers, Ford added, spraying down the outside of a meat product with apple juice every hour to half hour will give it a nice crust when finished. 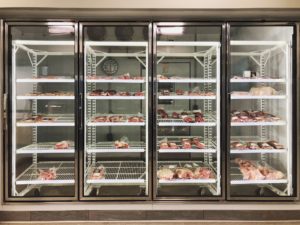 Check out the Boilermaker Butcher Block for a selection of fresh and frozen meats.