Freshman strives for social justice through her sorority 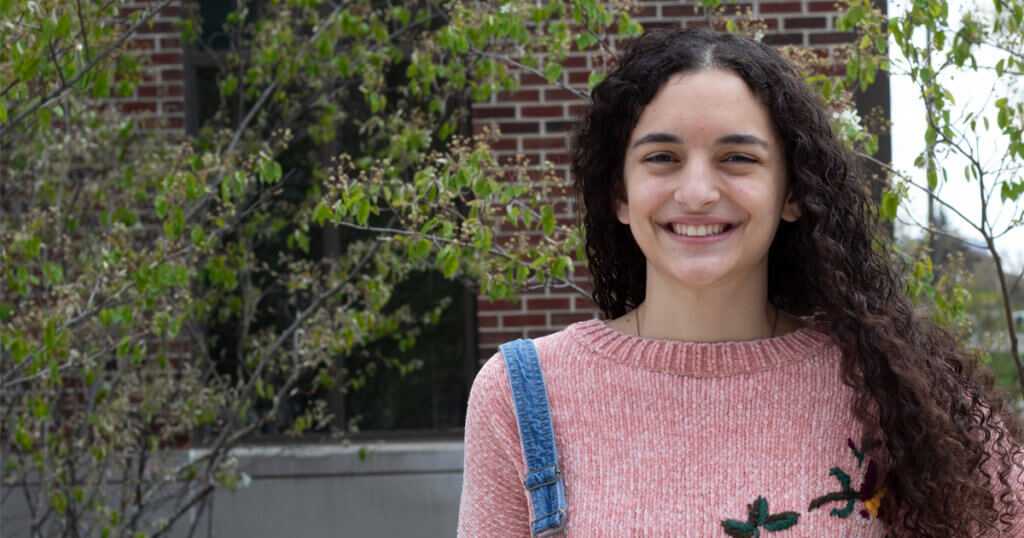 Amirah Haweit had a hand in social justice on campus before she even attended her first class at Purdue. During freshman orientation, she helped organize and spread the word about a Black Lives Matter demonstration to help members of the Purdue community voice their concerns.

“I saw a need. I gave people an opportunity to share their voice and make their own [sign] for the protest, and we handed out like 150 at that protest and we did it at several protests that followed,” said Haweit, a freshman biochemistry major from Noblesville, Indiana.

Haweit is not a bystander, but an active participant: a doer. She didn’t stop working after freshman orientation. She joined and actively participated in student organizations. She became the head of the publicity committee and a member of Justice Alliance for Momentum (JAM) and Minorities in Agriculture, Natural Resources and Related Sciences (MANRRS) to immerse herself in the programs the university has to offer. She’s motivated by her need to help others. 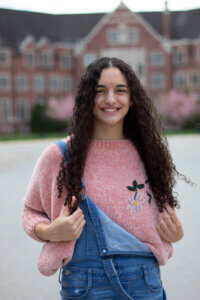 Photo by Harley Lumley
Amirah Haweit, a freshman biochemistry major from Noblesville, Indiana, has channeled a passion for social justice into various organizations since starting at Purdue.

“I have a passion for social justice and helping people who can’t help themselves by using what I can, and doing whatever I can do to help people,” Haweit said.

Social justice, Haweit said, should be everyone’s priority, not just people who are directly affected. She said it’s important for us to examine ourselves and change our practices and behaviors to create a more inclusive atmosphere. Future generations depend on the actions we take to examine ourselves and take steps to change in the present, she said.

“Inclusion looks like people willing to learn about and to fight these implicit biases and such that we may not know are bad,” she said.

Inclusion helps break down barriers, so nobody has to feel that they are being held back due to their race, gender, identity, or other characteristics, she said.

Not long after committing to her sorority, Alpha Gamma Delta, Haweit was presented the role as director of diversity, equity, and inclusion. The goal: create a more inclusive environment where anyone can thrive. Although she was originally cautious, she built genuine relationships with sorority sisters that could last a lifetime.

“That’s where I thought that I had the most avenues to make direct change,” Haweit said. “It’s easier to change things from the inside and work to make Greek life more inclusive and fit the times we are in now.”

One way she did that was by examining some of the requirements for sorority membership. There was language that was in the membership rules that had been around for decades. While the sorority didn’t really follow those rules in practice, the language was still in the rules, so it was an easy, but important, step to remove the requirement and create a more inclusive organization.

Haweit also is putting principles from her organizational leadership minor into practice. She is helping shape change through her leadership role, and has made it her goal to promote diversity and inclusion throughout her sorority and Purdue’s Greek system. At Alpha Gamma Delta, she started with assessing practices, traditions, bylaws, and recruitment to look for ways to improve.

The call for change is motivated by pushing the organization to be better. Haweit explained that she feels that education is the biggest and hardest problem to address. The traditional recruitment structure involves one-on-one conversations, which can lead to decisions influenced by implicit bias, which is when individuals have attitudes toward people or associate stereotypes with people without their conscious knowledge.

“Implicit bias is the biggest thing that’s impacting our chapters, because it’s something that members aren’t aware of,” Haweit said.

Haweit said her work has given her hope. She was pleased to share that she finds people are open to learning ways to help and support one another. Haweit has tried to unite everyone behind a common purpose tied to shared values.

“Everyone wants a welcoming and inclusive sisterhood that I’ve found,” Haweit said.

This makes it easy for others to focus on why the changes are important by identifying who it affects. By providing individuals with concrete examples of biases or problems, Haweit said there is often little resistance, because the individuals can recognize who it is affecting.

Haweit is a planner, so she developed a three-year action plan to try to help organize the necessary conversations to create awareness to enact real change. She credits the progression of her plan to the recent status of the country, saying that people have been awakened, which created a unique opportunity to put pressure on the issue. Haweit hopes that her small changes can eventually inspire change on campus to help foster change that will help future students that follow behind her.

“Greek life is just a smaller Purdue,” Haweit said. “It’s like a case study that could be blown up to bigger proportions to make a bigger change.”