From “eww” to “cool”: Why you should welcome slugs, bats and wasps

The opening scene to a horror film?

Probably more than one, however, aside from popular culture’s general aversion to these species, this group of animals has something else in common. They are all pollinators.

Bees are what most people imagine when they think of pollination, Brock Harpur, assistant entomology professor, said, and they do provide the majority of pollination services. But there are many other species also doing the labor of pollination that often go unappreciated or are even targeted as pests.

“Many insects, arthropods, invertebrates and mammals pollinate,” Harpur said. “Bats are probably the best-known mammalian examples, but wasps, flies, beetles and slugs also pollinate. It works very similar to how bees pollinate-the animal is attracted to certain flowers in some way and pollen is transferred onto its body and then, eventually, to another plant. One of my favorite examples of this in action is the mirror orchid. Its flower looks and smells like a female wasp. It is so convincing that male wasps will try to mate with it and, in so doing, they transfer pollen between flowers.”

While many people are committed to eliminating their yards of creepy crawlers and winged creatures, it is better environmental practice to cultivate an inviting setting, or at least not actively harm existing populations.

“There are many things you can do to promote pollinators in your yard,” Harpur said. “Provide them with space in your garden, use less mulch and provide some open soil, plant a diversity of native plants, leave your leaves on the ground in the fall and don't trim down all of your standing stems.”

This advice goes for cities as well in terms of maintaining their parks and other green spaces. Pollinators, after all, are what help keep those spaces green.

So, while it may go against natural instinct, and potential city ordinances, having a messy yard and garden can go a long way to supporting native pollinators, Harpur gives this advice to aid pollinators’ work:

“Allow homeowners to treat their properties like the ecosystems they are,” Harpur said. “Let them plant a variety of native plants, and don’t fine them for ‘unkempt’ lawns, especially if they are acting as pollinator patches.” 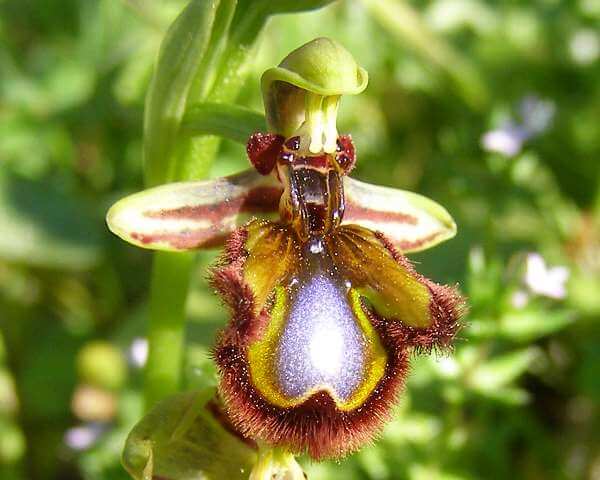 As Hoosier hemp industry grows so do challenges

Hemp is a versatile crop used to make a wide variety of products from textiles and rope to insulation and biofuels. Farmers across the country are increasingly growing the crop since the 2018 Farm Bill allowed for its legal cultivation, although production has dropped off since the initial spike in 2019.

What you need to know to start your own pollinator garden

Bats, beetles, flies, moths, birds, butterflies and bees: can you guess what all these have in common?

They can all be pollinators and, in many parts of the country, including the Midwest, their populations are under threat. Increased urbanization, use of pesticides, global warming and many other factors have severely diminished pollinator populations throughout North America.