“My dream job would be at the CDC, working on the most deadly pathogens. But a big part of me wants to go into academia; I’ve had so many amazing, influential people in my life, I’d like to be that person for others.” 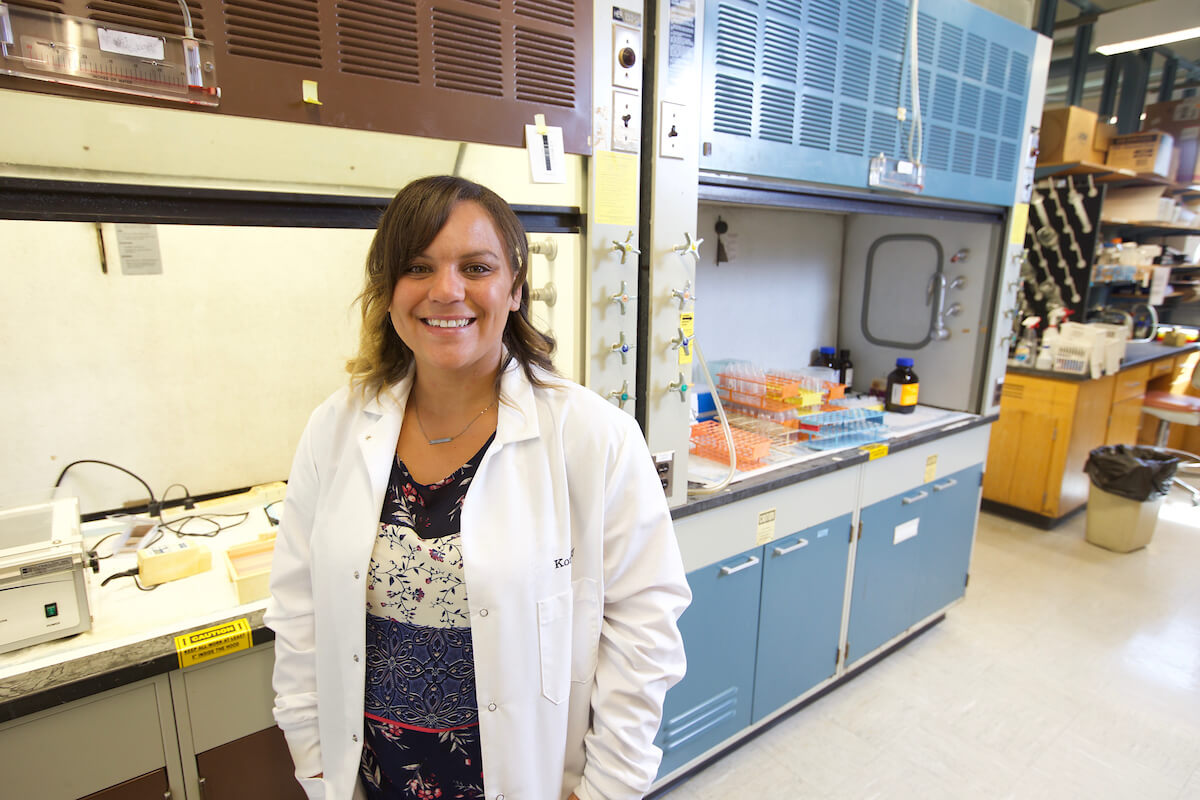 When a high school science teacher encouraged Kortany Baker to attend a science camp at Indiana University Bloomington, her first exposure to college-level experiments confirmed her goal to become a neurosurgeon. Toward that end, she initially chose majors in biology and psychology at her hometown university, IU Kokomo. After having two daughters in quick succession and then adjusting to life as a single mother, however, she changed her major to biochemistry, hoping to find work after graduation without additional degrees. While Baker assumed she would postpone graduate study, her professors had a different idea: “They said, ‘If you can get a bachelor’s degree with two kids, why can’t you get a graduate degree with two kids?’” She chose Biochemistry at Purdue but doubted her admission. “I had the grades, but I came from a small community college, and it’s Purdue,” she recalls. Her daughters were 6 and 7 when Baker received her acceptance letter — and cried. She began her doctoral program under Scott Briggs, associate professor of biochemistry, in fall 2016. “I picked this department because it reminded me of my small school where I had so much support from my professors,” she says. “My daughters brag to their friends that their mom’s a scientist. When they see me stay up all night to get everything done, I hope it teaches them they can do anything they set their minds to.”

Baker studies the drug resistance of fungal pathogens, which have an especially high mortality rate in immunocompromised patients, she explains. Given the difficulty of developing new drugs, Baker’s work on why certain pathogens are resistant may lead to reversing that resistance to make them sensitive to current drugs. “I’ve always been fascinated by bacterial drug resistance,” she says. “But I never thought about fungal species until I ended up in the Briggs lab.”

Baker mentors both undergraduates and graduate students. A five-semester teaching assistant, she earned a 2019 Teaching Academy Graduate Teaching Award. Based on her remarks at a conference for undergraduate minority students last year, Baker was asked to develop a mentoring program for new graduate students in Biochemistry that was implemented this year. Her advisor, she adds, “is very supportive of everything I’ve done.”

Baker has enjoyed meeting some of the top professionals in her field who have come to campus to speak. “The opportunity to talk about life-changing discoveries over coffee left me starstruck,” she admits. She also appreciates the diversity of her peers and having close friends from different countries. In her spare time Baker cheers on her daughters in softball, soccer and gymnastics. With about two more years in her program, she is unsure of her career direction but hopes it will involve research: “I love being at the bench,” she says. 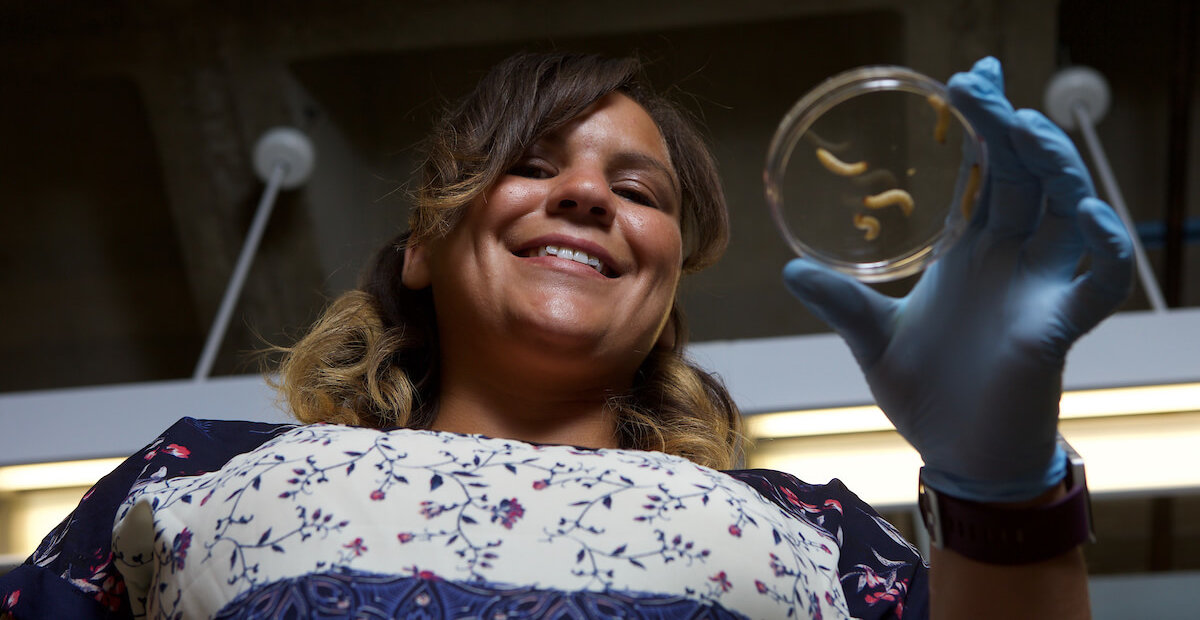