Junior finds himself by leaving the country 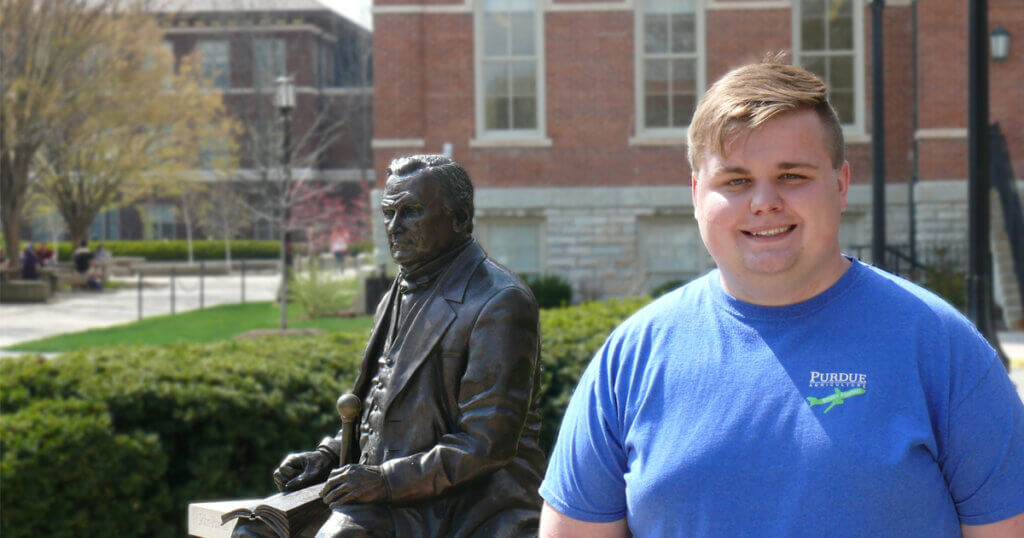 Last spring, Cameron Matthews earned the best grades of his college career. Part of the reason, he explained, was because of a lesson he learned while studying abroad in Peru during the previous winter break.

The main lesson was simply to be more flexible, said the junior biochemistry and agricultural communication major from Middletown, Indiana.

“I was used to a very rigid schedule prior to that, and so by going to Peru, I was able to learn how to be flexible and adaptable again,” Matthews said.

That trip to Peru, sponsored by Purdue International Programs of Agriculture, was a ten-day adventure packed in between the fall and spring semesters. Before the trip, Matthews explained, he was used to following specific orders and procedures from his years in biochemistry. When he got to Peru, he had to learn to be flexible and adjust to doing work on the go. 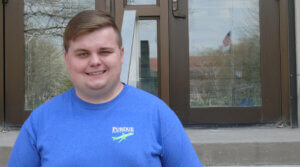 Photo by Sydney Burkhart
After a study abroad experience in Peru, Cameron Matthews learned some valuable lessons about himself and his goals.

With the unfamiliar surroundings and language barriers he experienced, it was vital for Matthews to learn how to adapt. In addition to learning the value of flexibility, Matthews learned several lessons that have been helping him earn better grades and be more satisfied with life.

One of those lessons came from visiting an organic dairy farm that changed his view of his future. Matthews originally believed he was only going to be a researcher his entire life. After interacting with the founder of the dairy farm, Matthews said he saw how he could tie both his biochemistry and agricultural communication degrees together.

“I realized at that point that I can do the research, but that’s not where my passion lies,” he said. “My passion lies in taking the research and applying it to help others, and this is something that many people in my degree path don’t do.”

After the plane landed in an unfamiliar place, Matthews said he was compelled to discover himself outside of his comfort zone. He was faced trying to communicate with people with whom he didn’t even share a common language. Matthews said he learned to adapt to the culture, emphasizing that he gained communication skills he wouldn’t be able to obtain in a classroom.

He has now learned to be comfortable living outside of his comfort zone as a result of learning the value of flexibility. And he’s traveling a lot more, Matthews said he gets to live life better by exploring new things and taking bigger risks.

He has integrated this lesson in his everyday life. He explained if you live in a set box the rest of your life, you are never going to explore new ideas and find new things to enjoy.

“Life is constantly changing,” he said. “So being flexible, adaptable, and living outside of your comfort zone, you are going to find new things and be more successful in your life because you took that big step.”

His Peru experience was so important that Matthews became an International Agriculture Ambassador. He wanted to encourage other students to study abroad and express that there are bigger things you can take away from college.

He can offer that encouragement as an ambassador for international experiences, which itself shows his flexibility and how he learned to work outside of his comfort zone.