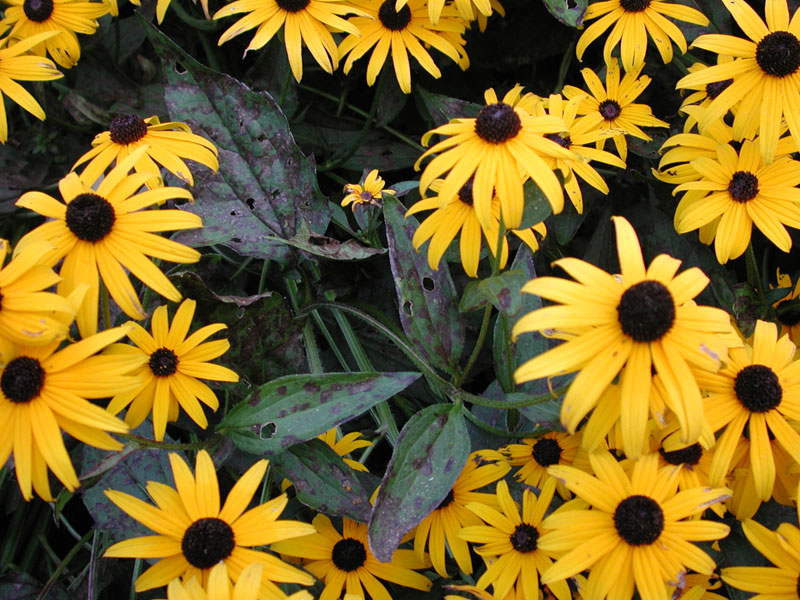 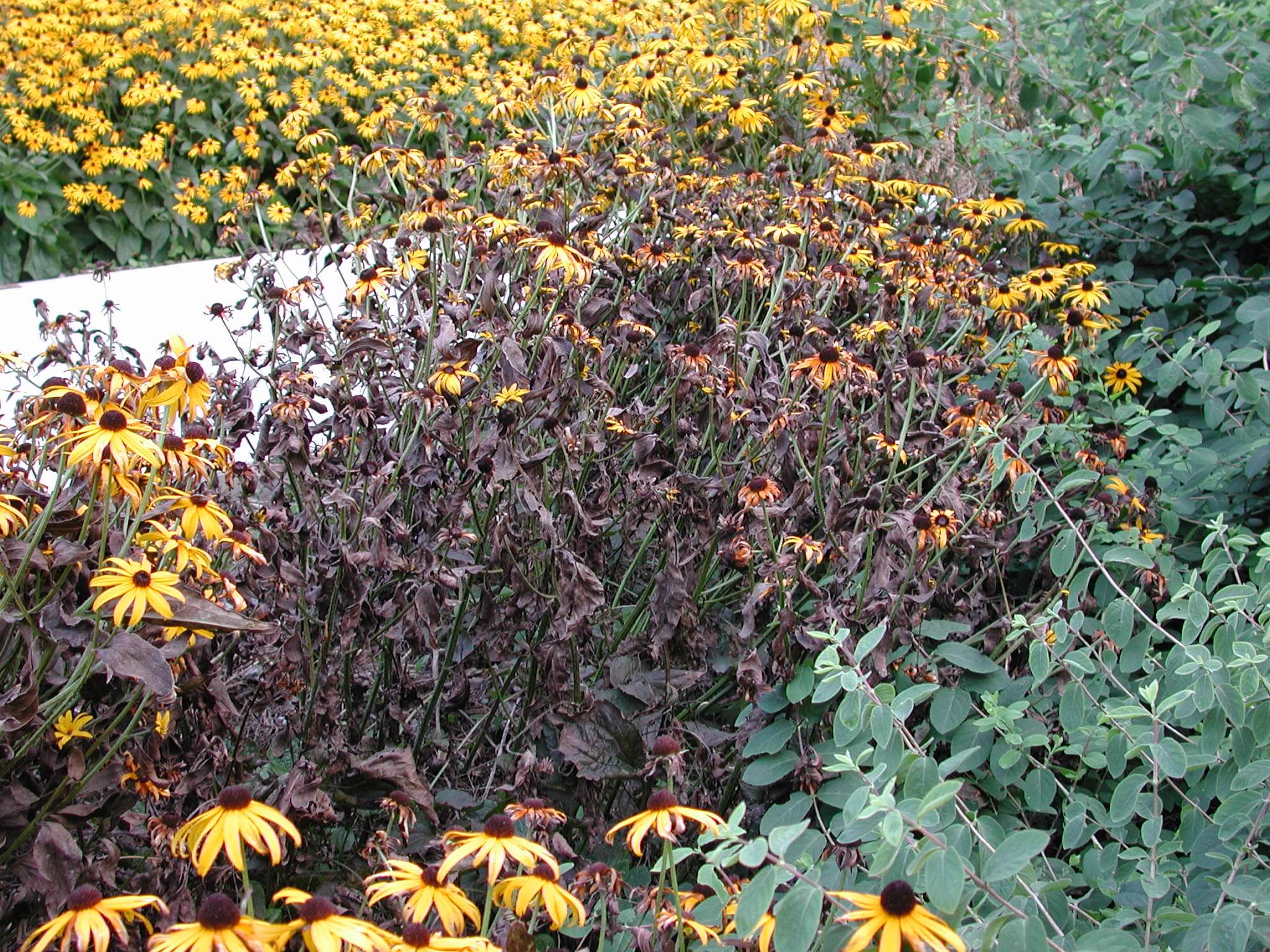 Gardeners often ask, "When is the best time to cut back the dead tops of herbaceous perennials (stems die back to the ground each year)? Should we cut them in fall as the tops fade? Or wait until spring, just before new growth begins?" The answers depend, in part, on the specific plant and whether disease or insect pests are a factor.

For most healthy plants, leaving plant tops over winter is fine and, in many respects, preferable. Many species retain dried seed heads and foliage that may have aesthetic value. Ornamental grasses are at their best in fall and winter.

Your native wildlife will thank you if you allow the tops to remain! Seed heads, fruits, stems and foliage provide food and shelter. Although late-season bloomers such as rudbeckia and coneflowers may have turned brown, birds still feed on the seed. Many butterflies overwinter on plant debris.

Allowing plant tops to remain over winter can also help collect leaves and snow for insulation and moisture. For some marginally hardy perennials, like garden mums, waiting until early spring to cut back the dead tops can actually improve a plant's chances of survival.

Another bonus: Leaving the tops in place will remind you where the plants are, in case you're thinking of adding more plants or rearranging the elements of the garden before spring growth begins.

On the other hand, plants with disease or insect pest troubles should be pruned back in fall to reduce the chances of carryover to the following season. Sanitation is one of the best investments gardeners can make in reducing problems for next season. Peonies and rudbeckia with blackened foliage should definitely be cut back in fall. The same is true for bee balm and phlox, which are routinely plagued by powdery mildew. Removing iris and asparagus foliage in the fall reduces overwintering sites for the iris borer and asparagus beetles, respectively.

Badly damaged or infested foliage can and should be removed as soon as possible. Otherwise, wait until after several hard frosts have killed back the tops. Cut back the tops to about two inches above the soil. Hand pruners and hedge clippers work fine, if you have just a few plants to cut back. But for larger plantings and large clumps of ornamental grasses, a power hedge trimmer works well.