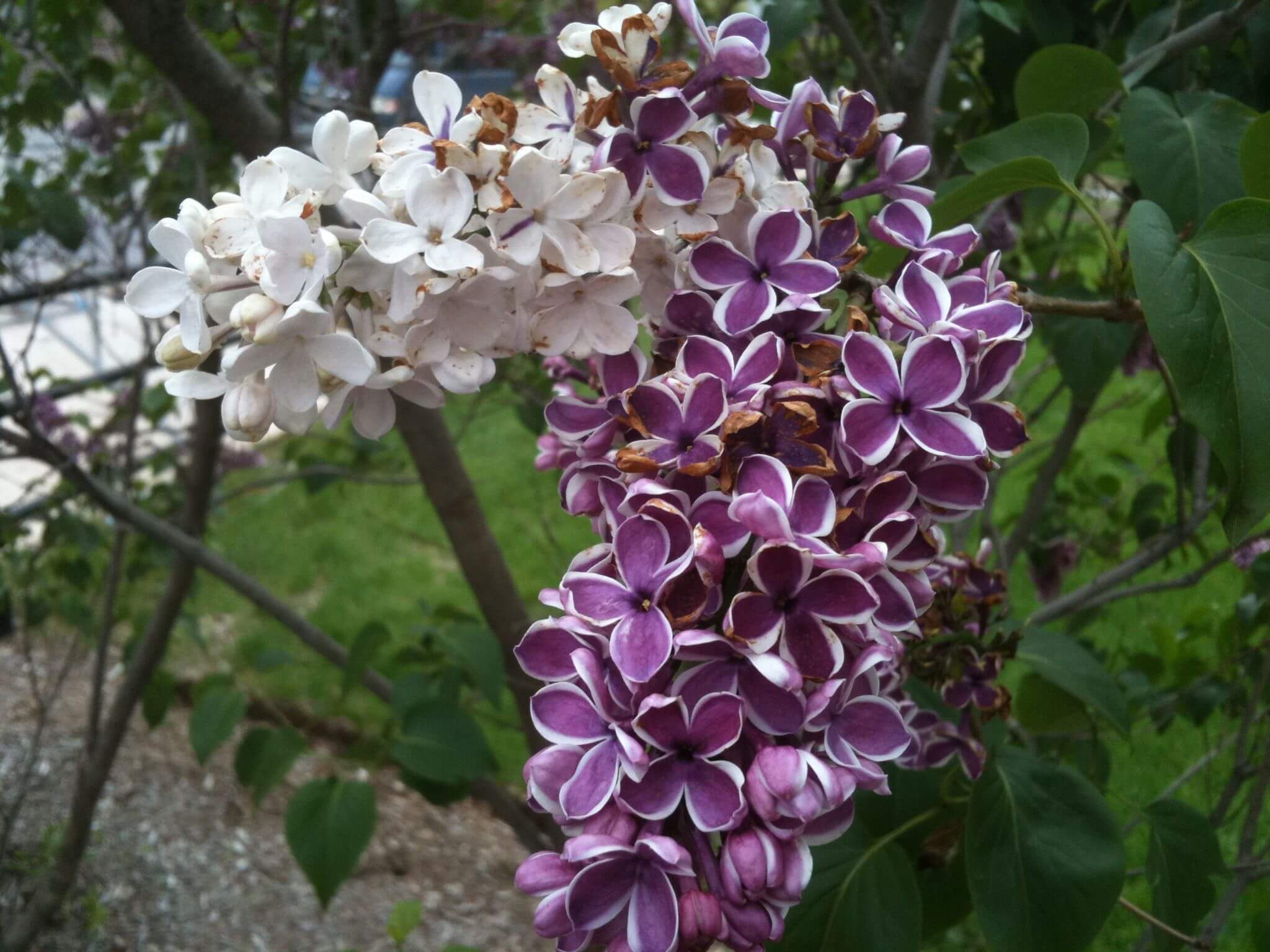 Q: I have had a ‘Sensation’ lilac for several years. It has always produced lovely pinkish purple flowers edged in white. But this year it produced a few odd clusters that had only pale pink flowers. What causes this to happen? Should I prune off the odd branches?

A: Many horticultural cultivars of plants, particularly those with interesting color variegation, begin as genetic mutations (sometimes called sports) of the species. If the sport with the unique color pattern can be propagated successfully by taking cuttings, it is then introduced to the trade as a named cultivar, as was the case with the ‘Sensation’ lilac. But sometimes these genetic variants are not entirely stable and can occasionally revert back and lose their unique color pattern. Sometimes the reversion is just a branch or two or even part of a branch.

We have a ‘Sensation’ lilac on the Purdue West Lafayette campus that shows such reversion each year on several branches, sometimes occurring on just a few flowers within the cluster.

You could remove the plain pink flowering branches by selectively pruning back to a healthy side branch. Or you could just enjoy the variability. The reversion in this case is not harmful to the plant.

← Why Does Indiana Keep Balances, and How Much is Enough?Native Shrubs For Fall Color →
Scroll To Top