Insect Biomimicry and Why I love Spider-Man

You might think it strange to see a small kid, all by himself, dressed in red and black, lurking in random corners of the home. He crouches, motionless, silent, ever-watching for a chance to spring upon some unsuspecting passerby.

This might freak out other people, but for me it is a welcome sight. It is my grandson, who has donned his favorite costume and transformed himself into Spider-Man. What I love about his superhero costume is not just that it has an entomological theme but that it comes complete with a full facemask that encases his whole head, openings only for eyes, no mouth, – bless the inventor –  because after all, spiders are happy being silent. They do not need to talk. 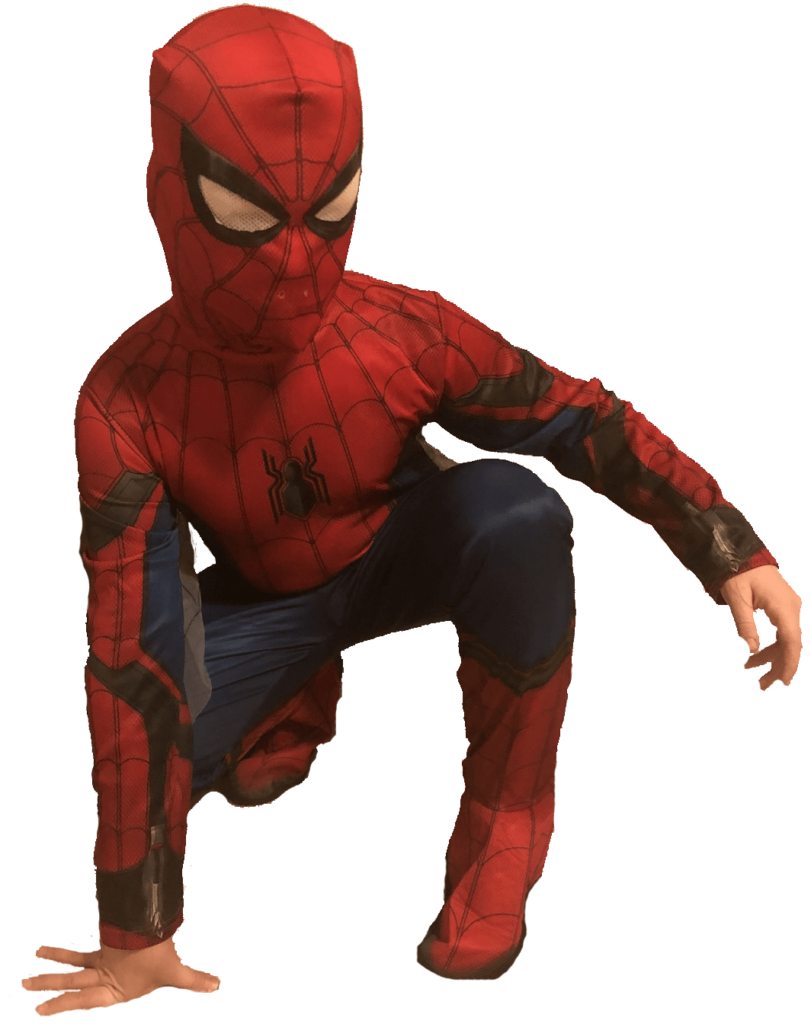 Contrast this to the noisy heroes and heroines his cousins mimic. Some audaciously proclaim that they are headed “To infinity and beyond,” but never actually go there or realize that there is no such place. Others in various princess costumes sing unending and repetitive choruses of “Let It Go” but are, seemingly, never able to actually “let it go,” and all of them together verbally expressing imaginary feelings and troubles and stories while doing so. And when noises from toy lazer guns or pseudo glass slippers that click and clack across my tile floor are added, it becomes a cacophony that sometimes surpasses the 109-decibel warning for human ear exposure.

Everyone contributes to the discord. Everyone, that is, except Spider-Man. Only Spidey remains silent and concealed in out-of-the way places. I would trade nearly anything for a house full of Spider-Men and I believe that the whole of humankind could benefit by adopting these spider-like traits.

Humans often benefit by adopting specific traits and characteristics of other life forms. We call this “biomimicry.”  Seeking sustainable solutions to human challenges by copying nature’s time-tested patterns and strategies has long been wildly successful – if underappreciated.

For example, consider the rubber treading on the bottom of your deck or tennis shoes. The design of the tread was inspired by biomimicry. The inventor found himself slipping on the wet deck of his boat while watching his dog running about with comparatively little loss of traction. Upon close examination of the dog’s feet, he determined that soft, wishbone-shaped treads were the answer. With that concept in mind, deck shoes and then shoes for sailors and eventually running shoes and tire treads were all designed.

One of the greatest innovations in fastening is Velcro.  Temporarily holding or tying two things together using strips of leather, shoelaces, buttons or even zippers was found to be more easily accomplished using “touch fastening.” Velcro was inspired by a burr that held fast to the coat of an inventor returning from a walk in the woods. He found that the burr’s tiny hooks would “mate” with animal hair or cloth and adhere until pulled apart. Reconstructed with nylon and polyester, Velcro has become a nature-inspired common item in every household.

Biomimicry is the basis for countless inventions and innovations in science and technology, and insects have often been the subject.

Insects are known for their resilient but light exoskeletons, jointed appendages, bilateral symmetry, and ability to crawl, burrow, jump, run, swim and fly. By applying biomechanical principles learned from insects to the field of robotics, engineers have improved much of what we know as remote-controlled movement. Recently, flying micro-robots the size of bees have been developed. They can traverse dangerous or impossible terrain in tandem. As a swarm, they can record and relay crucial information for anti-poaching or military surveillance, border control, search and rescue, or firefighting. The potential uses seem endless, and micro-robots seem destined to play a major role in space exploration.

Perhaps an even more impressive insect ability is communication – especially in social insects. Computer scientists understand the importance of having electronic devices communicate with each other, and they have put significant research into improving this ability. (Insects have this ability upon hatching.)

Recent innovations for society’s all-important energy grids are partly based on insect behaviors. For example, a logic model in grid communication systems uses simple rules governing individual interactions based on how ants and other social insects communicate and coordinate with each other. Wireless networking among power-consuming appliances enables them to communicate autonomously, and connected appliances can spread out energy demand, known as peak demand shaving. By reducing peak demand usage, electric costs can be cut 5-10% or more.

In another example, mechanical engineers have drawn inspiration from insect wings to design wind turbine blades. Currently, those blades are extremely large and work best only when the wind is blowing at just the right speed and from the right direction.  Redesigned blades that are lighter and more flexible, like insect wings, are calculated to make turbines 35% more efficient at producing energy.

Insects also inspire the fields of optics and machine vision. Photographic equipment has largely been designed based on the human visual system, lenses and shutters. Cutting-edge research is looking to insects to find innovations in color analysis. 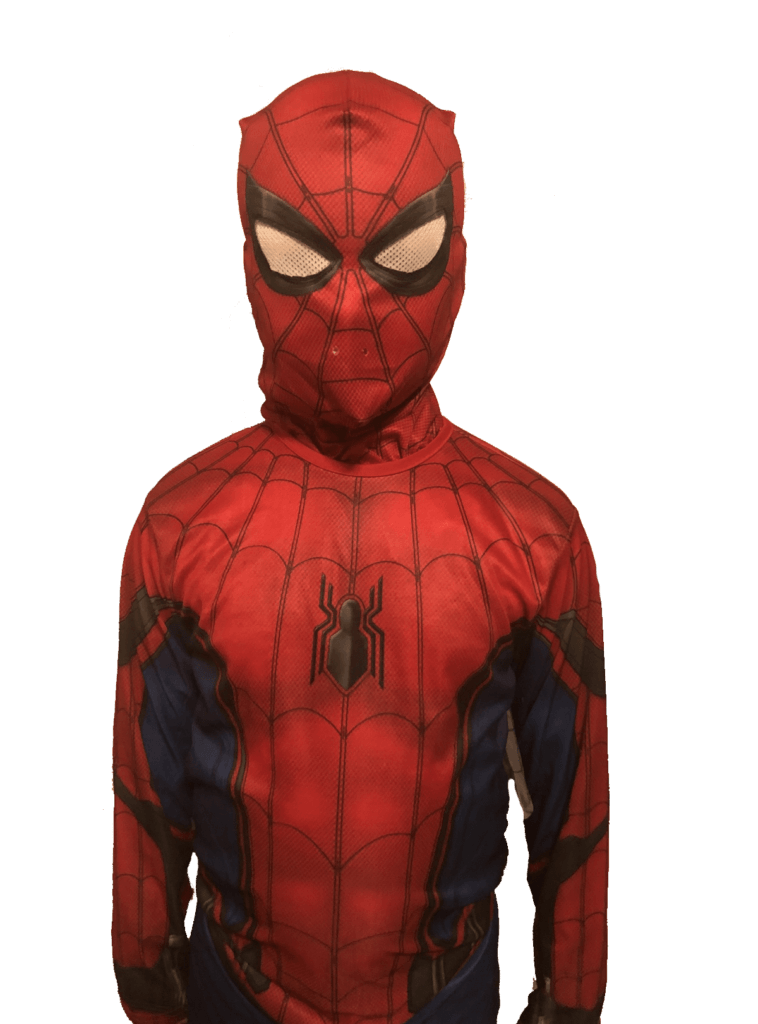 The honeybee has three extra, very simple, eyes on the top of its head. These eyes, known as ocelli, were traditionally thought to function primarily in improving flight. Recent research has shown that these eyes play a pivotal role in enabling the bee to accurately assess color, calibrating for constant changes in ambient light conditions. Information gleaned from the simple eyes is integrated with information from the insect’s two main compound eyes to more accurately identify potential food sources. By modeling this, scientists found a biologically validated mathematical solution that can be implemented into artificial systems in a camera to enable more accurate color interpretation in ever-changing light conditions.

Still under development is a solution for the annoying problem we all face when using cellphones and tablets outdoors in sunny conditions. We scramble for shade to reduce the glare caused by the sun’s reflection off the screen. Interestingly, moth eyes have a specialized, anti-reflective coating that is among the least reflective surfaces in nature. This does not impair their vision but drastically minimizes light reflected from their eyes – and hence detection by potential predators.

Researchers are now attempting to fabricate an artificial film using this moth-inspired nanomaterial to cover the screens of electronic devices. Current estimates are that this innovation will  reduce the amount of light reflected by 20-fold and allow us to use electronic devises in full sunlight.

Modern building architects have made improvements to internal climate control systems by employing innovations inspired by studying the structure of African termite mounds. Termite mounds are impressive structures, not only for their durability and relative size, sometimes 40 feet in height, but also because they maintain constantly moderate internal temperatures – even in some of the very warmest places on Earth. Recently, large high-rise buildings have incorporated innovations derived from capturing temperature differences as air flows from the cooler ground through chimneys at the top of the mound. This has resulted in preferred inside temperatures being more easily obtained and sustained at a fraction of the current cost.

Insect biomimicry is often a smart way to solve tough, everyday problems. When we are faced with a problem in need of a solution, why not look to see how living creatures, using approaches refined over millions of years of evolution, have done it first? Spider-Man is an excellent model.

Recently, the noise created by all the little people in my home was so deafening that my only respite was to sneak away and find a quiet place for a short nap. While there, my mind returned to the problem of noise reduction. I asked myself how biomimicry might make my life better.

What if Little Mermaid was content just silently moving her lips in the gulping fashion of real fish rather than actually singing? The authors of the Little Mermaid were on to something when they wrote into the story how she lost her voice. I wonder why they did not just stop there.  What if ‘pretend’ light sabers, inspired, coincidentally, by lighting bugs, came with only pretend – but not real electronic noise makers? What if Batman’s super powers stayed true to a bat’s real-life, echo-location communication techniques that are indiscernible to human ears? What if more children’s costumes were designed like Spider-Man, with masks having holes for seeing but not speaking? Now those would be biological innovations worthy of copying in my home!