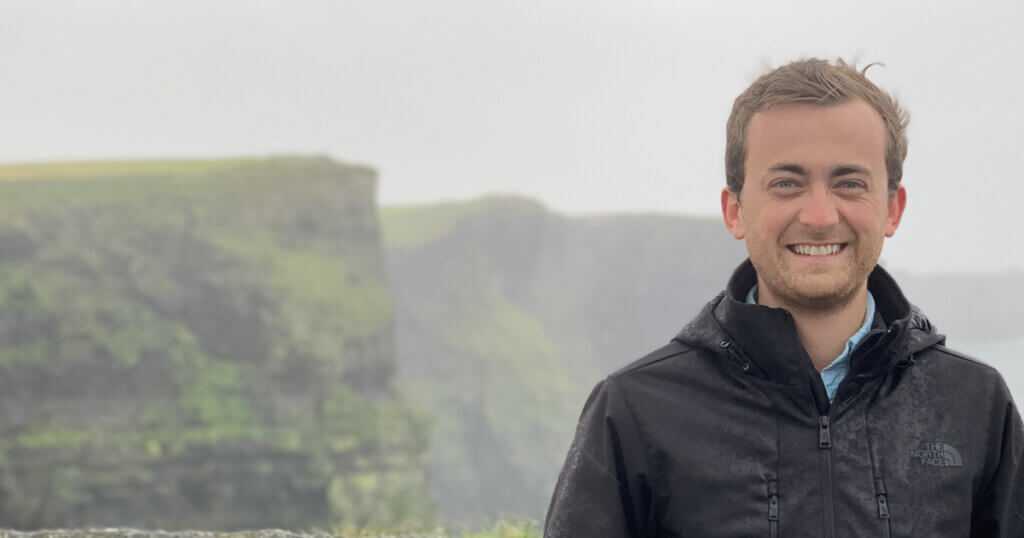 If you ever want to get Mason Gordon talking, just start asking him about small towns.

“You go through so many small towns in Indiana, and they have two restaurants, and maybe some antique shops, and not a whole lot going on,” the 2020 agricultural economics graduate from Rushville, Indiana, said.

Gordon’s goal is to improve the prospects of small towns like his own and help them provide more opportunities to their residents. That could be providing residents with access to broadband internet or simply helping small towns improve the appearance of their downtown areas. His interest in public policy has given him opportunities in his hometown, the Indiana statehouse, and even an unlikely place: Ireland. 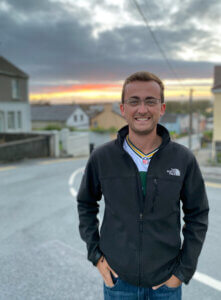 Photo provided by Mason Gordon
Mason Gordon loves his hometown: Rushville, Indiana. His desire to improve towns like his own is one reason why he’s earning his master’s degree in Ireland.

Gordon is studying for his master of arts in rural futures planning and innovation at National University of Ireland, Galway. In Ireland, he said, he found a lot of inspiration for ideas that he would like to bring back and use in his career. For starters, Gordon explained that Ireland is entirely made up of small towns. Each one has its own character and thrives in its own way.

“There is so much of what seems like life in these towns,” Gordon said. “Buildings are full and people that are in their communities.”

What he’s observed has inspired him. He said his goal is to help small towns in the rural United States find their identities and become successful. What he’s learning in Ireland is providing him with the tools to do that.

“The experience and the knowledge and the broader horizon will allow me to think on a bigger scale when approaching problems in the United States,” he said.

With public policy and thinking on the local scale, Gordon said there are steps these communities can take to ensure that they survive and thrive. Doing this creates a future and a place to call home for younger generations.

Helping small towns started with his hometown. He worked for the mayor of Rushville after graduating high school.

“I wanted to become more involved in policy,” Gordon said.

The mayor hired Gordon to be a summer intern. Gordon said it was an incredible summer that hooked him on public policy work. He wants to make sure that rural communities can survive and to create opportunities for young people. Gordon wants them to be able to live in these areas while also being able to have the quality of life that they are striving to have.

He liked working in public policy so much, that Gordon was able to land an internship in the Indiana statehouse working for Indiana Farm Bureau. One project he was working on was helping Purdue University to get funding to build their new veterinary sciences building.

While a statehouse intern Gordon had a chance encounter that opened the door to study in Ireland. Gordon ran into Mitch Daniels, president of Purdue, and struck up a conversation. Gordon made such an impression, that he later met with Daniels and further discussed policies and initiatives. During that meeting Gordon heard about, and was recommended for, the scholarship that took him to Ireland.

In Ireland, he said he has found a lot of inspiration for ideas that he would like to bring back and use in his career. Gordon would like to help small towns to find their identity and become successful.

“My greatest passion is ensuring that rural communities can survive in the future,” he said. “I want to help create opportunities for young people — like recent Purdue graduates — to locate in rural communities without sacrificing the quality of life that they wish to achieve. I want to help reverse the attitude that locating in a rural area is ‘settling,’ especially for successful young adults.”