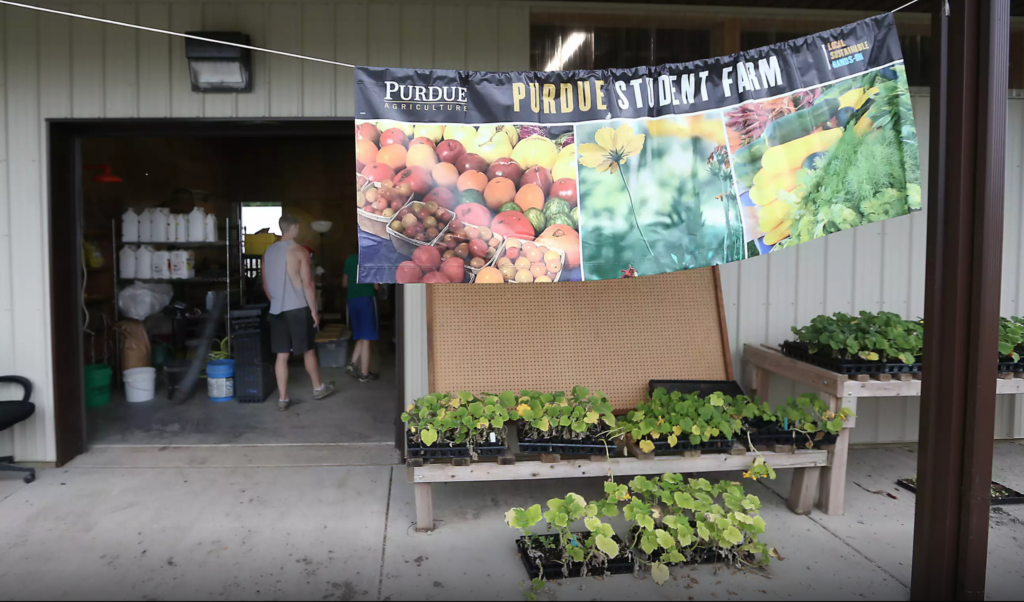 Just reading through Chelsea Maupin’s resume is exhausting. The Purdue University senior, majoring in sustainable food and farming systems and minoring in international studies in agriculture, doesn’t like to stay still for long. In addition to a demanding course load, she is active in a variety of student groups, including the Purdue Student Farm Organization, the Purdue Swing Dance Club and Purdue Outing Club.

It’s fitting that the Kokomo, Indiana native is in constant motion. One of her passions is travel. She has already completed three study abroad programs, including a Maymester in China, a summer in France and a semester in England, where she found time to volunteer at a bicycle repair cooperative.

“It’s important to see other places and meet different people in order to be more self-aware,” she says. “Being out of your comfort zone is a good way to open yourself up to new experiences.”

Another one of Maupin’s passions is agriculture. Her love of growing things started as child working on gardens with her grandparents.

“We always had a garden growing up,” she says. “And every year the garden got a few square feet bigger.”

But her interest isn’t just in raising plants. Maupin sees agriculture as another way of understanding people and their culture.

“I’ve always been interested in agriculture,” she says, “but increasingly also in what influences people’s behavior.”

She’s been involved with the Purdue Student Farm all four years, serving as an intern, employee, and then club president.

“I enjoy being outside, and being able to take a break from sitting and focusing is very important,” she says. “It’s nice get out and stretch, but it’s not a complete break. You will get dirty and you will get cold, or hot. But that’s part of farming.” Plus, she says with a smile, “you get free vegetables.”

Maupin is scheduled to graduate in May 2018 and hopes to pursue a career in international agricultural development – combing her interests in travel, growing things and building communities.

Reflecting on her four years at Purdue, she says her most meaningful experiences have been networking and the relationships she’s been able to build.

“I might not remember all the facts I’ve learned,” she says. “But I’ve learned how to learn.”