Did you know that out of the 33 native species of snakes Indiana is home to four of those are venomous? One of these four, the copperhead snake (Agkistrodon contortrix), is considered the 74th most venomous snake in the world. All four species are pit vipers, which means they share several characteristics including cat-like or elliptical pupils, spade-shaped heads and heat sensory pits between the nostrils and eyes. According to Brian MacGowan, wildlife Extension specialist and forestry and natural resources (FNR) Extension coordinator, copperheads are found predominately in the southern part of the state, although not in abundance. All four venomous snake species are considered uncommon or even endangered.

“Copperheads may be found most often in dry, forested areas with abundant bush, logs and rocks,” MacGowan explained.

Copperheads are easy to identify by their markings, although they tend to avoid people, making them difficult to spot. Their heads, true to their name, are coppery in hue and, when fully grown, roughly the size of a Hersey’s kiss. Their body, tan or brown in color, is marked by a distinctive hourglass pattern with a black perimeter. The copperhead’s tail is often yellowish or orange in hue. The tail tip is used to lure their prey, usually frogs or small lizards.

“When I was researching timber rattlesnakes as part of the Hardwood Ecosystem Experiment, I would occasionally come across copperheads either as they were crossing a road, or usually working around the den sites. These species will commonly den together. For as much time I spent out in the woods looking for timber rattlesnakes or tracking them, I really didn’t encounter that many copperheads.” 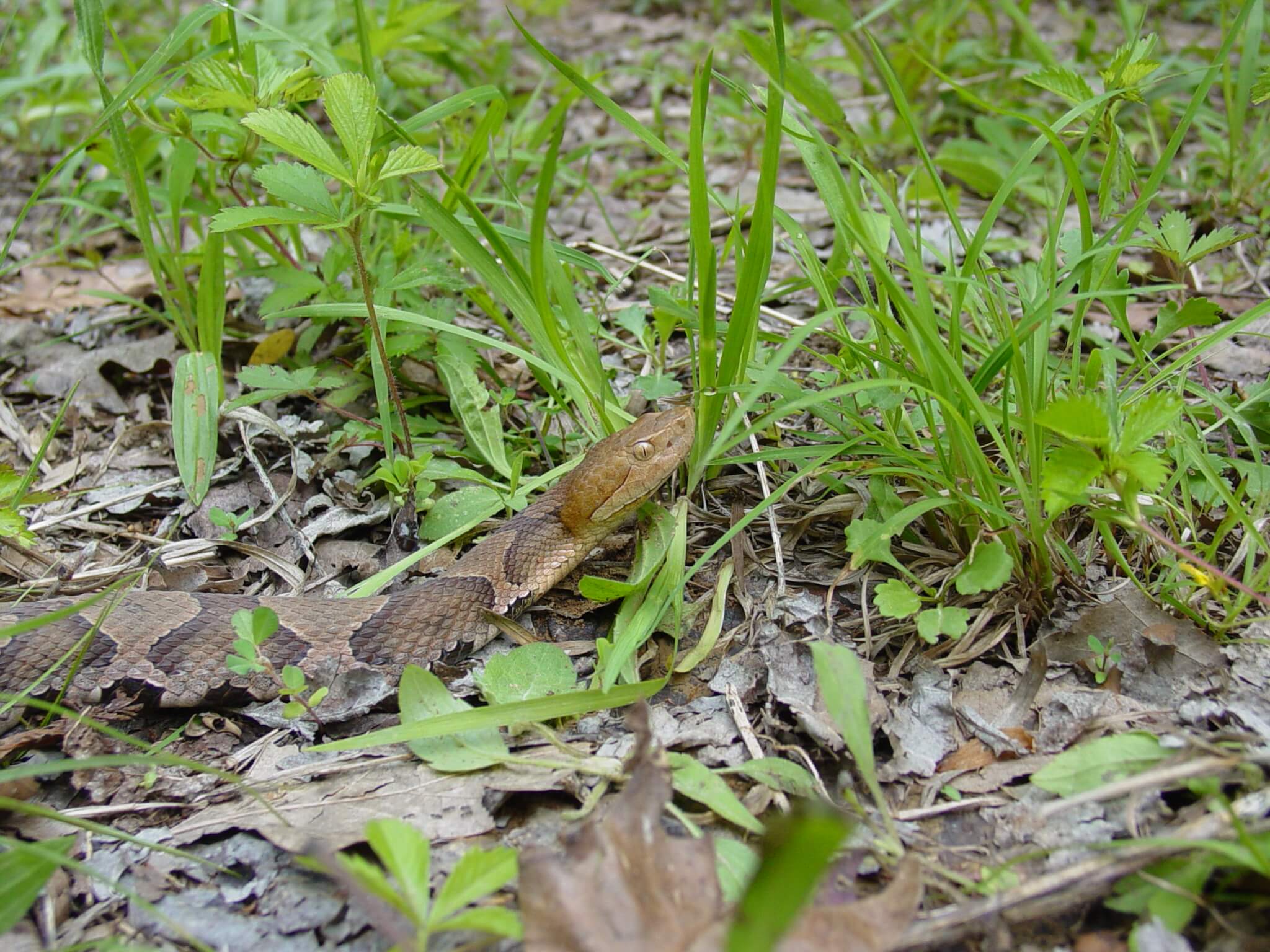 Due to their aversion to populated areas, it is also difficult to know roughly how many copperheads live in Indiana’s forests. Bites from copperhead snakes, and other venomous snake species are so rare in Indiana the numbers are not even tracked, MacGowan added.

While warmer temperatures due to climate change are unlikely to widen the territory of copperheads in Indiana, it could lengthen the period of seasonal activity for them and other snakes.

“There are a lot of things that dictate where wild animals will live,” MacGowan added. The current distribution of snakes in Indiana has more to do with habitat than anything. The lack of forested habitat with appropriate cover beyond its current distribution would be a significant barrier regardless how much the climate might warm. The daily and seasonal movements of reptiles are impacted by temperature.”