Visionaries honored during Celebration of Agriculture 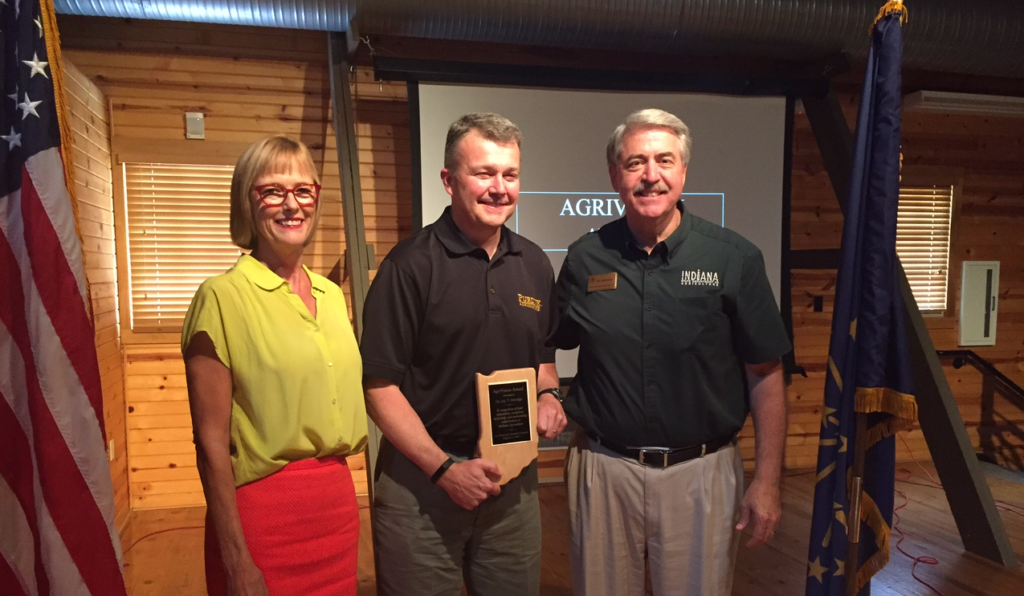 Lt. Governor Suzanne Crouch presented the 2017 AgriVision Award to Beth Bechdol, Director of Agribusiness Strategies at Ice Miller, President and CEO of AgriNovus Indiana, and Purdue Ag Alum, and Dr. Jay Akridge, Interim Provost at Purdue University , during the Celebration of Agriculture at the Indiana State Fair. In its eleventh year, the award is given to Hoosier visionaries who have demonstrated exemplary leadership to maximize the potential of Indiana agriculture.

“The extraordinary vision and leadership Beth Bechdol and Jay Akridge provide to Indiana agriculture epitomizes the spirit of the AgriVision Award,” Lt. Governor Crouch said. “Their passion and expertise has led to countless innovations, and they represent the very best of Indiana agriculture. It’s an honor to present them with this prestigious award.” 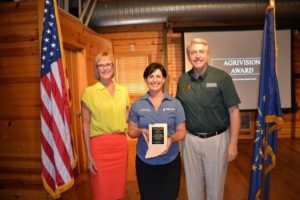 “I have had the privilege of working alongside Beth and Jay for many years and seen firsthand the tremendous contributions they have made to agriculture, Hoosier families and the state,” said Ted McKinney, Indiana State Department of Agriculture (ISDA) Director. “They are true visionaries, and their deep commitment to those who grow our food, fuel and fiber is why they are more than deserving of this honor.”

Beth Bechdol is the Director of Agribusiness Strategies at Ice Miller and President and CEO of AgriNovus Indiana. Growing up on a farm in Auburn, Ind., Bechdol has spent her entire life striving to make Indiana a global leader in agriculture. Her public service includes work with the United States Department of Agriculture (USDA) and on the Senate Agriculture Committee under Indiana Senator Richard Lugar. She was also the first deputy director at ISDA and was integral in establishing the agency. She was directly involved in ISDA’s international trade efforts and coordinated several trade missions for then-Governor Mitch Daniels and Lt. Governor Becky Skillman.

Dr. Akridge is currently Purdue’s Interim Provost and Executive Vice President for Academic Affairs and Diversity. Akridge began his career 20 years ago at Purdue University as a faculty member in the Department of Agricultural Economics and has since served as dean of the College Agriculture. During his time at Purdue, he has positioned the university to be one of the world’s leading agricultural colleges through innovative program development, initiatives and research. His expertise and leadership is valued by industry leaders here in Indiana and nationwide. Akridge served on the ISDA Advisory Board from 2009 to 2015 and was part of the team that created AgriNovus Indiana. He is also a leader in the Association of Public and Land Grant Universities (APLU), a research, policy and advocacy organization dedicated to advancing the work of public universities in North America.