Recent research undertaken by Purdue University and the University of Reading, England has begun to address these questions. In the summer and fall of 2002, a number of research sessions were held with primary household shoppers in Long Beach, CA (47 participants), Jacksonville, FL (39 participants), Lubbock, TX (80 participants), Reading, England, (108 participants) and Grenoble, France (98 participants). In these research sessions, consumers were asked a number of questions to determine their knowledge and attitudes about the use of genetic modification in food production. Then, consumers bid in an auction. Using an auction to determine how consumers value genetically modified food is advantageous because the approach creates an active market that involves the exchange of real food and real money to determine the price-premium placed on a food containing no genetically modified ingredients versus a food containing genetically modified ingredients. A substantial amount of academic research has shown that individuals’ responses to hypothetical survey questions are poor predictors of actual behavior. By using a non-hypothetical auction with real food and real money, this study avoids the bias inherent in hypothetical surveys.

for the item. This study used a “willingness-to-accept” auction where individuals bid to accept a good they did not want where the lowest bidders(s) won and were paid one of the lowest bid amounts to take the item.

For ease of exposition, data from the three U.S. locations were pooled together (figure 1). Clearly, U.S. consumers were much more willing to consume the genetically modified cookie than were the EU consumers. Over 65% of U.S. consumers demanded an amount between 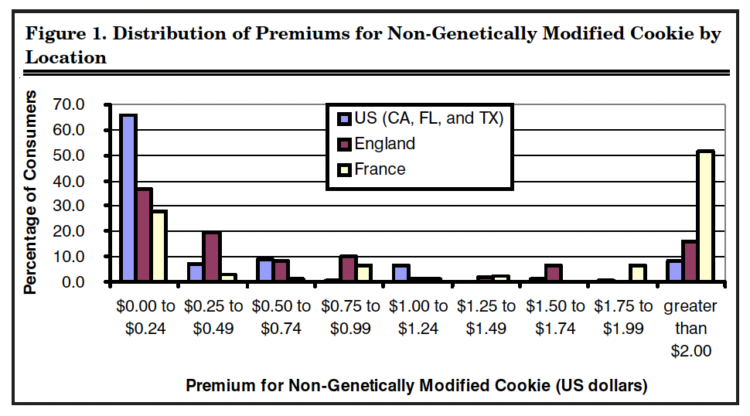 Figure 1. Distribution of Premiums for Non-Genetically Modified Cookie by Location

Two important conclusions can be drawn. First, on average EU consumers are much more concerned about consuming this particular genetically modified food than are U.S. consumers. But averages don’t tell the whole story. The second important conclusion is that there is significant heterogeneity within each country, with significant segments of the English and French populations having both relatively low and high concern for this genetically modified food.

These results have a number of implications for U.S. agricultural producers. First, results suggest that roughly 10% of U.S. consumers are adamantly opposed to use of biotechnology in food production and this number is much higher in England (16%) and France (52%). Thus, it appears there are viable niche marketing opportunities in the U.S. to promote and sell “GMO free” foods. Some of this market is currently being met by firms that typically bundle “GMO free” and organic attributes, but there may be room for more players in this arena. These results also imply that US exporters will likely encounter strong resistance to future efforts at liberalizing the EU’s policies on genetically modified foods. Although products such as Round-up Ready soybeans are approved for sale in the EU (albeit with a mandatory label), little is actually sold. One of the major impediments to entering the European markets with genetically modified foods are the European food retailers who have decided to effectively ban genetically modified foods from their shelves. One might question why European food retailers ban genetically modified products even though most European countries have labeling laws for genetically modified food such that consumers can pick-and-choose as they please. One answer may be the retailers’ fear of reaction from consumer and environmental activist groups, which tend to be larger in Europe than in the U.S. Helping European retailers devise strategies to contend with activist protests could help open the door for US exports. Ongoing research on consumer behavior is aimed at determining the extent to which consumer aversion to genetically modified foods will change in the future due to education, communication strategies implemented by the biotechnology industry, the popular press, and future scientific discoveries.