Wheat Blast is an emerging disease that has been detected in parts of South America and South Asia. Given the global importance of wheat as one of the most widely consumed cereal crops, proactive approaches are needed to minimize crop losses. Wheat blast causes millions of dollars in losses and is a disease on the move. Further, its symptoms on wheat spikes resemble those of Fusarium Head Scab (FHB), a disease well established and prevalent in various wheat regions in the U.S. and beyond.

Before joining Purdue, Dr. Cruz worked as a Research Assistant Professor at Kansas State University, where he became a world-renowned expert on the wheat blast disease. Dr. Cruz has worked with the wheat blast pathosystem studying pathology, host resistance, ecology, and epidemiology.

Dr. Cruz has developed a unique collaborative work with North and South American researchers from various institutions to tackle the threat posed by this disease. His approach driven by social awareness and a will to making a positive impact on the world’s food supply has earned him a sterling reputation in the wheat blast research community. He built a world-class plant disease phenotyping operation in Bolivia which has been active for more than seven years. This operation is still in use, enabling Dr. Cruz and a diverse global team to investigate the epidemiology of wheat blast and evaluate disease resistance phenotypes of candidate wheat lines. 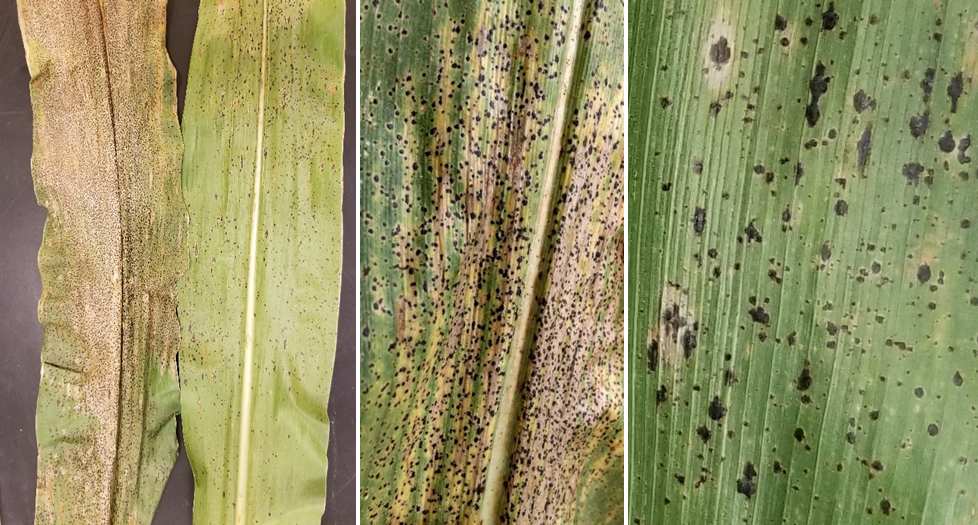 Two independent scenarios justify the fear of emerging and re-emerging plant diseases. First, pathogens are increasingly spreading around the world, some with dramatic effects on plant populations. Second, native pathogen strains may become increasingly problematic under a changing climate that could favor epidemics. Tar Spot was first detected in the United States in 2015 in both Indiana and Illinois. Since its discovery, it has also been confirmed in Iowa, Michigan, Wisconsin, Ohio, and Florida.

Unfortunately, there is limited information on the biology of the pathogen(s) that causes tar spot, and the epidemiology and management of this disease. Without adequate information, it will be hard to contain and control a disease of this magnitude. For those reasons, proactive approaches are needed to minimize crop losses.

The Cruz Lab has partnered with the Telenko Lab and proposed to initiate research to gain a better understanding of this disease on corn and identify management and yield loss mitigation options for growers in Indiana and beyond. Strategic collaborations with national research and stakeholder institutions will provide a unique opportunity for the development of prevention and management strategies for this emerging disease that threatens agriculture. 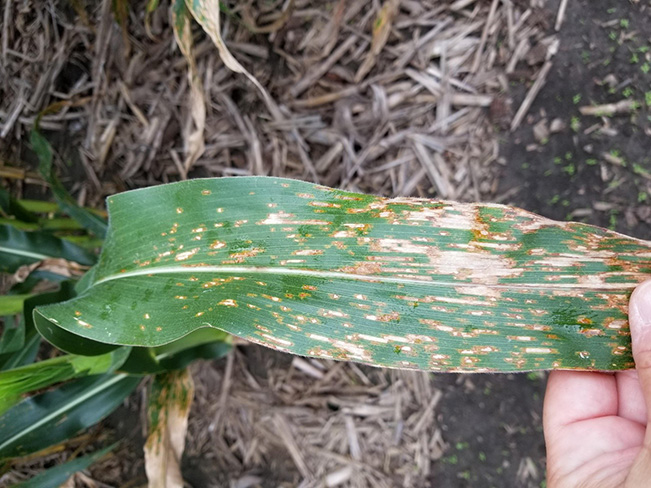 Gray Leaf Spot of Corn Gray leaf spot (GLS), caused by the fungus Cercosporazeae-maydis, is the world’s most yield-limiting foliar disease of field corn (Zea mays L.). To develop adequate strategies for GLS management, we must be able to monitor it easily, frequently, and accurately in the field. Traditional plant monitoring systems include visual estimates to identify disease symptoms. However, these methods are limited to human experts trained in visual evaluation, which is logistically challenging and subjective. The Cruz lab is interested in developing objective and reliable phenotyping protocols to facilitate assessment of GLS presence and intensity, communication of disease assessment data and a faster crop management response. Automated, sensor-based methods with higher specificity and reliability have the potential to improve detection of GLS and to provide a tool to maximize the efficiency of surveillance. Our long-term goalis to integrate technology and analytical techniques to develop a next-generation decision-support platform to manage GLS.