The Purdue University/CME Group Ag Economy Barometer fell to a reading of 114 in September, fifteen points below its August reading of 129 and its lowest reading since October 2016. September marked the second large decline in the barometer this summer, as it also declined precipitously in July. The barometer, a sentiment index based upon a nationwide monthly survey of 400 U.S. agricultural producers, has been unusually volatile in recent months. In June, the barometer came in at a reading of 143, but then declined sharply to 117 in July before recovering somewhat in August. This month’s decline was driven by declines in both of the barometer’s two sub-indices, the Index of Future Expectations, which fell 10 points and, especially, the Index of Current Conditions, which fell 25 points, both compared to their respective August readings. 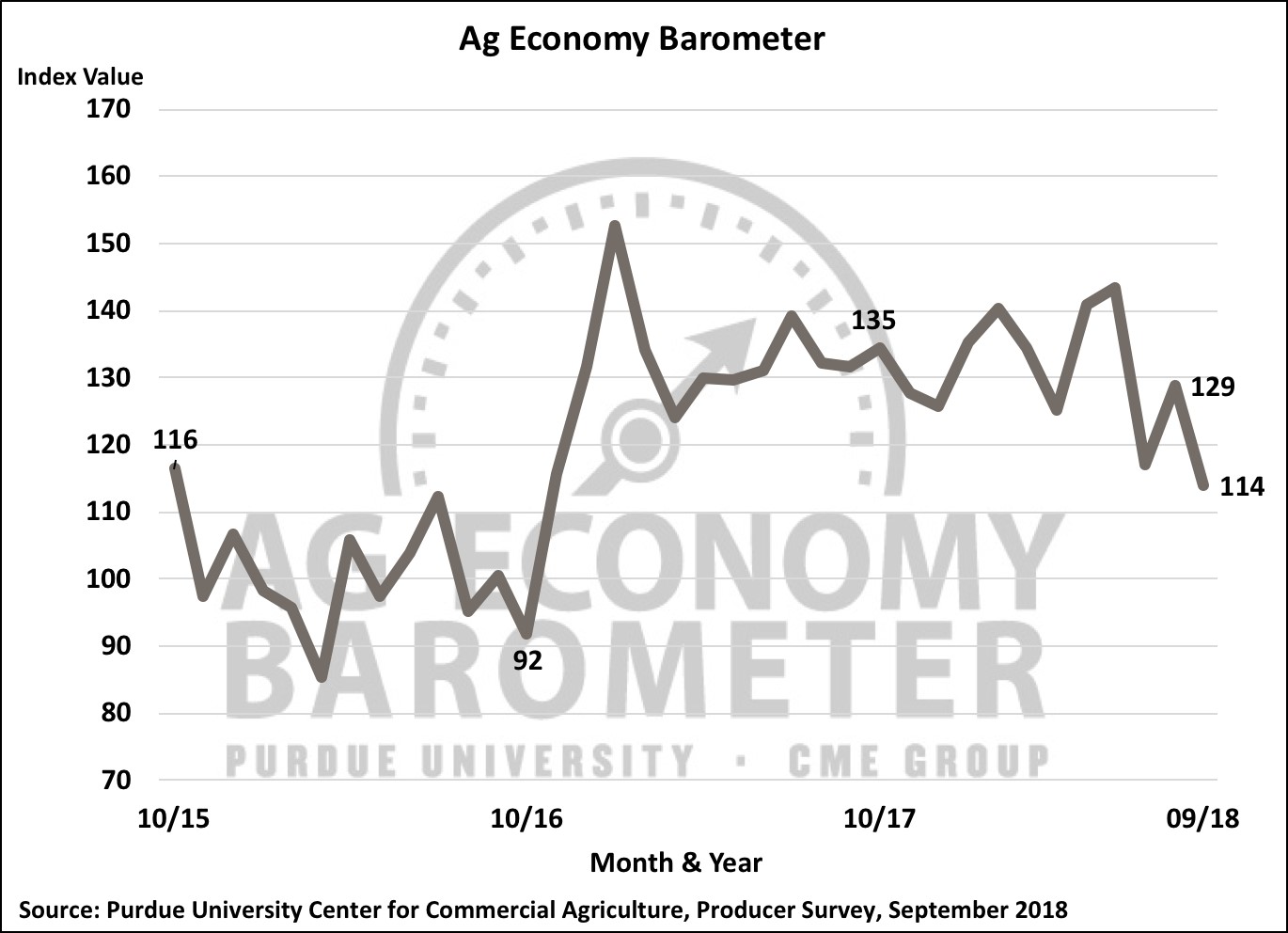 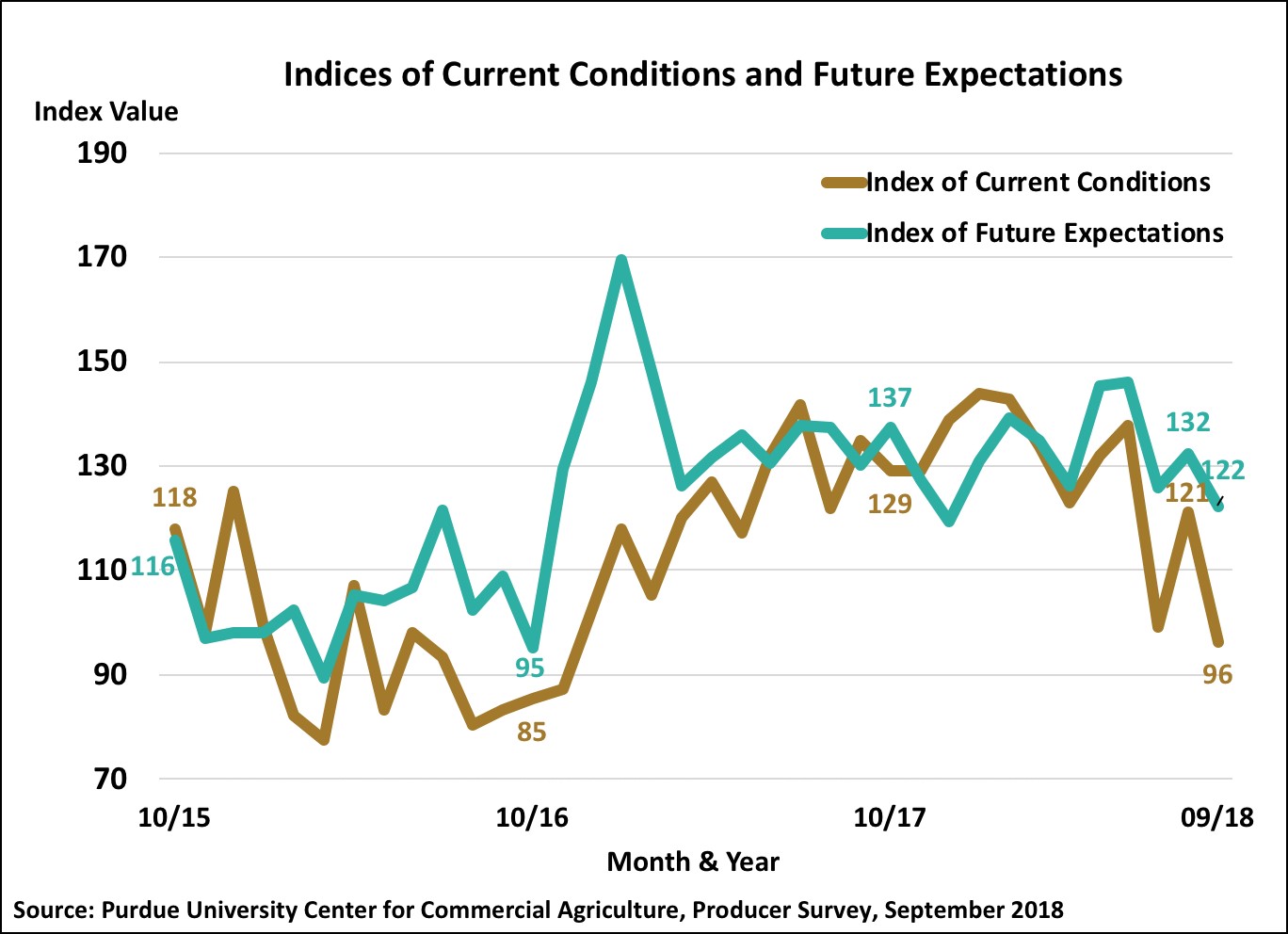 Concerns about the impact of trade conflicts with major agricultural trading partners, especially China, continue to reverberate throughout the U.S. production agriculture sector. Exacerbating concerns about the impact of China’s tariffs on agricultural products has been unusually favorable weather conditions this summer leading to record yields, and large domestic supplies for corn and soybeans. Prices for both fall harvested crops experienced large price declines since June 1st with nearby corn futures declining 12 percent and nearby soybean futures declining 19 percent. The futures price declines were accentuated by unusually negative basis values for both commodities, especially soybeans, pushing cash prices down even further. 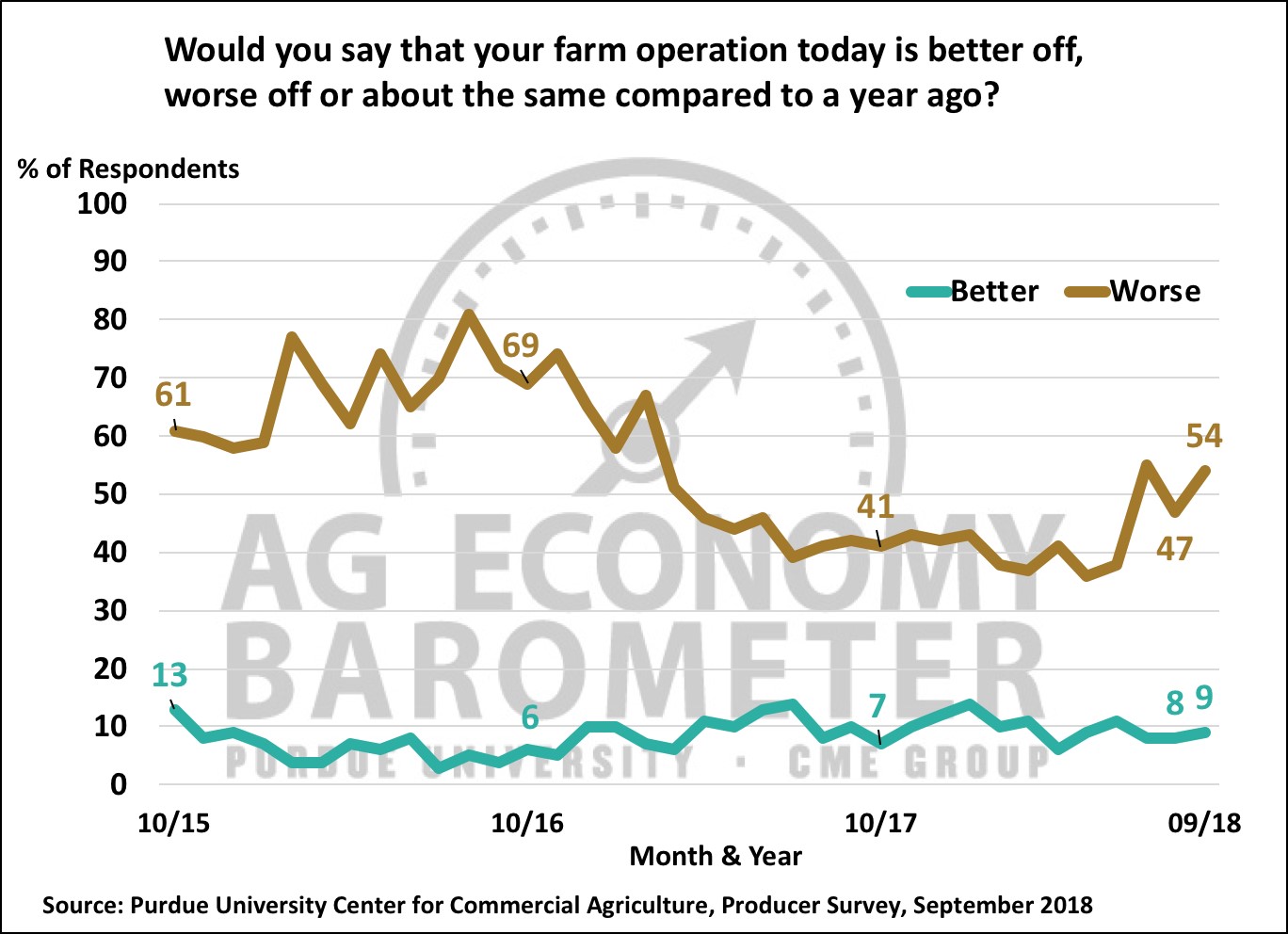 Figure 3. Would you say that your farm operation today is better off, worse off, or about the same compared to a year ago?, October 2015-September 2018.

Concerns extend beyond producers’ own farming operations to the broader agricultural economy. In September, 69 percent of producers said they expect bad times in the U.S. ag economy in the upcoming 12 months vs. 52 percent that felt that way in August. As recently as June, less than half (46 percent) of the respondents expected bad times in the upcoming year. The percentage of producers expecting a protracted downturn also increased on the September survey. This month 41 percent of producers said they expect widespread bad times in U.S. agriculture over the next five years, up 6 points from August and 10 points compared to the June survey.

The negative perspective on the ag economy was particularly noticeable when producers were asked for their perspective on making large investments in farm machinery and buildings for their farming operation. Just 20 percent of respondents said now is a good time to make large farm investments and 78 percent said it was a bad time to make such investments. Combining the good and bad time responses into a diffusion index that can best characterize farmers perspective on making investments in farm machinery and buildings resulted in the most negative reading on large farm investments since the Ag Economy Barometer survey launched in October 2015. 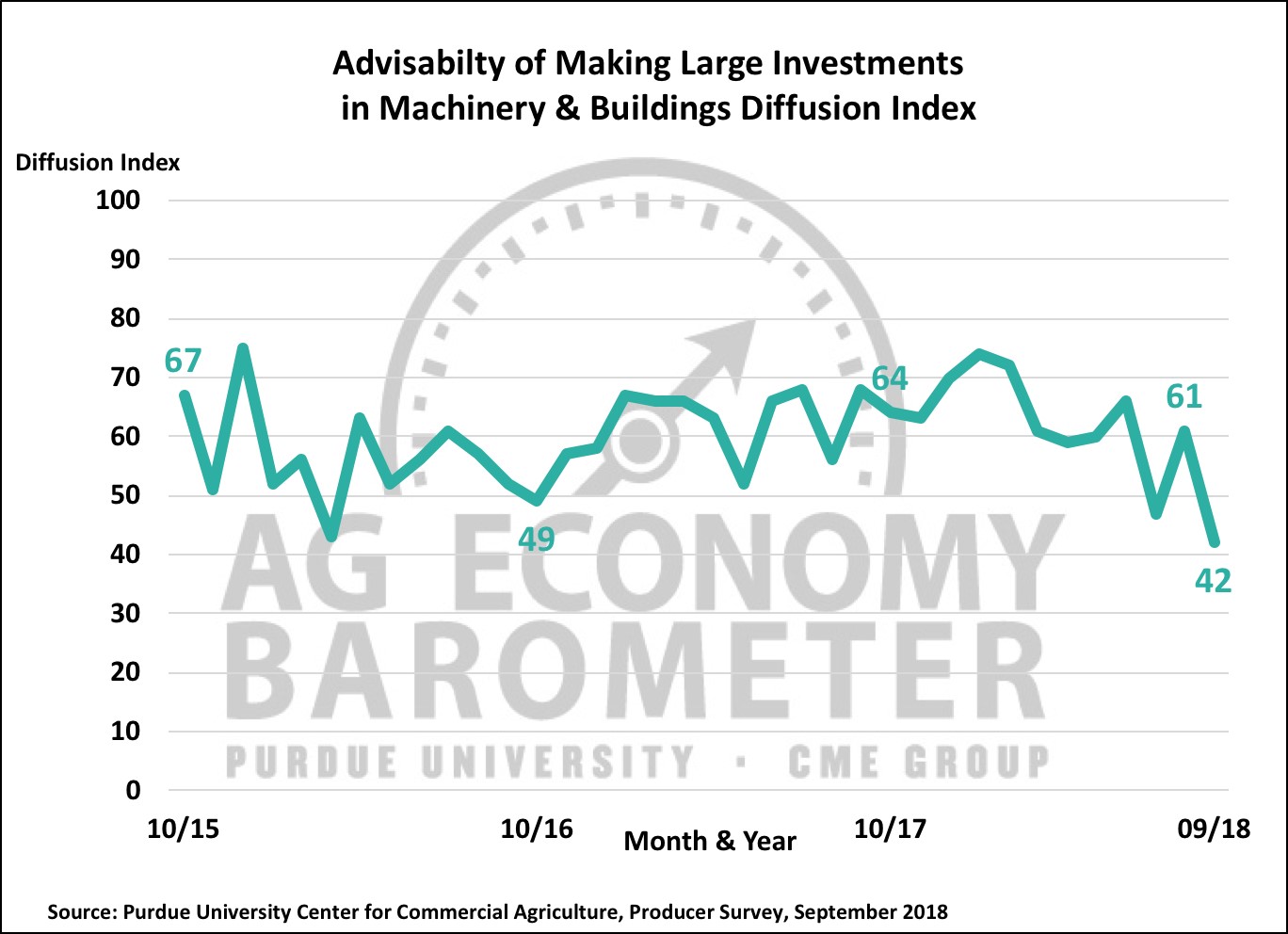 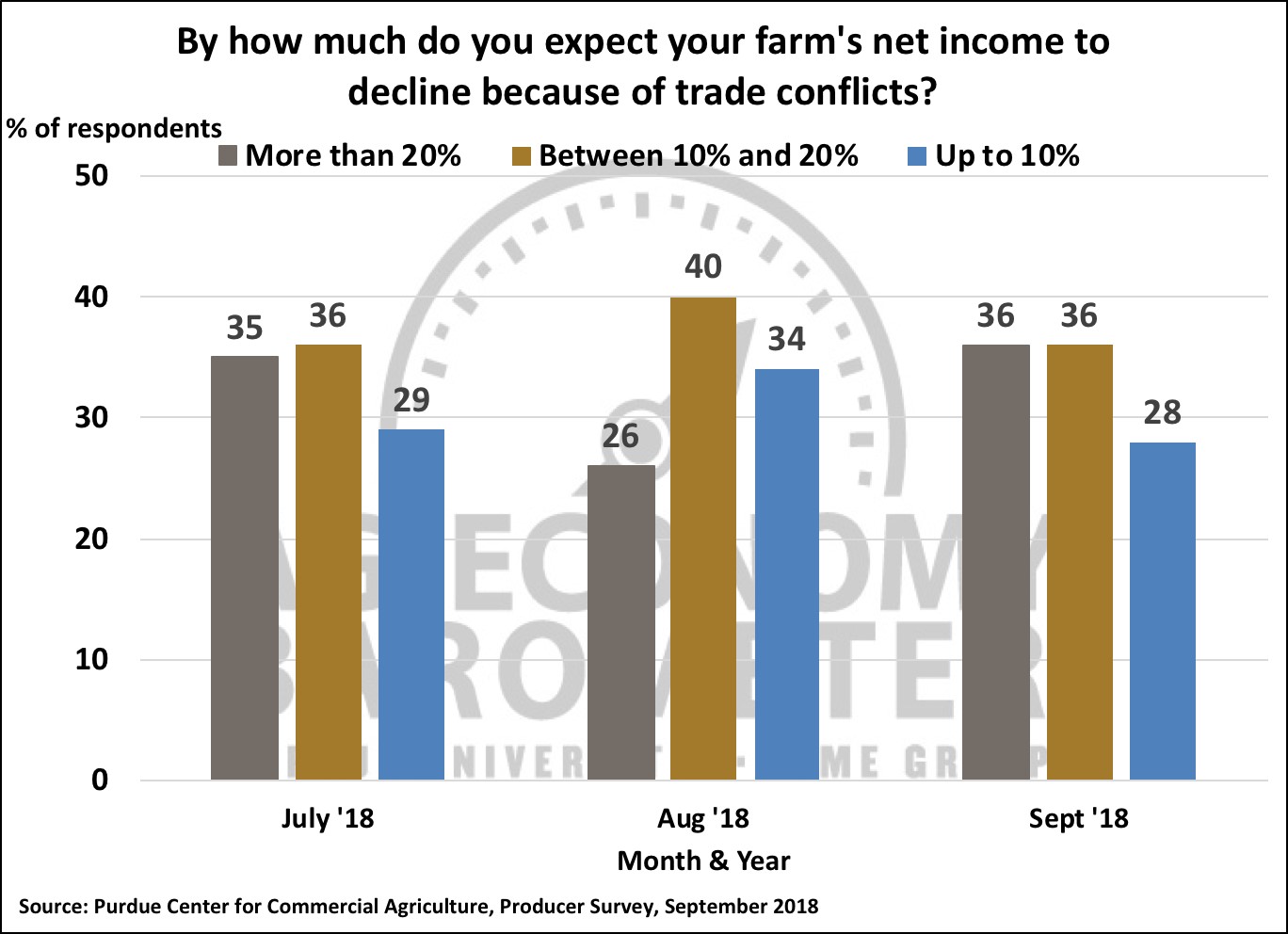 Figure 5. By how much do you expect your farm’s net income to decline because of trade conflicts?, October 2015-September 2018. 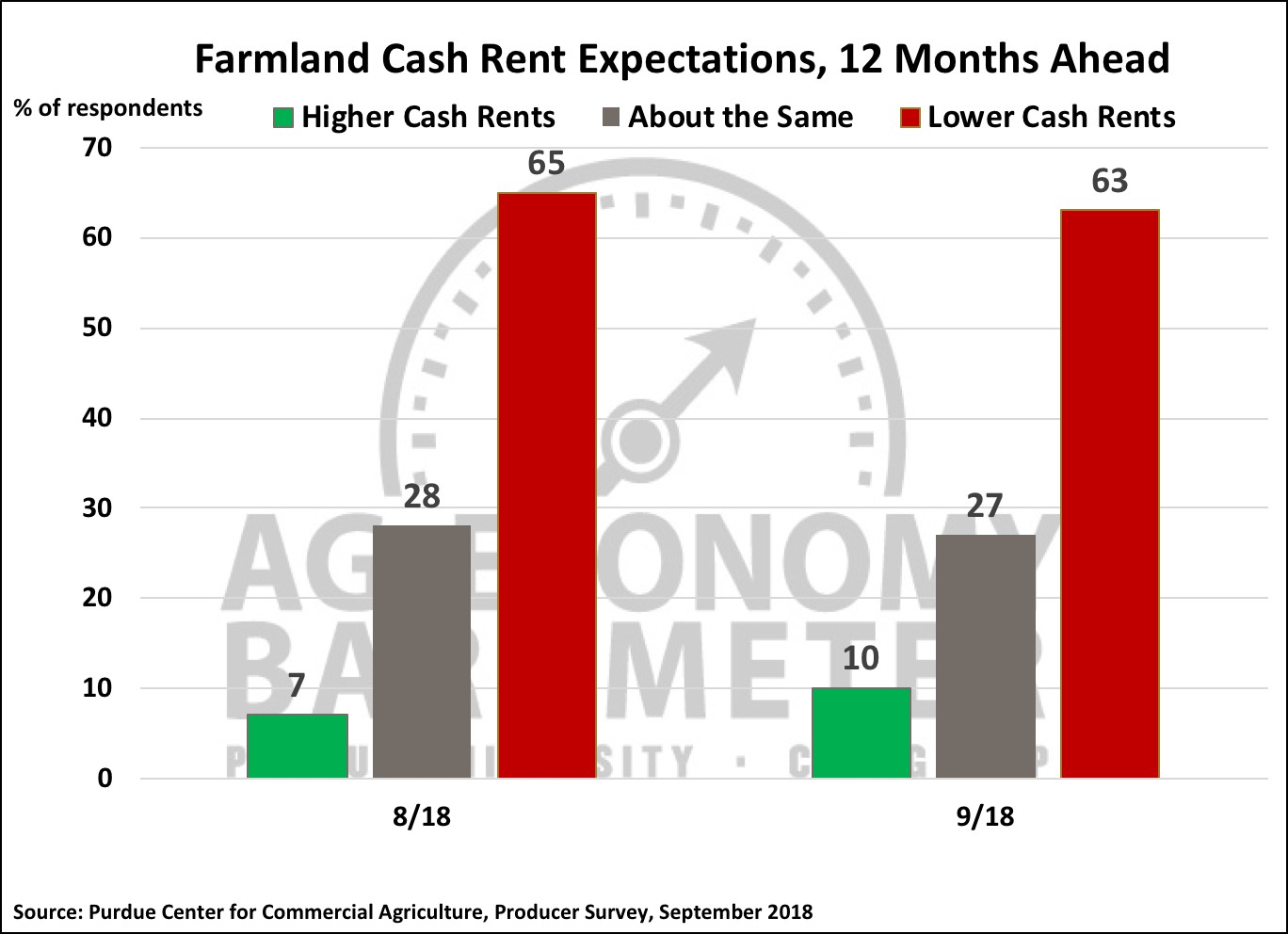 Producer reaction to the Trump administration’s $12 billion relief plan changed little from the August survey, conducted before the plan’s details were made public, to the September survey, which was conducted after the specific compensation levels by commodity were announced by USDA. When asked to what degree does President Trump’s $12 billion relief plan relieve your concerns about the impact of tariffs on your farm’s income the percentage of respondents saying they were somewhat relieved increased slightly to 45 percent from 43 percent while 45 percent of respondents said they were not at all relieved, which was virtually unchanged from August. 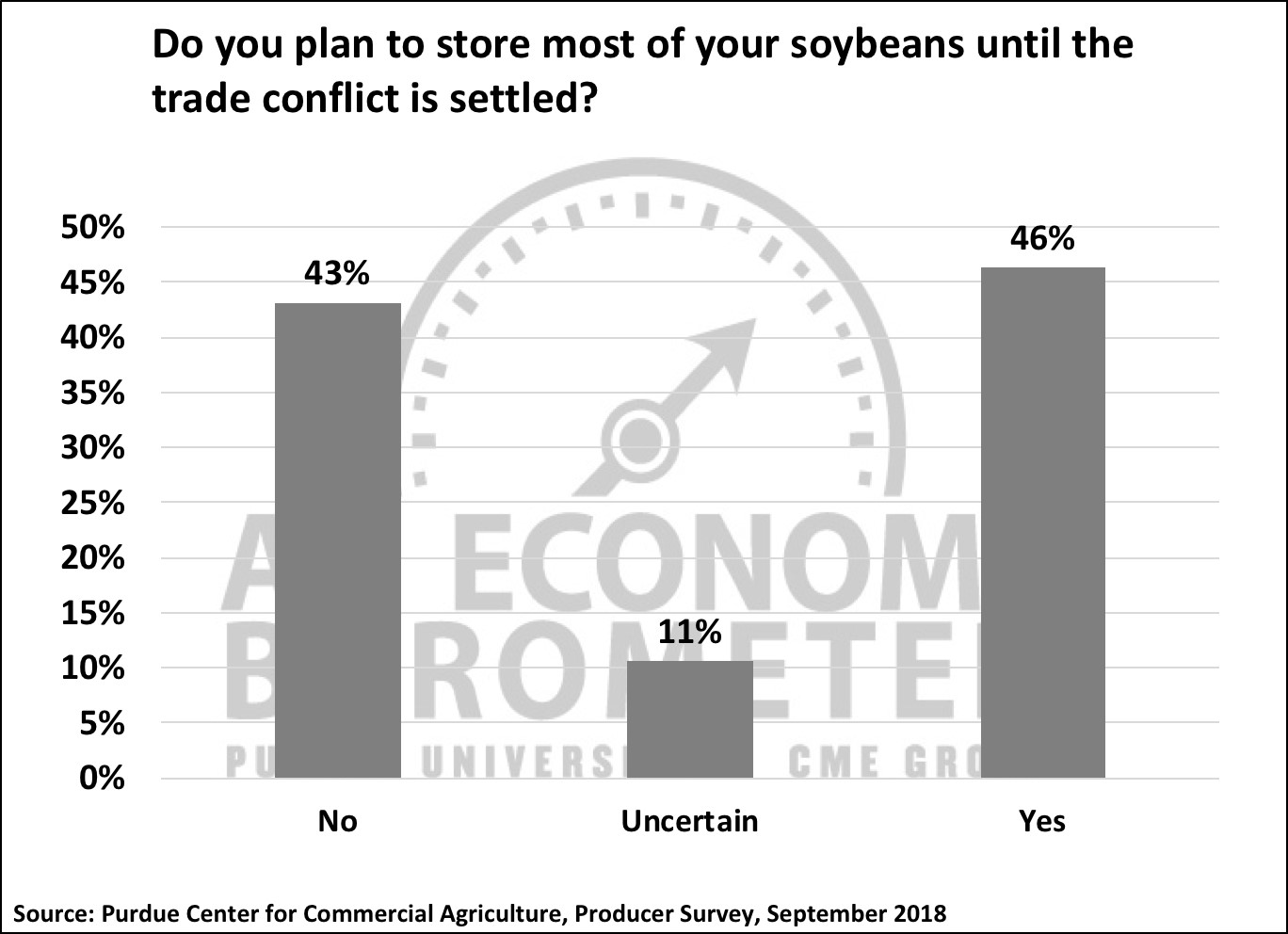 Figure 7. Do you plan to store most of your soybeans until the trade conflict is settled?, September 2018.