The May reading of the Purdue University/CME Group Ag Economy Barometer was 141, 16 points higher than in April 2018 and the highest barometer value since January 2017 (Figure 1). The rise in the barometer, a sentiment index derived from a monthly survey of 400 agricultural producers across the U.S., was driven both by producers improved view of current conditions and, especially, their more optimistic view of the future. The Index of Current Conditions rose to 132 during May, 9 points higher than in April while the Index of Future Expectations climbed to a reading of 145, 19 points higher than a month earlier (Figure 2). This was the highest future expectations reading since February 2017. 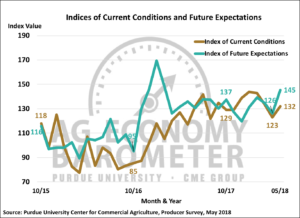 Figure 2. Indices of Current Conditions and Future Expectations, October 2015-May 2018. 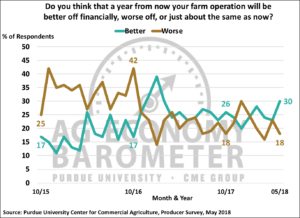 Figure 3. Percentage of producers that think a year from now their farm will be better off or worse off than now, October 2015-May 2018.

At least part of the sentiment improvement detected on the May survey is attributable to producers improved perspective regarding how the U.S. agricultural economy is likely to perform, both over the course of the next 12 months and the upcoming five years. Looking ahead 12 months, 32 percent of producers expect good times in U.S. agriculture, up from 25 percent a month earlier. When asked to look ahead 5 years, 51 percent of respondents said they expect good times in U.S. agriculture compared to 44 percent who felt that way in April. The improvement in sentiment regarding the U.S. agricultural economy could be a function of a relaxation in international trade tensions with China compared to a month earlier when nearly one-fifth of respondents expressed concern that U.S. agricultural exports will decline over the next five years.

This month’s survey included several questions related to the Farm Bill debates taking place in Congress. First, producers were asked to rate how effective the current U.S. Farm Bill, passed in 2014, is at providing producers with a financial safety net (Figure 4). On a 1 to 9 scale where 1 is “not at all effective” and 9 is “very effective”, two-fifths of the respondents said the current farm bill was not effective (a rating of 4 or less) and just 25 percent of respondents said the current farm program provided an effective financial safety net (a rating of 6 or higher). To provide a frame of reference for these responses, when this question was posed in November 2016 and again in November 2017, 47 and 45 percent of those surveyed, respectively, thought the 2014 Farm Bill was not effective in providing a financial safety net. When asked more specifically for their evaluation of the current ARC-County and PLC income support programs included in the 2014 Farm Bill, only one-quarter of the respondents said these programs were effective (a score of 6 or higher) in providing a financial safety net and nearly one-third said they were not effective (a score of 4 or less) (Figure 5). 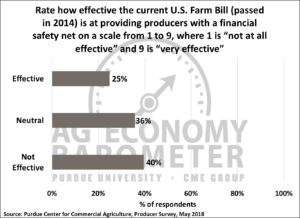 Figure 4. Producer rating of effectiveness of current U.S. Farm Bill in providing producers with a financial safety net, May 2018. 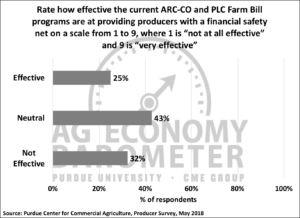 Figure 5. Producers rating of effectiveness of ARC-County and PLC programs in providing producers with a financial safety net, May 2018. 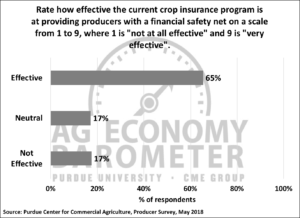 Figure 6. Producers rating of effectiveness of crop insurance in providing a financial safety net, May 2018. 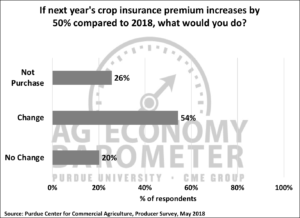 Figure 7. Producer response to a 50% increase in next year’s crop insurance premium, May 2018.

Ag producer sentiment improved markedly in May as the Ag Economy Barometer rose to its highest reading since January 2017. The increase in the sentiment index was driven both by an improvement in producer’s perception of current conditions and, especially, by a more optimistic view of future economic conditions. Compared to April, producers were more optimistic about the U.S. ag economy over the course of the next year and the upcoming five years. A relaxation in trade tensions between the U.S. and China could account for some of the increase in optimism about the U.S. ag economy.