Agricultural producer sentiment rose sharply as 2016 drew to a close. December’s reading of 132 for the Purdue/CME Group Ag Economy Barometer marked the second month in a row that the index increased, rising to its highest level since data collection began in October 2015. The December reading is 16 points above November’s and 40 points higher than in October (Figure 1). The barometer is based on a monthly survey of 400 agricultural producers from across the country. 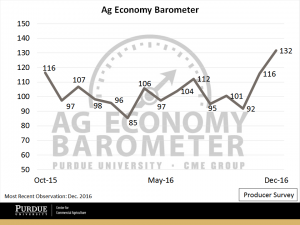 Optimism about both current and future economic conditions helped drive the barometer higher during December. Although both of the Ag Economy Barometer’s sub-components, the Index of Current Conditions and Index of Future Expectations, increased during December, the biggest improvement was in producers’ expectations about future economic conditions (Figure 2). The Index of Future Expectations rose to 146 in December, 51 points higher than during October and the highest reading in 15 months of data collection. The Index of Current Conditions has been trending higher since September but the improvements were quite modest, until December. At a value of 102 in December, the measure of current economic conditions was 15 points above the November reading and 22 points above its August low of 80.

Interestingly, the improvement in producer sentiment over the last two months does not appear to be motivated primarily by changes in corn and soybean prices. For example, March 2017 CBOT corn futures prices were actually slightly weaker when survey responses were gathered in November and December than during the October survey period. In the soybean complex, January 2017 CBOT soybean futures prices during the November survey period were virtually unchanged, and in December were only slightly stronger, compared to prices observed during the October survey collection period. 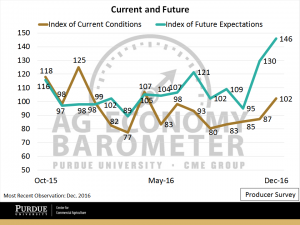 Optimism Extends Beyond the Ag Economy

The improvement in producer sentiment extends beyond agriculture. In both October and December producers were asked about their expectations regarding the broad U.S. economy. The contrast in sentiment from the October survey, three weeks prior to the U.S. elections, and the December survey, five weeks following the elections, is remarkable. When asked about the U.S. economy over the next 12 months on the October survey, just 13 percent of respondents expected the U.S economy to expand and 23 percent thought a contraction in the U.S. economy was likely (Figure 3). When the same question was posed on the December survey, fully half of the respondents expected the economy to expand and just 13 percent expected the economy to contract during the upcoming year. 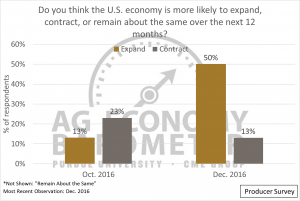 Figure 3. Producer expectations about the U.S. economy over the next 12 months, October 2016 and December 2016. 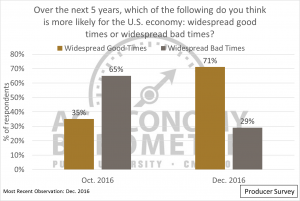 Figure 4. Producer expectations about the U.S. economy over the next five years, October 2016 and December 2016.

Confidence in prospects for the U.S. economy appeared to spill over into an improvement in producers’ outlook for the agricultural economy and their own farming operations. When asked about their outlook for the U.S. ag economy over the next 12 months, 36 percent of respondents in December expected “good times.” (Figure 5). Although this indicates that less than half of the survey respondents expect good times in the next year, it is the most positive response to this question by survey respondents in the 15 months of data collection. Similarly, when asked about their outlook for the next five years, a survey-high of 45 percent expect overall “good times” in the ag economy. Both of these measures were markedly stronger than just a year ago when only 13 percent of respondents expected good times over the next 12 months and 25 percent expected good times over the next five years.

Producers also showed signs of becoming more optimistic about their own operations’ financial situation a year from now (Figure 6). In December, 32 percent of respondents reported they expect their farm to be financially “better off” a year from now. This was the highest observation over the past 15 months and was nearly double the percentage of respondents expecting to be better off when surveyed in October. The increase in optimism toward the future showed up when survey respondents were queried about both crops and livestock. Specifically, when asked if “good times” or “bad times” were more likely over the next five years, a survey-high reporting “good times” was recorded for both livestock (49 percent) and crops (45 percent). 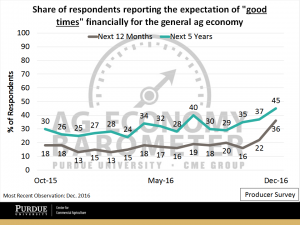 Figure 5. Share of respondents expecting “good times” in the general ag economy over the next 12 months and next five years. 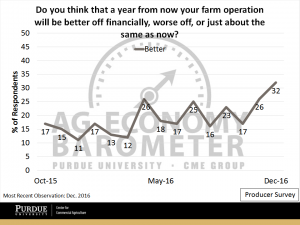 Figure 6. Share of respondents reporting expecting their operations to be financially “better off” a year from now.

Although agricultural producer sentiment has improved markedly the last two months, survey responses still indicate that producers are facing challenging times. When asked about the current financial conditions of their farming operations in December, nearly two-thirds of producers still reported their operation is financially “worse off” today when compared with a year ago (Figure 7). Although this is an improvement compared to last summer when over 80 percent of respondents reported being “worse off” than a year earlier, it still indicates that producers are generally facing more financial stress than in fall 2015. 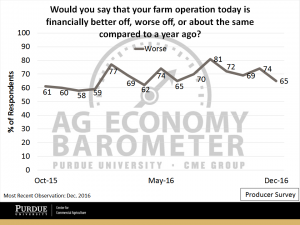 Figure 7. Share of respondents reporting the farm is financially “worse off” today compared to a year ago.

Working with colleagues from the Purdue Initiative for Family Firms (PIFF), the December producer survey included questions focused on prospects for a new generation of producers to join a family farming operation. These questions provide additional insight into producers’ confidence as the decision to bring a new generation into a family farming operation is an alternative long-run measure of confidence in the agricultural economy.

Respondents were evenly split on their thoughts about the current agricultural climate when asked if now was a good time to bring a new generation into the family farming operation (Figure 8). When asked about conditions being better in the future, a majority (62 percent) thought conditions would be more favorable in five years to transition a new generation into a family farming operation (Figure 9). 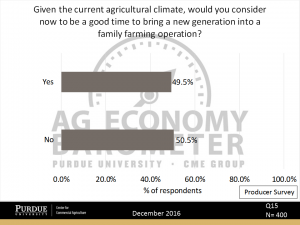 Figure 8. Respondents thinking the current agricultural climate is a good time to bring a new generation into the family farming operation. 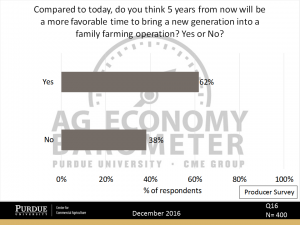 Figure 9. Respondents expecting 5 years from now being a more favorable time to bring a new generation into the family farming operation.

Agricultural producer sentiment improved markedly in December and was a continuation of the improvement observed in November. The shift in sentiment was driven mostly by a strong shift in producers’ expectations for the future, although producers in December were also more optimistic about current conditions than earlier in the year. Expectations by producers for a stronger U.S. economy appear to be influencing their perspectives regarding the U.S. agricultural economy and even the conditions of their own farming operations. Still, despite the improvement in sentiment among producers revealed by the December survey, it’s important to be cognizant of the fact that nearly two-thirds of the producers surveyed indicated that the financial conditions of their farming operations were worse in December 2016 than a year earlier.