Agricultural producers’ sentiment improved markedly in November, reaching its highest level since October 2015. At 116, the Purdue University/CME Group Ag Economy Barometer–a monthly survey of 400 agricultural producers from across the country–was considerably higher than October 2016’s value of 92 and also compared favorably with the early summer reading of 112 (Figure 1). Reduced pessimism about the future, motivated in part by improving corn and especially soybean prices, was the driving force behind the improvement in this month’s barometer. 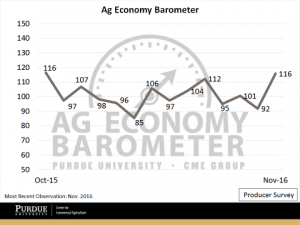 The Ag Economy Barometer can be broken down into two component indexes: the Index of Future Expectations and the Index of Current Conditions. The November uptick in producer sentiment was attributable primarily to an improvement in the Index of Future Expectations, which increased to 130 in November versus a reading of 95 in October (Figure 2). Meanwhile, producers’ outlook about the current state of the agricultural economy (as measured by the Index of Current Conditions) continued the slow climb that began in September after bottoming out in August 2016. 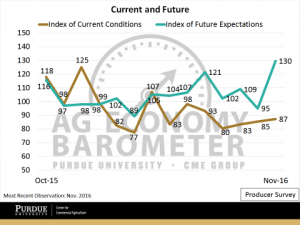 What was behind the improvement in producer sentiment about the future? Producers’ view of the future was buoyed in part by a significant rally in futures prices for corn and especially soybeans this fall. Importantly, the price rally included not just nearby futures contracts, but extended to prices for both the 2017 and, to a lesser extent, the 2018 harvest. For example, recent November 2017 soybean futures prices were as much as 13 percent higher when compared to their late August lows (Figure 3). The price rally occurred despite record-large harvests of both corn and soybeans this fall, which had been expected to put downward pressure on futures prices.

The impact of the price rally was magnified for many corn and soybean producers by their harvest of record yields in 2016. The combination of strengthening commodity prices and record yields is improving the crop revenue picture for producers, providing support not only to their perspective on near-term economic conditions, but also fueling a change in perspective about the future. 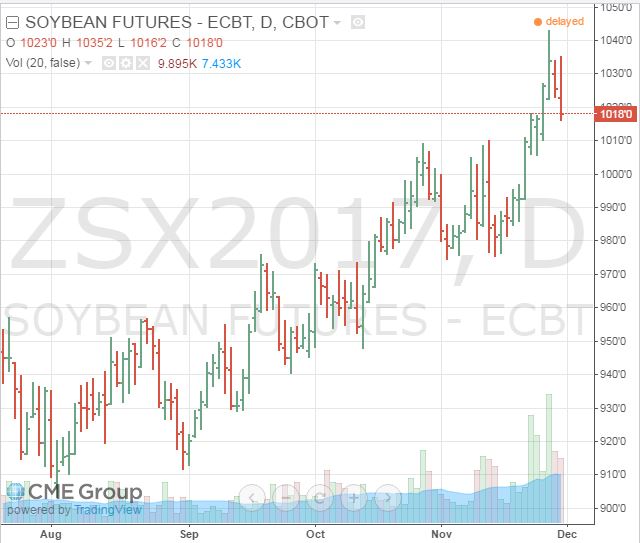 Better, or Just not Worse?

It’s important to note that the jump in producer sentiment was driven in part by fewer respondents with a negative outlook, rather than a notable shift toward a positive outlook on the agricultural economy. For example, each month producers are asked about their expectations for the general agricultural economy over the next 5 years. Shown in Figure 4 are the percentage of respondents expecting overall “Good” and “Bad” financial times (not shown are the neutral responses). From October 2016 to November 2016, the share of respondents expecting “bad times financially” declined dramatically, from 56 percent to 42 percent–a 14 percent decline. Conversely, the share of producers who expect “good times financially” increased from 35 percent to just 37 percent–a 2 percent increase. This suggest that producers as a whole are not necessarily more optimistic, but rather are less pessimistic about the future than earlier in the year. 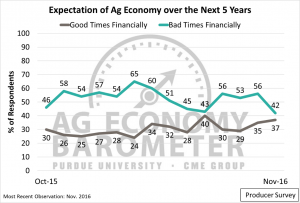 Figure 4. Producers’ expectation of the agricultural economy over the next five years. October 2015 to November 2016.

The Ag Economy Barometer rebounded in November to its highest reading since fall 2015. The barometer rose primarily because of an improvement in agricultural producers’ perspective regarding the future, which was motivated in part by an improvement in soybean and, to a lesser extent, corn prices. Although sentiment improved markedly in November, it’s important to note the shift in producer sentiment is not indicative of a broad-based return to prosperity in U.S. agriculture. Indeed, more producers continue to expect “bad times” than “good times” over the next five years (Figure 4). Furthermore, when asked to look ahead at just the next 12 months, 61 percent of producers responding to the November survey expect “bad times financially” for the general agricultural economy (Figure 5). Perhaps one way to view November’s improvement in producer sentiment is that it reveals a slightly more optimistic outlook regarding what could still be characterized as a difficult time for many agricultural producers. 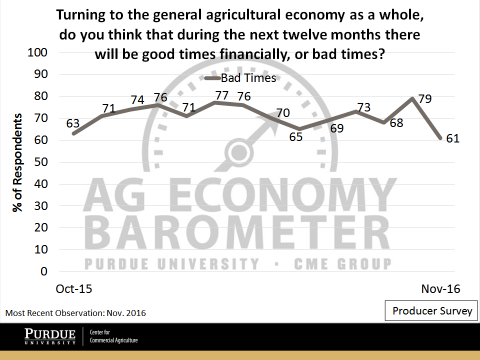 Figure 5. Producer expectation of the agricultural economy over the next 12 months. October 2015 to November 2016.