The Purdue/CME Group Ag Economy Barometer drifted lower in August to 132 points, down seven points from a month earlier, but still markedly stronger than a year ago when the index was just 95. The barometer, a sentiment index based on a monthly survey of 400 agricultural producers from across the U.S., dropped back near to the level observed from April through June of this year. Since peaking in January at a reading of 153, monthly barometer readings have ranged from a low of 124 in March to 139 in July. 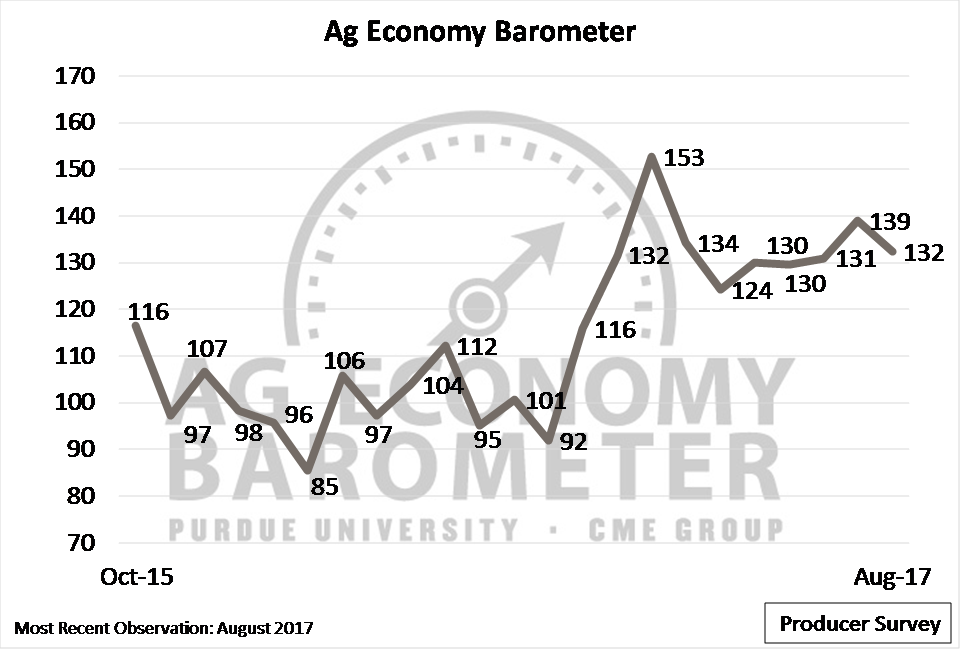 The change in sentiment in August versus July was largely driven by a decline in the Index of Current Conditions (Figure 2) to 122, a 20-point decline compared to a month earlier. Previously, the Index of Current Conditions, which reached a life-of-survey high in July 2017 at 142 points, had been a key source of support for the Ag Economy Barometer, going back to Fall 2016. In contrast, the Index of Future Expectations, the barometer’s other sub-index, was at 137 in August, virtually unchanged from the July reading of 138. 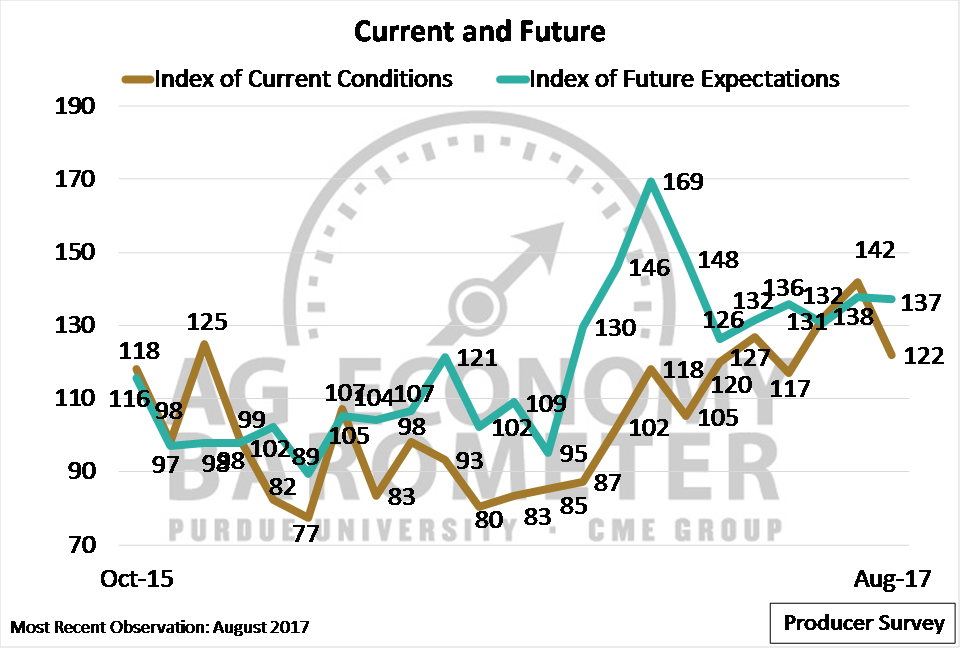 Figure 2. Index of Current Conditions and Index of Future Expectations, October 2015 to August 2017.

Weakness in the Index of Current Conditions compared to July was not unexpected given the recent downtrend in grain and oilseed prices. For example, from July 17 to August 21 – the first days of the July and August sentiment surveys, respectively – the December 2017 corn futures contract price fell 6 percent. Moreover, the December 2017 corn futures contract also traded most of the month of August well below levels observed last winter and spring. Prices for wheat and soybeans also weakened generating additional concern about farm revenues and profitability. 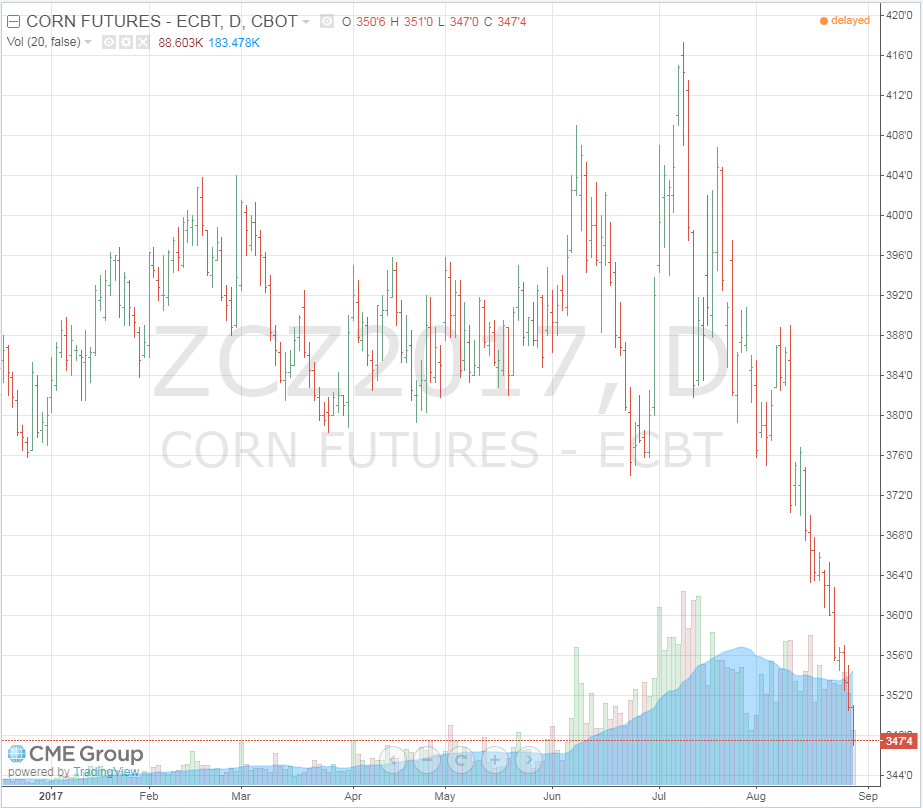 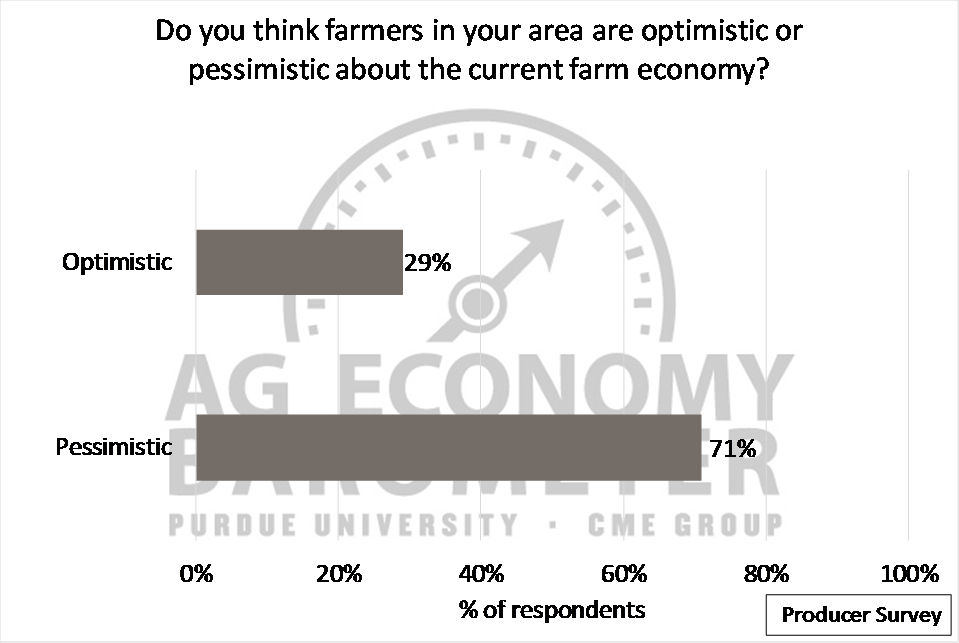 Figure 4. Producers’ pesponses regarding other farmers’ perspectives on the current farm economy.

Trends of the Last Year

One of the most significant changes that took place over the last year was a shift in producers’ perceptions regarding their farms’ financial positions compared to a year earlier (Figure 5). In August 2016, a life-of-survey high of 81 percent of respondents said their farms were financially “worse off” than the year before. But over the course of the last 12 months, responses to this question changed markedly with roughly half as many producers responding “worse off” on the August 2017 survey. 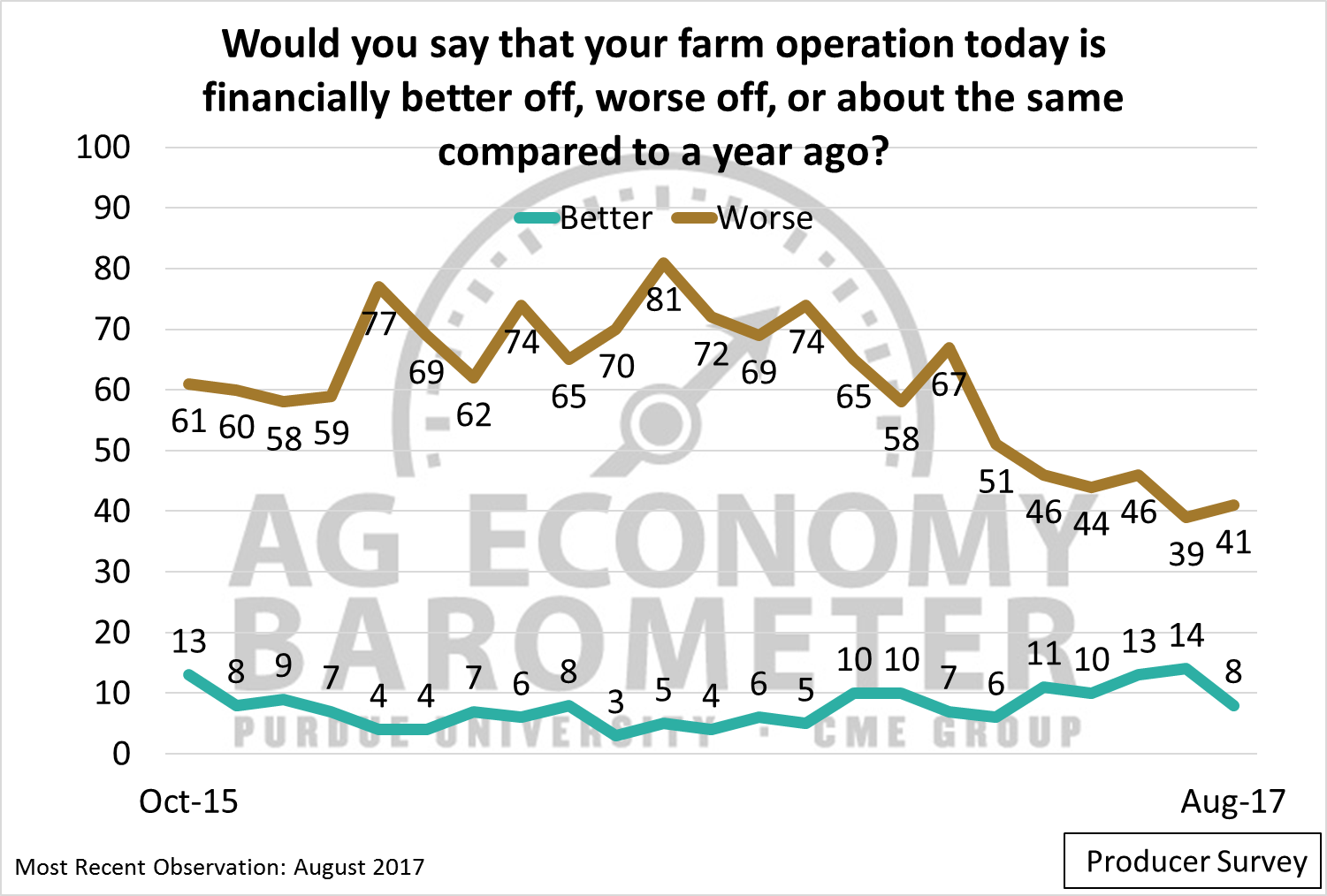 Figure 5. Share of producers reporting their farm operations as financially “better off” or “worse off” than a year ago.

The second big change was a shift in expectations for the upcoming year. On a quarterly basis, producers report their expectations about farmers’ profitability, broadly speaking, over the next 12 months. When comparing the results of August 2016 to August 2017, far fewer respondents expected farmers’ profitability to “diminish” over the next 12 months, while a larger share of respondents reported that they expected profitability to improve (Figure 6). 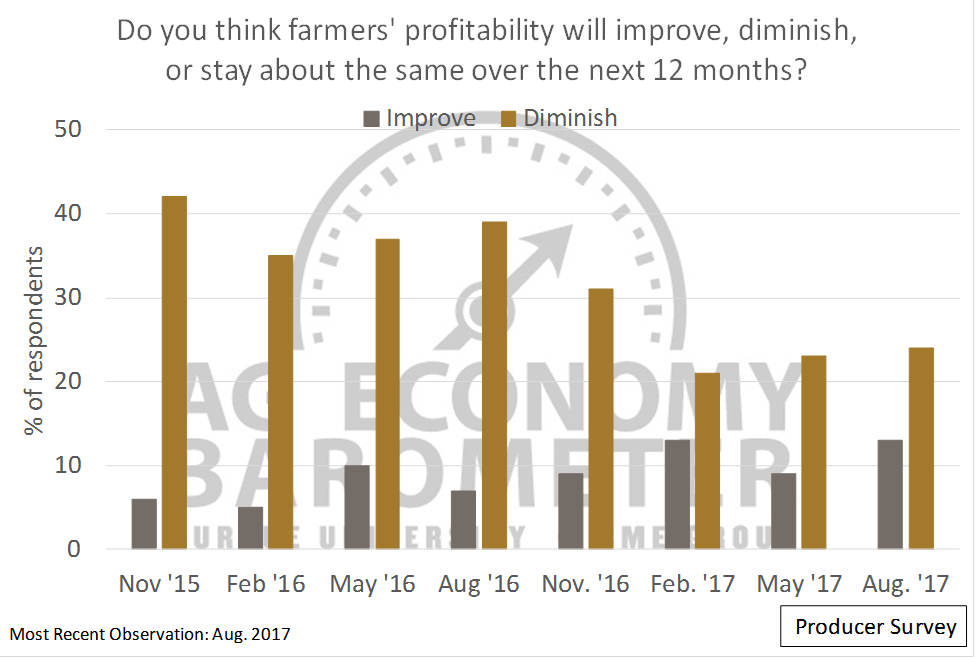 Figure 6. Respondents’ expectations of farmers’ profitability over the next 12 months.

As noted in earlier reports, figure 5 and figure 6 highlight an overall theme of the Ag Economy Barometer project throughout 2017. While there has been an improvement in sentiment, and an increase in positive responses to specific questions, conditions in production agriculture are still challenging for many farm operations. Even though fewer producers reported in August 2017 that their farms were “worse off” financially compared to a year prior, a large share (41 percent) did report their farms were “worse off” than a year earlier. Additionally, only a small share (8 percent) said their farms were “better off” than in the previous year (Figure 5). Likewise, nearly one-quarter of respondents expect farmers’ profitably to diminish in 2018 whereas less than 15 percent expect an improvement (Figure 6).

Farmers’ perspectives about current economic conditions weakened in August compared to a month earlier. Weakness in commodity prices was likely a key factor in the sentiment shift from July to August. However, despite the decline in the Index of Current Conditions, agricultural producers remain more upbeat about prospects for their own farms as well as the agricultural sector than they were at this time last year. Recent declines in commodity prices did not appreciably dampen farmer expectations regarding future economic conditions, although some concerns were apparent as approximately six out of 10 respondents indicated that grain-marketing opportunities over the last six months were likely better than the opportunities that will be available in the next six months.