The Purdue University/CME Group Ag Economy Barometer slipped to 124 in March, marking the second month in a row that producer sentiment dropped below the prior month’s level. Recent weakness in the Barometer – which is based on a monthly survey of 400 agricultural producers from across the U.S. – followed a sharp improvement in producer sentiment from November through January. Although producer sentiment fell in both February and March, producers remain more optimistic about the agricultural economy than during all but the last two months of 2016 (Figure 1). 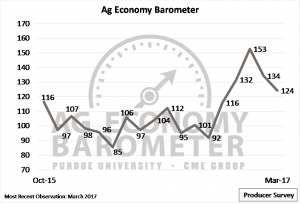 30
This month’s decline in producer sentiment was driven by weaker expectations about the future as the Index of Future Expectations fell to 126 – 22 points lower than a month earlier. This was the second consecutive decline for the Index of Future Expectations, pushing it well below its January peak of 169. The decline in sentiment regarding the future stands in contrast to producers’ perspective on current economic conditions in agriculture. The Index of Current Conditions rose to a reading of 120 in March, 15 points higher than in February, reaching its highest level since December 2015 (Figure 2). 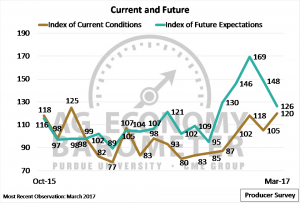 Figure 2. Index of Current Conditions and Index of Future Expectations. October 2015 to March 2017.

Perhaps the best way to understand the recent shifts is to separately evaluate producer sentiment by looking at three different timeframes: the current situation, the expected situation 12 months ahead, and expected conditions five years in the future. Figure 3 reports the share of producers reporting that their farm is financially “worse off” compared to a year ago. As the percentage of producers reporting their farm is worse off declines, it indicates their financial condition improved over the last year. In August 2016, more than 80 percent of survey respondents felt their farms’ financial condition was worse than a year earlier. But this measure of farm financial conditions improved steadily since last summer, reaching 51 percent on the March 2017 survey, a 30-point improvement compared to last August. For many producers, the key drivers behind this improvement were record (or near record) crop yields, relatively large government payments received in the fall, and crop prices that strengthened following completion of the fall harvest. 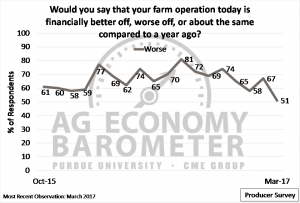 Figure 3. Share of producers reporting their farm operations as financially “worse off”
today compared to a year ago.

Figure 4 provides the share of producers that expect financial good times in the agricultural economy over the next 12 months and five years, respectively. Producers have been consistently more pessimistic regarding the 12-month outlook compared to the five-year outlook throughout the survey’s history. But both measures revealed a more optimistic outlook starting in November and continuing through January for the 12-month outlook, and through February for the five-year outlook. Producers became less optimistic about the 12-month outlook starting in February and the five-year outlook in the March survey. To the extent that the increase in late fall and early winter optimism was based on expectations of a more relaxed regulatory environment in the future (as reported in the December survey) and possibly a more favorable tax environment, the recent decline could be an indication producers are less confident that expected policy changes will occur rapidly (or at all). 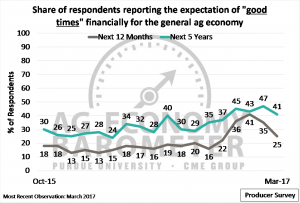 Figure 4. Share of producers expecting “good times” financially for the general agricultural economy over the next 12 months and 5 years.

Finally, it’s important to note not just the month-to-month changes in expectations, but also the absolute response levels to questions about the agricultural economy one year and five years ahead. Even when producers were the most optimistic since the survey began in fall 2015, fewer than half expected generally good times in agriculture over the next five years and only four out of 10 survey respondents expected generally good times in agriculture one year ahead.

On a quarterly basis, producers are asked about their expectations for livestock commodity prices 12 months out. Specifically, they are asked if they believe prices in 12 months will be higher, lower, or about the same. In March, a slightly larger share of producers expected beef prices to be higher (26 percent) than lower (20 percent), with the largest share of respondents (53 percent) expecting prices to be “about the same.” Current producer expectations for beef prices improved from March 2016 when 19 percent expected higher prices and 33 percent expected lower prices.

One possible driver of the uptick in producer sentiment that began in November 2016 was a significant improvement in producers’ expectations regarding the overall U.S. economy. In October, only 35 percent of respondents expected widespread good times in the U.S. economy over the next five years (Figure 5). This jumped to 71 percent in December and actually improved on the March survey to 77 percent. This is consistent with responses by producers to other questions about the U.S. economy. For example, 59 percent of producers expect the U.S. economy will expand and 78 percent expect the U.S. stock market will be higher or about the same over the next 12 months. 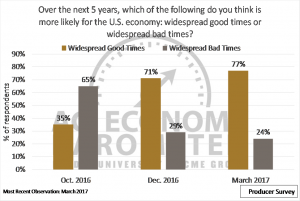 Figure 5. Producer expectations of the U.S. economy over the next five years.

Producer sentiment regarding the U.S. agricultural economy weakened during March for the second month in a row. Although this was the second consecutive monthly decline in the Ag Economy Barometer, the index remains above levels reported from October 2015, when the first survey was conducted, through November 2016. Producers responding to the March survey were somewhat less optimistic about the long-term outlook for the agricultural economy than they were earlier in the winter. To the extent that producers were expecting major changes in the regulatory and tax environment following the November elections, the most recent reading of the barometer could signify the growing realization that changes, if they are to take place, could take a long time to implement.