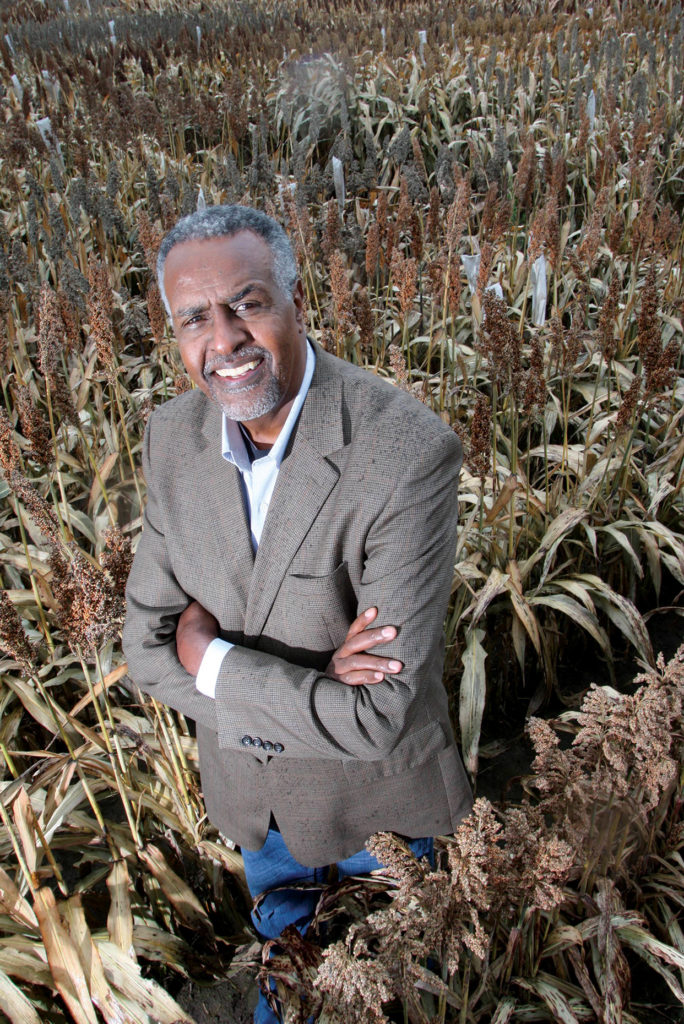 Over the last four years, Gebisa Ejeta has found the molecular mechanisms responsible for imparting striga resistance to sorghum, identified a gene to strengthen the crop’s resistance to this weed, and distributed nearly 1 thousand tons of seed to more than 400,000 farmers in Ethiopia and Tanzania.

“With more high-throughput phenotyping and the ability to sequence a large slate of genotypes, we identified an important gene that is foundational for imparting striga resistance,” Ejeta says.

Now Ejeta, distinguished professor in the Department of Agronomy and director of the Purdue Center for Global Food Security, is setting his sights on further strengthening sorghum and other crops with a $5 million, five-year grant from the Bill & Melinda Gates Foundation. The funding will help researchers identify additional genes involved in resistance to striga.

The foundation’s grant is the second for Ejeta, who was awarded the 2009 World Food Prize for his work in developing and distributing high-yielding varieties of sorghum that are also drought-tolerant and resistant to striga.

“This creates opportunities for farmers and small businesses to engage in gainful employment and develop the agricultural industry in these countries,” Ejeta says.