In the Sahel region of West Africa, Niger is struggling to feed its 21 million people.

Niger has one of the fastest growing population in the world at a rate of 3.9 percent annually. As a landlocked country, Niger is used as a migration route for undocumented Africans traveling across the continent, and transnational security with bordering countries is an ongoing concern. The country’s poverty rate is at 44.1 percent, making it one of the world’s poorest countries. Top off these less than ideal conditions with the effects of climate change and you have what one researcher calls a “perfect storm.” 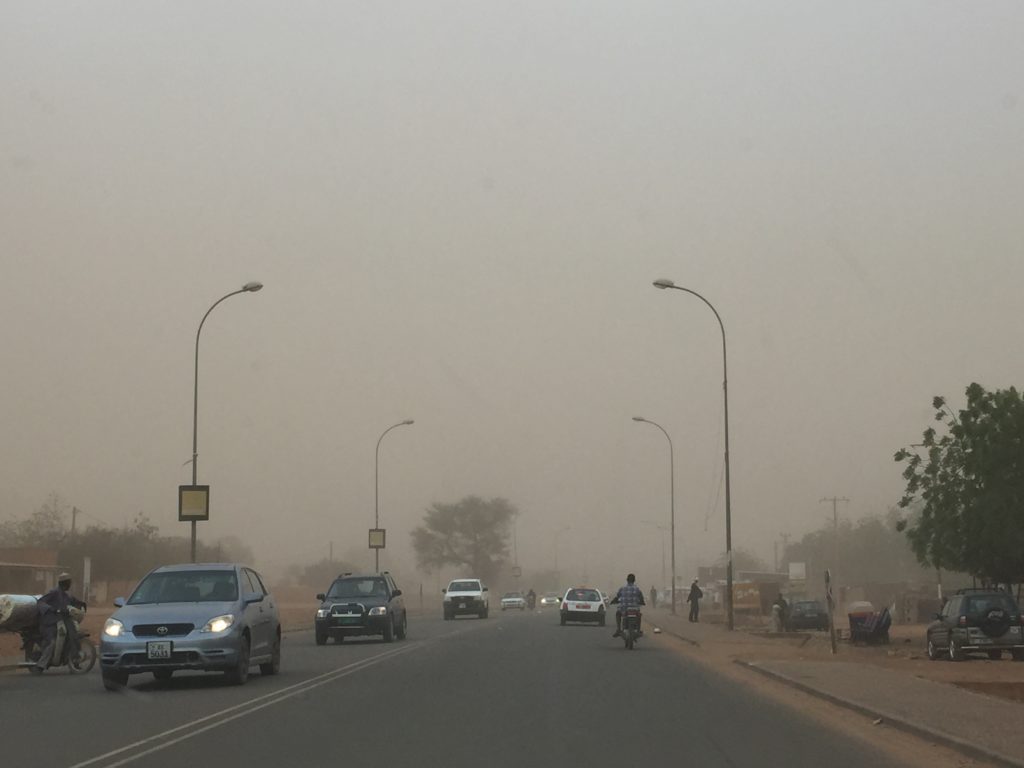 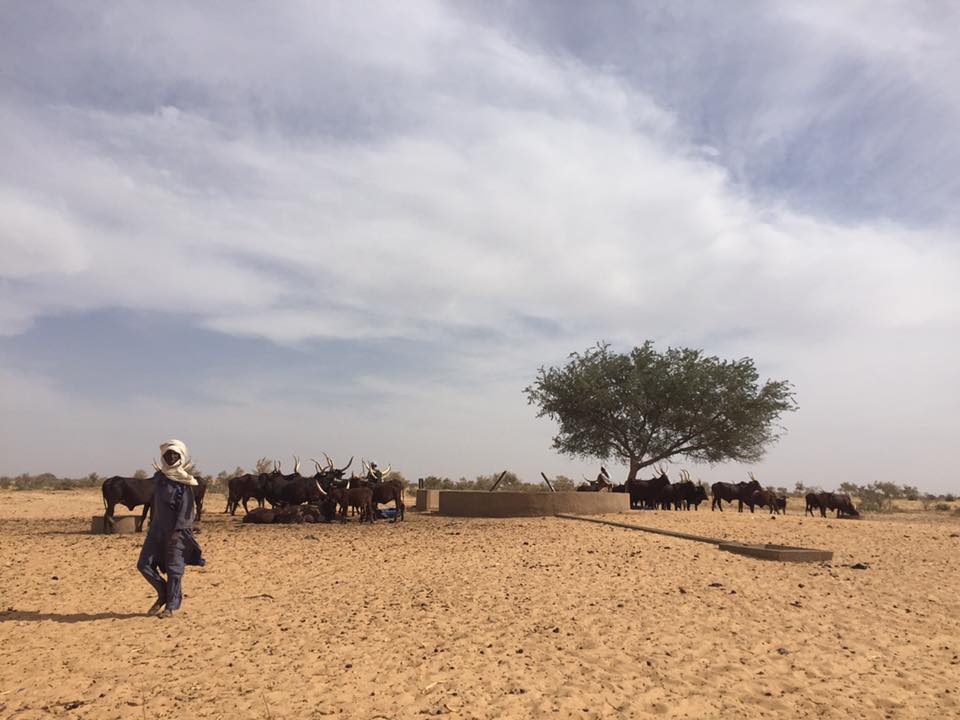 A Fulani herdsman in Maradi with his livestock. 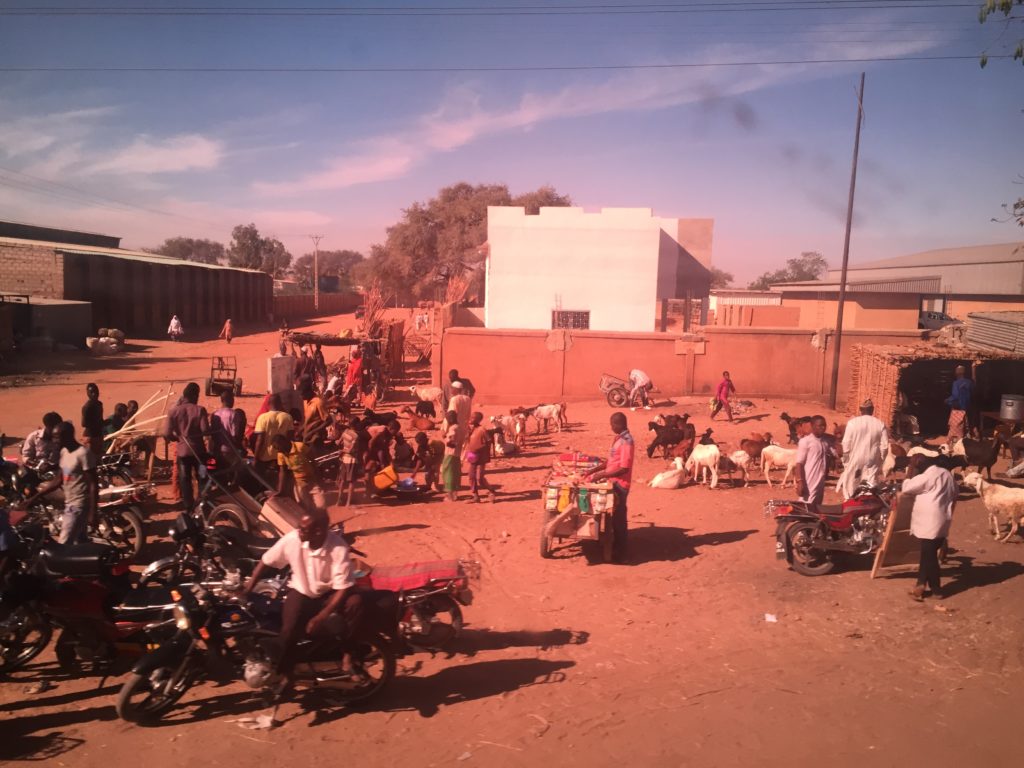 People gather along the Maradi-Niamey highway. 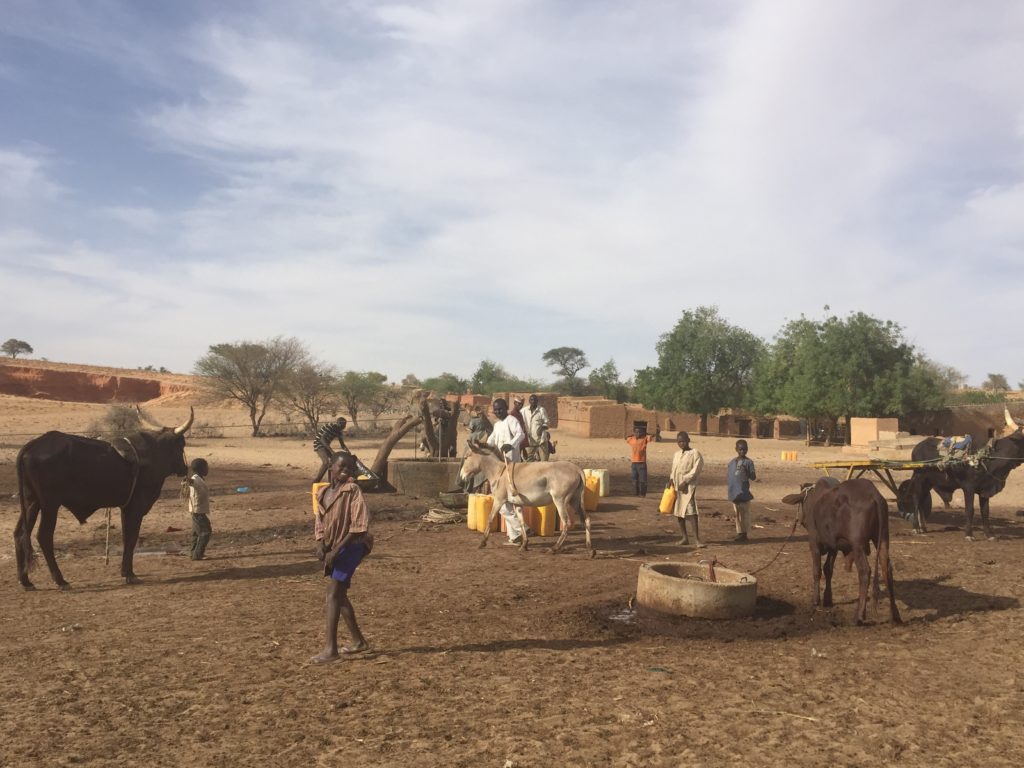 A village well in Dammalam village in Maradi. 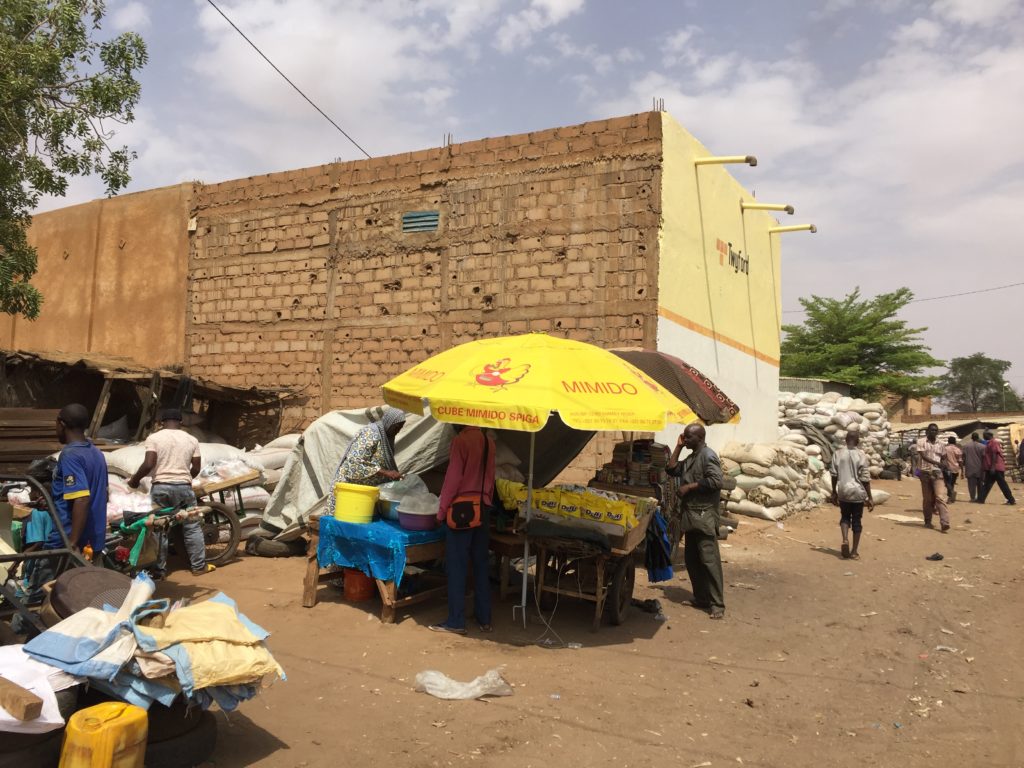 The cereals section in Katako market. 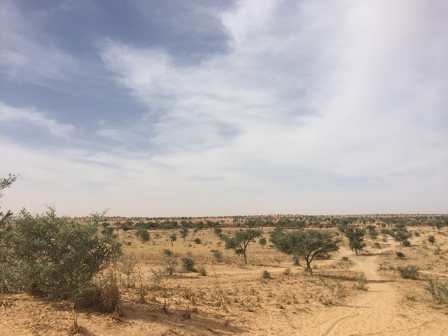 “I set out to research the relationship between climate change and household food security,” said Kayenat Kabir, a recent PhD graduate from the agricultural economics department at Purdue University. “As I continued my research and dug deeper, I realized there are so many factors playing together in Niger.”

Kabir initially thought there would be a direct relationship between the changing climate and food security, but she soon found out the relationship was complicated by demographic and geographic factors.

Niger’s population is the youngest in Africa with the lowest human development index in the world. Additionally, 40 percent of Niger’s GDP comes from rainfed agriculture, generating the livelihood of roughly 80 percent of Niger’s population. Agricultural conditions are already suboptimal in parts of the country, and rising temperatures, changes in rainfall and extreme weather events are negatively affecting crop productivity. The potential for internal conflict, or spillover conflict from neighboring countries, heightens as resources grow increasingly scarce in and around Niger. 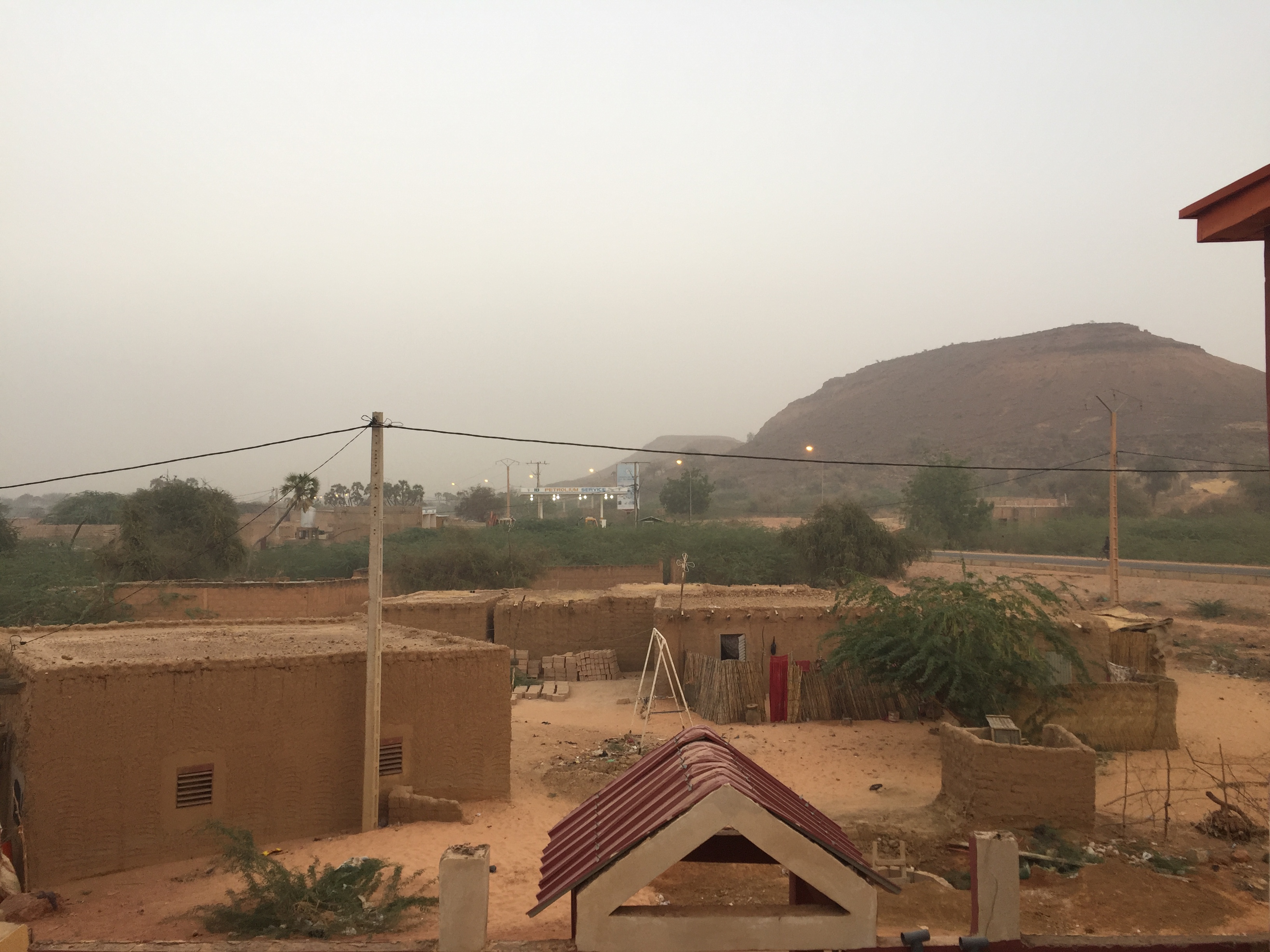 This rice field near the Niger river represents less than 1% of irrigated cropland. 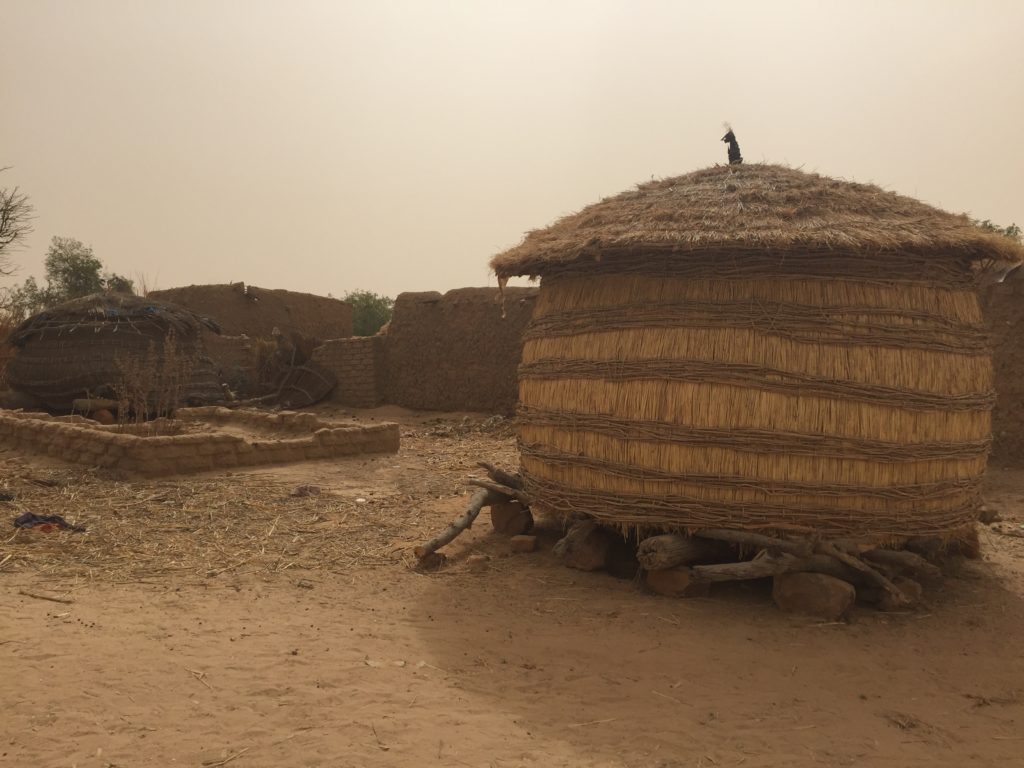 Post harvest loss in this millet storage is a concern. 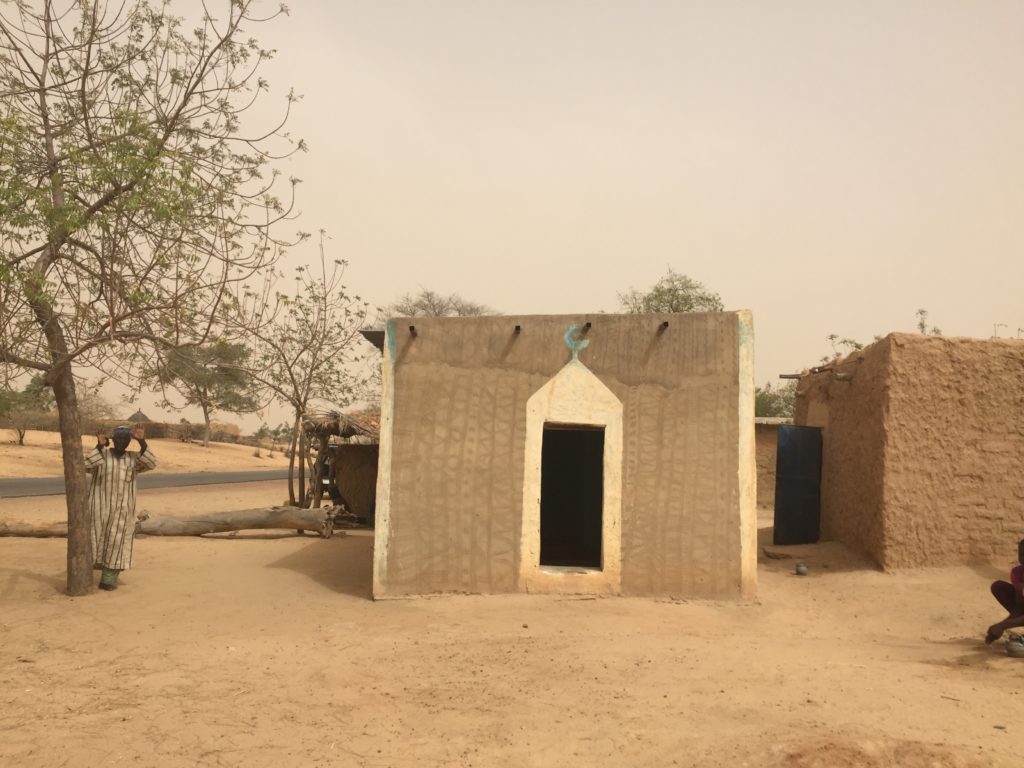 Owner of the millet storage and his home. 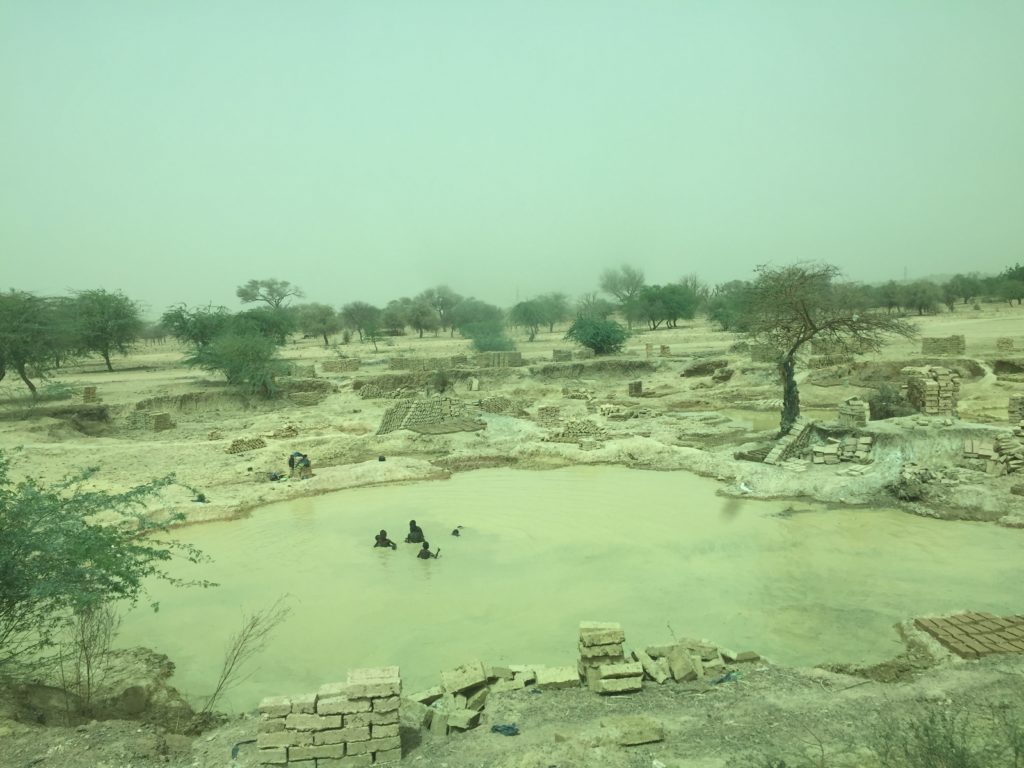 The Sahelian landscape along highway to Maradi.

Niger is a large country with several geographical areas exhibiting different climate zones, which leads to distinct sources of income for each. More than two thirds of Niger is in the Sahara Desert in the north, and the desert is slowly encroaching on the agro-pastoral belt in the south. A changing climate has the potential to shift the entire country's economic DNA.

“I am from Bangladesh and have worked in other developing countries, including Cambodia,” Kabir said. “So, in some ways I knew what to expect, but in other ways I had no idea. Food insecurity takes different forms in different regions. In these other countries there was extreme poverty, yes, but also a lushness. But Niger is not like that. It’s very hot and very stark.”

Kabir witnessed the severity of these conditions during her travels throughout Niger. She talked with farmers to better understand how they experience the effects of climate change. “Inevitably, they would mention the change in the cultivation period, which has become shorter, and the period of extreme rainfall, which produces more and more flooding. You read about these things in the literature, of course, but it’s valuable to hear it from those who experience it.”

Unpredictable and extreme weather events don’t just thwart farmers, they can also have a huge impact on infrastructure — a fact Kabir discovered first hand during her travels.

“There is pretty much one plane that flies around Niger once a week,” Kabir said. “I happened to be on that plane during a sandstorm and the plane had to land before reaching its destination.” 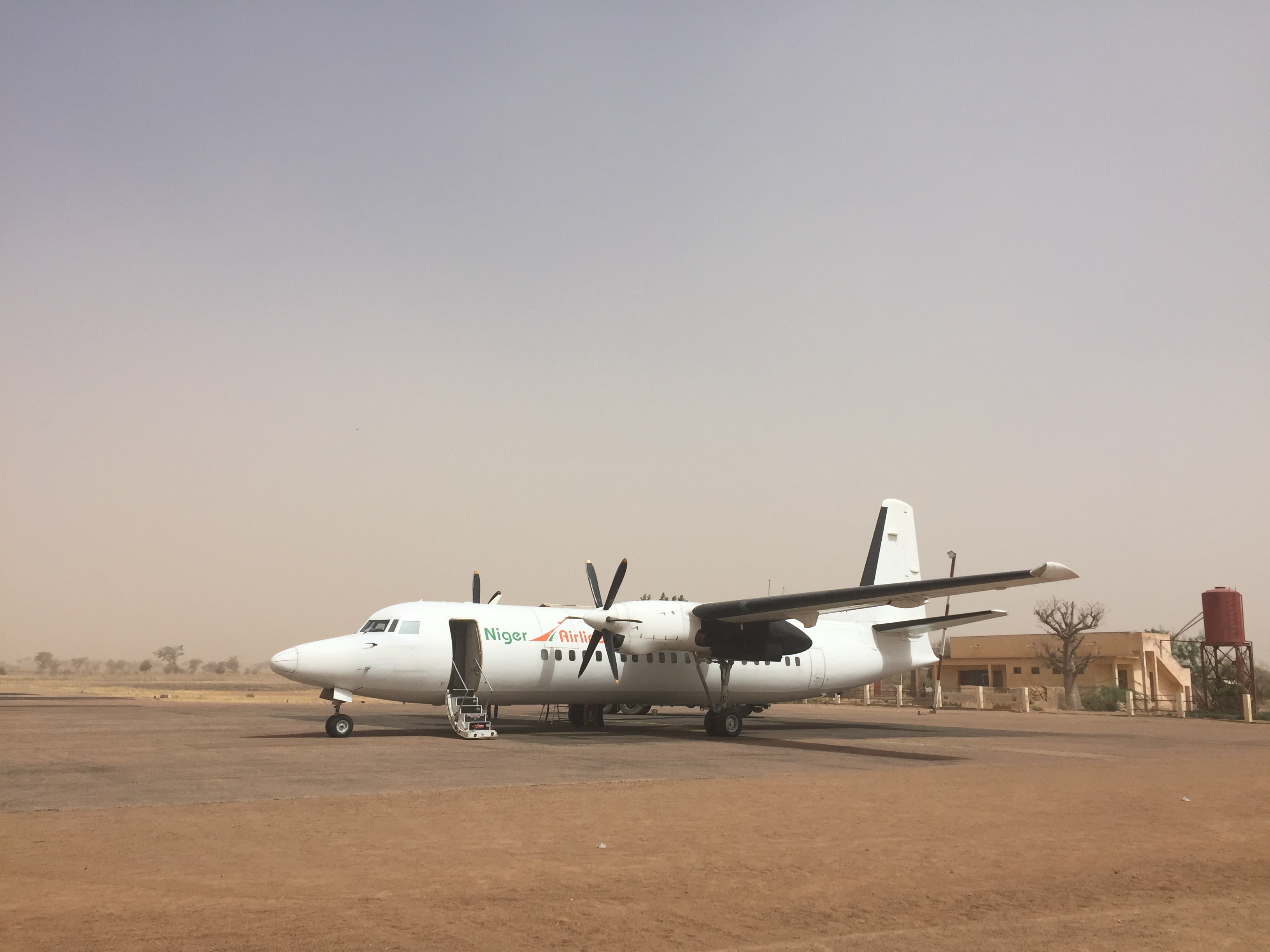 Kabir boarded a 30-year-old Fokker 50 propeller plane in Niamey with the goal of reaching Maradi in the agricultural belt of Niger. Dust storms thwarted this plan.

Bird's eye view of Niamey along the Niger river.

Kabir's plane was re-routed to Zinder becuase of dust storms.

Kabir instead traveled by microbus to Maradi.

Another practical challenge to understanding climate change vulnerability in Niger is the limited access to basic research data. Without it, scientists and policymakers are unable to make localized, data-driven decisions.

“It’s not like here in the U.S. where you can find a lot of the information online,” she said. “I went there, followed leads and leveraged my contacts basically to find the one person who had the data I needed on their laptop. It was sort of like The Amazing Race.”

Traveling halfway around the world for data was a challenge and let Kabir see the unfolding situation with her own eyes — a nation whose existing economic and environmental vulnerabilities are putting them at great risk to the added stress of a changing climate. Kabir’s research finds an additional two million Nigeriens may become undernourished by mid-century solely due to the effects of climate change on agricultural productivity. A grim picture, Kabir acknowledged, although it doesn’t necessarily have to be.

Niger has time to reverse course and counteract some trends currently working against its economic and environmental health.

Diversifying its economy will be key if Niger hopes to weather the storm of climate change, which means heavily investing in technology, infrastructure and education. Added efforts to deliever new technologies to farmers is also essential.

A young population, which is economically active, can be a boon for Niger, Kabir said, but only if appropriate investments are made in education and skills development. Nigeriens can work abroad through legal channels and send remittances home. The newly effective Africa Continental Free Trade Agreement will also bring in opportunities in trade and services.

Finally, Kabir said, a concerted effort is needed to address reproductive health and rights in Niger. To keep growing at such a rate, Kabir warned, will put a further strain on resources already affected by climate change and other factors.

The bottom line is that unless serious measures are taken to address the crises of education, reproductive health and economic reliance on agriculture in the face of climate change, the country will be in dire staits. 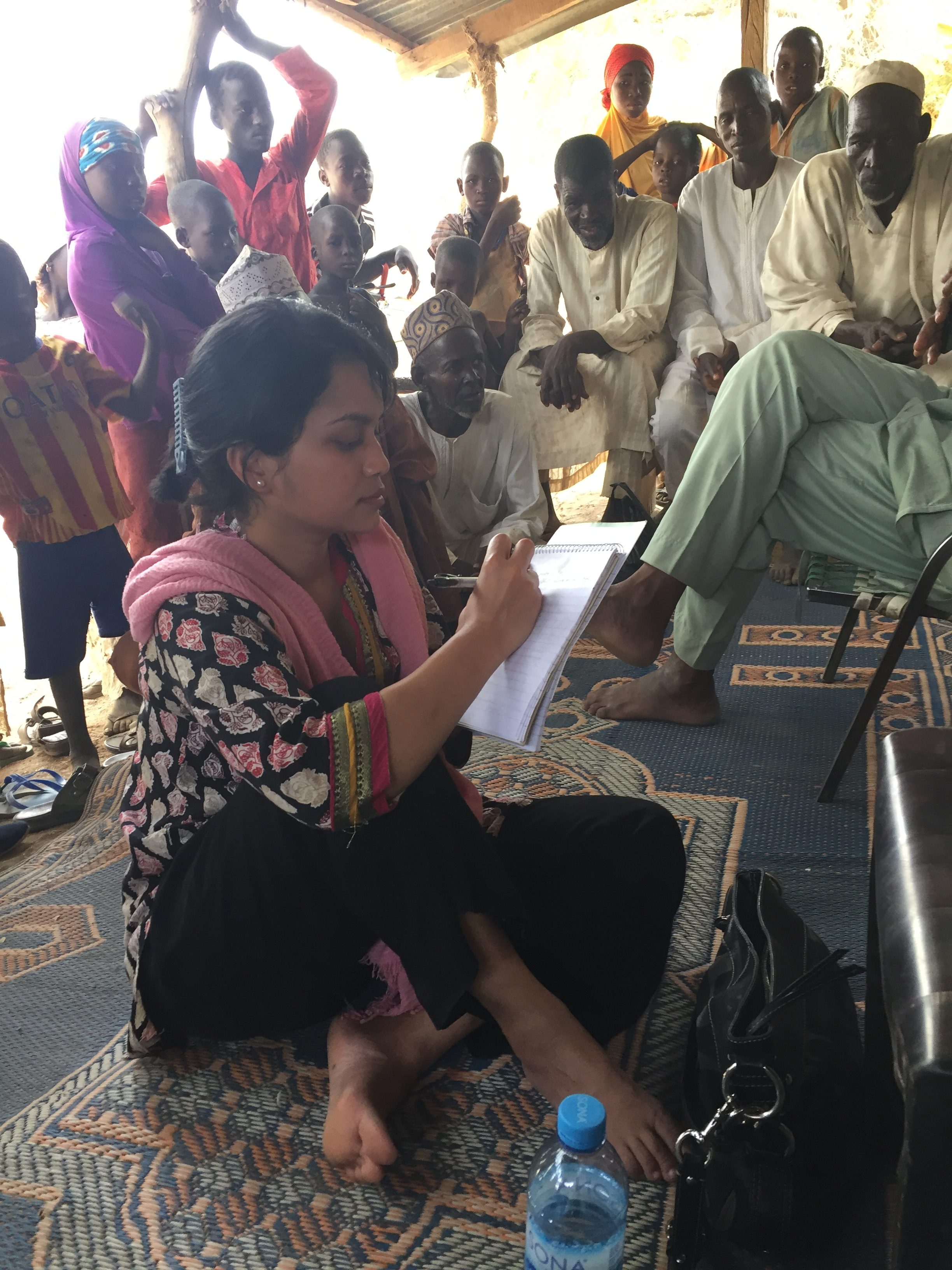 Kabir hopes to further her work in Niger for evidence-based policymaking. She has already hosted four workshops there, relaying her findings to policy makers, technical experts, and local communities.

“Too often when people conduct research, it exists in a vacuum,” Kabir said. “My goal was always to make sure my results found their way back to the country, back to the people that my findings and my work actually impact.”

All photos provided by Kayenat Kabir 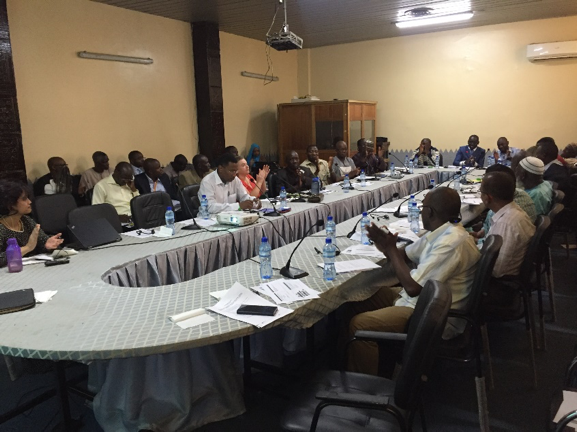