O’Donnell Bellisario, of West Lafayette, grew up in a home that emphasized people’s roles in being stewards for nature and the environment. Her family members ate vegan diets, bought local produce and actively discussed ways to minimize their footprints on the planet. For her, that was normal.

After watching friends and classmates struggle during the game show, she turned to adults outside her family and found that many didn’t believe the facts about climate change. The realization hit her: Her family wasn’t the norm, and if others aren’t conscious of human impact on the planet, her generation and those that come after it are in serious trouble.

“I left my little bubble and realized this wasn’t a normal thing. We’re actually killing the planet,” O’Donnell Bellisario said. “I was kind of blown away.”

“This is my future. If I want to have kids, it’s their future. If I want to have grandkids, it’s their future,” O’Donnell Bellisario said. “It isn’t necessarily something that’s going to impact my grandparents or the people who are leading the world today. I think that’s really where the main issue is. The people who are deciding the future aren’t the ones who are going to be living it.”

From that point, her goals were to continue making as much of a difference as she could on climate change issues and to educate people of her generation on the facts.

“The biggest issue is that people aren’t educated about it,” she said. “They don’t always have access to the resources to be educated, or they are confused by the controversial statements they’d hear on both sides of the issue.”

Her message was simple: “Having a healthy planet to live on is pretty crucial,” O’Donnell Bellisario said. “We’re the future of the planet, and our opinions matter.”

At 16, O’Donnell Bellisario reached out to Poyser to get involved. She soon found herself at the office of U.S. Sen Joe Donnelly. Speaking with his staff, she expressed concerns about coal-fired power plants in the state and the need to move toward renewable and clean sources of energy. 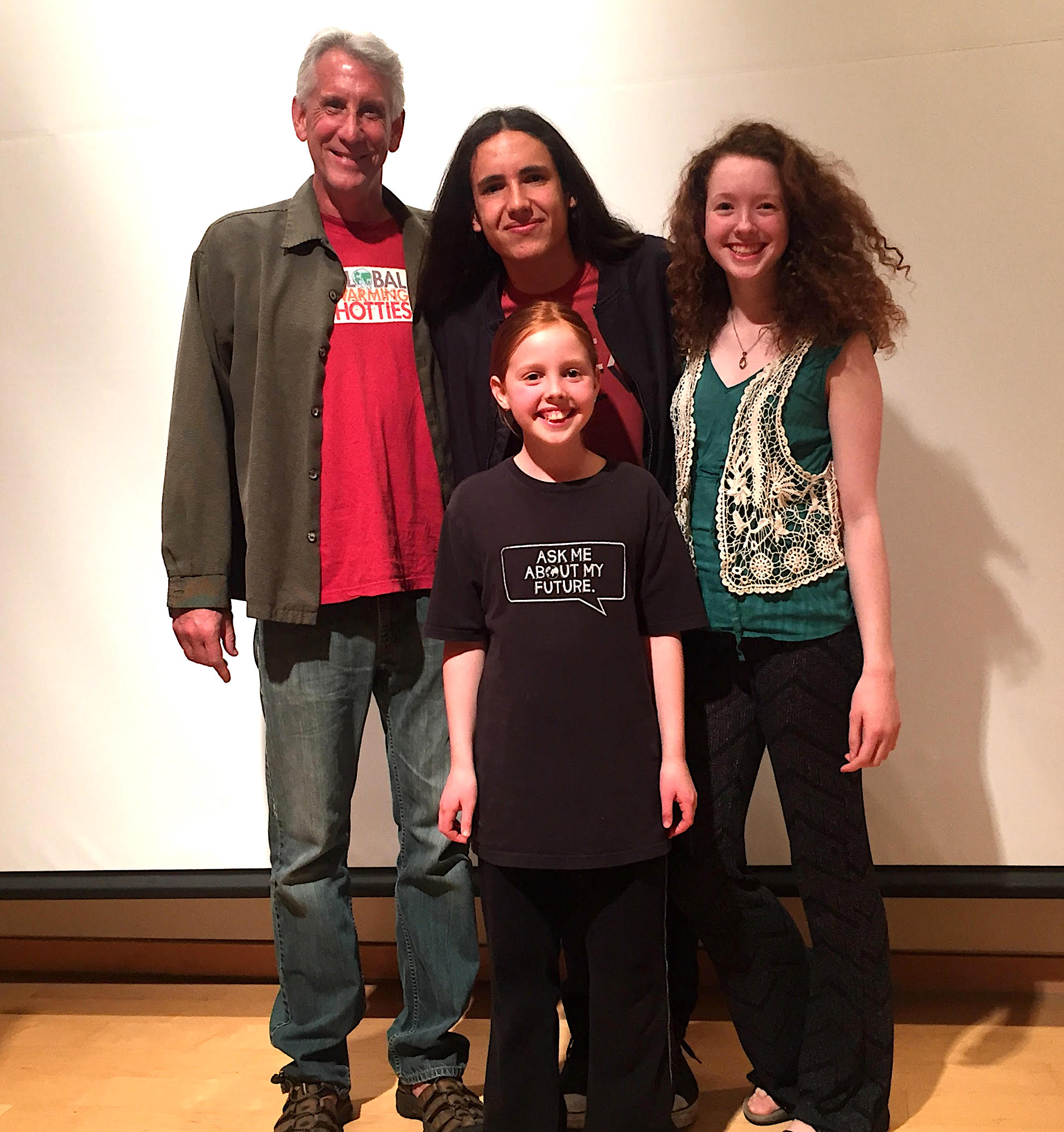 “I don’t know if that changed his opinion, but they knew that our generation was going to be heard on the issue,” O’Donnell Bellisario said. “And I got to meet with other environmental leaders in the community and learn tactics for engaging and working for change.”

She also became a counselor at Earth Charter Indiana’s climate camps, which educate children on climate issues and guide them toward solutions. O’Donnell Bellisario led activities and produced a video in which camp participants told viewers the type of world they’d like to live in as they grow up.

For all the importance of her work in high school, O’Donnell Bellisario knew that having a degree would boost her credibility as she spreads the word about climate change. She’s a senior at Purdue studying natural resources and environmental sciences while working for the Purdue Climate Change Research Center.

With hopes to graduate in December 2019 or May 2020, O’Donnell Bellisario has at least one more box to check before she dons the cap and gown. She’d like to see West Lafayette adopt a climate resolution that commits the city to lowering or eliminating greenhouse gas emissions.

And she has a real shot at getting it done.

The city has sent staff to Earth Charter Indiana’s statewide climate summits, and Poyser asked O’Donnell Bellisario to follow up with West Lafayette’s mayor, John Dennis, to see how the city might engage in activities that would make it greener.

O’Donnell Bellisario represented the city at another of the statewide summits and initiated a process to draft a climate resolution for the city. O’Donnell Bellisario wants the city to commit to eliminating greenhouse gas emissions from municipal operations by 2050. She believes there’s support for the plan and that it could be presented to the West Lafayette City Council within the year.

That kind of work was something O’Donnell Bellisario didn’t think she could do just a few years ago. She didn’t even know she’d have to.

“We don’t necessarily have hope that our government is doing what it can do to ensure that we have a healthy, resilient community,” O’Donnell Bellisario said. “It’s not easy, especially on an issue that is so polarizing, but I wanted to get involved. I wanted to make a difference. If you show up and have a presence, showing that you care about an issue, people are going to realize how committed you are to that and take you seriously.