The 2021 Purdue Crop Cost and Return Guide, which is available for free download from the Center for Commercial Agriculture website (here), gives estimated costs for planting, growing and harvesting a variety of crops, as well as estimated contribution margins and earnings.  The guide is updated frequently as grain futures prices change and the costs of inputs, such as seed, fertilizer, pesticides and fuel, fluctuate.  This paper discusses estimates made in mid-November. 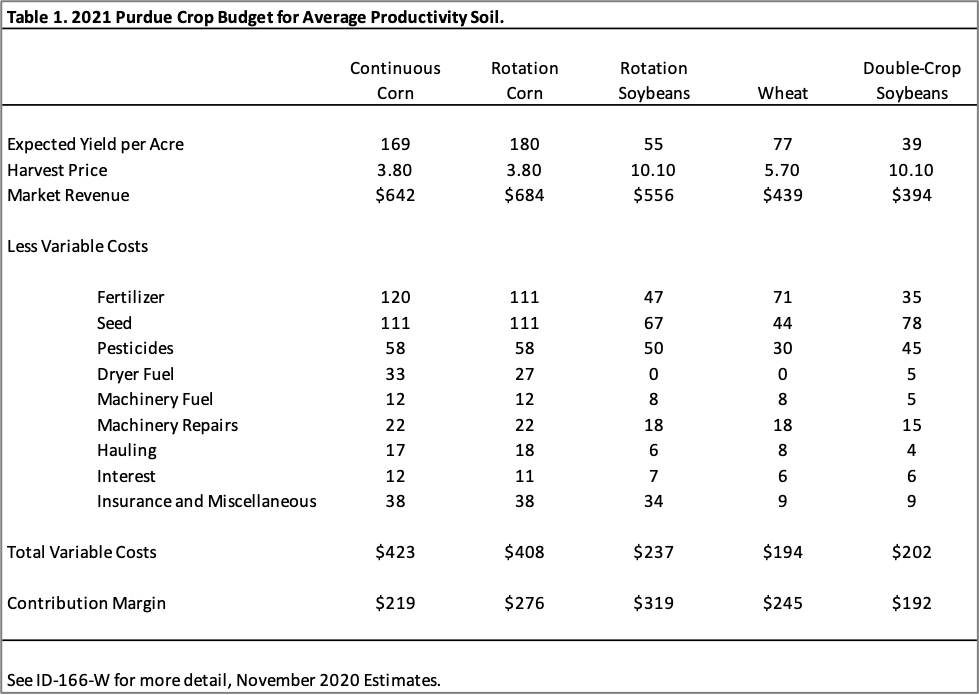 The guide presents cost and return information for low, average, and high productivity soils.  The discussion in this paper will focus on the estimates for average productivity soil.  Table 1 presents crop budget information for continuous corn, rotation corn, rotation soybeans, wheat, and double-crop soybeans for average productivity soil.  Double-crop soybeans are typically planted after wheat so it is typical to combine the contribution margin for these two crops when comparing to continuous corn, rotation corn, and rotation soybeans.  It is important to note that crop yields have been modified in this year’s guide.  The current yield estimates reflect trend yields for Indiana for each crop.  The contribution margin, obtained by subtracting total variable cost from market revenue, ranges from $219 per acre for continuous corn to $437 per acre for wheat/double-crop soybeans.  The contribution margins for rotation corn and rotation soybeans on average productivity soil are $276 and $319 per acre, respectively.  The contribution margin is used to cover overhead costs such as machinery costs, family and hired labor, and cash rent.  Failure to adequately cover these overhead costs typically puts downward pressure on cash rent and land values. 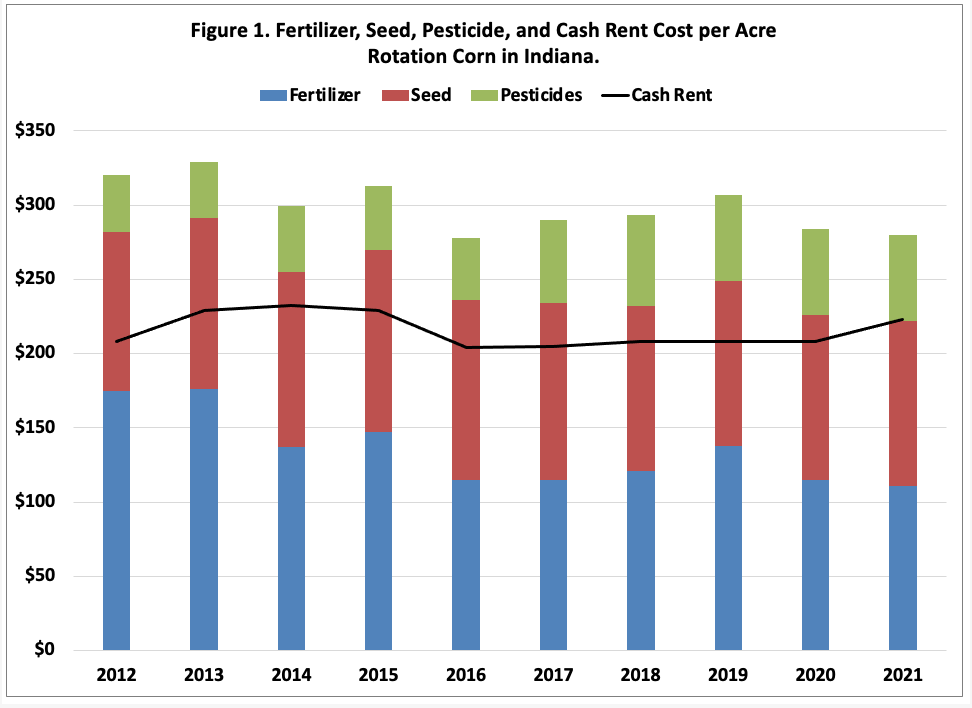 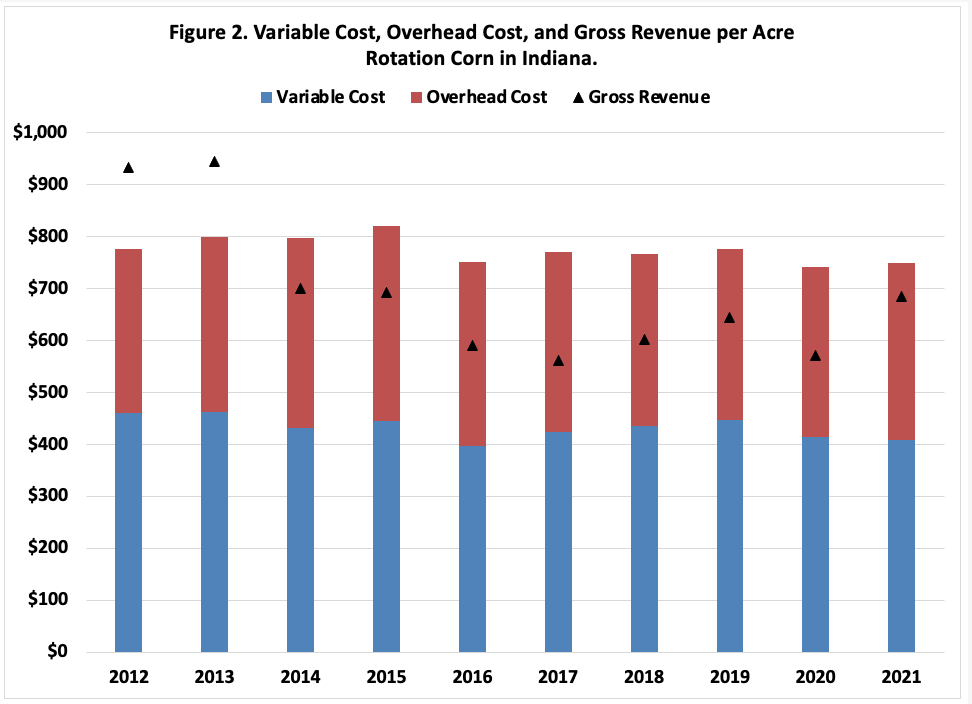 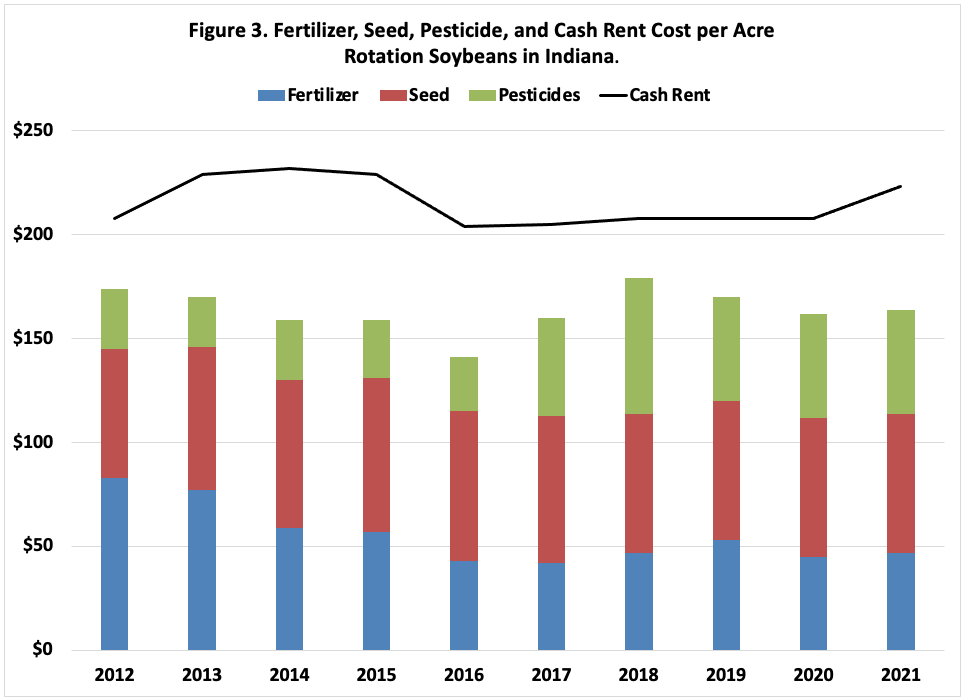 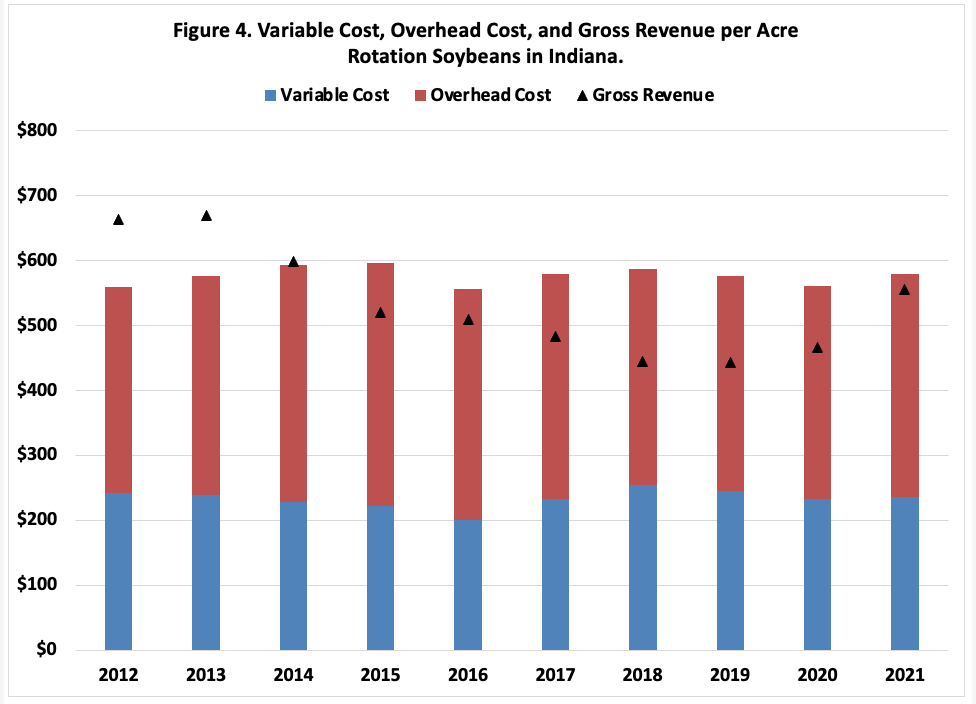 In summary, margins will be tight again in 2021.  This increases the importance of carefully scrutinizing input and crop decisions.  Producers are encouraged to create crop budgets and in general improve their record keeping.  Relatively low crop margins and expected reductions in government payments will adversely impact a farm’s liquidity position and financial performance.

We know the economy will recover in 2021. Everything else is uncertain. How fast will we get the pandemic under control? How fast will consumers regain their confidence? Will Congress pass another aid bill? Professor Larry DeBoer takes a leap into the unknown, with a general economic outlook.

There are number of signs of optimism for farmland prices in 2021, yet continued economic uncertainty remains. Cash rental rates are likely to see upward pressure despite recent low or negative returns on rented land.

Trade Policy Outlook: What should we expect from a Biden Administration?

U.S. international trade policy played a surprisingly small role in the presidential election campaign. What changes to trade policy should we expect from President-elect Biden?

By joining this mailing list, you agree to receive an email when a new publication is released. This mailing list is kept solely for the purpose of sharing the report and is not used for any other purposes.