There are upsides of being a scientist in the COVID-19 landscape, Laura Jessup, a Forestry and Natural Resources (FNR) graduate student, explained.

“It’s a good exercise in exponential thinking, which, as scientists, we’re all very familiar with,” Jessup said. “The curve of the virus is a perfect exponential curve. That also means our response needs to be exponential.”

And then, of course, there are the downsides of being a scientist during the onslaught of a global pandemic, pitfalls Jessup is now intimately acquainted with.

Jessup traveled to Peru in early March to participate in the 5th annual plant functional trait ecology course with faculty and students from around the world. Her research focuses on plant ecology, specifically how plants allocate carbon to different parts of their bodies like roots and leaves. Her trip to Peru was meant to involve traveling to a remote research station in the Andes mountain range to collect samples of leaves and plant life for examination and analysis.

"I hope that one thing that gets taken away from this period of isolation is the importance of human connection."

Not long after the group began its research, however, Peru’s President, Martín Vizcarra, announced flights from Peru to Europe were suspended.

“I remember the instructors telling us this and I was in disbelief,” Jessup recalled. “I never expected to hear those words in my lifetime. The situation became extremely tense.”

Not long after this announcement, Peru decided to close its borders, stranding thousands of visitors like Jessup.

“As soon as we heard this news we packed up our entre field lab, we packed our busses and drove out of the Andes on these crummy mountain roads towards Cusco in the dark with tired drivers,” Jessup continued. “It was pretty scary.” 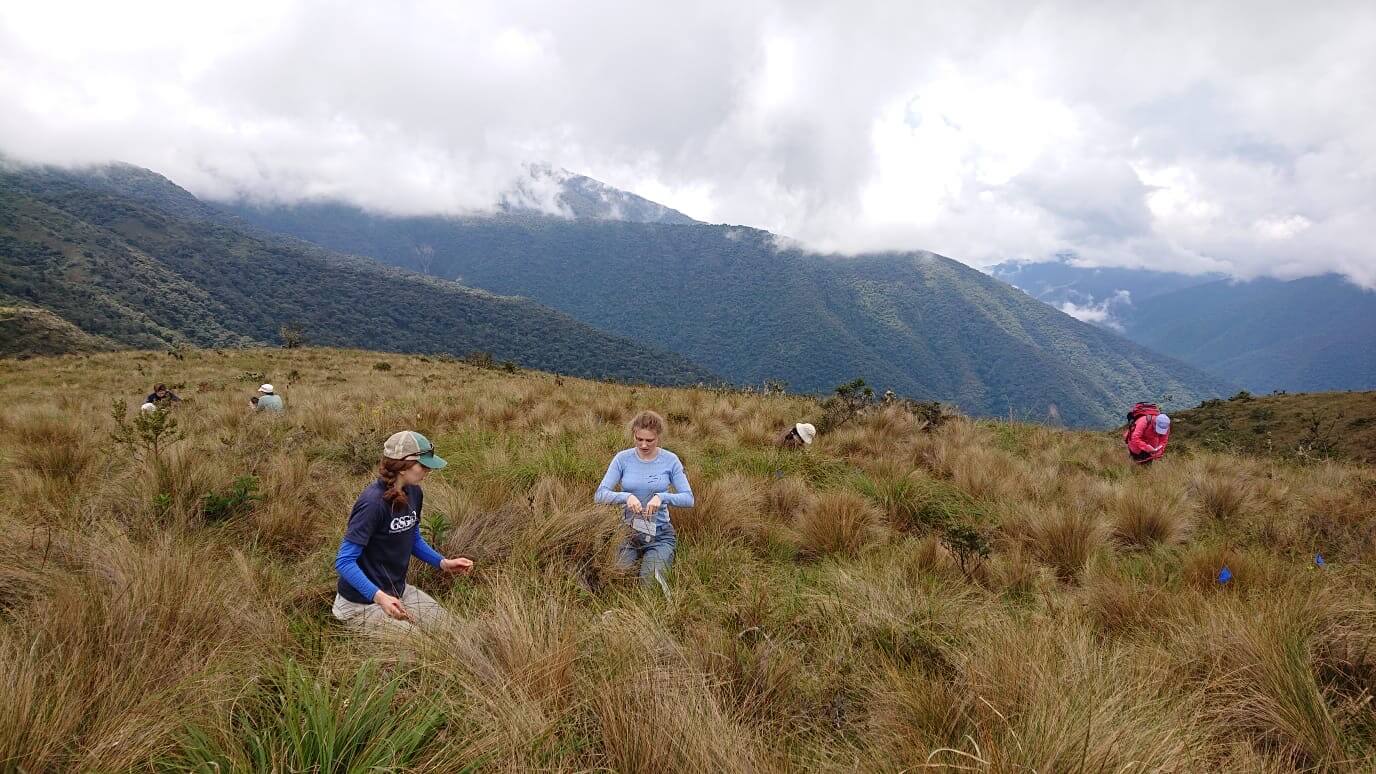 Jessup (in the blue shirt and baseball cap) works at Wayquecha Biological Station in the Andes. Photo provided by Laura Jessup.

Once the team arrived in the city there was a mad scramble to contact embassies, families and universities to try to schedule travel home. “This was the most dramatic part of the experience,” Jessup said. “It kind of felt like a movie.”

While waiting to hear from embassies and airlines, Jessup holed up in a Cusco hotel with the remainder of the research team. Even in the midst of crisis, without the ability to go outside and with limited internet access, they pursued their research objectives from inside the walls of the hotel.

“We’d collected thousands of leaves, which all needed to be picked apart, weighed and scanned in particular ways,” Jessup explained. “We were able to finish processing the leaves we collected in the hotel.”

Since the group had been together prior to its arrival in Cusco, they were initially allowed to socialize and take meals together. This also included celebrating Jessup’s birthday, which she had initially planned to honor in a very different way, after the workshop ended.

“I was planning to spend my birthday alone at Machu Picchu, which would have been cool, but in the end I got to spend it with a bunch of people I’d become close with,” Jessup reminisced. “The scenery wasn’t as good but the company was much better.”

Shortly after the celebration, Jessup said, the group was no longer able to interact due to strictly enforced social distancing protocols. During this time Jessup worried about her fate and whether or not she’d be able to return home in the midst of the crisis. 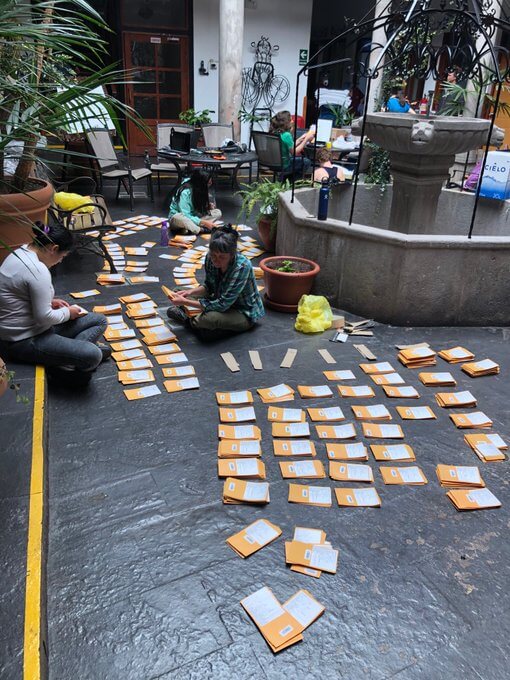 The remaining members of the team worked to process their samples in the lobby of the hotel while under quarantine. Photo provided by Laura Jessup.

At the same time, she understood and supported the actions the Peruvian government took to slow the spread of the virus.

“I think the fact that I fervently believed, and the people I was with believed, that this was the correct thing to do helped get us through,” Jessup added. “They were protecting their country by closing the borders. I understood it was for the greater good even though, at the time, it felt terrible”

Eventually, after nearly two weeks in Cusco, the American embassy contacted Jessup and her American colleagues to say they would be on a flight to Miami. On March 26, the group finally reached U.S. soil.

“When the plane touched down in Miami, everyone cheered. We got this crummy hotel near the airport and the only thing open for delivery was Papa John’s,” Jessup laughed. “I’ve never tasted anything as good as that pizza, eaten off the dirty floor of that hotel room.”

Despite the anxiety and trauma of her recent experience abroad, Jessup said she is more committed than ever to pursuing her research, staying connected to peers, friends and family and getting out of doors.

“There is something very important about being outdoors right now, even if it’s alone.” Jessup said. “And I hope that one thing that gets taken away from this period of isolation is the importance of human connection.”

Managing your “fur-workers”: Supporting your pets while working from home

A downside of working from home is that many of my important work conversations are interrupted by what I have begun to refer to as my fur-workers,” said Candace Croney fondly describing her cat, Bernie, and Havanese mix Desi. “They like to help me out by announcing the end of the world is coming because a delivery arrived or walk across my keyboard to end a web conference without my consent.”

From the lab to the laptop: How College of Agriculture professors are pivoting to virtual classrooms

“In the face-to-face format, I get three chances a week to remind students of critical deadlines, upcoming activities and impart crucial information. Of course, students don’t get that information if they don’t come to class, but then it is their fault,” Dunning said.