The complex relationship between fungi and climate change

The relationship between fungi and climate change is somewhat of a paradox, according to Cathie Aime, professor of botany and plant pathology, but that’s in keeping with these enigmatic and often misunderstood organisms.

As climate change radically alters global landscapes and ecosystems, fungi that are damaging to crops and threaten agricultural industries can become more prevalent. A recent example of this is the fungus that causes coffee rust (Hemileia vastarix), which has devastated coffee crops and the industry in Columbia and Central America and destroyed the livelihoods of millions throughout Latin America. An increase in temperatures, rainfall and extreme weather events, conditions favored by this fungus, accelerated the epidemic.

Inversely, certain fungi could prove essential in the fight against climate change, strengthening ecosystems and helping them fight environmental stressors.

“Fungi are going to be so important in helping to mitigate the damages of climate change,” Aime said. “Fungi recycle everything. For example, humans have drastically changed landscapes around the planet, including inadvertently altering or destroying microbial systems, yet it’s going to be the job of microbes to bring fertility back to soils and resiliency to ecosystems.” 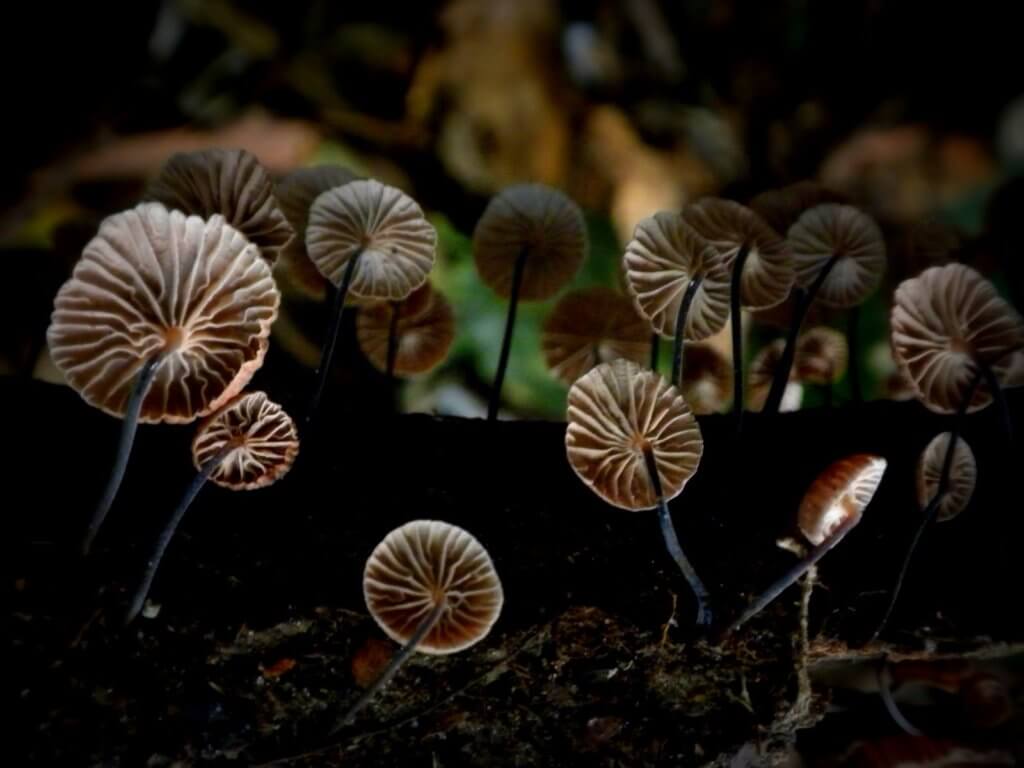 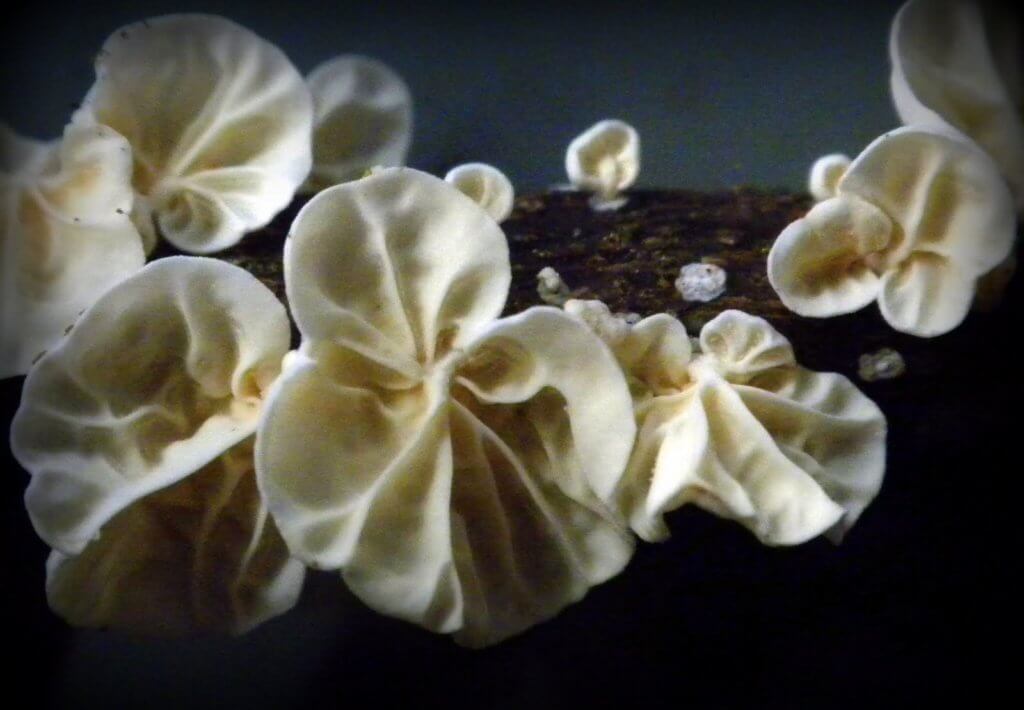 Mushrooms photographed on a trip to Cameroon. Photos by Cathie Aime. 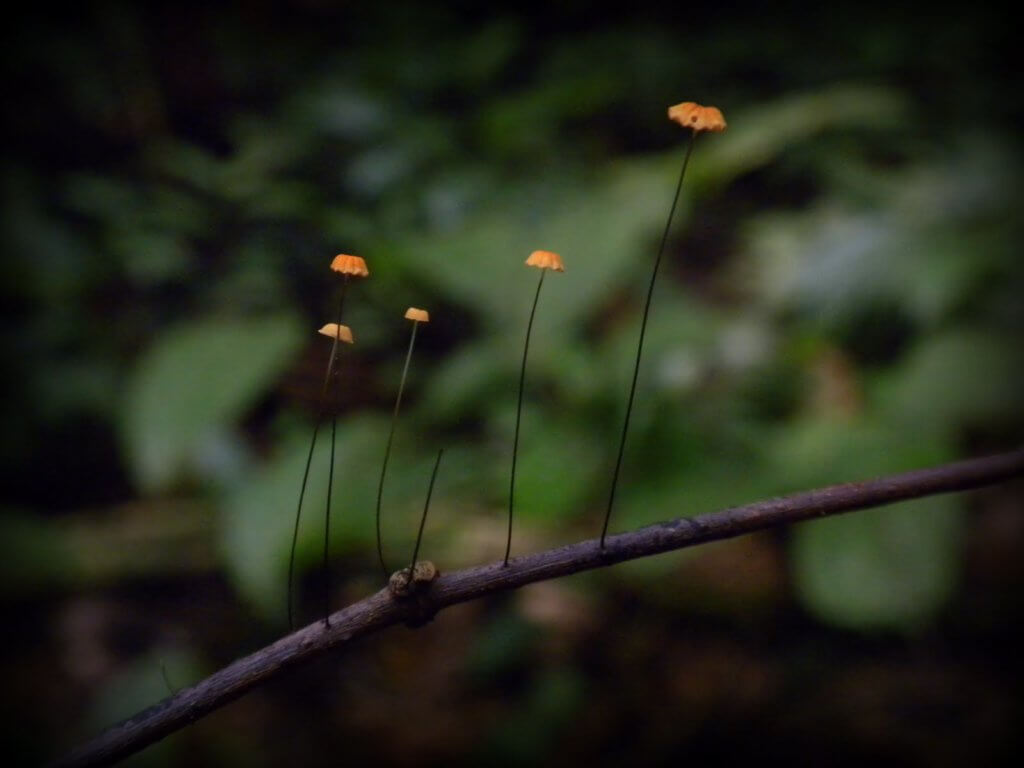 The Aime Lab works with fungi in all their iterations, be they environmentally helpful or harmful. In some cases, they research ways to stop a pathogenic fungus and in others uncover how these organisms form the foundation of ecosystems around the world. Aime is also documenting new fungal species, families and classes, another objective fueled by the threat of climate change as fungi may be disappearing faster than scientists can discover them. To date, Aime’s lab has discovered and published one new class, three new orders, three new families, several genera and close to 150 new species of fungi.

“Documenting the biodiversity of fungi is one of our primary interests right now. It’s important to know what’s here before it disappears and it’s also important because new fungi have the potential to be useful to humans,” Aime explained.

Enzymes from fungi are already being used extensively in the pharmaceutical industry to develop new drugs and in energy industries.  “We have discovered five new families of CAZymes-- enzymes that break down plant cell material--within the genomes of a few of our newly described fungi, which are of extreme interest to the Department of Energy and its research on biofuels.”

But how do scientists go about discovering a new species, never mind an entire class?

It’s not a walk in the park, Blaise Jumbam, one of Aime’s graduate students said, although the process does involve lots of walking. To discover new fungi, Aime and a small team of graduate students and post docs travel to a virgin ecosystem, usually a forest or a jungle, virtually untouched by humans. She has conducted work in Cameroon, Ethiopia, Guyana, Ecuador, Nigeria and the South Pacific Islands.

“A major challenge is the distance you have to move, it’s hours of walking with your gear,” Jumbam said. “We have to locate a place that is remote but also close to a clean water source for drinking. Sleeping is also difficult because a forest floor is not exactly flat. You end up in some really weird positions to avoid roots. Worst of all, when it rains during sleeping hours, you have to wake and create drainage canals around your tent to avoid getting soaked by the flow underneath."

Aime and her crew stay at their remote camp for three to four weeks as they comb the area for fungi. The process isn’t quite like people imagine, Aime said, as fungi live largely underground. The treasure hunt involves swabbing surfaces for spores, which they then cultivate back at camp, another challenge as conditions are less than sterile. 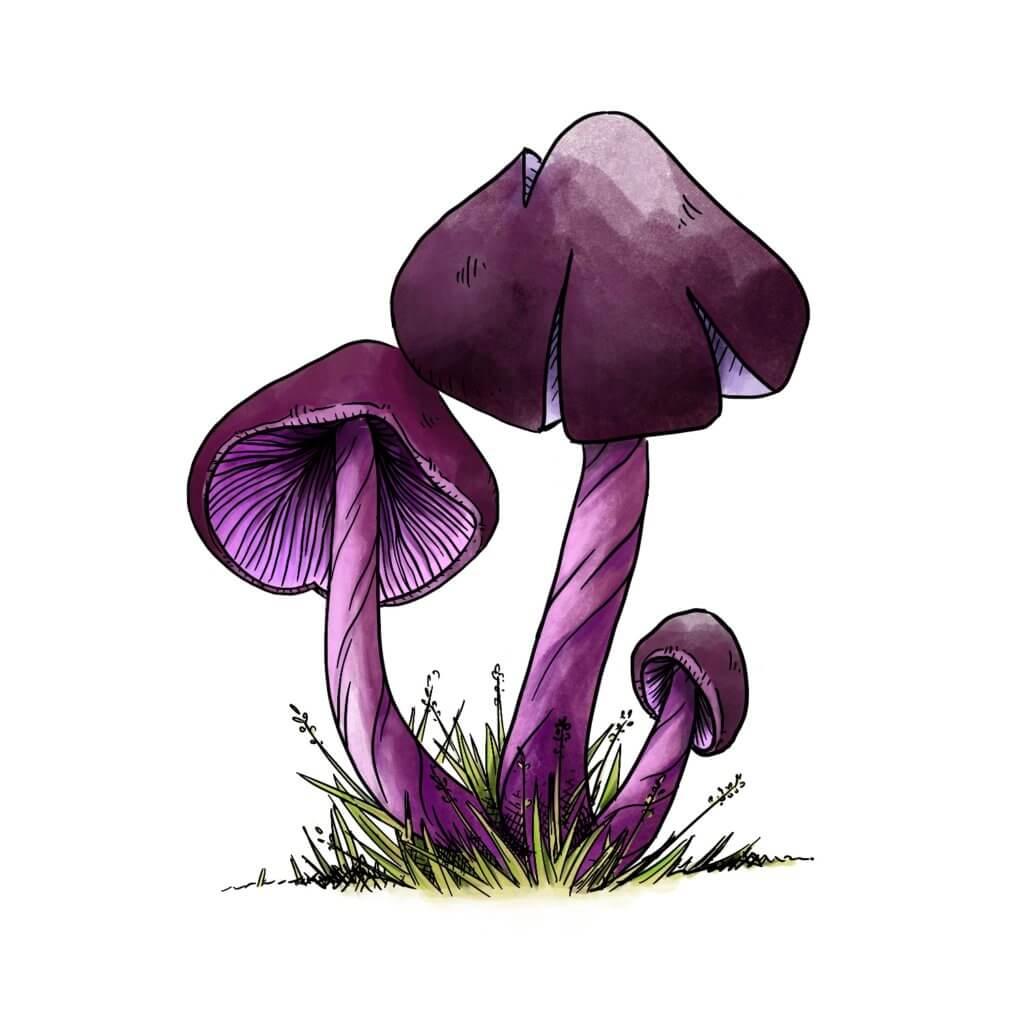 Trichopilus vividus, a mushroom of a fungus discovered by the Aime lab.

“I do everything upside down, it helps keep contaminants out of the sample,” Aime said, just one of many techniques she’s developed for conducting experiments in the field.

An essential component of Aime’s work has also been building relationships with people in these more remote locations and educating local populations on the importance of conservation and mycology. She has built these connections everyplace she conducts research.

Jumbam was one of these connections Aime established during a trip to the Dja Forest in Cameroon, his native country. At the time, Jumbam worked at a herbarium and Cathie reached out to him, asking if he would join her team in their multi-week trip to the forest. So impressed with his work and passion for mycology, Aime later recruited him as a graduate student to Purdue. 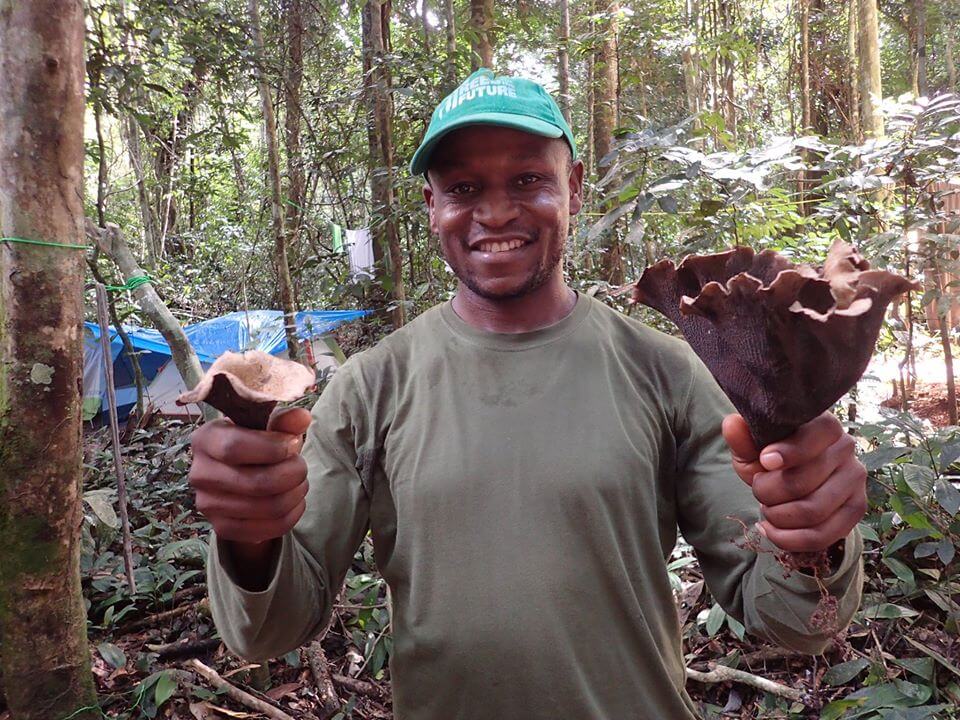 Jumbam holding a selection of mushrooms in Cameroon, 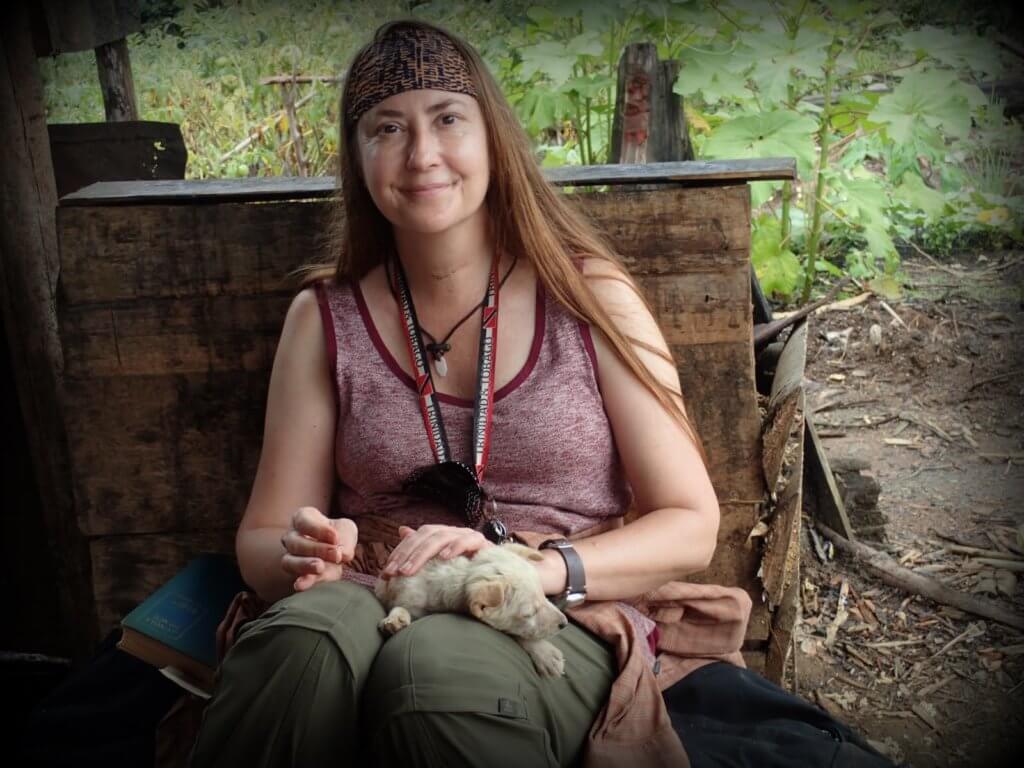 “Most of the research taking place around conservation and documenting biodiversity in Cameroon is focused on plants and animals, not on fungi. But fungi are so vital. And once you destroy a habitat the species disappear,” Jumbam said. “It’s important to document all of these species so at least we know what has existed.”

Like Aime, Jumbam feels the weight of climate change and what this means for fungi. And fostering relationships in more untouched areas has become an integral facet of the lab’s conservation work.

“Right now, cultivating these relationships with local partners is a priority,” Aime said. “The more you do this work, the more you see that expertise and training are our last defense against total loss of biodiversity. I have several students graduating and returning to these areas to support or start up mycology programs.” 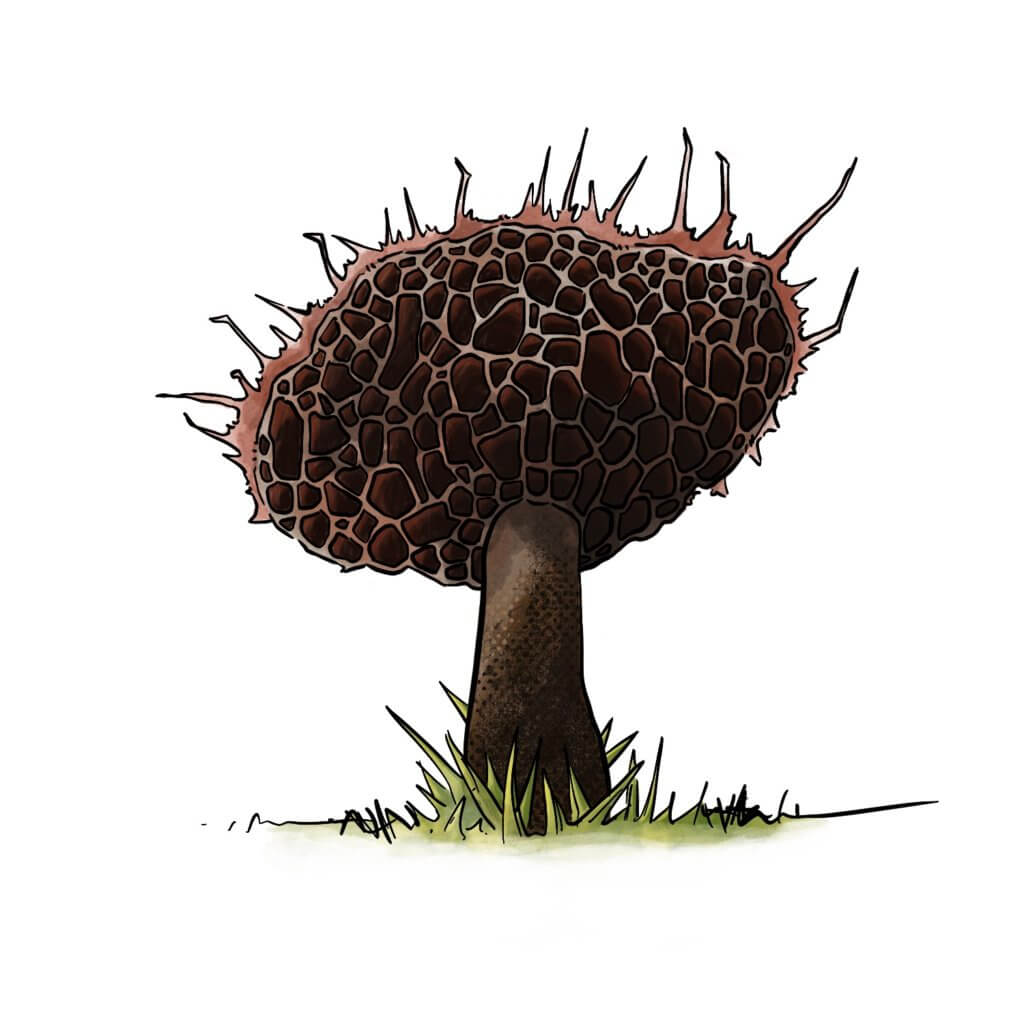 Coltriciella fibrosa, a mushroom of a fungus discovered by the Aime Lab.

Jumbam is one of these students. There are very few mycologists in all of Africa and he sees a need in his home country, where large swaths of virgin territory still exist, for those passionate about fungi. He will bring with him not just his expertise in the field but also his lab experience, where he has been working to find fungal candidates that might stop the spread of soybean and potato nematodes, which can devastate crop populations.

“The challenges are enormous,” he admitted. “In the next 200 years we couldn’t document half of what is out there. But the idea is to go back home and share the knowledge I’ve gained from this prestigious institution.”

He thinks as the ravages of climate change become increasingly acute more and more communities will start to sit up and take notice of the vast but largely invisible world of fungi.

“People always forget about the microbes,” Aime said, “but they are going to be so important in the fight against climate change.”