Yang was explaining why she wanted to pursue a landscape architecture project focused on environmental justice for her capstone project and how she became involved in a Hartford City, Ind., initiative to reimagine a brownfield site and cancer cluster.

Yang is well-versed in the breakdancing movement’s history, which she said harkens back to 1930s New York. Coming out of the Great Depression, New York officials were eager to usher in a new era for the city, one that championed feats of design and engineering, including parks, tunnels, bridges and the Cross Bronx Expressway, a project that did not reach completion until 1972 and had profound impacts on the Bronx borough.

“That highway tore apart a community in the Bronx that was already vulnerable,” Yang continued. “The construction displaced thousands of people who had no place to go. Eventually, they ended up inhabiting abandoned homes in the area or flooding project buildings. There was construction debris everywhere, no electricity, no clean water and violence. Conditions were unbearable.”

It was in this climate in the 1970s that hip-hop and breakdancing gained a foothold and began to transform a marginalized community by giving its members the means to express their experience.

“The more I learned about hip-hop, the more I realized it’s a culture born out of designing and demanding justice,” Yang said. “And that’s the same reason I was attracted to the landscape architecture major. Getting involved in this culture helps me understand the impact of design and motivates me to become a more sympathetic designer.”

Aaron Thompson, assistant professor of landscape architecture, said throughout the course of the Capstone in Landscape Architecture (LA 426) class, Yang demonstrated her passion for environmental justice. While lauding Yang’s commitment, Thompson also expressed initial reservations about tapping in to an existing grassroots project.

“It can be very difficult for students, or anyone, to step into a project like that midstream, especially in communities facing significant environmental issues-like a cancer cluster. It can take years to build trust with community members.” 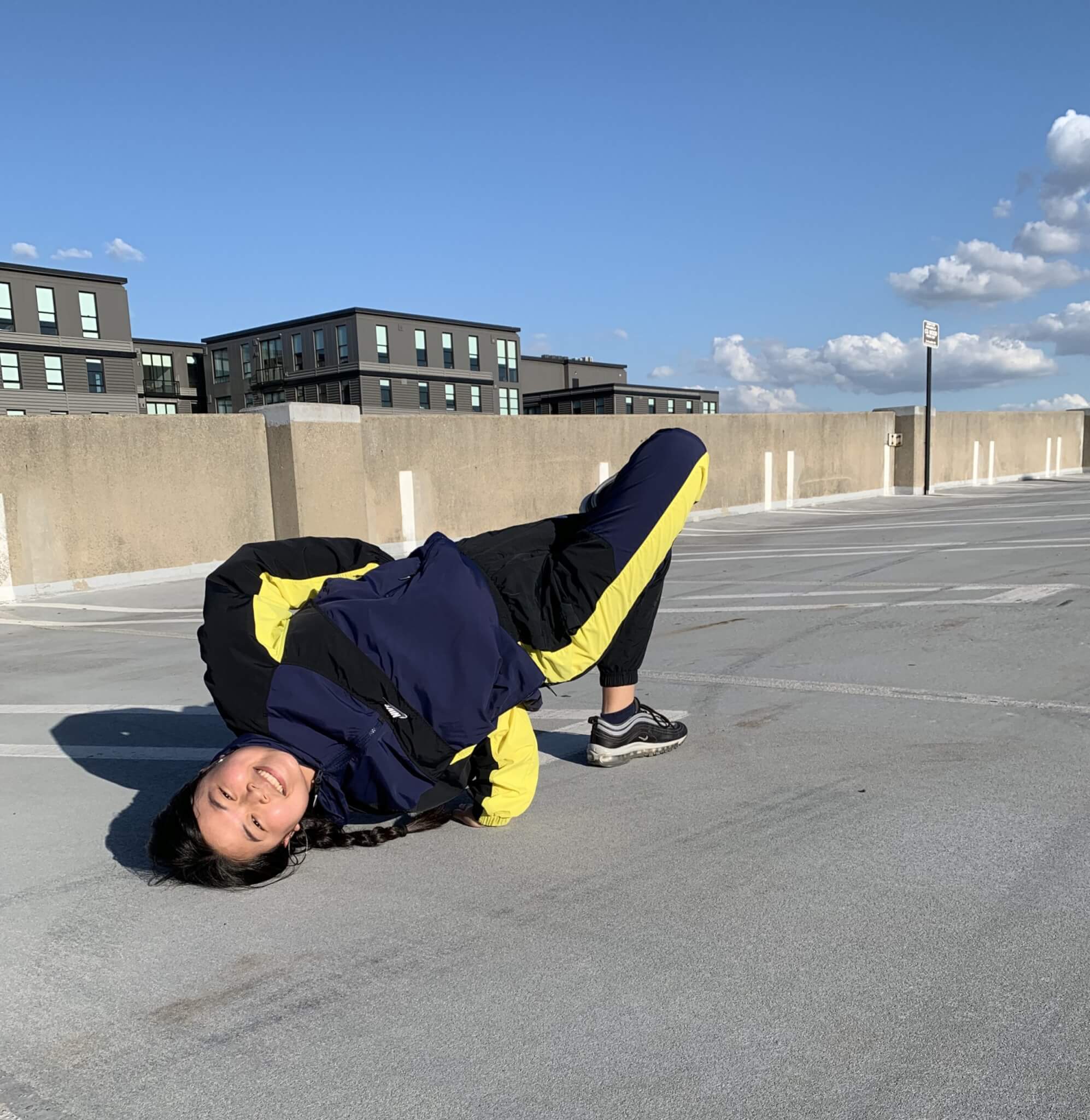 A partnership between Thompson, who directs Purdue’s Center for Community and Environmental Design, and Purdue-Fort Wayne’s Environmental Resource Center connected Yang and Steiner. Through the Center for Community and Environmental Design, however, Yang met Sherrie Steiner, an assistant sociology professor at Purdue University Fort Wayne, who has worked for over a decade in Hartford City. Steiner’s work focused on the small community, which borders Hartford Iron & Metal, a metal recycling facility.

For over a decade, residents in Harford City have experienced high rates of bladder, lung and thyroid cancers along with other severe degenerative illnesses.

“I sat with a women at her kitchen table as she took out a piece of paper filled two columns with names and then turned it over to start a third column,” Steiner recounted. “Those were people she knew personally who had died from Lou Gehrig’s disease.”

Steiner and the Blackford County Concerned Citizens group contend that the cancer cluster may be influenced by airborne toxins from pollution emanating out of the recycling facility; research indicates that steel recycling plants that use fire – such as torches – are associated with the production of airborne hexavalent chromium which is highly carcinogenic. In addition, residential air exposure to toxins constitutes a direct avenue of toxic exposure. Residents keep complaining about the air in their neighborhood. Steiner wants to follow where the evidence leads.

Using moss, Steiner has been able to detect a heightened level of chromium in the air.

“Moss doesn’t have a root system, which means if it contains heavy metal it comes from the air,” Steiner explained. “Moss is used a lot in Europe as an inexpensive way to measure air pollutants.”

While the moss contained chromium, Steiner and other researchers are unable to determine if it is hexavalent chromium, one of the most carcinogenic toxins. Recently, the Indiana Deportment of Environmental Management deployed an air quality monitor to the city to make a determination about what air pollutants exist.

Should the plant be compelled to move, Steiner continued, it is imperative the community have a coherent, comprehensive plan to put forward, addressing what should be done with that site, which sits at the entrance of the town.

“The site will have to be scraped since it’s a brownfield, which means any trees or shrubs will need to be planted at that point in the cleanup process.  After a site is scraped it gets sealed,” Steiner said. Additionally, it makes the site unsuitable for housing, which is why Steiner and the concerned citizen group hope to see it converted into a park.

An overview of Yang's park design.

The Center for Community and Environmental Design connected Yang and Steiner. Yang jumped into the project with enthusiasm and commitment, Steiner said, and provided them with a detailed look of plans that community members could rally around and put before city government.

Yang spent time listening to stakeholders in the community and spinning their grievances and histories into something she felt could be a point of pride for residents.

“People there are really suffering, have really suffered,” Yang said. “A lot of people are living in poverty. They have to deal with fires, explosions, bad smells, pollution and knowing that the air they’re breathing is making them sick, while also knowing their property value has depreciated so much they can’t move. Children don’t know where to play. My design tries to envision a space where they can embrace their past, remember their stories but also look forward, hopefully towards something more positive.”

Yang’s design incorporates a number of innovative designs, including a gallery where the town’s history, art and local bulletins can be displayed, a covered amphitheater for public gatherings, play areas for children and dogs, interactive activities, a memorial to those lost to illness and, perhaps the feature Yang is most proud of, a public healing garden for meditation and a private community garden where residents can grow produce in raised beds.

Yang said the most gratifying part of the project was her time listening to stakeholders and crafting what they are saying about the community’s history and needs into a space that will provide engagement, solace and pride. Converting a space that has caused such widespread pain into a positive, public venue would be a victory for the community and, in many ways, a form of protest.

“If this was a more affluent community I’m pretty sure the [steel recycling] plant wouldn’t still be there,” Yang reflected. “Money often equals power and they are used to their voices not being heard. The best part about this project is that this is a way for the community to express its voice.”

And that expression, Thompson said, is at the core of what landscape architects do.

Landscape architecture can also be a driver of change, Thompson continued. Yang’s designs were wholly speculative, but they’re helping others envision the future. And in this case, that vision took the shape of a park. 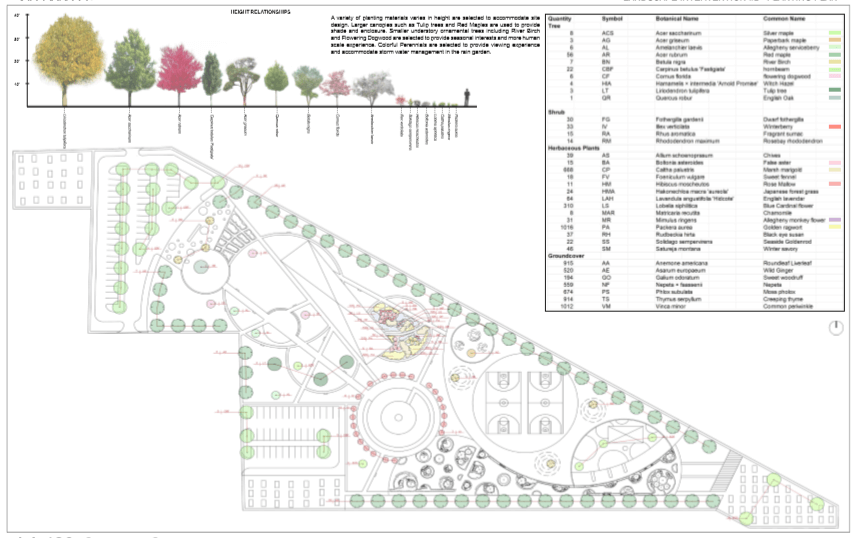 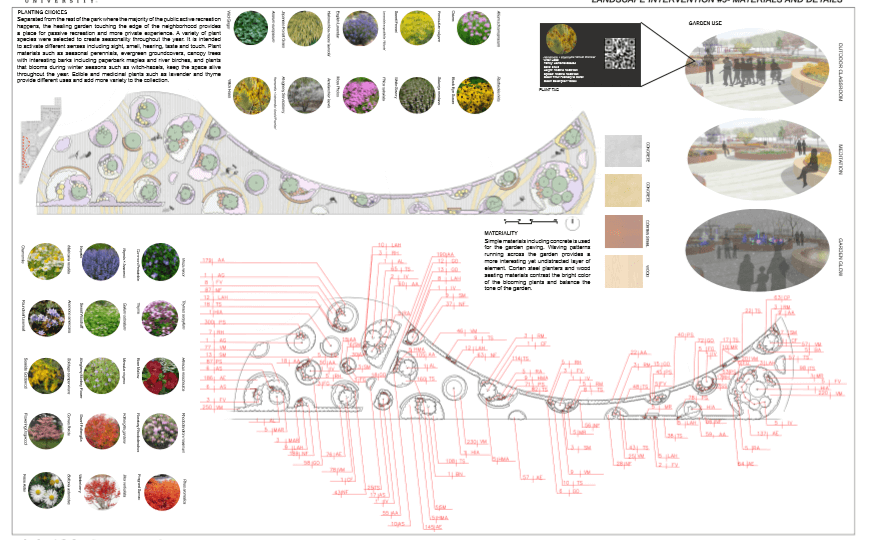 Despite his initial reservations, Thompson said Yang was able to complete an innovative and powerful design while gaining entrance to a small, tight-knit community, all within the span of a semester. That’s something that often takes years. Thompson added that he hopes Yang, who is from China but currently living in Indiana, will continue to be involved with the project. Regardless of her trajectory, however, he said the department is committed to working further with this site and community.

Yang said she would like to continue her work in Hartford City and feels lucky she was able to tap in to a project that so perfectly intersects her different passions.

“I want this for the community. I want them to have this blueprint,” Yang continued. “It is our responsibility as designers to serve underrepresented communities and help them craft something positive from something negative.”

NRES and recent Udall scholar fueled by passion for her hometown