That’s his first piece of wisdom about the Asian giant hornet, a large hornet species, invasive to the U.S., recently identified in the Pacific Northwest. The term is a misnomer as these hornets aren’t necessarily more or less deadly than your average honey bee. While they carry more venom, and therefore their sting is likely more painful, they are not especially deadly for humans.

“The Asian giant hornet already goes by a number of different names, depending on where you are from,” Brock said. “Their scientific name is Vespa mandarinia but they are known as sparrow wasps in Japan, the general officer hornet in Korea and tiger head bee in China.”

No need, it seems, to reinvent the wheel when it comes to terrifying monikers for the species. While not generally aggressive towards humans or large mammals, Harpur said the size of the hornet, 1.5 inches or more, is intimidating.

"Most invasive insects, like emerald ash borer and spotted lanternfly, hitch a ride on things shipped from overseas. "

“Chatting with beekeepers in Japan, I’ve learned even for them this hornet is not a big issue,” Harpur continued. “When they see one they often use a bat or tennis racket to swat it out of the air and kill it. They will also put screens on the front of honey bee colonies to keep the wasps out”

While there has been a lot of hype about sightings of the Vespa mandarinia in Washington State, it’s not clear whether the insect has actually established itself in the region. Furthermore, the likelihood of seeing these hornets in Indiana anytime soon is low.

“The chance of a beekeeper in Indiana seeing one of these is so low it’s basically zero,” Harpur said. “There are some species that look a bit like Vespa mandarinia in Indiana, including the invasive European hornet or native cicada killers.”

There are other, more serious threats to Hoosier honey bee colonies and Indiana’s ecosystems, Harpur said, including the Varroa mite, a parasite that attacks hives and with which beekeepers have long had to contend. 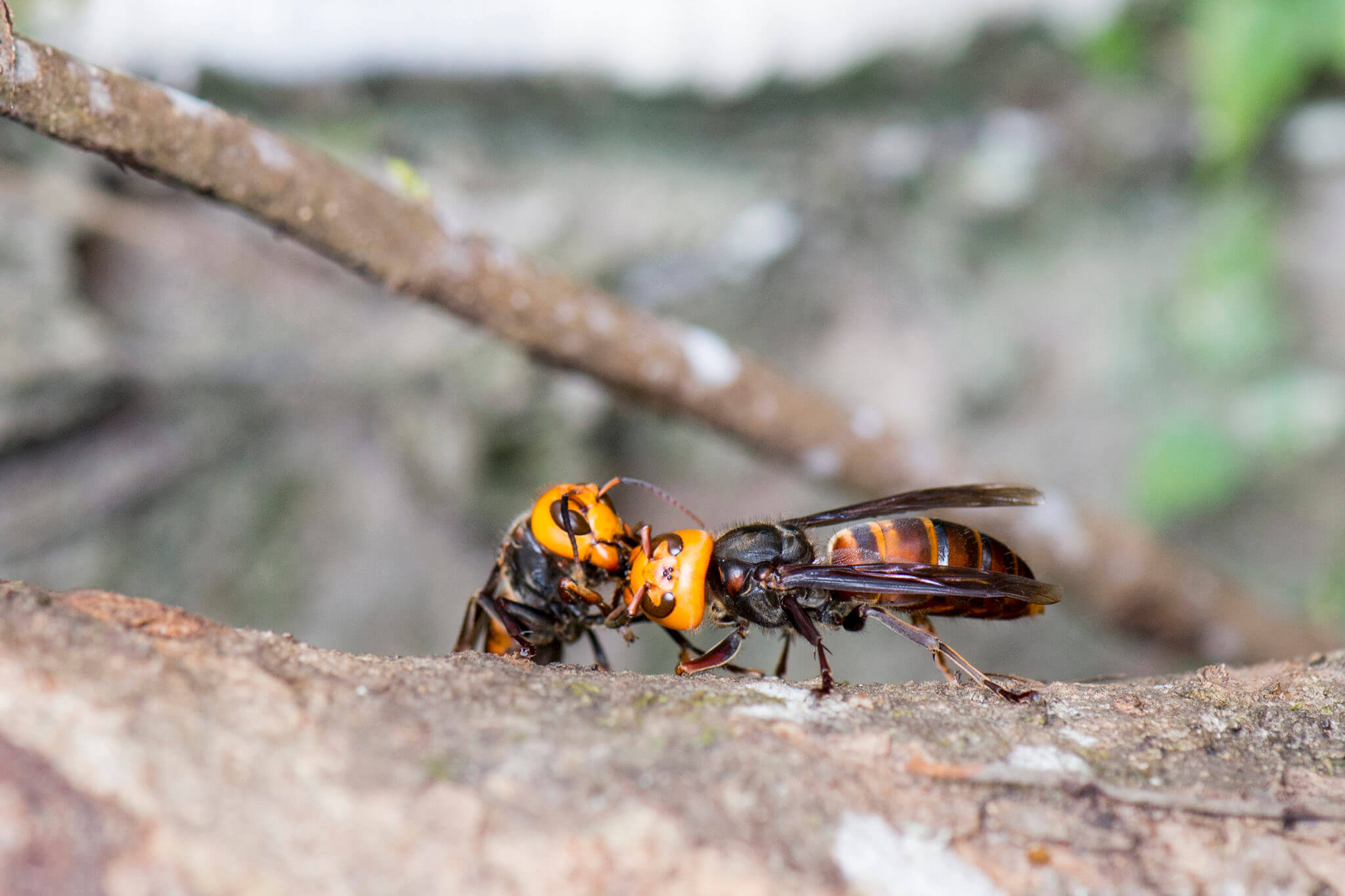 “The gypsy moth is already present in northern Indiana but isn’t established in central and southern Indiana yet. We’d like to keep it that way. The Asian longhorned beetle hasn’t been found in Indiana yet, but it has been repeatedly introduced into nearby states,” Barnes added. “Once they get into a tree it’s a death sentence. The good news is that we’ve had a lot of success eradicating them when they’re reported quickly so there’s hope for stopping them. Spotted lanternfly also hasn’t been found in Indiana yet, but it’s been spreading rapidly so we want people to keep an eye out for them.” 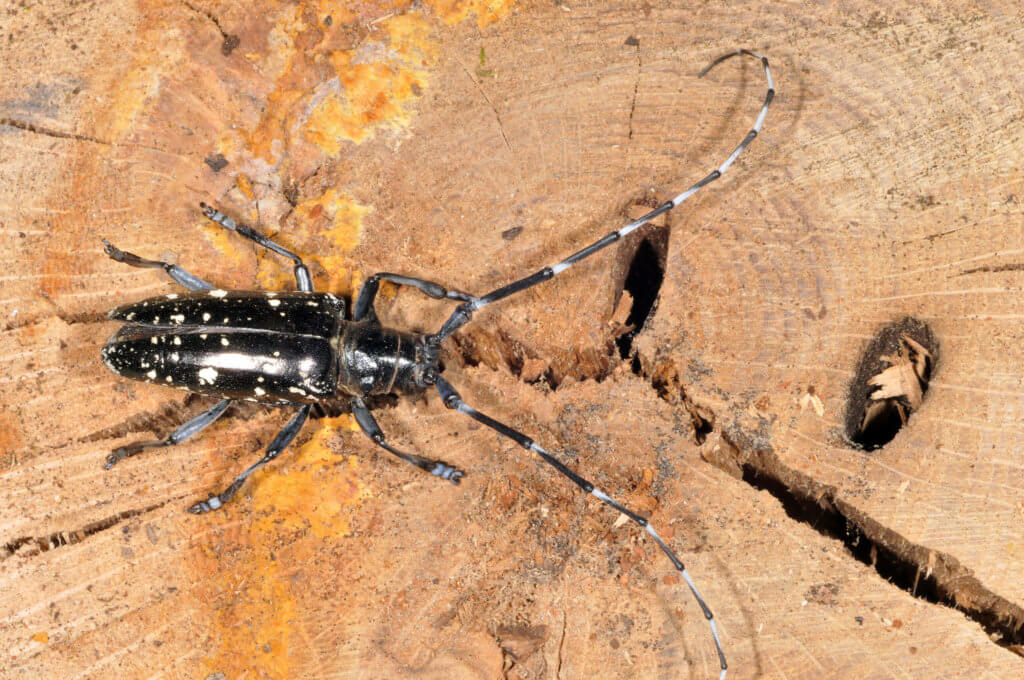 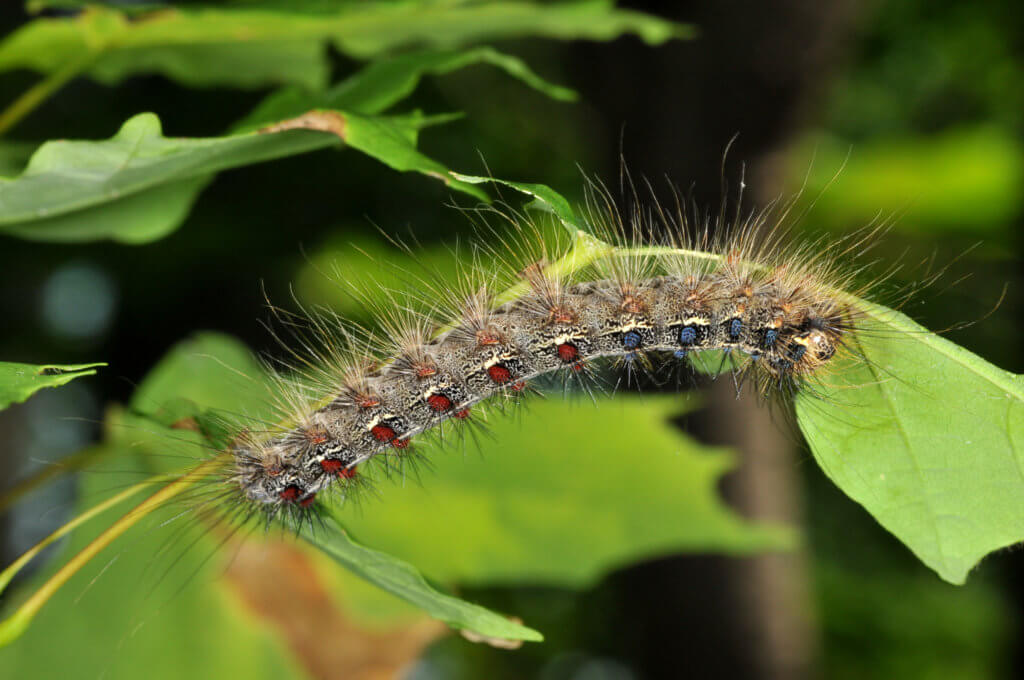 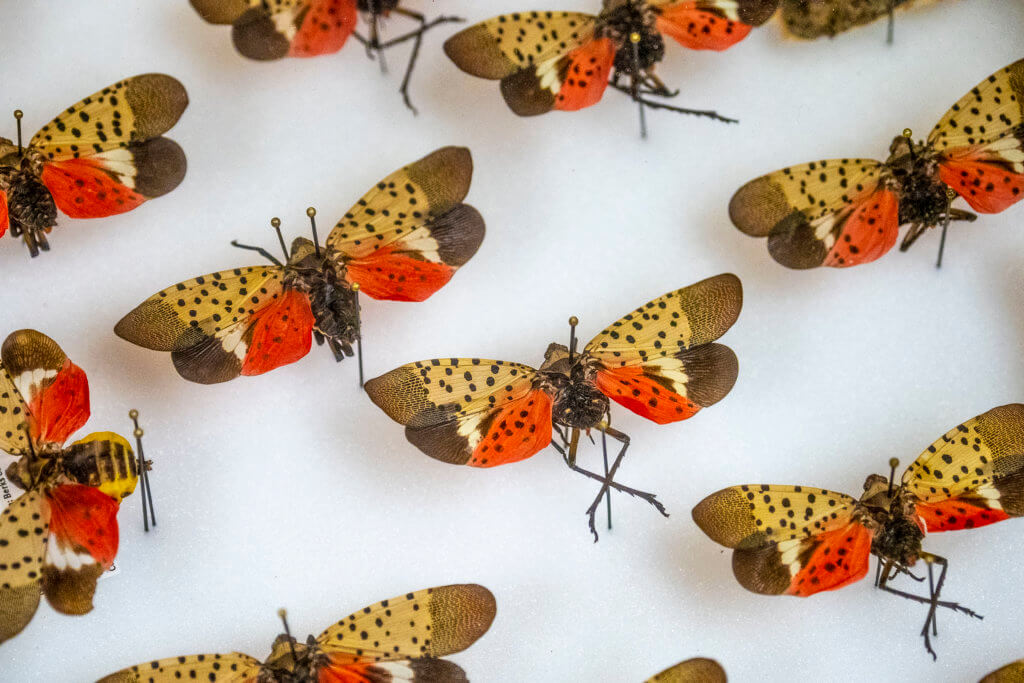 “We still don’t know exactly how they were introduced but it was almost certainly accidental. Most invasive insects, like emerald ash borer and spotted lanternfly, hitch a ride on things shipped from overseas. Very occasionally they are brought over on purpose. For example, gypsy moths were imported and accidentally introduced by a man hoping to use them to start a silk industry in America. Starlings were released on purpose by a different man who wanted all of the birds in Shakespeare’s plays to be in North America,” Barnes explained.

The best possible thing someone can do if they think they see any invasive species is to report it to the Report Invasive initiative at Purdue, which allows individuals to make a report by phone, email or using a smartphone application. This helps experts track and eliminate the spread of invasive species. Harpur said he anticipates some people will think they have spotted a Vespa mandarinia in Indiana and encourages everyone to report any supposed sightings, mainly for peace of mind.

“You’re not going to see one in Indiana anytime soon” he said.

Stephen Schwartz experienced a bizarre sense of deja vu in his final weeks at Purdue, finding them oddly similar to his high school years: finishing his degree online while at the top of his class. However, Schwartz admits his satisfaction at being selected for the 2020 G.A. Ross Award as the top male student in Purdue’s graduating class of roughly 8,000 students outshines his accomplishments in his homeschool class of one.

What COVID-19 could mean for the environment

Hoosiers look to Purdue Extension for answers on COVID-19