Prior to 2015, the last reported sighting of a black bear in Indiana was 1871. Before 1850, the species, Ursus americanus, was heavy on the ground throughout Indiana and much of the Midwest. Hunting and habitat loss, however, led to near eradication of the bear in the region.

After decades of concerted effort from conservationists and wildlife specialists, black bear populations are on the upswing in parts of the Midwest. Elizabeth Flaherty, associate professor of forestry and natural resources (FNR) said black bear populations are growing in neighboring states like Ohio, Michigan and Kentucky, which is why the species has been sighted, albeit infrequently, in Indiana since 2015.

Flaherty said the bears will often cross the border to summer in Indiana before returning to more familiar territory for the winter. Southern Indiana is especially appealing to black bears because of its forests. 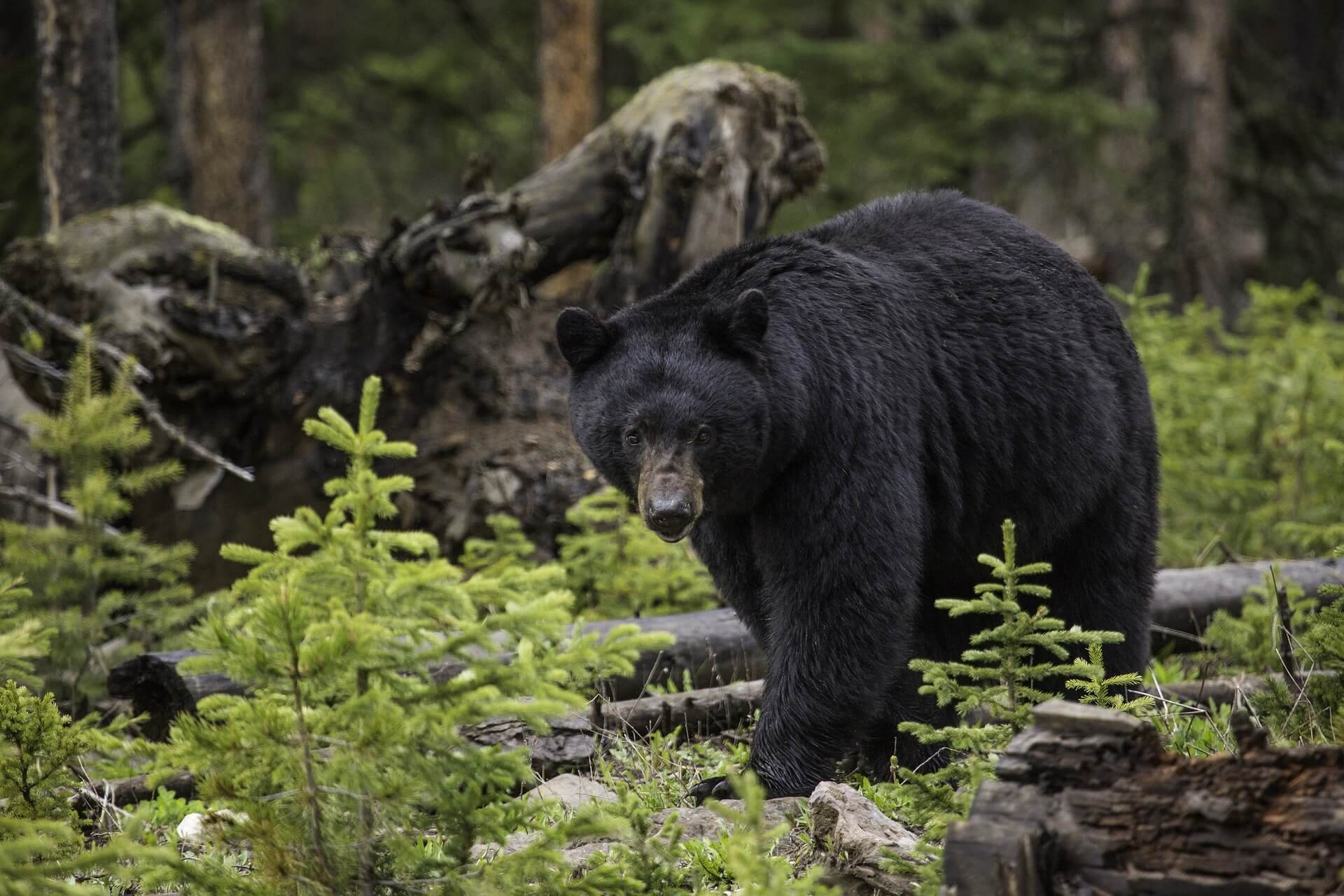 “Black bears are large carnivores and need a large area for their home range,” Flaherty explained. “They don’t like to overlap with each other. So, when the mom kicks the kids out in their second year they start wandering around looking for land they can establish as their own.”

For that reason,   juveniles are often spotted in Indiana.

While black bears may not have the reputation of its cousin the grizzly bear, Flaherty said they can be aggressive. “Black bears can and have killed people,” she added. “I worked in Alaska for many years and we always had to be very cautious about black bears. We treated them as we would a grizzly.”

The Indiana Department of Natural Resources says that removing birdfeeders and any outdoor cooking equipment when bears are active is a good safety measure, along with moving garbage into a garage or shed and immediately picking ripe produce from the garden. And, of course, under no circumstances should anyone feed the bears.

Sightings of black bears can be reported to IDNR (wildlife.IN.gov/8497.htm), but citizens should not follow or track a bear to obtain a photo. If approached by a black bear, do not climb a tree or run away. Instead, slowly back away and leave the area swiftly.

And, again, Flaherty and IDNR cannot emphasize this enough, do not feed the bears.

Purdue University’s Department of Food Science’s pilot plant is a key component of its mission to prepare graduates to enter the job market and support industry. The plant houses industry-grade equipment, which is used by researchers, students and food…