Why ginger is at the root of holiday traditions

Ginger, harvested from the rhizomes (underground stems) of the Zingiber officinale plant, has been cultivated in Southeast Asia since ancient times. Often used for medicinal purposes, ginger was traded outside of the region by the 1st century, and its use became increasingly culinary. By the 15th century, ginger was found in kitchens throughout Europe, lending dishes exotic and aromatic flavors. One of the spice’s most popular uses, to make beloved holiday treats, has its roots in 16th century Europe, where traditions around gingerbread houses and cookies first developed.

While the term gingerbread can be found in primary source documents and literature before this time, this was likely a reference to preserved ginger root, used as medicine and sometimes candy. One of the first literary allusions to the spiced cookie can be found in Shakespeare’s late 17th-century play, Love’s Labor Lost.

Opinions differ on the precise origins of the gingerbread men and houses we recognize as symbols of yuletide. Some historians claim Queen Elizabeth I popularized gingerbread men by decorating them in the likeness of members of her court and guests. Other culinary historians claim the idea of cookie houses adorned with candy was born out of German folktales that the Grimm Brothers wrote about Hansel and Gretel. Gingerbread men could also be found in the hopeful clutches of young lovers. In Elizabethan times and beyond, medicine men sold the cookies as love charms. However, the central reason gingerbread became a popular flavor around Christmas time was due to the belief that eating spicy food increases body warmth. 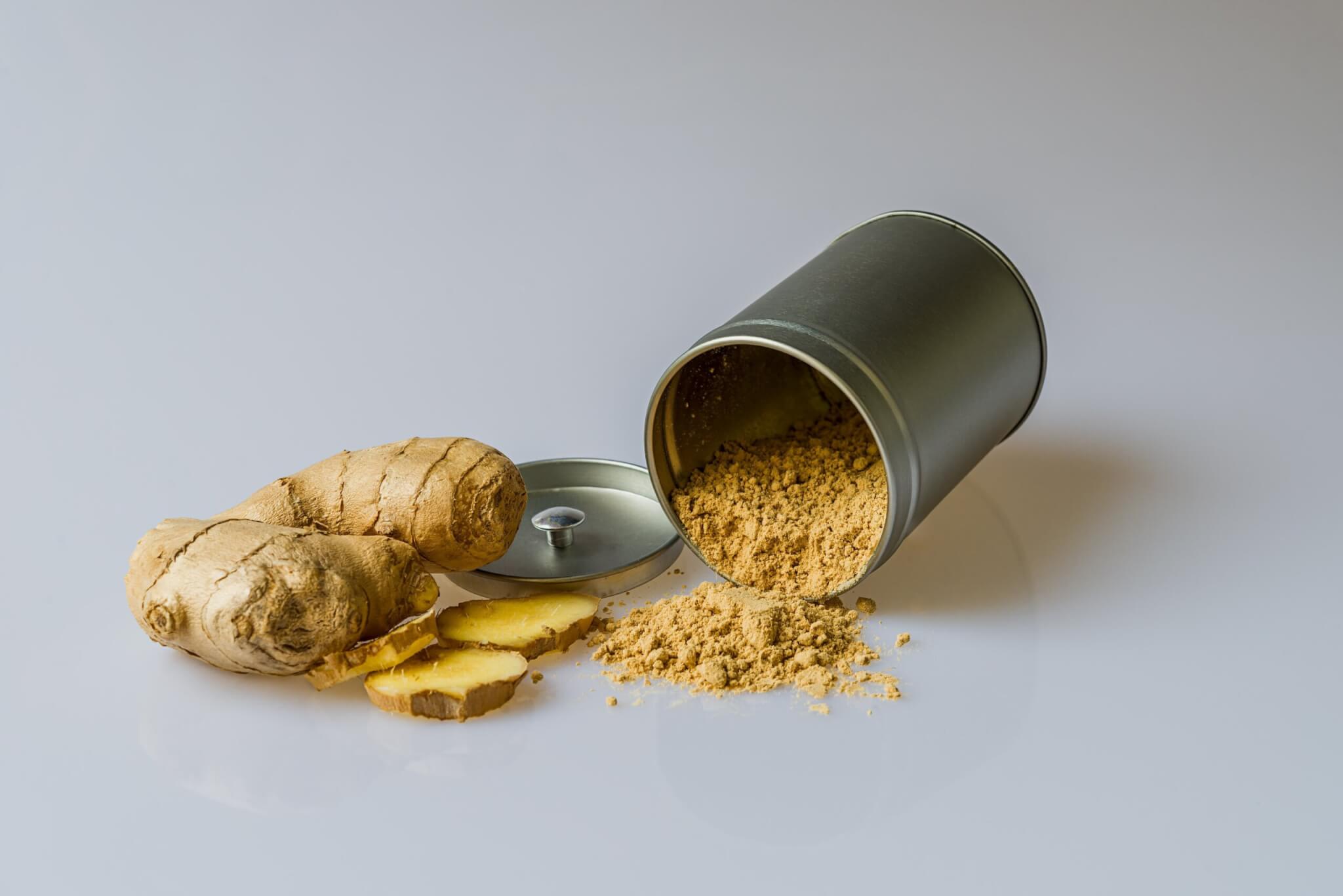 Ginger is used today in its raw form and spice form. It is also used for medicinal and culinary exploits.

Gingerbread was also popular around Christmas in the Western world for several practical reasons. Ginger keeps for long periods, especially in root cellars, so fresh ginger was easily obtained, even in December. Additionally, while much of the ginger rhizome and ginger spice found on European markets were (and still are) imported, some farmers and dabblers grew and produced their own. It is a hearty crop that can do well in cooler temperatures and can also be grown inside or in greenhouses.

Those wishing to grow ginger indoors as an experiment or houseplant can do it themselves from fresh, grocery store ginger, Rosie Lerner, Extension consumer horticulture specialist, said. Select a healthy-looking rhizome and locate the small buds, also known as “eyes.” With the eyes facing up, plant the ginger in soil, 2-3 inches deep and water regularly. When leaves begin to emerge, move the plant to a sunny location, which receives at least half a day’s worth of direct sunlight.

Still, ginger favors warmer, more humid climes, which prove necessary to produce mass quantities of the rhizome, Lerner explained. Today, most of the world’s supply of ginger is grown in India.  Growers in Hawaii largely supply the U.S.

“The rhizomes can be harvested after the first year of growth,” Lerner added. “Then they can be prepared and used in many different forms: fresh, dried, whole, ground, pickled, crystallized or even boiled, and then stored as a syrup.”

A first-generation college student, Schull double-majored in biological engineering and natural resources at Cornell University, where a professor encouraged them to follow their research interests to Purdue. Schull is a programmer and hydrologist whose research focuses on water resource management using a food-energy-water nexus framework.

President Biden has recommitted the U.S. to the Paris climate accord and also moved forward with a climate plan calling for carbon free electricity by 2035 and net zero emissions by 2050 — policies compatible with and beyond the 2 degrees C mitigation …

Fruit growers are encouraged to attend the Purdue Extension Fruit Management Webinar series sponsored by the Indiana Horticultural Conference and Expo. The series will be held virtually 1-3 p.m. ET Tuesday (March 9), and March 16 and 23.