When Jim Brainard entered his first political contest in 1995 — the mayor's race in Carmel, Ind. — he walked neighborhoods after work and on weekends from February to May, knocking on thousands of doors. He asked residents about their hopes and dreams for the then-small town.

After Brainard beat the incumbent and took office in 1996, his constituents' top two priorities became his own: parks and trails and a defined downtown.

Brainard is in the second year of his seventh term as mayor, and Carmel is now a medium-sized municipality of 105,000 people. Park area has grown from 40 to nearly 1,000 acres, and the city has 225-plus miles of bike and pedestrian trails. Its Arts and Design District is at the center of a vibrant downtown.

Although it didn’t make his top two priorities, reducing Carmel’s carbon footprint has always been important to Brainard. Among Carmel’s many initiatives — including more than 120 roundabouts, LED streetlights, hybrid police vehicles, and energ­y-efficient generators in major buildings — Brainard is most proud of the city’s walkable downtown. “People can live, work and enjoy themselves without needing their car,” he says. “They can ride bikes on the Monon Trail, attend arts events and eat at restaurants.”

Brainard says his own interpretation of urban planning evolved right along with the city. “We had designed beautiful cities in our culture for thousands of years. The big change came after World War II when we started designing for cars, not for people,” he explains. “Now we’re working to make our cities more livable, which means people can walk places they need to go.

“It’s not easy work to take a car city and transition it,” he acknowledges.

Learn more about the community benefits of a climate-smart city

Putting Carmel on the environmental map

As a new mayor, Brainard strongly advocated for development of the Monon Trail in Carmel, and time has proven him right. The trail is a much-utilized economic driver that he calls “our beachfront property along the downtown.” Public-private partnerships enabled the city to discard developers’ single-use focus in favor of mixed-use development.

Rather than hiring a designated sustainability director, Brainard tasked his department heads to operate as sustainably as possible. The result, he says, is ownership in the process and ideas that come from the people who know their departments best. He credits Carmel’s municipal employees as “smart, hardworking people doing things that are leading the way in their areas across the country and world.”

He encourages staff to explore new technology and new approaches well beyond Indiana. For example, when his utilities director, John Duffy, heard about a Danish biopasture system to effectively treat sewage sludge (residue left over after wastewater treatment and often used as a by-product), Brainard sent him to Denmark. U.S. federal regulations classify sludge into two categories based on pathogen reduction criteria and limit what utilities can do with it. Most of Carmel’s class B sludge, which has detectable pathogens, was going to landfills. Implementing the biopasture system in Carmel — the first use of it in the U.S.— produced class A sludge that the city now gives to residents, uses in city landscaping projects and sells to growers.

Brainard’s commitment to incorporating sustainable urban planning and climate resilience into changes across the city has earned the moderate Republican a national reputation for leading efforts against climate change. He strongly embraces climate science. “You have to pay attention to the data,” he says.

He co-chaired the U.S. Conference of Mayors’ energy and climate protection task force and held a seat on President Barack Obama’s Task Force on Climate Preparedness and Resilience. He was among 24 city leaders chosen to serve on the steering committee for Climate Mayors, a network of more than 400 city leaders committed to reducing carbon emissions in line with the Paris Climate Agreement. He defines his role as influencing federal and state government to support communities that strive to be more environmentally friendly.

Although he’s one of few Republicans on the steering committee, Brainard challenges the perception that he is an outlier in his party. “If climate change belongs to any political party, historically it belongs to the Republican party,” he says, pointing to key environmental legislation passed under Presidents Theodore Roosevelt, Dwight Eisenhower, Richard Nixon, Gerald Ford and Ronald Reagan.

The most effective work on climate change has been nonpartisan, he adds. “I’ve yet to meet a Republican or a Democrat who wants their family to drink dirty water or breathe dirty air. And these are things that are important for the success of any community and any country.”

Brainard paraphrases the mayor of Toronto: “Mayors are the ‘let’s get things done’ party. We don’t have the leisure to debate and fight between the parties. We see our constituents in the community every day, and they have concerns about how we’re going to make things better.” 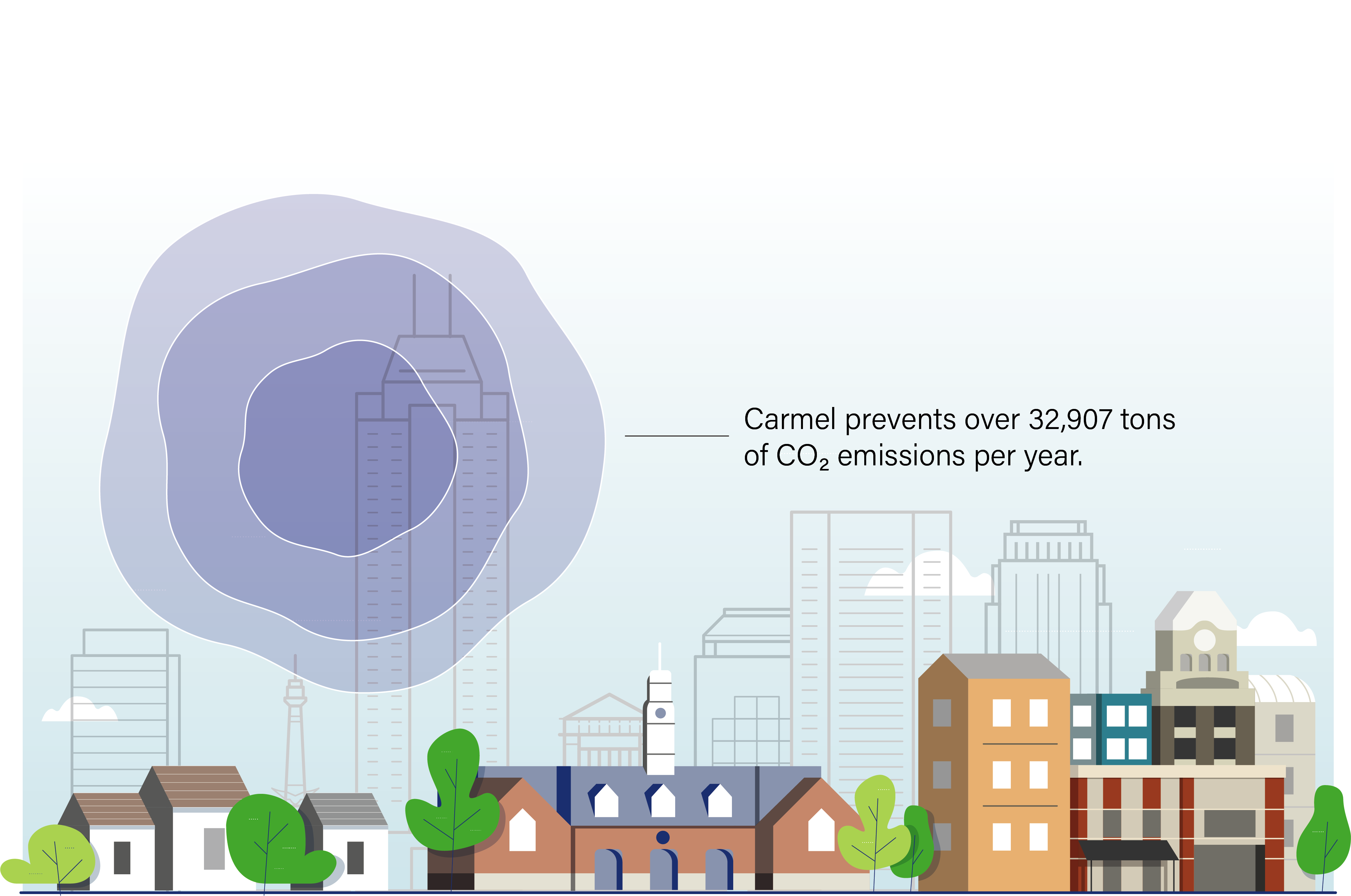 The role of cities

Other cities and towns are capable of integrating sustainable practices into their planning, Brainard says. “Every city has a budget to operate water treatment plants, buy police cars and fire trucks, and design streets. Just taking those basic things and thinking, ‘How can we do it in a way that’s more friendly to the environment?’ can make a difference.”

Research should inform the answer to that question, he adds. “As a city government, we try to provide the facts on issues that are important to people. It’s our nature to be emotional but we’re supposed to look at the facts, analyze them and make decisions based on data, not on emotion.”

Brainard’s election to seven terms speaks to the community’s support for his approach, and the city has realized economic benefits as well. However, the mayor and former Eagle Scout looks to a more fundamental reason to operate sustainably, rooted in his upbringing and the tenets of scouting: “It’s important that we leave the Earth in a better place than we found it,” he says.

Learn more about the community benefits of a climate-smart city