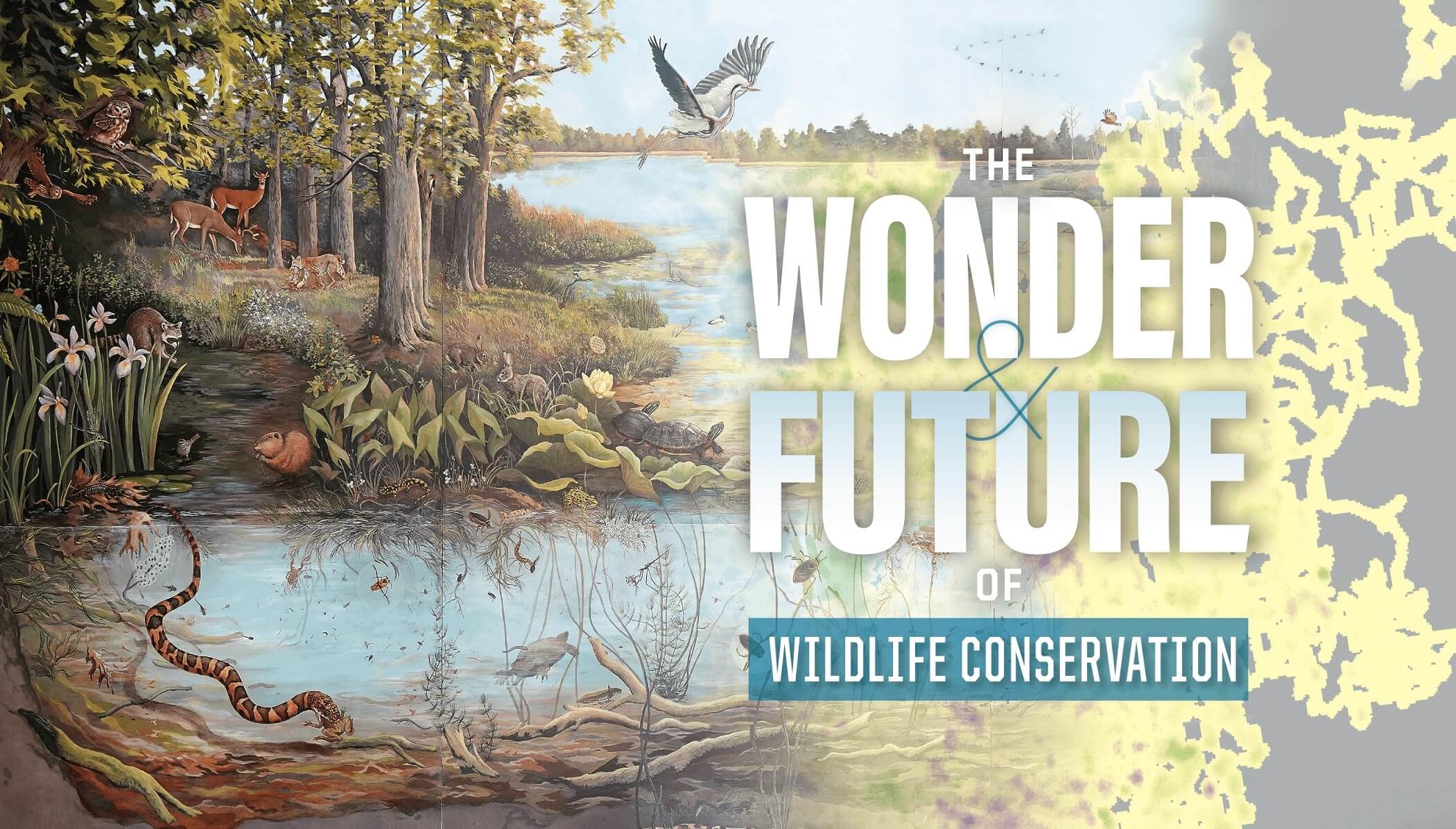 Rob Swihart, professor of wildlife ecology, was just a kid having fun exploring the backwoods when he encountered a rat snake eating a nestling chipmunk. “I suppose most people would have been horrified by that, but I was mesmerized by the whole process,” he recalls. “How could the snake open its mouth so far? I became interested in wildlife at a young and impressionable age, and that never left me.”

Swihart and his fellow wildlife researchers in Purdue’s Department of Forestry and Natural Resources (FNR) still bring that sense of wonder to their work in wildlife management and conservation. But it’s tempered by evidence that many of the animals they’re dedicating their professional lives to are in trouble, and the human species, also best positioned to help, is largely responsible.

“The fundamental issue is that there are so many people on planet Earth,” says Pat Zollner, professor of quantitative ecology. “There’s only so much out there. Wildlife biologists challenge us as a society to be intentional about how we decide to select actions that are going to divide that diminishing pie.”

Jason Hoverman, professor of vertebrate ecology, agrees that population growth has associated threats for wildlife. “Loss of habitat is always a major driver of conservation and management issues,” he says. “One of our biggest challenges is how we balance human needs with wildlife needs.”

As if habitat loss wasn’t serious enough, climate change is aggravating it, adds Elizabeth (Liz) Flaherty, associate professor of wildlife ecology and habitat management. “They have direct interaction with each other. With climate change we’re seeing changes in environmental conditions, and those changes could lead to lower availability of different habitat types.”

Purdue researchers bring innovative experimentation, technologies and collaborations to this complex set of challenges. Their distinct approaches reflect wide-ranging efforts to better understand the animals, as well as humans’ complicated relationships with them.

The lab applies a core technique called agent-based modeling, in which researchers build virtual universes. Here they simulate ecosystems, modeling plants and animals based on their behavior in real settings and different circumstances.

“We do field biology, learn about the rules that local, individual animals use, and then create virtual versions of the animals inside a computer,” Zollner says. “Then we can come up with multiples of one forest and replicate them.”

Such a tool could inform the National Forest Service, for example, about how habitat changes resulting from human activity influence animal movement patterns. Zollner studied the American marten to learn how the weasel-like mammal moves across a forested landscape, where it chooses to settle and the danger it faces in different locations.

By using the field data to create virtual martens, “we can say if the National Forest Service manages the national forests according to plan A for the next 50 years, we’d get the following configuration of forest types,” he explains. But a plan B or plan C would bring different results. Thus, the models can show how to manage a forest to a composition that enhances a species’ ability to thrive there.

In this case, researchers gained insight into the endangered marten’s ability to move between different locations and, importantly, Zollner says, “to keep demographically connected enough so that they can keep breeding and producing more baby martens, versus becoming isolated and dying out over time in some places.”

Numbers matter in wildlife research, Rob Swihart says. Responsibly collecting and examining data is key, because the information it reveals becomes the basis for decisions about how to manage natural resources.

For the past four years, Swihart has provided information to the Indiana Department of Natural Resources (IDNR) to help the agency better manage deer, a valuable natural resource in Indiana and many other states.

Swihart’s data helps decision makers understand how human activities like farming, draining wetlands, clearing land for development or harvesting timber affect ecosystems and the wildlife species that rely on them.

Swihart and Zollner recently collaborated on a project to assess bobcat habitat in Indiana. Determining the state’s carrying capacity for bobcats — how many can successfully live here? — turned out to be an unwieldy question until the wildlife researchers connected with David Gleich, professor of computer science.

“The computing needs for determining the capacity of the state for bobcats are huge,” Swihart says. “That additional expertise enabled us to overcome that obstacle at a spatial scale that nobody else has been able to accomplish to date.”

MARTENS ON THE MOVE 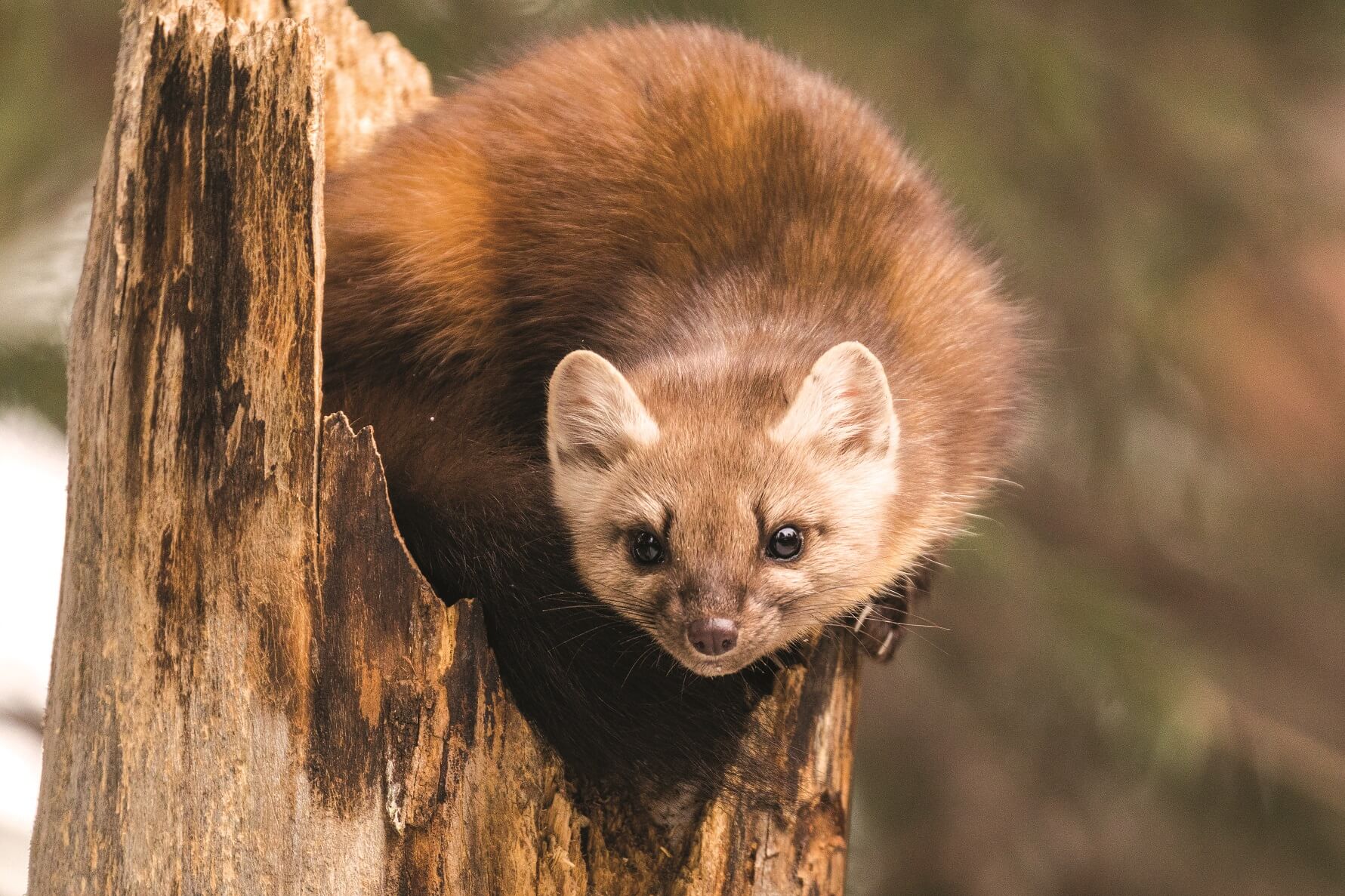 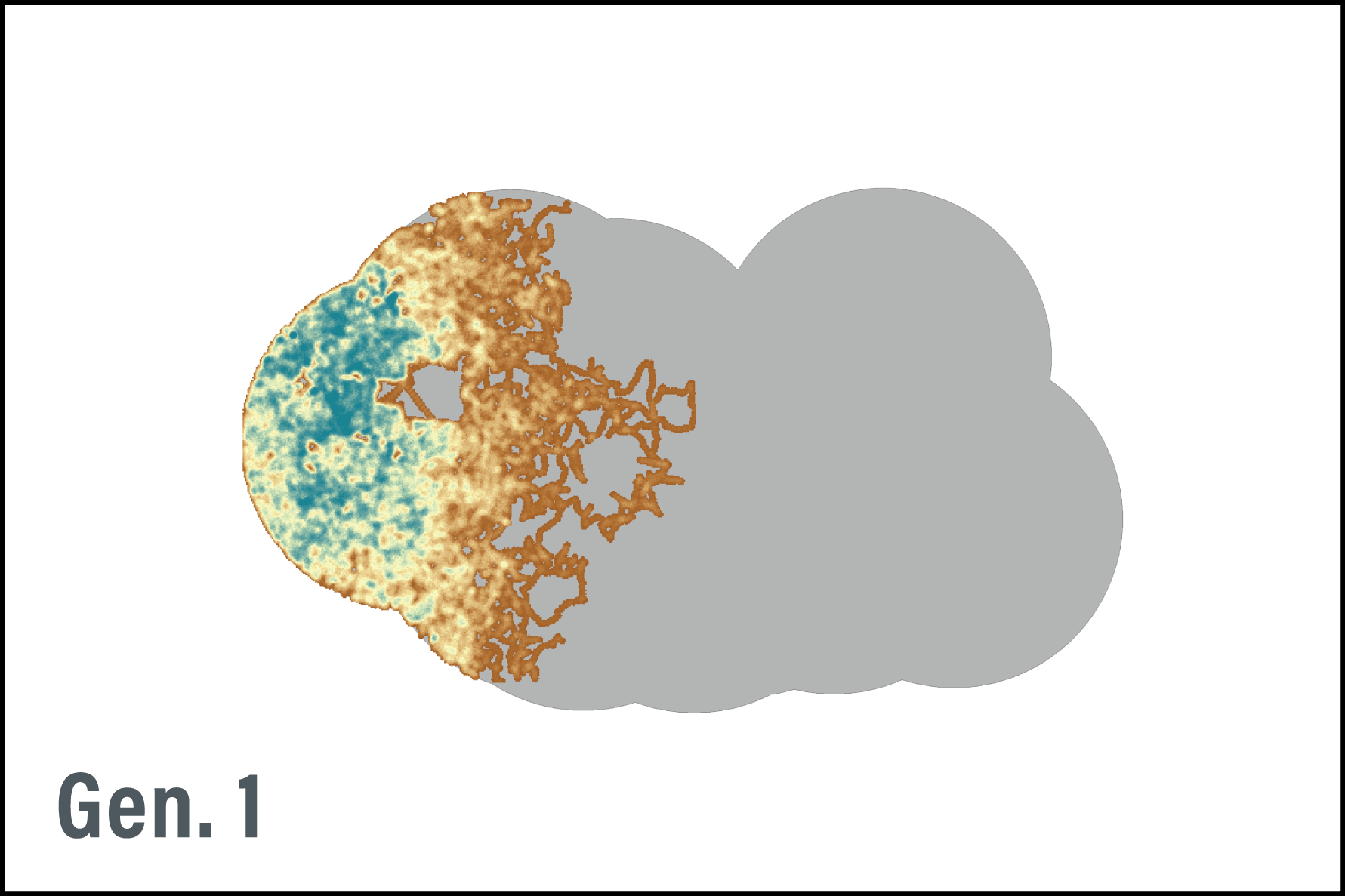 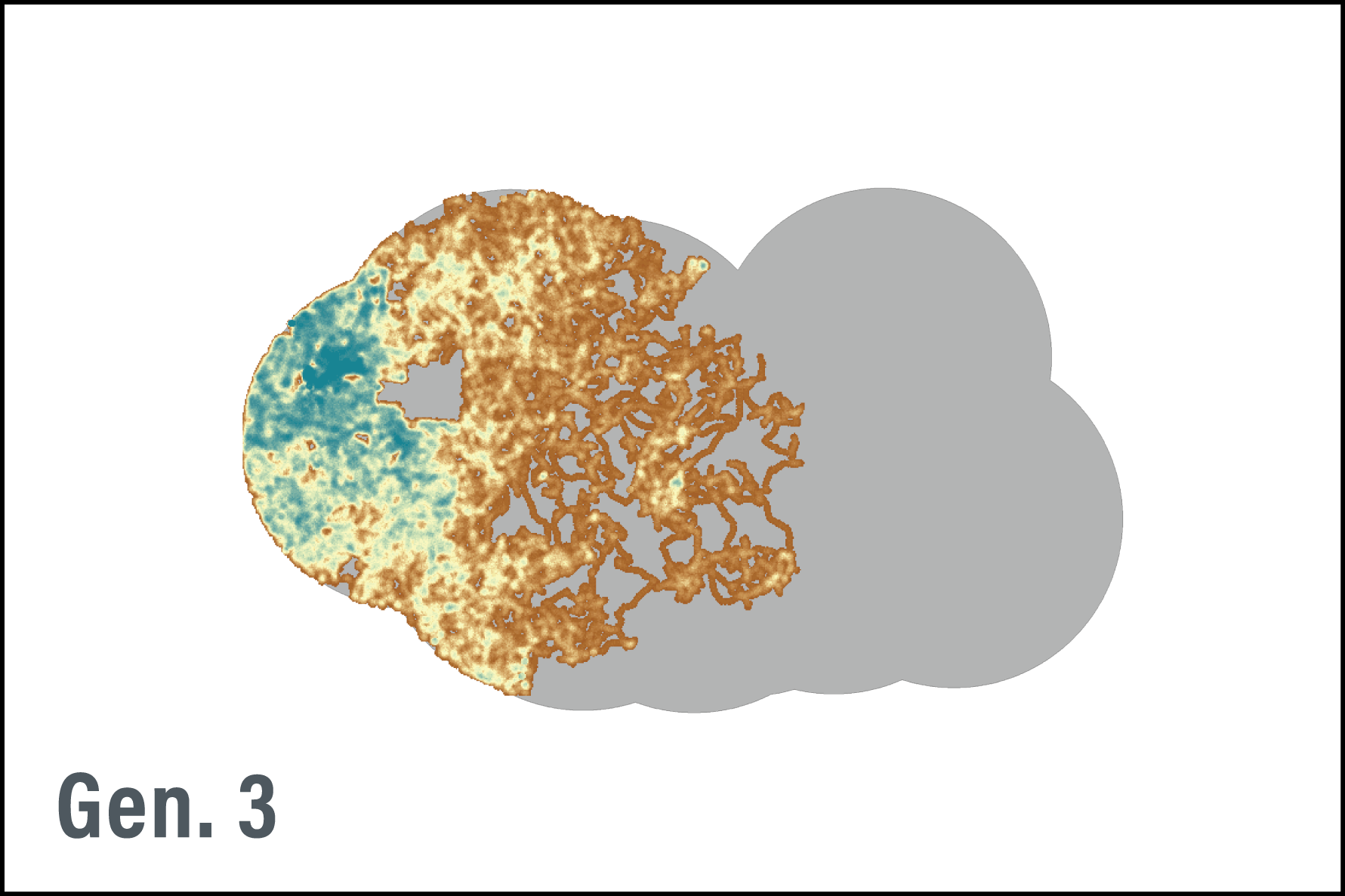 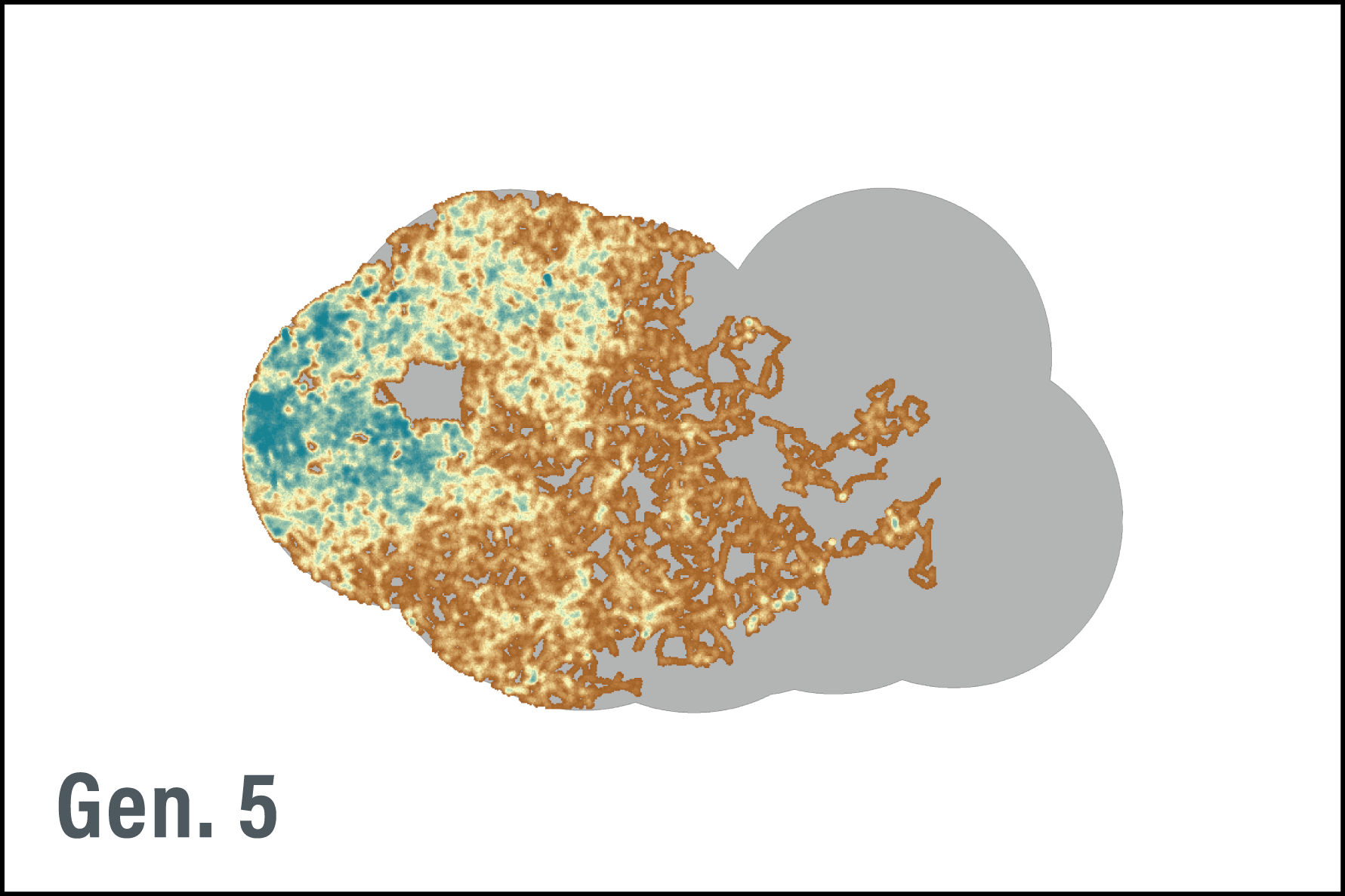 The Zollner lab used agent-based modeling to simulate the dispersal of the American marten (left) over five generations when an open pit iron ore mine was proposed in the midst of a habitat corridor between introduced populations of martens in Wisconsin and Michigan. 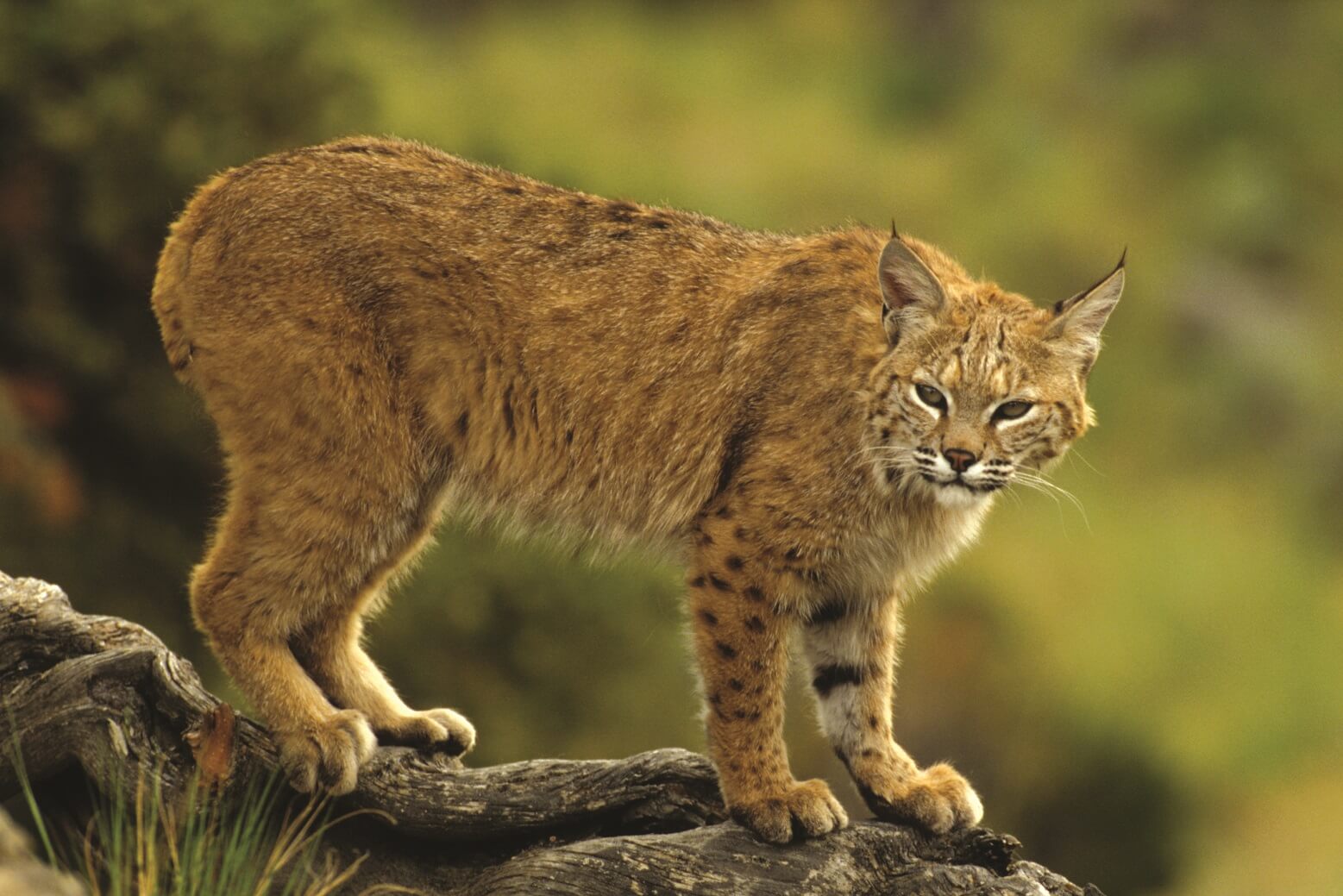 Liz Flaherty uses applied and theoretical approaches to better understand the relationship between a variety of wildlife species and their habitats, especially their responses to habitat fragmentation or loss.

Among the tools in her arsenal is stable isotope analysis. The technique compares carbon and nitrogen isotope values in animals’ body tissues to the same values from food items they might be consuming. This allows researchers to reconstruct their diet and determine the relative contribution of those potential foods overall.

“We need to know the foods animals are eating and how important those potential food items are when we’re managing and conserving habitat,” Flaherty explains.

She works with federal and state agencies to incorporate her research results into management plans. In collaboration with Maine officials, for example, she is estimating the contribution of different food items to the diet of black bears using hair samples collected since 2006.

“The state of Maine is interested in knowing how much hunting bait the bears are consuming, and if the added resource of hunting bait on the landscape is helping to increase the population,” she says. Officials can then use the information to better manage bears and potentially avoid human-wildlife conflicts.

In 2021, FNR dedicated the new 4,700-square foot Wildlife Ecology Research Facility. The state-of-the-art building expands the department’s capacity for wildlife-based research, allowing researchers to study the ecology, ecotoxicology and disease ecology for an array of species.

Made possible by a $2 million contribution from the John S. Wright endowment and a $1 million donation from the estate of 1950 alumnus Roger Voyles and his wife Sarah, the building also features a wetland mural by Gabriela Sincich, a local artist who specializes in depicting nature.

The mural is a useful conversation tool for visitors, says Jason Hoverman, professor of vertebrate ecology. “We can not only show them this mural and talk about the diversity of species found in wetlands but also have a conversation about the threats they face, knowing that over half of U.S. wetland habitats have been lost.”

One of the cascading effects of humans moving into natural spaces is contamination. “Our byproducts are ending up in these systems,” says Jason Hoverman, whose lab focuses broadly on environmental stressors in aquatic ecosystems.

More specifically, he is among several faculty researchers collaborating on the study of per- and polyfluoroalkyl substances (PFAS), ominously called “forever chemicals” because they persist in the environment.

Hoverman studies PFAS in amphibians, which are common in aquatic systems and readily take up these contaminants. His team brings breeding adults or egg masses from freshwater ecosystems back to the lab, where they study PFAS exposure in the resulting tadpoles.

His study targets the tiger salamander, American toad and Northern leopard frog. “We find these species across the eastern U.S., so if we’re seeing effects here in Indiana on our local populations, other people in other regions might be seeing similar effects,” he says. “We can also extrapolate that to other amphibian species based on physiology.”

His research is part of a larger effort to quantify the levels of PFAS that animals are being exposed to in the field. “Then we can take that information to the lab and ask, ‘At these concentrations that we find in nature, what are we seeing for adverse effects in a laboratory setting?’ It provides that environmental context for our work.”

Knowing the levels at which PFAS affect amphibians is basic and essential, Hoverman says. “We don't have that information for most wildlife species.” Scientists are trying to fill in those gaps to figure out the impact of PFAS across the animal kingdom.

LOOKING TO THE FUTURE

Flaherty, Zollner and Swihart are also among the Purdue researchers involved in the Hardwood Ecosystem Experiment. The project is one of few large-scale, longterm experimental studies of forest management and its impact on the insects, reptiles, amphibians, birds and mammals in that ecosystem.

While their forestry colleagues focus on the forest’s changing composition, the wildlife researchers examine how it impacts wildlife communities. Flaherty, Zollner and Swihart are currently studying small mammals. These seldom-seen occupants of forest ecosystems are important as seed dispersers, seed predators and food for larger animals.

“The upshot of these types of studies is to provide aids and evidence to foresters who are making decisions on how to manage our public lands,” says Swihart, who has been involved in the study since its inception in 2006.

The experiment, intended to last 100 years, emphasizes the importance of training future wildlife researchers to continue the work. People enter the field because they want to make a difference and ensure that future generations can enjoy wildlife, Flaherty says.

“We’re developing the professional skills they’re going to need to solve these ecological and management issues as well as the course content they need to learn,” Flaherty says. “By combining those things, the students come out of our program much better prepared to work as wildlife professionals.” 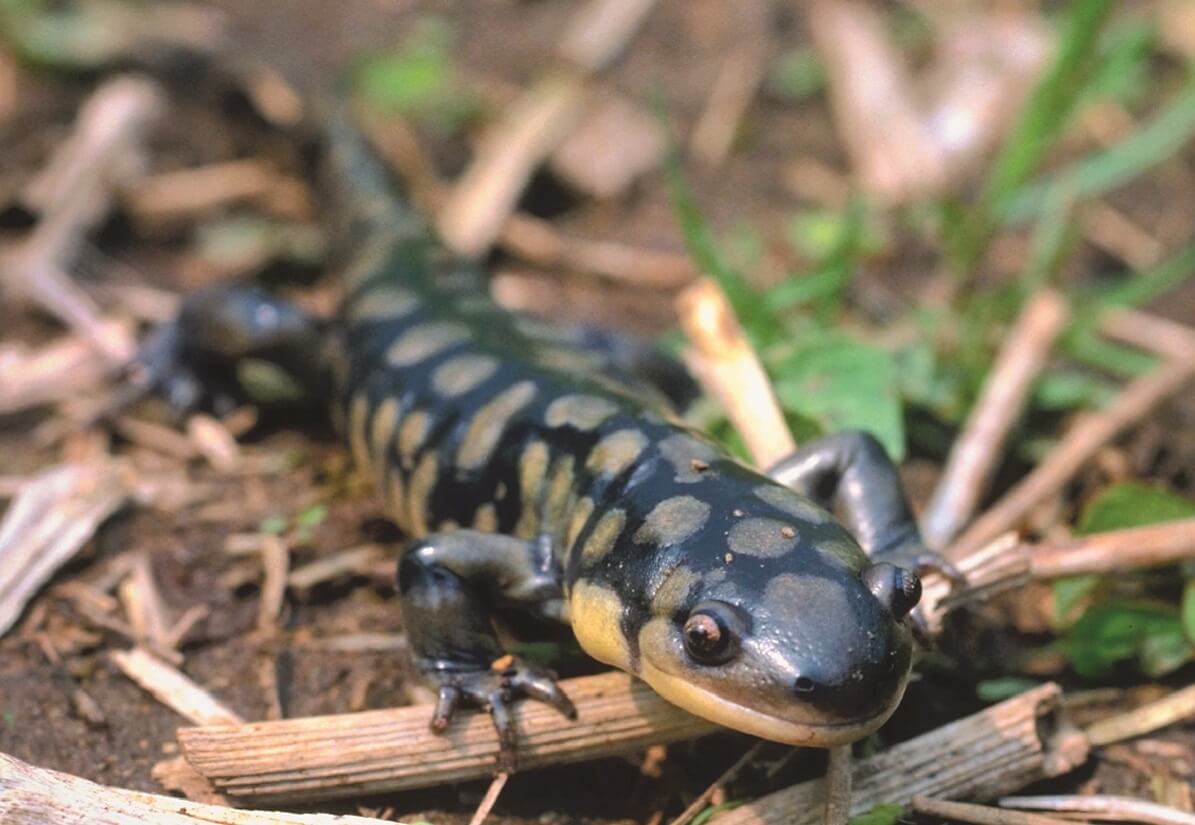 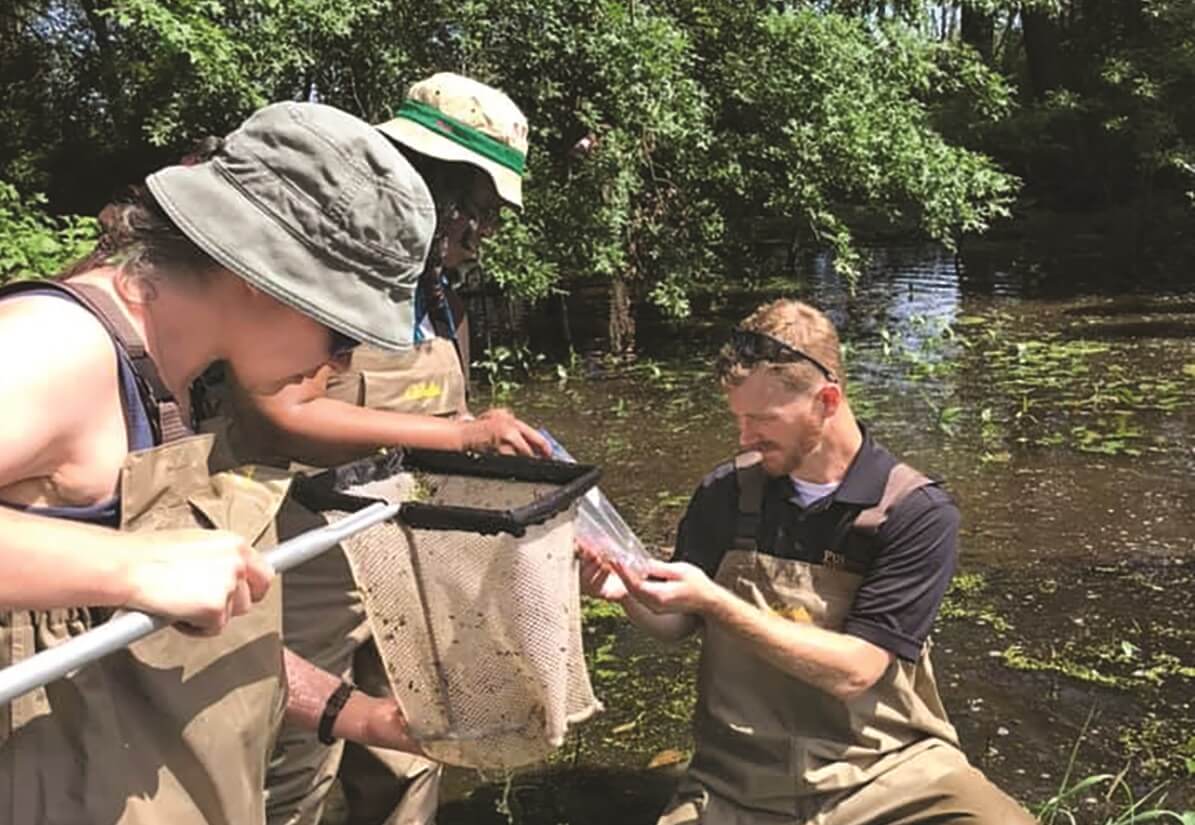 Jason Hoverman examines the health of a wetland and its wildlife.
Photo by Rod Williams.

CONNECTING IN AND ACROSS DISCIPLINES

“Collaboration is the nature of being an applied ecologist,” says Zollner, who works to integrate two distinct disciplines. “Behavioral ecologists tend to focus on individual animals, trying to understand animal behavior and the mechanisms that drive how animals respond to different circumstances,” he explains. “Landscape ecologists look at the large, landscape-scale implications of largely human activities. They do their own things in their own silos, largely. But for my whole career, I’ve been about paying attention to each other and learning from each other.”

Swihart agrees. “A lot of the tough problems can be addressed most effectively when you view them from the intersection of many different disciplines.”

He admits the daunting challenges many wildlife species face. “Global change is pervasive in its potential influence on ecosystems. It’s an open-ended question: How quickly and well can species respond to these changes? Those are tough challenges, and I don’t pretend to have ready answers for them, but they deserve a great deal of attention moving forward.”