A growing piece of ancient history in your kitchen

Want to cook like the ancient Egyptians? You don’t need a fancy cookbook or the ability to read hieroglyphics, all you really need is a sourdough starter.

Sourdough starters’ first recorded use harkens back to ancient Egypt, circa 1500 B.C., although many historians posit similar culinary devices were used as early as Neolithic times. The ability to bake bread with a complex flavor and soft interior revolutionized the Egyptian kitchen. Several thousand years later, sourdough is having another moment.

The COVID-19 pandemic has kept most people housebound and looking for new ways to occupy their time. Many have turned to culinary pursuits, including bread baking.

“A lot of people like to bake sourdough because they like its complex, tangy taste and it’s strong and crusty with a light texture inside. It also can have a longer shelf-life than other breads.” Bruce Applegate, professor of food science, said. “For example, if you’re going to have chili, you want a bread that can hold its own when you dip it.” 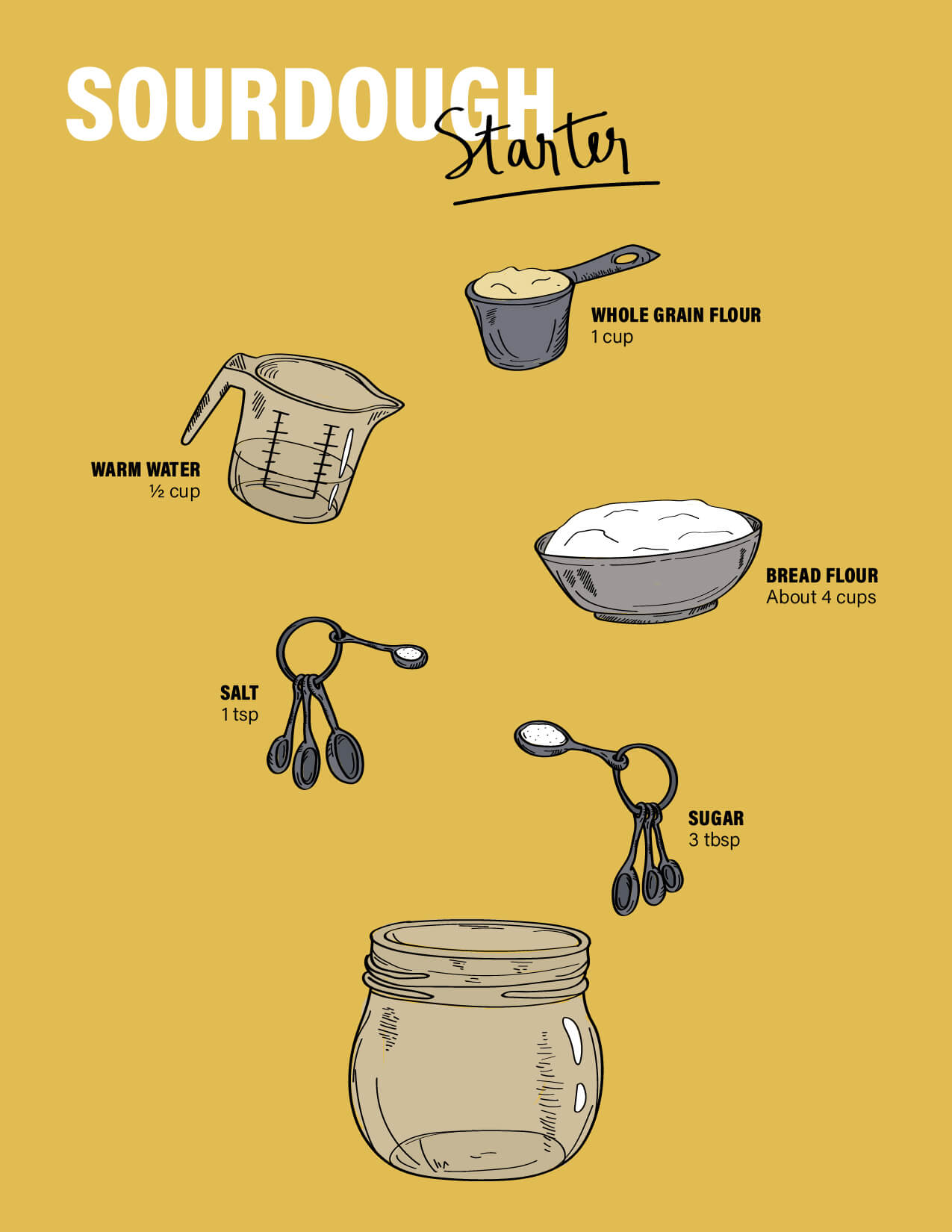 All of these attributes can be credited to sourdough’s essence: the starter. A recipe doesn’t get much simpler than a sourdough starter. Begin with equal parts water and flour, a little salt and sugar, mix and let sit. Allow the starter to sit covered on the counter and every day or so remove half the volume and add in more flour and sugar. This can then be used in place of store-bought yeast to leaven bread.

While the preparation appears basic, there are actually advanced metabolic processes at work, ensuring a well-leavened, tasty loaf. The starter gathers bacteria and yeast from its environment, harnessing them from the air, the spoon used to stir the concoction, even the inside of its jar. These yeast and bacteria help the starter ferment- the process of converting carbohydrates into simpler substrates, like alcohol or gas (carbon dioxide), and organic acids which increase the acidity of the starter.

“The most important actor in the starter is the lactic acid bacteria (LAB), even though the yeast provides the gas for leavening,” Applegate said. “These bacteria metabolize the sugars present to produce lactic and acetic acids, which helps the bread rise. It also lowers the pH level of the starter, which prevents other, harmful bacteria from taking hold.”

It’s the lactic and acetic acids, Applegate continued, that give sourdough its tangy taste and also helps extend its shelf life.

Applegate said that to develop a successful sourdough starter it must be treated like homework. It needs to receive daily attention. Part of the frustration for many people in maintaining a starter, he added, is having to discard roughly half of the material, because most people don’t bake a loaf of bread every day.

Instead of throwing it away or composting it, the starter can be used in a variety of recipes from crackers and pizza dough to beer. You can also split the starter and gift it to a friend.

In this way, starters have been passed down through generations and over vast periods of time. The metabolic process can be halted and the starter preserved by simply refrigerating it, Applegate said. Or, if you’re lucky enough to live in Sweden, you can always leave your starter at the Stockholm airport's sourdough hotel for a professional to babysit.

While it’s not possible to get food poisoning from utilizing a sourdough starter, Applegate continued, they can go off. If the starter changes color, usually from the standard beige to orange or pink, it may be time for a new batch. Typically, this indicates unwanted bacteria, which is not dangerous but will debauch the flavor and texture of the loaf.

Sometimes this happens because the starter hasn’t been tended or simply due to an overpowering outside contaminant. Like a fingerprint, no two starters are exactly the same and each one will produce a singular flavor, even loafs baked from the same starter. Over time, Applegate added, people can get a feel for how their starter impacts the flavor of their bread and also how often it needs to be tended and fed. After all, it is a living, organism.

“A sourdough starter isn’t a black box, but it does require some fineness,” Applegate added. “I like to say you have to add in flour, water and a little bit of luck.”

The Road from Farm to Table

The following questions and answers provide background and insight into how COVID-19 is impacting the food supply chain and animal welfare. The information is provided by Jayson Lusk, distinguished professor and head of the Department of Agricultural Economics, Purdue University, and Candace Croney, professor of animal behavior and well-being, and director of the Center for Animal Welfare Science, Purdue University.

Koia is a plant-based protein drink company, headquartered in Los Angeles, CA. The company’s co-founder, Maya French, recently made Forbes’ 2019 30 under 30 list. It is one of the country’s fastest-growing beverage brands, currently available in 75,000 retail locations.