Fishing may lead to rapid changes in Great Lakes fish 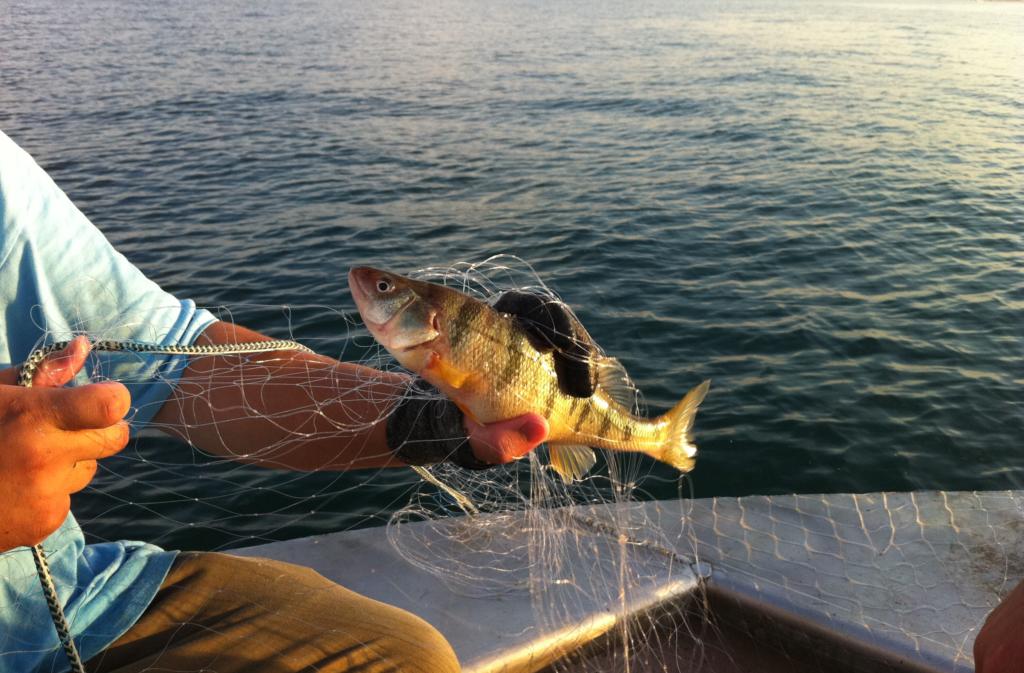 Evolution is often viewed through the lens of thousands of years. But it may have taken humans only a century or so to force evolutionary changes to fish in the Great Lakes, according to a Purdue University report.

Environmental factors over long periods of time often lead to beneficial traits in animals. But Tomas Höök, a professor in the Department of Forestry & Natural Resources and director of Illinois-Indiana Sea Grant, and colleagues believe there is evidence of fisheries-induced evolution (FIE) in the Great Lakes.

“Fishing and harvesting creates strong pressure that could select for certain genetic material in a fish population and lead to rapid human-induced evolution of the population,” Höök said.

A review, published in the Journal of Great Lakes Research, presents the case for rapid evolution, including case studies of two important fishery species — yellow perch and lake whitefish.

For yellow perch, Lake Michigan commercial fishing operations in the early 1990s overharvested perch, in particular large female fish. This led to an abundance of male fish as well as smaller females, since they were the most likely to have an opportunity to reproduce.

“Importantly, this research suggests that FIE can occur rapidly, but that changes are reversible,” wrote the authors, which included Erin Dunlop from the Ontario Ministry of Natural Resources and Forestry, as well as Zachary Feiner and Höök from Purdue.

Lake whitefish populations have been affected by overfishing and invasive species in Lake Michigan and Lake Huron. Models suggest that high harvest rates and harvesting before whitefish reach sexual maturation could lead to rapid declines in population and the size at which fish mature.

Höök said fisheries-induced evolution has been widely studied in marine systems, but more needs to be done on freshwater species since many can be important ecologically and commercially.

“We need to assess the potential for fisheries-induced evolution in these systems to better understand the extent to which fishery managers can and should think about FIE when making key management decisions affecting fish populations,” Höök said.