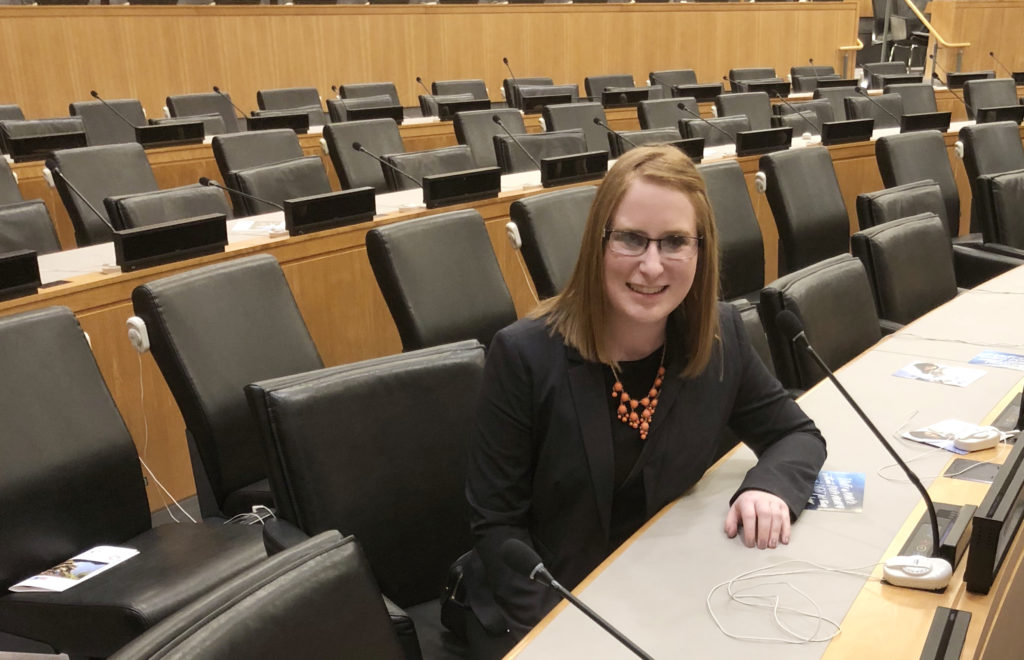 When Paige LeMaster decided to pursue a food science major at Purdue University, she never imagined that a few short years later she would find herself making a presentation at the United Nations in New York.

LeMaster always had a passion for food, whether baking for charity or developing her own gluten-free recipes. That interest is what attracted her to the food science major. But she struggled initially to find her niche in the field.

“I was missing out on something, something that had been a big part of my life in high school, which was volunteering,” she says.

So, when LeMaster was offered the opportunity to join a service learning class offered by the Engineering, Food Science and Nursing Departments, she jumped.

Water Supply in Developing Countries is a service learning project led by faculty members in all three departments. The objective is to provide students with a chance to apply what they’ve learned in the classroom to real-world situations. In this class, LeMaster added, students take the lead.

The course is focused on designing and implementing clean water solutions in countries that struggle with access to safe drinking water. So far, the class has successfully installed two systems in the Dominican Republic and is assembling its third this May in the Dominican community of El Mamey. What’s unique about the class, LeMaster continued, is its focus on ensuring the systems function well within the community they are meant to serve. “When I went to the Dominican Republic for the first time, I realized this is how I can combine my love of helping people with my food science background,” she said.

Nearly 95 percent of clean water projects fail within the first five years, which is why the service learning class takes an intensive interdisciplinary approach, one that spans from building the system to educating the surrounding community and monitoring usage. 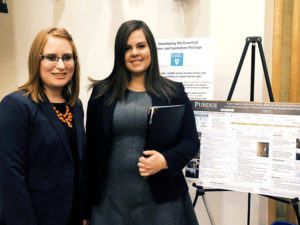 Paige LeMaster (left) and Audrey Caprio stand in front of their poster at the United Nations in New York.

When the class built its first system several years ago, for example, it relied on groundwater. In the Dominican Republic, however, rainwater is preferred for drinking and residents felt the mineral taste in the water meant it was unclean. The class altered the system to collect rain water and now uses rainwater in all its plans for Dominican Republic systems. “It’s all about understanding how local culture plays into systems design,” Audrey Caprio, another member of the service learning class, said.

The service learning course was spearheaded by engineering professor Ernest Blatchley in 2013. He invited participation from several other disciplines, which is how Ken Foster, professor of agricultural economics, became involved in the project. It’s a unique opportunity, Foster, said for students to collaborate across disciplines.

In April, LeMaster traveled with Caprio, a nursing student, to present the course’s holistic approach at the United Nation’s Students Seeking Solutions conference. The conference offered a platform to undergraduates from around the world engaged in projects that address the UN’s Sustainable Development Goal 6 – clean water and sanitation. Only six proposals were selected for presentation at the conference. LeMaster and Caprio’s project was among them.

“When we went to the UN a lot of the projects were just done by engineers,” Caprio said.

“Our interdisciplinary approach helps and is really essential because if you implement a system that isn’t used what good does it do?” LeMaster continued.

The pair added that conference attendees were shocked when a food science and nursing student were actually able to explain engineering principles and practices.

LeMaster and Caprio said they think projects pertaining to international development are an effective means to promote interdisciplinary studies because most proposals utilize concepts from the sciences, health fields and social sciences. Taking a project from an idea through to implementation, they added, requires students to broaden their areas of expertise and expand their worldview.

“If I’d attended another institution I don’t know if I’d have had an interdisciplinary opportunity like this,” LeMaster said.