apturing the interactions between biofuels and agricultural industries and their connections with other economic activities was key to a first-of-its kind study.

“This is the first comprehensive examination of market factors and policies on the expansion of biofuels production in the U.S. to examine the economic impact of these individual drivers separately,” said Farzad Taheripour, the Purdue University agricultural economist who led the study. “We found that RFS played a critical role in reducing uncertainties in commodity markets, and its most significant impact was to help farmers use their resources more efficiently. With producing more corn and soybeans, over time the farmers were able to bring fallow land that had been unused back to production, and U.S. annual farm incomes increased by $8.3 billion between 2004 and 2011, with an extra additional annual income of $2.3 billion between 2011–2016.”

Over the past 15 years, production and consumption of biofuels have increased in the U.S. due to various factors including market forces and biofuel policies, he said. The Renewable Fuel Standard, or RFS, policy requires transportation fuel sold in the United States to contain a minimum volume of renewable fuels. Examples of renewable fuels include the biofuels ethanol, most often made in the U.S. from corn; and biodiesel, most often made from soybeans. The policy was established in 2005 and was expanded and extended by the Energy Independence and Security Act of 2007.

The economic study looked at both short- and long-term price impacts of policies and other market forces on the expansion of the biofuels industry, and was able to identify the impact of each individual market driver. A paper detailing their work is available in the journal Frontiers in Energy Research.

“A hybrid of models is needed to accurately assess the situation – one model can’t capture it all,” said Taheripour, a research professor of agricultural economics and member of Purdue’s Center for Global Trade Analysis or GTAP. “An introduction of a new policy shocks the market, but only for the short term. In the long run people adjust, things stabilize and the true impact can be seen. For example, we are experiencing a shock now in crude oil. People are reacting to the war in Ukraine and to uncertainty, but we don’t yet know how it will impact the market on a scale of years or decades.”

The team developed economic analyses using both partial and general equilibrium models, which are the best modeling frameworks for short- and long-term analysis, respectively, he said. Through this work the team was able to differentiate the economic impacts of the RFS from other drivers that helped biofuels production grow, and to evaluate the short- and long-run price impacts of RFS, as well as the contributions of the policy to improvements in farm incomes and use of agricultural resources.

A key model used by the team was Purdue’s GTAP-BIO computational general equilibrium model for land use analyses related to the environmental, agricultural, energy, trade, and biofuel policies and actions. The model separates oil crops, vegetable oils, and meals into several categories. In addition to the standard commodities and services, the model includes the production and consumption of biofuels - corn ethanol, sugarcane ethanol, and biodiesel - and their by-products of dried distiller grains, commonly referred to as DDGS, and meals.

“The model takes into account the use of commodity feed stocks for food and fuel, and the competition or trade-offs between those and other market uses,” Taheripour said. “It also traces land use and handles intensification in crop production due to technological progress, multi-cropping, and conversion of unused cropland to crop production. This is the first biofuels study to be able to piece out all of these factors individually, and to combine that information with short-term models to capture finer and shorter-term impacts.”

Taheripour collaborated with Harry Baumes, a member of the National Center for Food and Agriculture Policy in Washington, DC, and Wallace E. Tyner, the late James and Lois Ackerman Professor of Agricultural Economics at Purdue.

“When we analyze policy implications, we need to look comprehensively and have a broad perspective,” Taheripour said. “The goal of my research is to guide policy makers to the best and most informed decisions that are safe and benefit us all.” 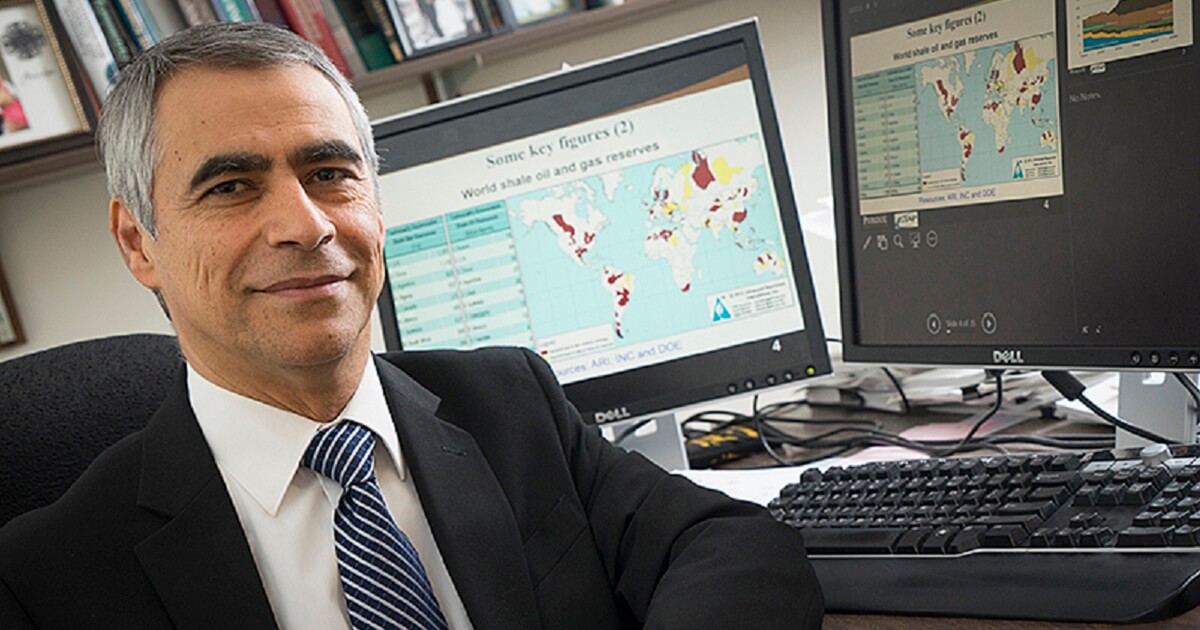 This paper examines the extent to which biofuel production has been driven over time by the U.S. Renewable Fuel Standard (RFS) and the extent to which it was driven by non-RFS policies and market forces. While the RFS has played a critical role in providing a secure environment to produce and use more biofuels, at least in the 2000s, it was not the only factor that encouraged the biofuel industry to grow. While the existing literature has successfully identified the key drivers of the growth in biofuels, it basically has failed to properly quantify the impacts and contributions of each of these drivers separately. This paper develops short- and long-run economic analyses, using Partial Equilibrium (PE) and Computable General Equilibrium (CGE) models, to differentiate the economic impacts of the RFS from other drivers that have helped biofuels to grow. Results show: 1) the bulk of the ethanol production prior to 2012 was driven by what was happening in the national and global markets for energy and agricultural commodities and by the federal and sometimes state incentives for biofuel production; 2) the medium-to long-run price impacts of biofuel production were not large; 3) due to biofuel production, regardless of the drivers, real crop prices have increased between 1.1 and 5.5% in 2004–11 with only one-tenth of the price increases were assigned to the RFS, 4) for 2011–16, the long-run price impacts of biofuels were less than the time period of 2004–11, as in the second period biofuel production increased at much slower rate; 5) biofuel production, regardless of the drivers, has increased the US annual farm incomes by $8.3 billion between 2004–11 with an extra additional annual income of $2.3 billion between 2011–2016; 6) the modeling practices provided in this paper assign 28% of the expansion in farm incomes of the period of 2004–2011 and 100% of the extra additional incomes of the period of 2011–16 to the RFS.

Professor of Agronomy Eileen Kladivko moves easily between the classroom, lab, field and farm. (She likes them all but favors the outdoors, interacting with farmers.) For her accomplishments across discovery, learning and engagement, Kladivko has received the 2022 Corinne Alexander Spirit of the Land-Grant Mission Award.