Meat science program embodies the mission of a land-grant institution

"I came into Purdue as a pre-med student,” Mariah Huge, a 2020 animal sciences graduate, says. “After the first semester at Purdue, however, I went home and told my mom I wanted to study in the meat science program. I had found my calling.”

Huge grew up on a 200-acre Indiana farm that produced livestock, was a 10-year 4-H member, showed cattle and pigs and was involved in her father’s work as a meat judge, which took him across the state. Despite this, she never considered taking her interest in livestock and meat beyond the farmyard and her upbringing until she began exploring programs within the College of Agriculture’s animal sciences department.

In the meat science program, Huge discovered the perfect marriage of applied and hard sciences, paired with the ability to help people, which was what initially drew her to pre-med. Meat science, she says, has the potential to improve the livelihoods of farmers, butchers and animals while also meeting consumer demands.

“I have learned so many professional and life skills through the labs and hands-on activities,” Huge says. “I also worked at the Butcher Block, so I’ve handled everything from essential paperwork, to selling meat to carving up carcasses.”

Huge recently began a job at the JBS Beef Plant in Pennsylvania in quality control, a position she feels prepared for thanks to her diversity of experiences at Purdue.

For Brad Kim and Stacy Zuelly, associate and assistant animal sciences professors, respectively, Huge is exactly the success story they’d envisioned when they were both brought in seven years ago to help with the meat science program. 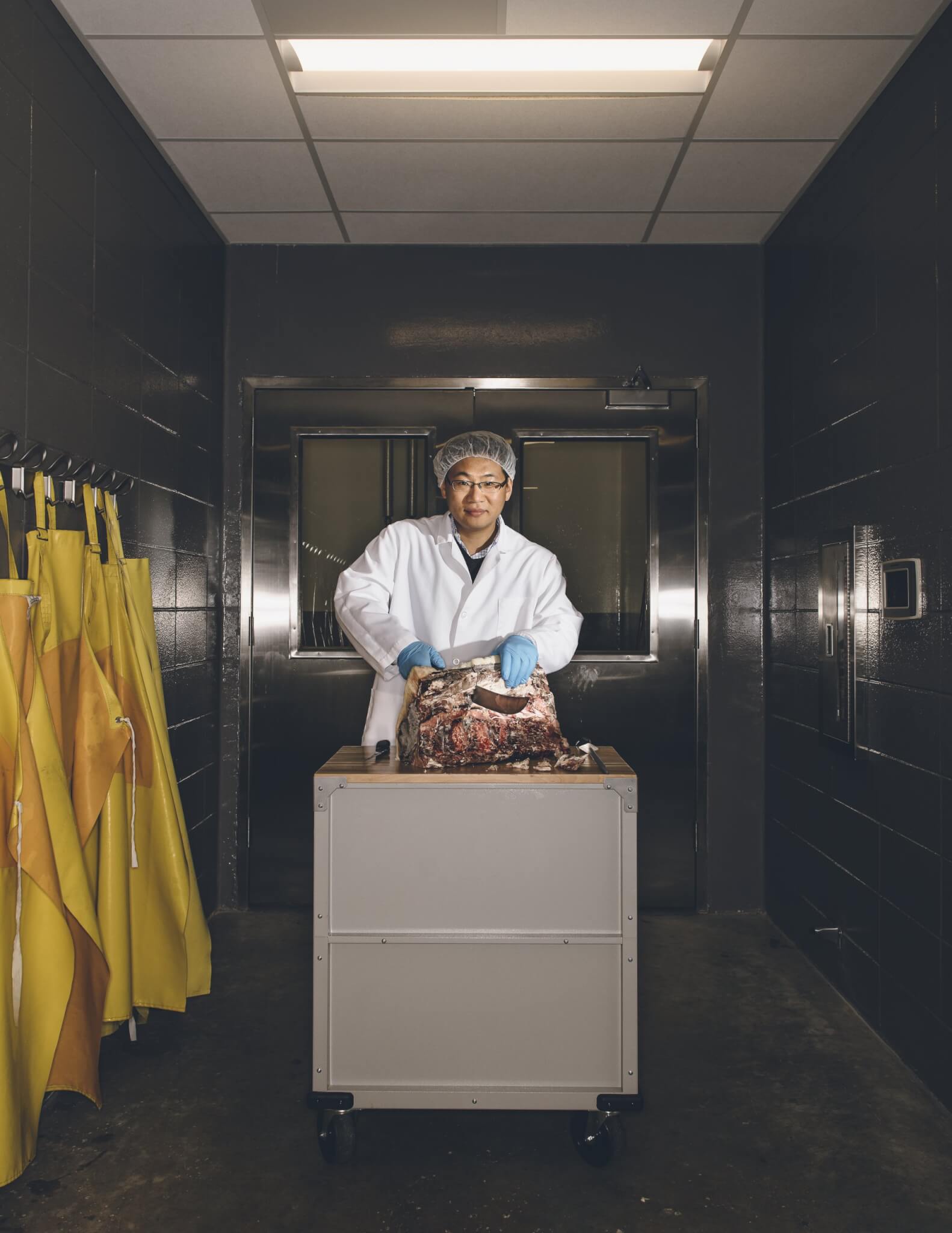 Kim was tasked with strengthening the discipline’s research program and Zuelly with creating Extension partnerships to provide education to Hoosiers and hands-on experiences for students. Zuelly says the meat science program embodies the three pillars of a land-grant institution: research, education and Extension.

“In many ways, this program is a prime example of the intersection of those three missions,” Zuelly says. “We have forward facing curriculum, which engages the public and industry, and we have our research program, which informs a lot of the outreach and education we do. And, at every level, we have student involvement, which I’m really proud of.”

Zuelly is perhaps best known for running her BBQ Boot Camp for the past three and a half years. It’s a consumer-based program that offers workshops to discuss and educate the public about cut selection, cooking techniques, rubs and marinades. The boot camp is offered through Extension offices and has also traveled to state fairs in Indiana and Michigan.

The best way to teach science, Zuelly adds, is through people’s stomachs.

“You can feed them meat while also feeding them science,” Zuelly says. “It’s really a win-win.”

Much of what Zuelly teaches in the classroom and through Extension is informed by research happening in the department, especially the work taking place in Kim’s lab. Zuelly adds that her courses evolve to incorporate best practices uncovered in his research, from dry aging practices to tumbling meat to improve tenderness.

In Kim’s lab, you will find the merger of hard and applied sciences that so appealed to Huge and many other students in the program.

“You have to have a solid understanding of biology, chemistry and biochemistry to do this research,” Kim explains. “You must have that foundation, but at the end of the day you are applying these principles to the real world.”

All of Kim’s work focuses on bringing more value to the product for the producer and enhancing consumer satisfaction. Jacob Tuell, a graduate student of Kim’s, says this is one of the most satisfying aspects of working in meat science research.

“It’s unusual in lab research to always be able to discern and observe a direct benefit, but you can see that when you help people make value-added products,” Tuell continues. He adds that the real-world applications make it easy to involve a wide spectrum of students.

Kim’s work looks at understanding the underlying biochemistry of meat and how that impacts its flavor, juiciness, marbling and color. He also focuses on applying newly developed technologies in industry settings and how to extract important functional ingredients, like proteins and amino acids, to create novel products.

“Meat science is a field where it’s easy for undergraduates to get involved with research because the concepts are not that abstract. It’s not difficult to grasp the concept of designing meat to be more tender and flavorful.” 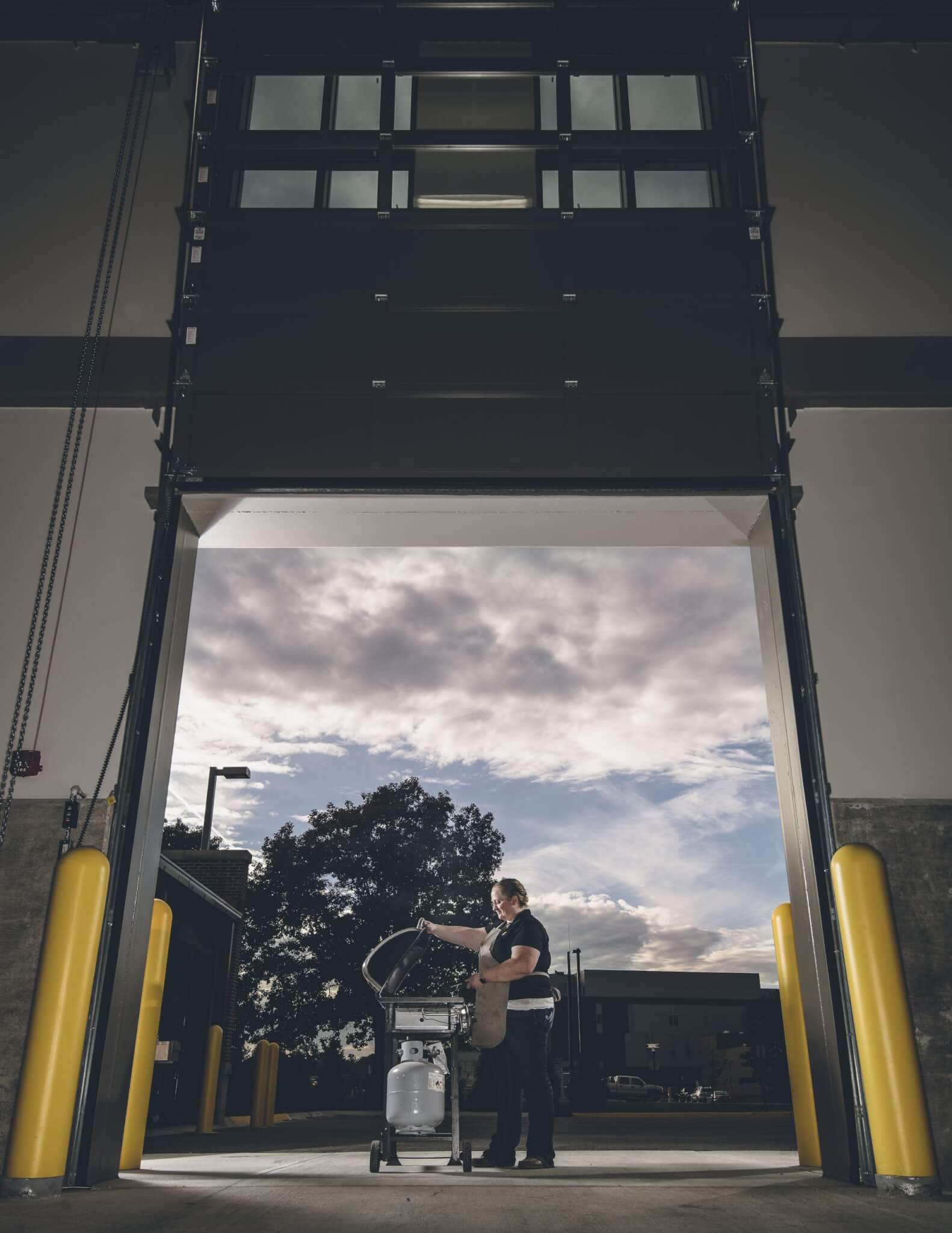 In the seven years Zuelly and Kim have worked together, they have sent a number of undergraduate teams to national conferences and competitions where their work has met with great acclaim and bolstered the reputation of the program.

“Undergraduates are the core, the essential element of the program,” Kim says. “And we have been very successful in training them and affording them a variety of opportunities.”

One of the key opportunities the program offers is the chance to work with the Boilermaker Butcher Block, like Huge did throughout her tenure at Purdue. Blaine Brown, Butcher Block manager, says it’s a selling point for many students.

“Students working with the Butcher Block have the opportunity to gain an enhanced understanding of the physical anatomy of animals, in living and carcass form, physical qualities of meat, point of sale systems and the stability of different meat products,” Brown continues. 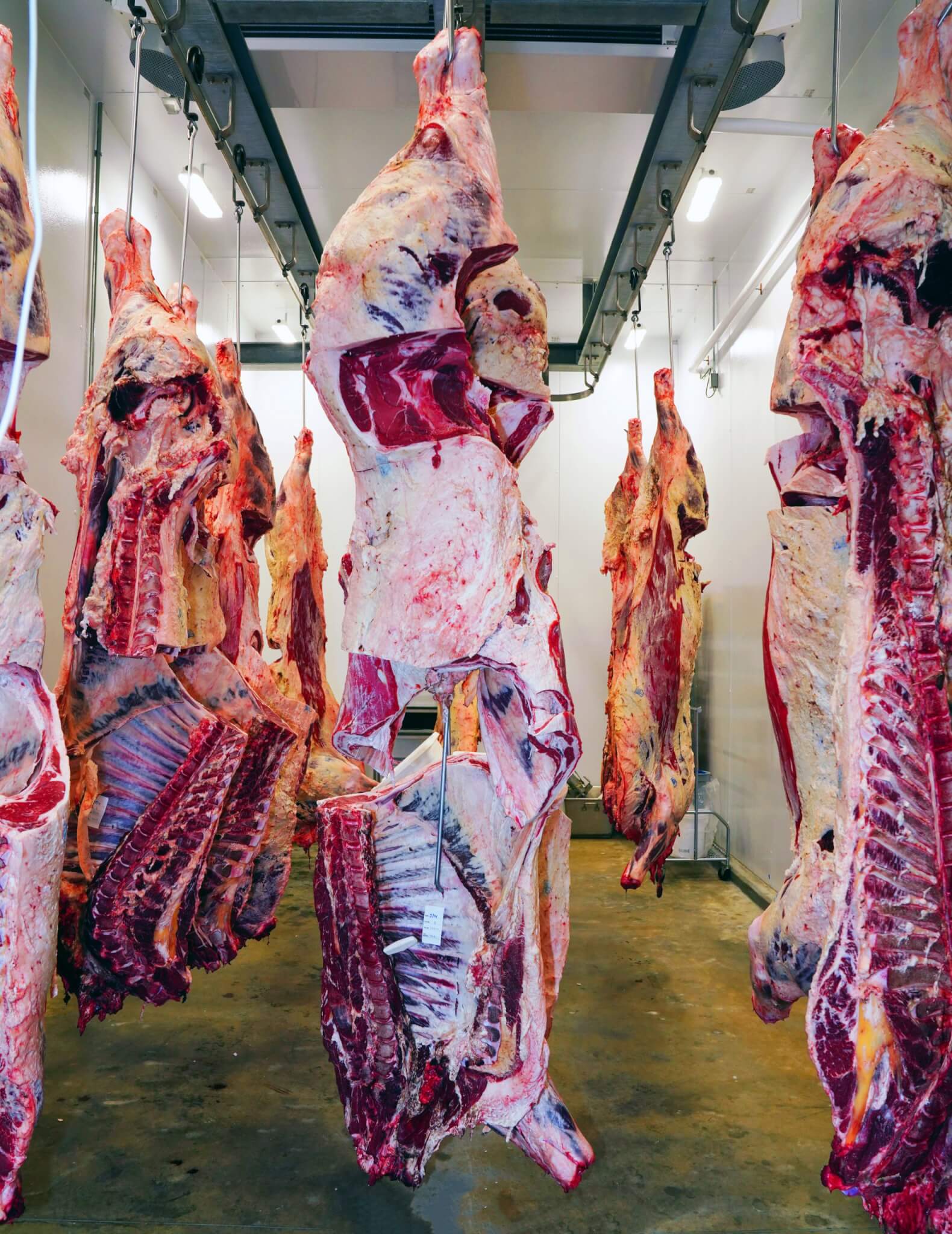 For students like Huge, it was also a great way to understand the burden of responsibility on meat producers and processers in terms of quality control and food safety while supported by faculty and students in the program. It is a component of her education that she credits with affording her more personal and professional confidence.

“I worked at the Butcher Block for most of my time at Purdue,” Huge explains. “I collaborated with Blaine and worked my way up to being a lead. It made me feel like I’d accomplished something major that I was allowed to take the lead on harvesting days, for example. Because of this I know I’m prepared for my next step.”

Ultimately, Zuelly says, this is the goal of the program — to provide students with the experience they need while facilitating the partnership of different program areas to advance the field and offer students the best chance at success.

“I’m proud of how we’ve grown over the last several years,” Zuelly says. “We have more students graduating and going into research or industry positions than in the past 20 years. I am proud of our students. They are a reflection of the program and our commitment to the field.”

A growing piece of ancient history in your kitchen

Want to cook like the ancient Egyptians? You don’t need a fancy cookbook or the ability to read hieroglyphics, all you really need is a sourdough starter.

Sourdough starters’ first recorded use harkens back to ancient Egypt, circa 1500 B.C., although many historians posit similar culinary devices were used as early as Neolithic times. The ability to bake bread with a complex flavor and soft interior revolutionized the Egyptian kitchen. Several thousand years later, sourdough is having another moment.

Maria Marshall, professor of agricultural economics, has an updated take on that old Tolstoy adage: “Happy families are all alike; every unhappy family is unhappy in its own way.”

Unlike the Russian author, Marshall opts for brevity: “All families are somewhat dysfunctional.”

“Purdue professors do a very good job of helping students learn how to address complex issues,” explained Ross Jabaay, who entered the world of meat science over 50 years ago. Whether in the military, laboratory or board room, Jabaay says he was able to use the tools he acquired at Purdue to find the answer to any questions he faced.