American eels are born in the Sargasso Sea, a region of the Atlantic Ocean that contains much of the Bermuda Triangle. Scientists are yet to observe where in this area the eels spawn.

Upon hatching, American eels float around as flat, transparent larvae. Largely at the mercy of the currents, the eels drift toward the Atlantic coast. The journey can take over a year.

When they near the shore, they metamorphose into their second of five stages. At this age, they become cylindrical and reach four inches in length.

In the estuary waters where rivers meet the sea, American eels enter a juvenile stage. Their pigmentation changes causing them to lose their transparency. At this point, environmental factors and population density determine the sex of the eel.

Females migrate upriver while the males stay close to the coast. Consequently, only female eels are found in Indiana. The eels that reach Indiana travel north along the Mississippi River. They can even travel on land for short distances when faced with obstacles. 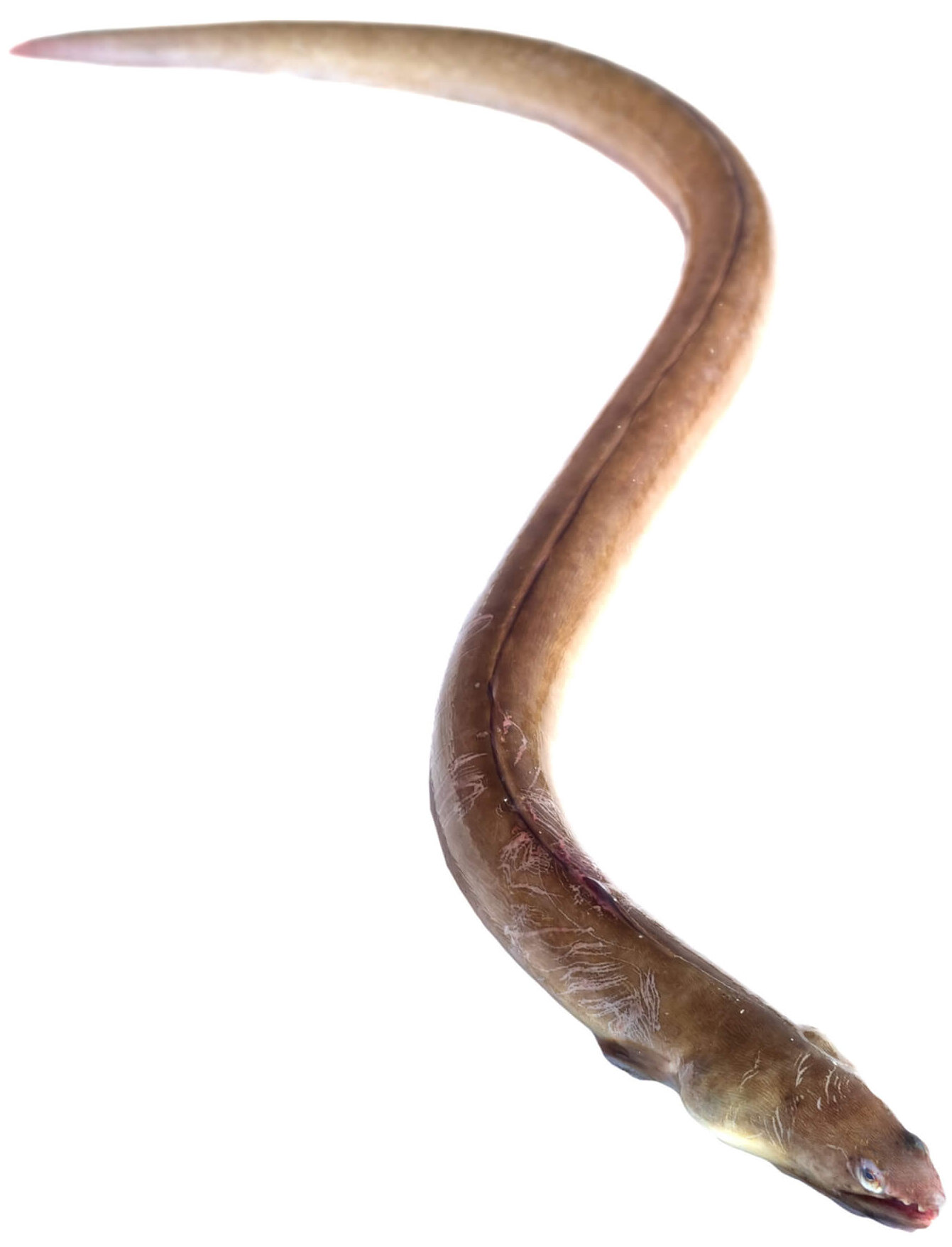 American eels can reach five feet in length during the fourth stage, which lasts up to 40 years. In this phase, they are nocturnal, bottom-dwelling predators that rely on their acute sense of smell.

“American eels are opportunistic hunters,” explained Reuben Goforth, associate professor of aquatic ecosystems. “Their flexibility gives them lots of options when seeking their prey.  They primarily eat invertebrates like aquatic insects and crayfish, but if they come across a small fish, it’s going to be on the menu too.”

Toward the end of their lives, the eels’ bodies adapt one final time to prepare for their journey back to the Sargasso Sea. Their digestive tracts degenerate and their fat reserves increase. Their pectoral fins enlarge and their eyes double in size.

When they reach the sea, the female eels lay millions of buoyant eggs and die.

While the eels are well-traveled, Goforth describes them as secretive creatures.

“I suspect they are more common than we think they are because the opportunities to see them are so small. American eels like to hide. They are nocturnal and their elongated body makes it easy to get into complex habitats like root wads of trees, aquatic vegetation and rock crevices. They can even burrow into the mud or sand.”

While it is rare to encounter an eel in Indiana, Goforth thinks their signature adaptability could increase their numbers in the state. “American eels are being threatened by hydroelectric dams. The Mississippi River Basin (which includes the Wabash River) might become more important to American eels in the future because there is less manipulation. We might see some shifts as habitats are lost. It’s speculative, but it’s a possibility that will be very interesting to monitor.”