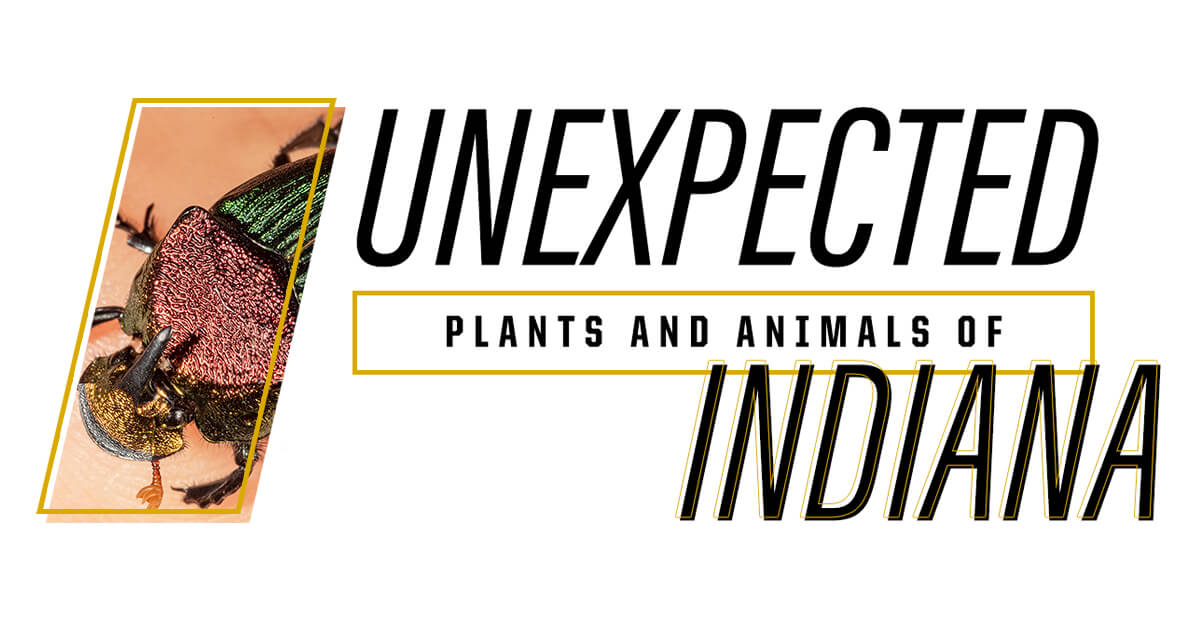 “Dung beetles are found wherever there is a plethora of livestock, so they are common throughout Indiana,” said Jacob Pecenka, an entomology Ph.D. student who studied dung beetles for his master’s degree. “The rainbow scarab’s range hypothetically extends throughout the entire state, although when they are found, it is usually in Southern Indiana.” 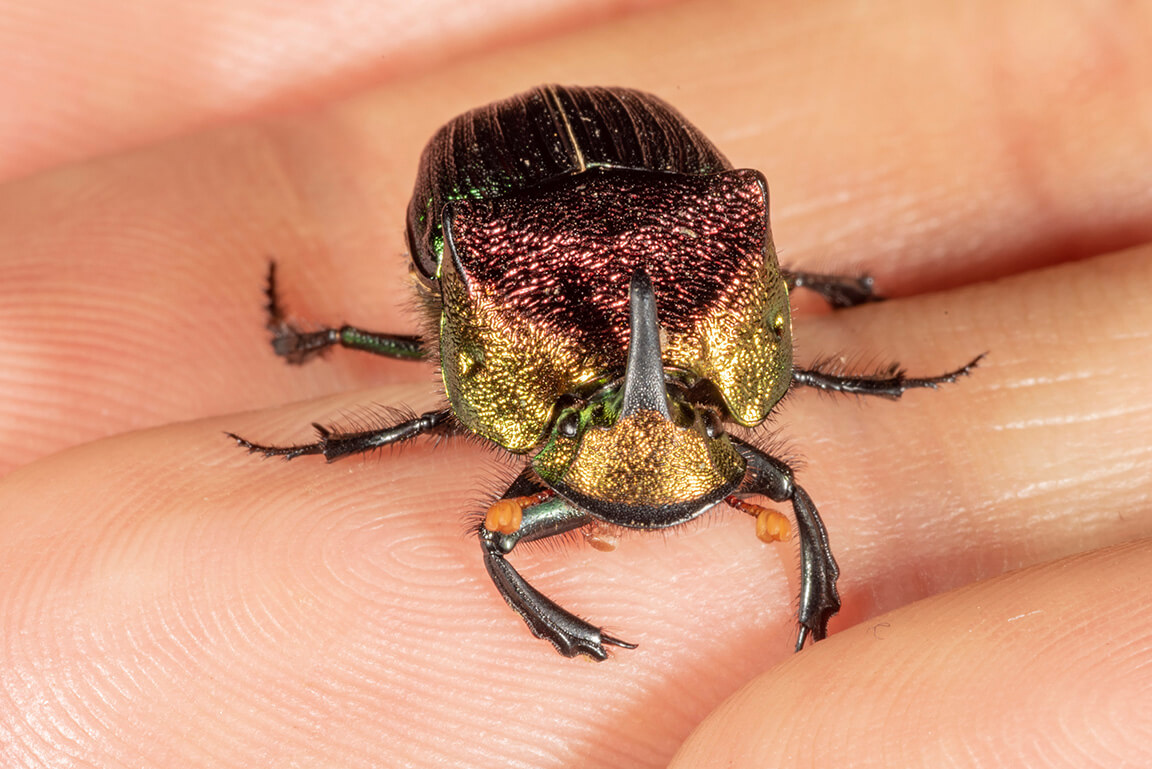 Dung beetles are responsible for recycling dung from livestock and wild mammals. They accomplish this either by consuming or burying the dung, which accelerates nutrient cycling in a pasture or wilderness area. While most dung beetles are small and a dull brown or black, the rainbow scarab is distinctive not just for its coloring but for its size and horn as well.

“This is one of the larger species in the family of dung beetles found in Indiana,” Pecenka explained. “The most common species range from the size of a grain of rice to a baked bean, but the rainbow scarab is roughly the size of a thumbnail. It can also be identified by the larger horn on its front.”

The rainbow scarab’s horn, largest on males, is primarily used to attract females and fight other males during mating, much as animals like rhinoceroses use their horns.

Perhaps the most interesting fact about the rainbow scarab, Pecenka added, is their natural propensity to create microecosystems within dung piles, building infrastructure that resembles roads and tunnels.

“The rainbow scarab will make a highway system through a dung pat, complete with tunnels,” Pecenka said. “Other insects will then utilize those pathways. For example, spiders might use the tunnels to hunt for other insects that are attracted to the pat.”

Both genders of the scarab will tunnel throughout the dung, but the specieis is also known for the chambers they create underneath the pat. Mature rainbow scarabs will pull dung into the hollowed out space and produce a brood ball, which feeds off the dung and remains protected and insulated by the soil.

“Lots of studies have been done about what kind of dung attracts beetles like the rainbow scarab,” Pecenka said. “If you read between the lines of those studies, you’ll see that often the most attractive excrement for the dung beetle is human. You have to wonder how they found that out.” 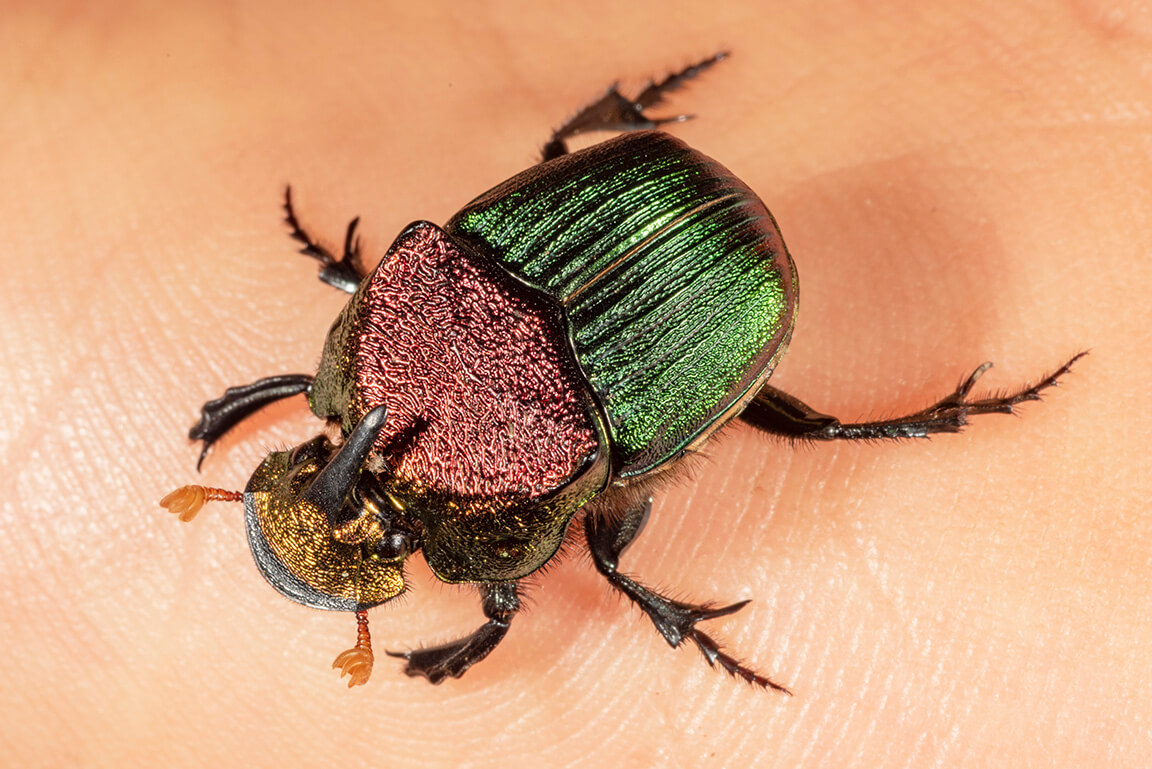