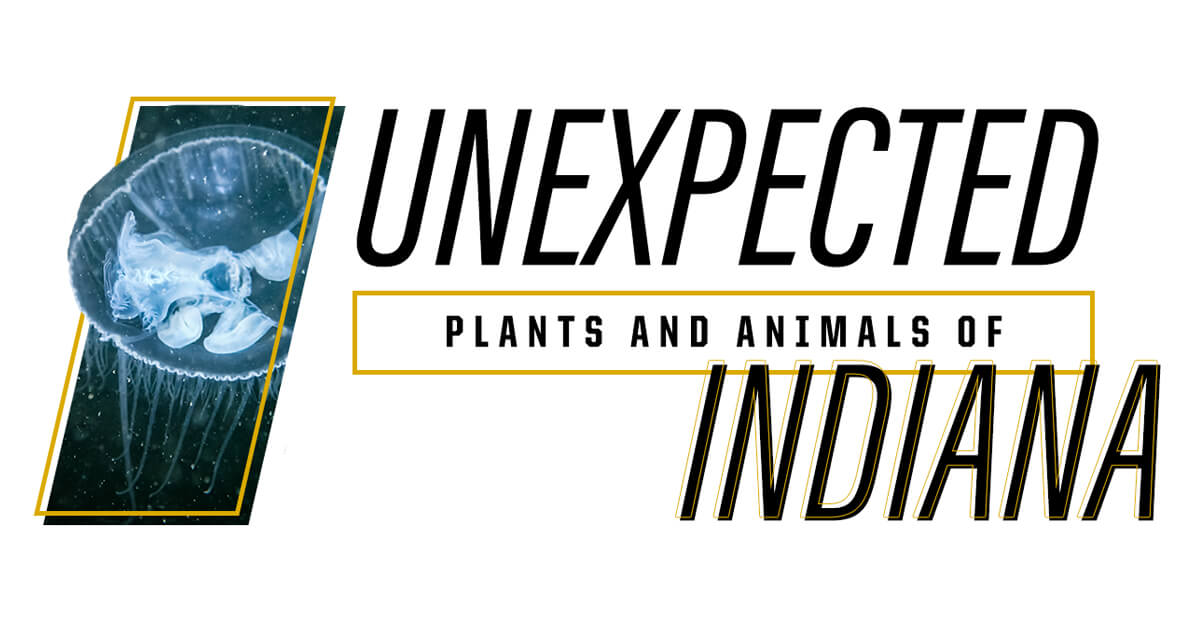 imple and complex are antonyms, but not with jellyfish.

Jellyfish lack brains, bones, hearts and lungs. More than 95% of their bodies are water. Early scientists debated whether jellyfish were even animals, commonly labeling them “zoophytes,” intermediaries between animals and plants.

Jellyfish meet biology’s modern criteria for classification as animals, yet are not fish despite their name. Their lack of backbones makes them members of the phylum Cnidaria, which includes coral and sea anemones.

Freshwater jellyfish (Craspedacusta sowerbyi) are found throughout the United States and on every continent except Antarctica. They have even been found in bodies of water across Indiana including lakes, ponds, streams and rivers.

“They are unpredictable and episodic,” explained Reuben Goforth, associate professor of aquatic ecosystems in Purdue’s College of Agriculture. “Jellyfish can suddenly appear in a lake where they have never been recorded and may not be seen again for years.”

Goforth explains that sightings typically occur in August and September during the warmest weeks of the year.

“Freshwater jellyfish exist in a resting stage for long stretches of time. Occasionally, they transform into a mobile medusa stage coinciding with the availability of their prey, zooplankton.”

When freshwater jellyfish encounter zooplankton, stinging cells in their tentacles called cnidocytes are triggered. Jellyfish fire small projectiles that deliver a toxin to immobilize their targets. Then the tentacles drag the paralyzed prey into the jellyfish’s body where they are slowly digested.

Fortunately, the predators pose no threat to humans. While saltwater jellyfish are known to sting swimmers, their freshwater counterparts rarely reach an inch in diameter, remaining too small to break human skin with their tentacles.

The nonindigenous species is believed to have originated in China’s Yangtze River. While it is uncertain how they made their way to America, scientists have a better understanding of how they travel across the state, Goforth explained.

“There seems to be a fair amount of evidence to suggest they are spread by waterfowl. They can stick to the feet and feathers of birds as they travel.”

Goforth cautioned that whenever new species are introduced to an ecosystem, its balance could be threatened. However, according to his observations, the impact of freshwater jellyfish in Indiana has been more of a ripple than a wave.